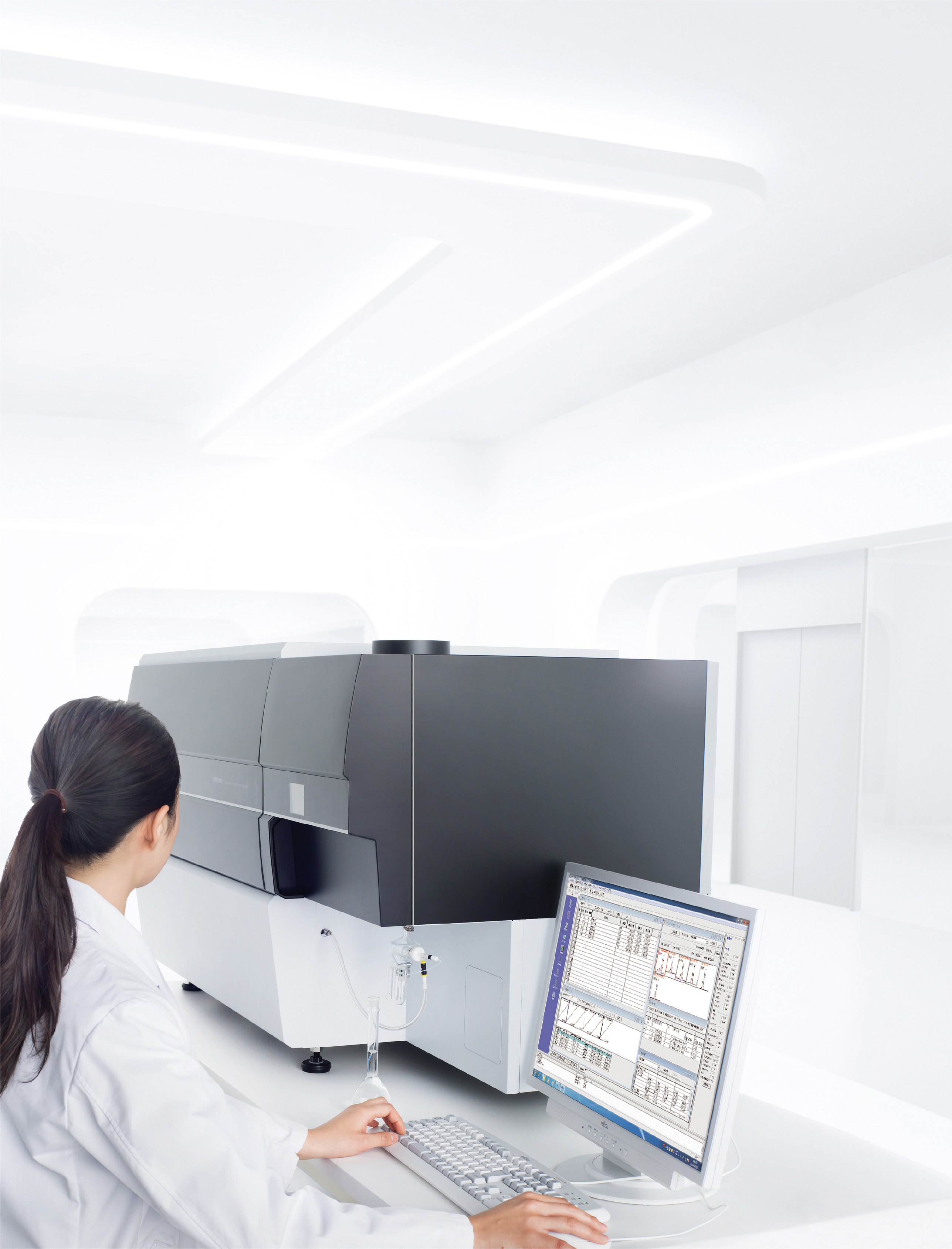 For more than 30 years, inductively coupled plasma (ICP) has been used commercially as an excitation source for optical emission spectrometers and has become an indispensable tool for daily routine applications.

Since the introduction of the first sequential ICP-OES spectrometer ICPQ-100 in 1977, Shimadzu has been a driving force in technical innovation. The ICPS-8100, for instance, features exceptional light intensity while achieving high resolution. The optical systems with 1-meter monochromator have defined standards in this instrument class. With the launch of the ICPE-9000 in 2005, a simultaneous system with vacuum optics and minitorch was introduced.

The new ICPE-9800 series is a follow-up to this success story and sets a new milestone in ICP-OES instrument technology.

The new simultaneous spectrometers in the ICPE-9800 series are equipped with vacuum high-performance optics and use a 1,024 x 1,024 pixel CCD (charge-coupled device) detector. This system allows simultaneous acquisition of spectral data over the entire wavelength range of 167 to 800 nm without exception, i.e. all element information and wavelengths are available to the user at any time.

The intelligent ICPEsolution software enables automatic wavelength optimization as well as correction of interferences. Assistant functions help to develop methods and to evaluate the results.

In the new ICPE-9800 series, there was particular emphasis on minimizing operating costs as well as on high performance. For instance, argon consumption is reduced to 10 L/min due to the minitorch technology. The vacuum optics do not require purging of the optical tank with argon or nitrogen, as is common in many spectrometers.

Moreover, the energy-saving Eco mode enables further reduction of argon and energy consumption during standby operation between measurements. Using 99.95 % pure argon instead of the commonly used 99.999 %, only required for purging the optics, is an additional savings potential. In this way, up to 20,000 Euro can be saved over a three-year operating period.

The accessories program includes a wide selection of pneumatic nebulizers, nebulizer chambers and ultrasonic nebulizer for various sample materials. Combining with autosamplers such as the ASC-9800 or the ASX-520 enables fully automated multi-element analysis. Through the use of the ASXPress PLUS sample introduction system, measuring times of less than one minute can be achieved for the highest possible sample throughput and reliable results.