FTIR analysis of polymers in fulmars

In the autumn of 2014, the ‘Fulmar Litter Monitoring’ workshop* organized by IMARES (Institute for Marine Resources & Ecosystem Studies) took place on the Dutch island of Texel. The workshop focused on the analysis of stomach contents of dead fulmars (Fulmarus glacialis) that were found along the shores of the North Sea. 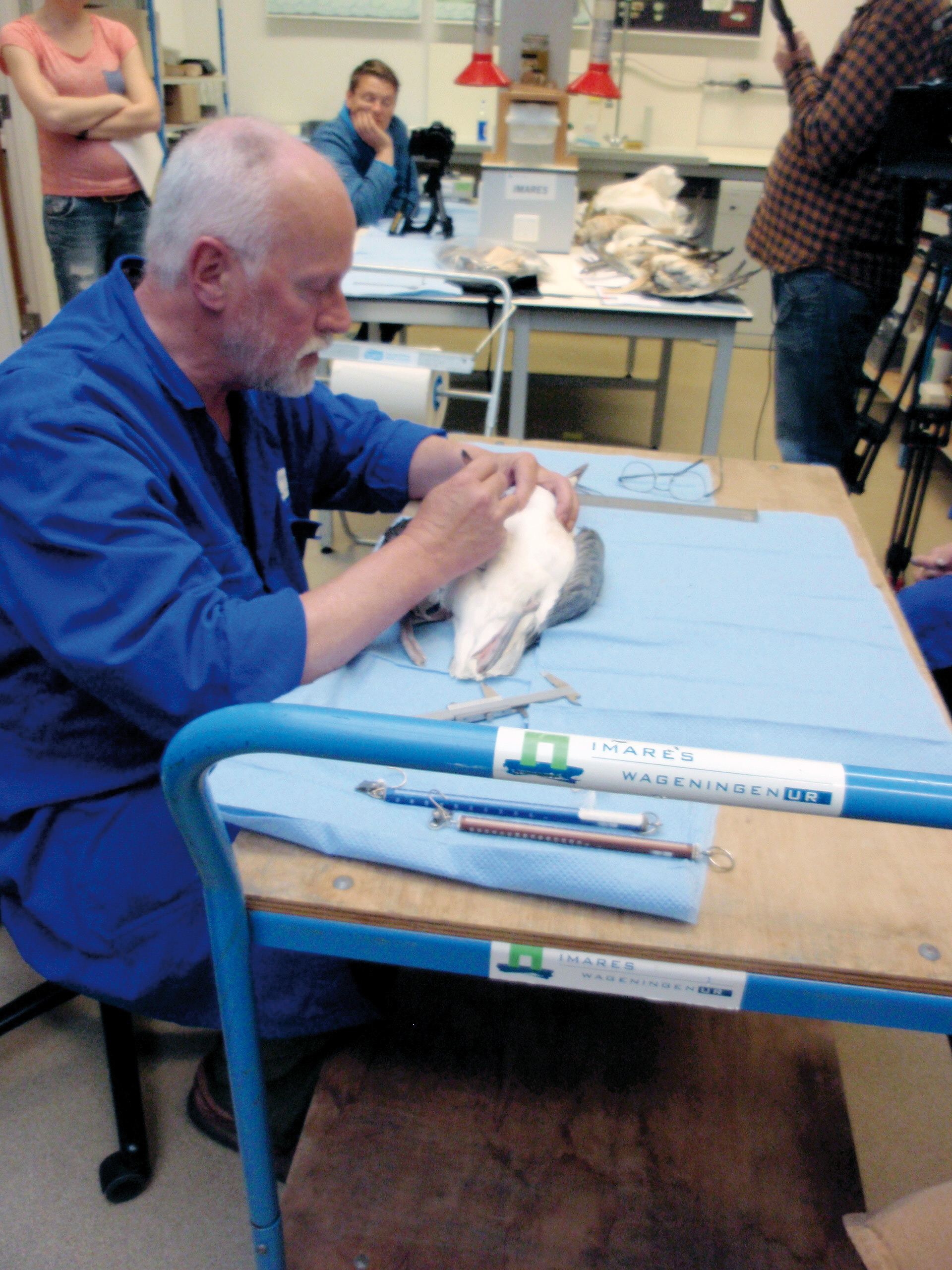 Figure 1: Dr. J.A. van Franeker during the workshop (2014) dissecting a young bird, whose stomach contents are shown in Figure 2

During the workshops, the participants under the guidance of Dr. Jan. A van Franeker (Figure 1) learned how to examine the birds externally and internally in order to categorize the animals in terms of age, gender and other important features.

After external inspection, the bird is examined internally. For the application described here, the stomach content of the bird is of interest. The stomach of a fulmar extends virtually over the entire body of the bird, as it has to digest whole fish. The stomach is actually subdivided into two stomachs: the proventriculus and the gizzard. Predigestion takes place in the proventriculus and hard parts are ground in the gizzard and converted to food (Figure 2). 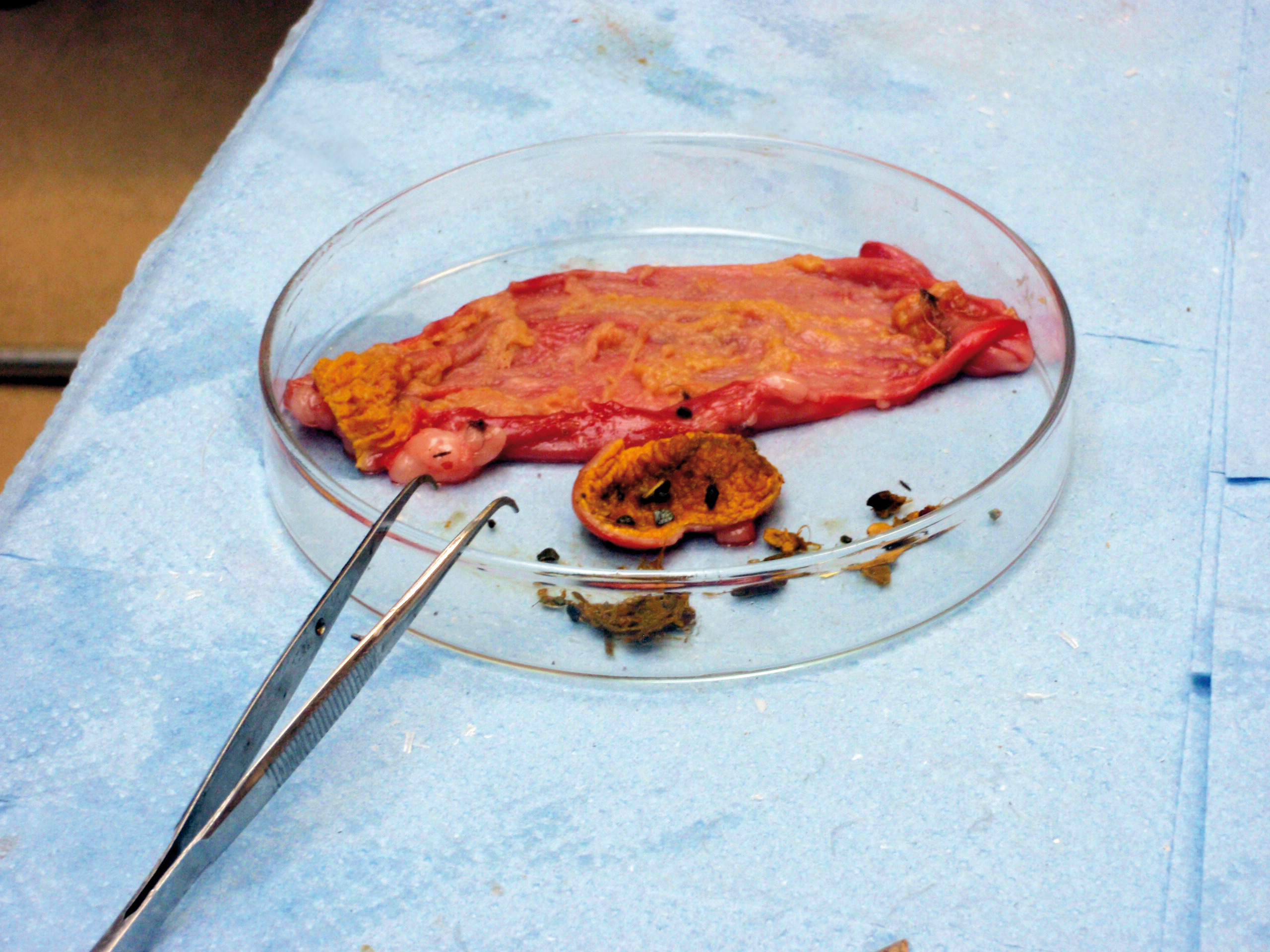 Figure 2: Stomach content of a fulmar, including many polymer particles in various sizes and appearances. For years this research has been carried out and recorded statistically by Dr. van Franeker. 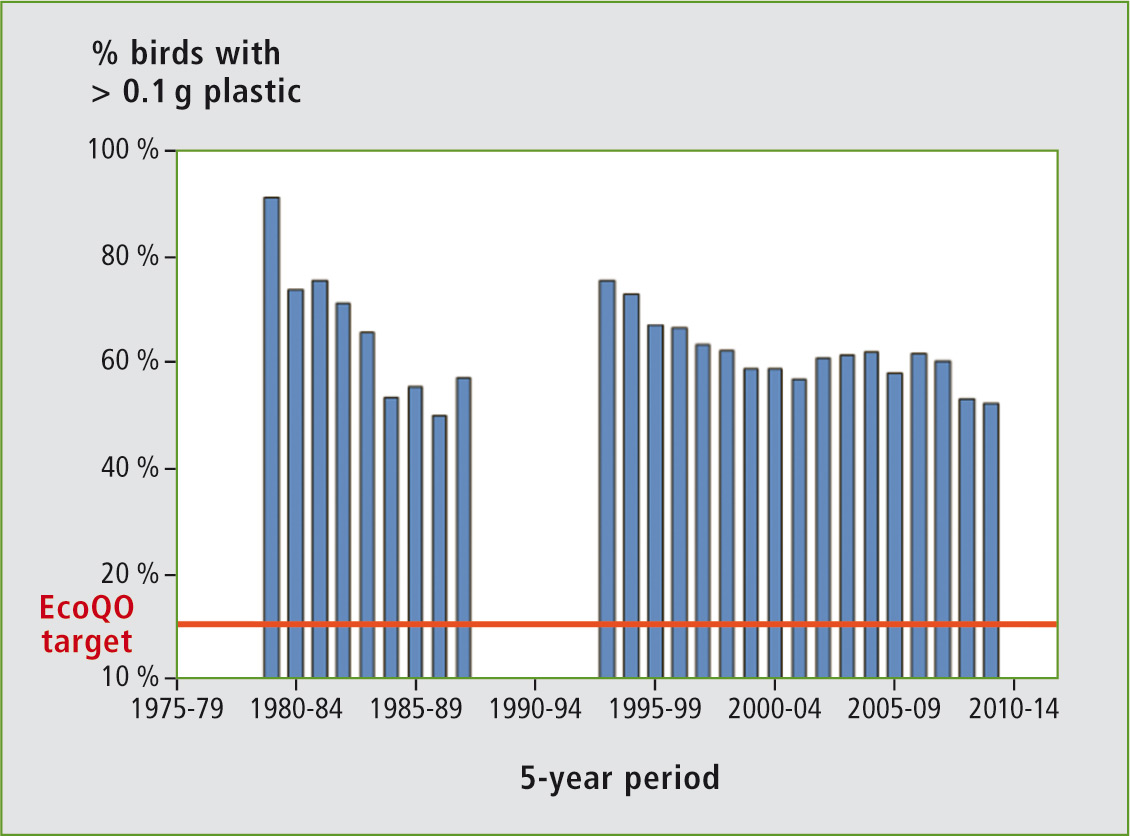 Figure 3: Trend analysis (5-year summary) for the occurrence of plastics in the stomachs of fulmars in the Netherlands. The trend shows a slight drop over the years, but it is still significantly far higher than the EcoQO target which is to reduce the percentage of birds with more than the limit value of 0.1 g of plastic in their stomachs to below 10 %.

The North Sea countries have recognized the threat posed by plastic waste since many years, and their goal is to reduce the concentration of plastics in the ocean to such an extent that most fulmars will contain less than 0.1 g of plastic in their stomachs (i.e. not more than 10 % of the birds containing more than 0.1 g). These values are not statistically attained in the 5 regions of the surrounding North Sea coastlines (Figure 4).

Figure 4: This is the regional statistic of the surrounding North Sea countries for the occurrence of plastic in the stomachs of fulmars in the North Sea, whereby the 10 % target of the EcoQO was included for comparison in the bar chart

Although fulmars feed on anything that swims, such as fish and squid, the birds also consume plastic wastes. They mistake plastics for food. Plastics can accidentally be taken in during fishing or the plastic can already be contained in the fish they eat. The fulmar fishes on the ocean surface up to a maximum diving depth of 2 m, where mainly light polymers such as polyethylene and polypropylene are present.

Plastic waste is very diverse in appearance. This is why an optical categorization has been introduced, for example industrial, applied/used, non-plastic and pollutant.

Exact statistics for fulmars in the Netherlands from 2009 to 2013 were: 227 fulmars were examined, 94 % had plastic materials in their stomachs. The mean value of material per stomach was 28 particles with a total weight of approx. 0.3 g. The critical EcoQO value of 0.1 g plastic was exceeded in 52 % of the birds [1]. 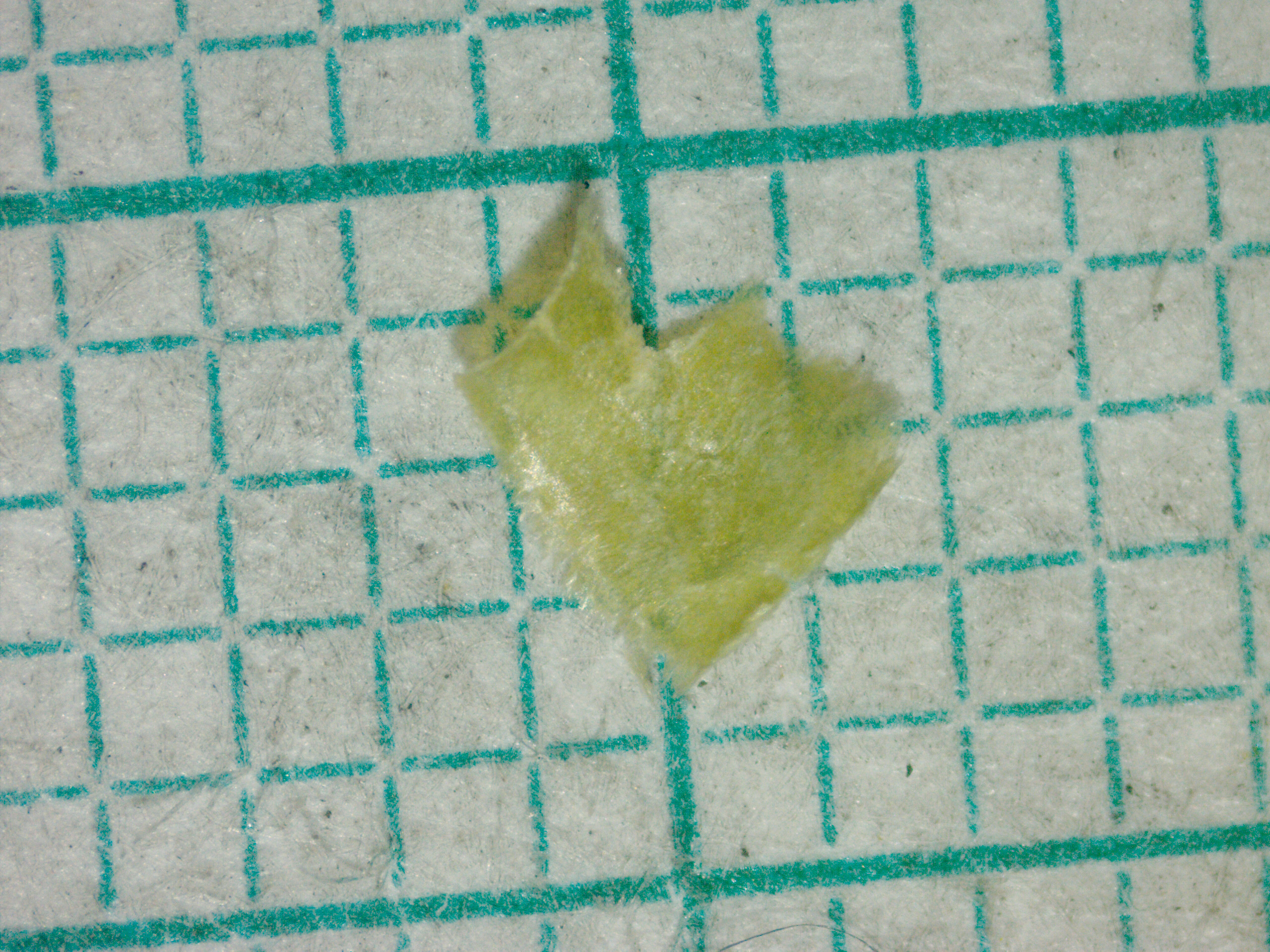 Figure 6: FTIR spectrum of a thin foil, which was measured using the Quest diamond single-reflectance unit

This amount may seem very little – but in terms of the body weight of a fulmar, 0.3 g of plastic would correspond to 20 g of plastic in a person weighing 70 kg, i.e. one fifth of a bar of chocolate (see figure 5). 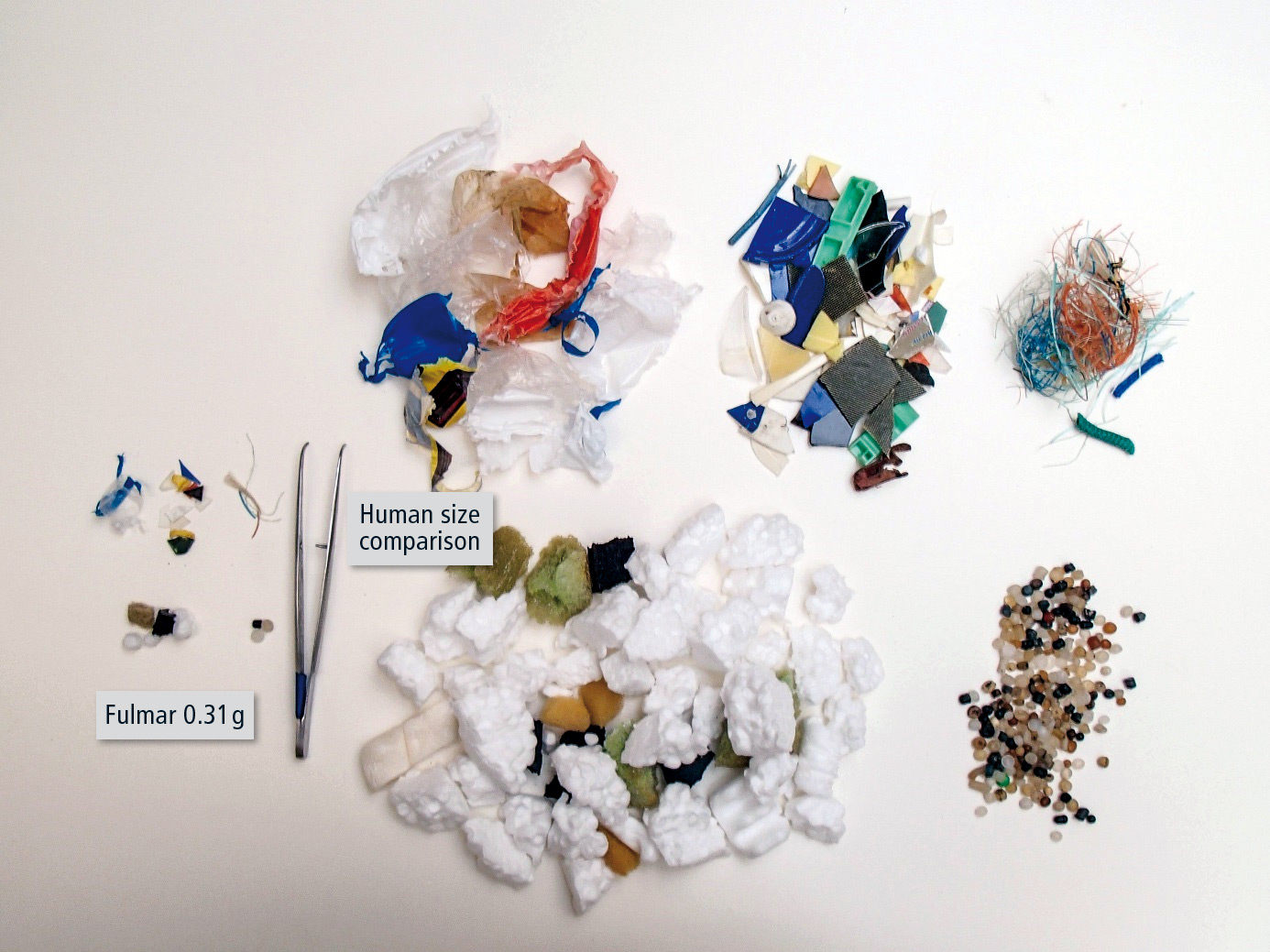 Figure 5: Comparison of the amount of plastic in a bird’s stomach (left, North Sea, mean value) with the extrapolated volume corresponding to the size of a human. For a person weighing 70 kg, this is more than 20 g.

Using this infrared spectroscopic measuring technique, all types of materials and their appearances can be measured non-destructively, including plastics from fulmar stomachs. When the FTIR system (IRAffinity-1S) is equipped with a single-reflectance ATR unit (Quest™), the sample can be measured directly. Sample preparation merely involves drying the sample with paper after briefly rinsing with water. Under this condition, the polymer is expected to be sufficiently clean.

An ATR unit enables surface measurement, which in this case is carried out at a penetration depth of approx. 2 µm. The sample is held in contact with a diamond prism and pressed against it using an anvil. The infrared spectra measured assist in the identification of the polymers, all within seconds. The measurement time and analysis was one minute. FTIR-ATR is therefore a suitable method for measuring large sample amounts (for instance also for monitoring).

A major problem in the analysis of natural field samples is false analysis. This is explained using a thin piece of foil.

The spectrum obtained from the piece of foil was analyzed further using a polymer library. The result of the search identified the material as a polyamide (nylon). A purely visual comparison of the spectral structure, as well as the library search result with a hit of 700 (good agreement over 900) clearly shows that no good correlation was obtained. 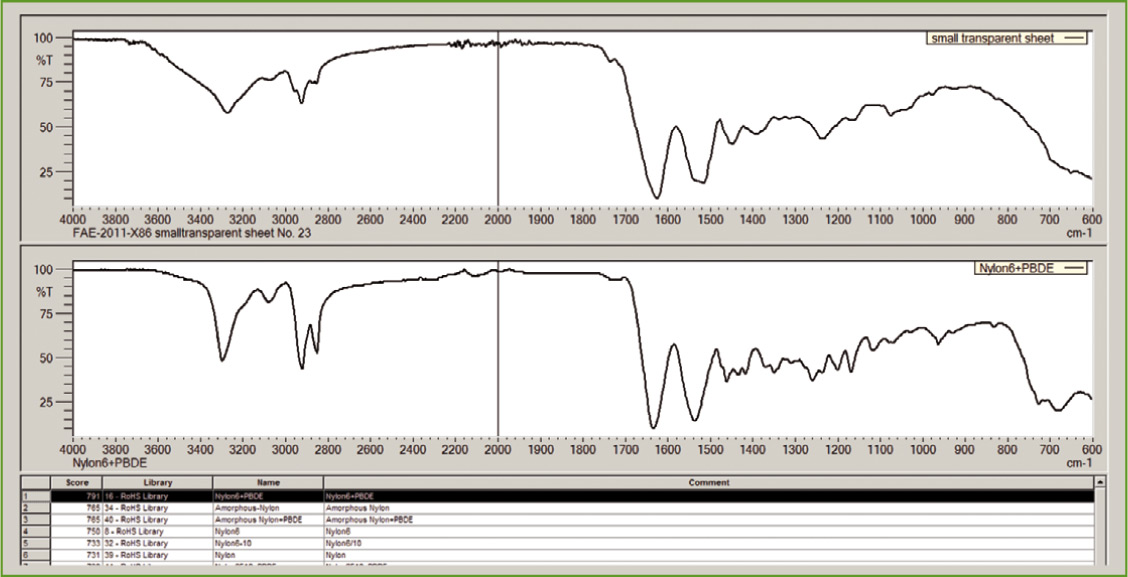 Figure 7: Analysis of a thin foil using infrared spectroscopy and library identification. (False result). The material is not Nylon.

To better classify spectrum (Figure 7), two additional reference spectra (fish skin and also stomach fat) are required (Figure 8). When combining the fat spectrum of the fulmar with the fish skin spectrum, the spectrum left is obtained.

When expanding the library with the know-how on this foreign sample, the hit rate was better and more reliable. For an improved analysis, many additional facts are needed, for instance: what does the bird eat, what is the consistency of the gastric fluid and so on. 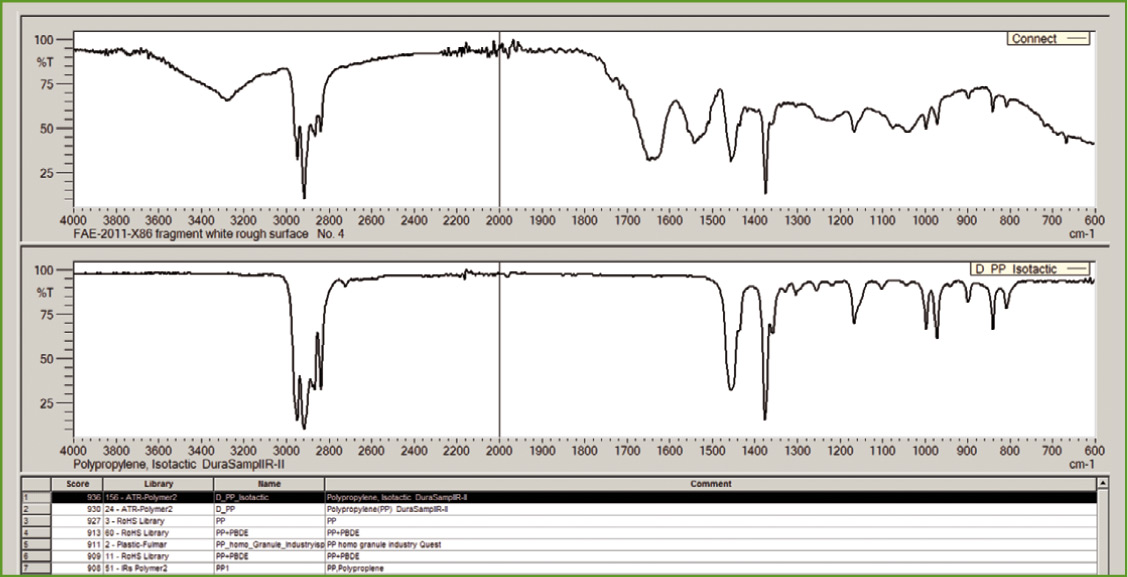 Figure 8: Library search of an infrared spectrum of a white fragment with rough surface. Here, the correct polymer polypropylene was found. The additional bands can be assigned to protein and fat.

The second example shows a fragment with the description ‘white with rough surface.’

The library search has therefore led to the correct result. Polypropylene constitutes part of the spectrum. So do proteins and small amounts of fat. All three contribute to the spectrum. The polymer is found with a hit accuracy of 930 out of a maximum of 1.000.

Discussion of the measured results

Materials that have become enriched in fulmar stomachs can be investigated using infrared spectroscopy. Surface analysis enables the determination of materials at a layer depth of 2 µm. Depending on the ‘history’ of the particle, it can exhibit a certain ‘roughness’ in which digestion fluids can collect. Due to the fatty foods, many of the samples have been found to contain fat which accumulates in the pores. Should these samples be rinsed with a fat remover, the infrared spectra of the cleaned surfaces could lead to a higher hit rate. Knowing this enables rapid screening of the particles on non-cleaned surfaces.