Coffee inspired not only science 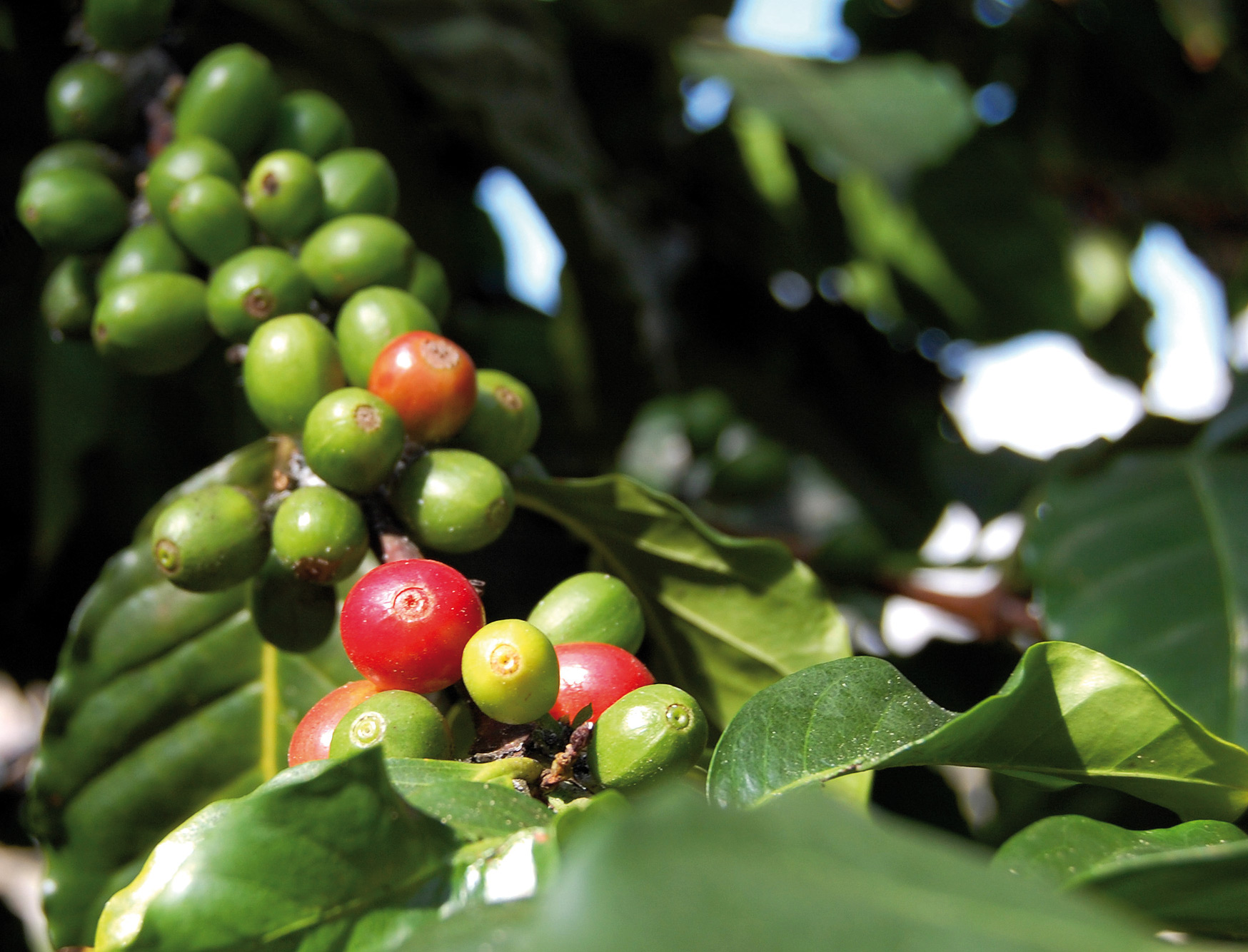 »Design while drinking wine, execute while drinking coffee.« With these words, Jean Paul, a writer in the Romantic period, bestowed literary honors on coffee and associated the stimulating effects of coffee with creative work. But coffee not only helps writers at their desks, but also helps scientists to endure long nights at the laboratory – and who knows to which fundamental achievements coffee was the steaming witness. But have any researchers in this situation ever wondered about the history and origin of this exotic beverage?

According to legend, a shepherd noticed his animals behaving oddly: they were still fit and awake, and were hopping around in spite of the approach of night. He found out that his lively sheep had nibbled on the red berries of a kaffa bush, which apparently caused this odd behavior.

And whether he ate the berries and noticed the same effects himself or whether he brought the berries to monks who experimented with the beans and created brews – here the stories start to diverge.

One thing is certain, however: the coffee bush and the coffee bean (which in botanical terms is the pit of a fruit resembling cherries) originate from the province of Kaffa in the forested highlands of southeast Ethiopia. Several centuries would pass, however, until coffee conquered the entire world. 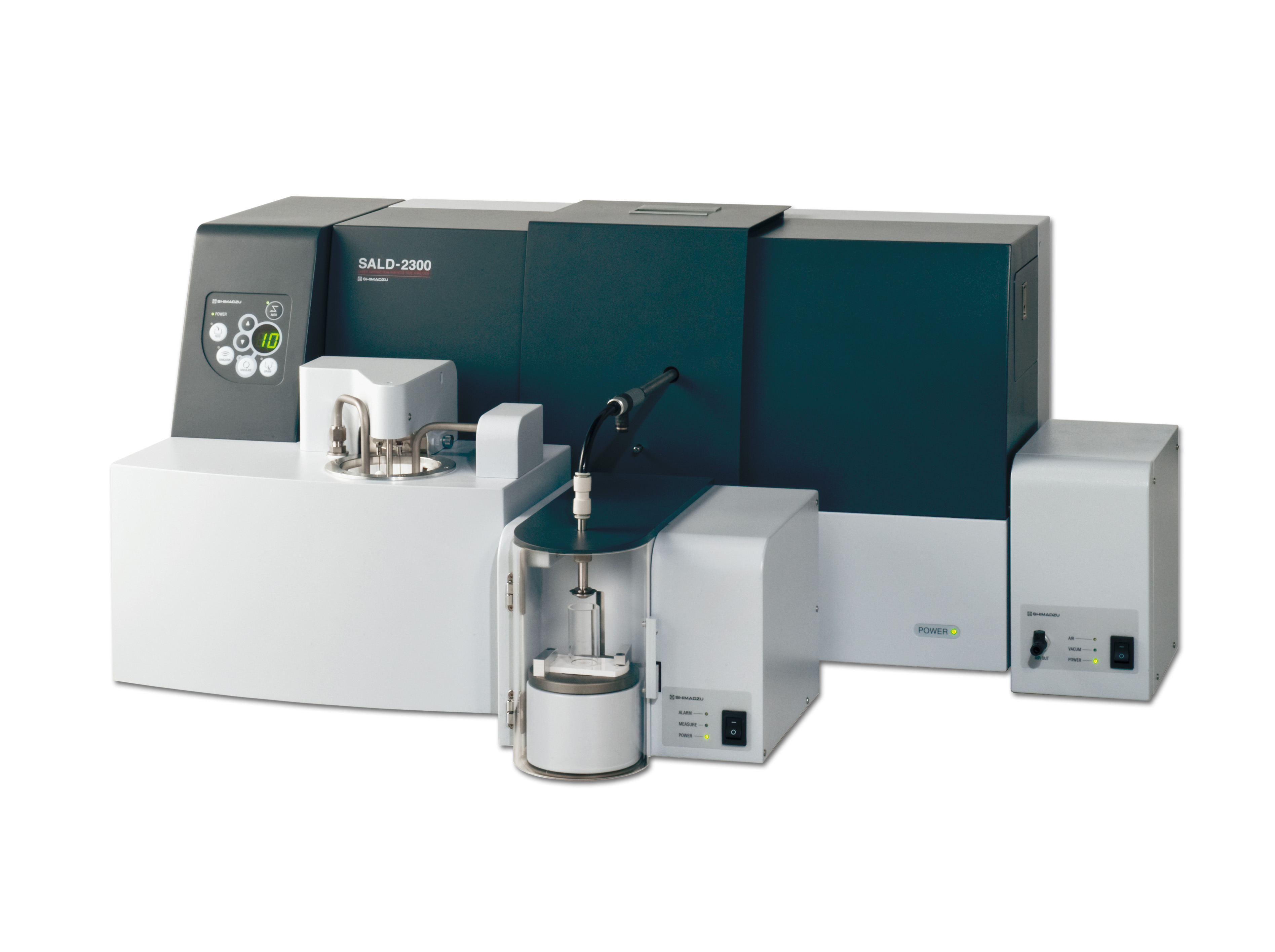 Enjoyment depends on many factors

Coffee is a science in itself. Not only is the entire process of planting, harvesting, cleaning, and preparing the coffee challenging and requiring a professional eye, but downstream processes such as roasting are also important.

Of course, brewing a good cup of coffee also has to be learned. The appropriate temperature, the correct mixing ratio of water and ground coffee, the water pressure and many other influences such as grind settings of the coffee beans will add a particular flavor.

The degree of grinding of the coffee beans determines the taste of the coffee. Using the SALD-2300 particle size analyzer (measuring range 17 nm – 2,500 µm, concentration range: 0.1 ppm – 20 %) with the DS-5 dry measurement unit, various coffees were measured. For a single measurement, a volume of approximately 0.5 – 1 cm3 was needed. In addition to the type of coffee and degree of roasting, the fineness of the grind was a crucial difference.

It has become apparent that the oil and overall moisture content of powdered coffee pose a particular challenge for measurement. Individual particles can stick together easily to form larger aggregates. This effect was even slightly exacerbated by vacuum packaging the coffee samples.

After drying the powdered coffee and due to the very efficient double-dispersion process of the dry measurement unit, highly reproducible measurement of the individual samples became possible.

Depending on tradition, culture and personal taste, there are hundreds of ways coffee can be brewed. However, almost all brewing methods fall into one of the following basic preparation methods. The coffee is ground to a different degree for each of these methods.

Filter coffee
This brewing method is especially popular in the U.S. and in Germany. In the method developed in 1908 by Melitta Bentz from Dresden, Germany, medium-finely ground coffee is placed in a paper filter bag and extracted by pouring hot water over it.

Espresso method
In this method, water is forced through finely ground coffee under a pressure of 9 – 15 bar. As a result, a layer of foam generally known as ‘crema’ is formed from the coffee’s oils. The espresso method is very popular in Italy and other countries.

French press
As the name says, this brewing method is especially popular in France. The coarsely powdered ground coffee is placed directly in hot water and is subsequently separated from the water using a press plunger and metal sieve before pouring the coffee into cups.

Turkish coffee or mocha
This brewing method (and actually also the type of coffee itself) was named after the port city of Al Mukah on the Red Sea. Here, an ultra-finely ground coffee (resembling powdered sugar) is mixed with the same amount of sugar, and this mixture is boiled for several minutes in a copper kettle. The mocha is ready for drinking when the coffee grounds have settled at the bottom of the cup.