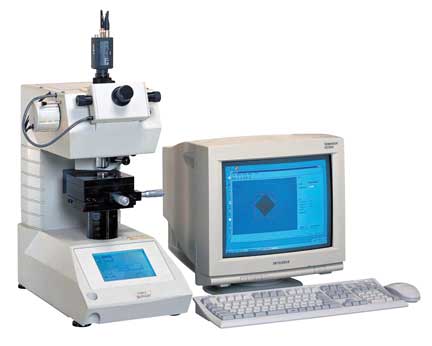 When it comes to money matters, a healthy suspicion is advisable. When in doubt, even our ancestors used their teeth to test whether a gold coin was real or fake, as all too often a crude lead or metal core lay hidden beneath a thin gold top layer.

Fortunately for the well-being of our teeth, the exchange of goods today takes place without the use of cash, or with bank notes. Nevertheless, coins are still being used as small change or for the operation of vending machines. This is why, today, considerable amounts of coins still change hands. In the process, coins are subjected to strong forces of wear and tear, either through abrasion in wallets or trouser pockets – or through ‘acid attacks’ by human hands. And, in recent years, since the various currency conversions, many of us feel these coins literally ‘melting away’ in our pockets.

But what is actually the current status of coin hardness? In the following tests the hardness of today’s domestic and foreign coins was measured and was also compared with a selection of former currencies.

An established method for hardness determination of coins is offered by the Vickers micro-hardness test (small-load testing) according to ISO 6507-1. In this method, a diamond in the form of a square-based pyramid with an aperture angle of 136° – commonly referred to as an indenter – is pressed into the specimen under defined force and duration. The indentation surface is calculated from the length of the diagonals of the remaining indentation, determined via a microscope. The ratio of the testing force (in units of Newton) to the indentation surface (d in millimeters), multiplied with the correction factor 0.1891, results in the Vickers hardness (HV).

The tests were carried out using Shimadzu’s proven HMV-2T micro-hardness tester. In addition to the fully automatic load-change mechanism, this instrument also features an automated revolving turret, which enables a shock-free exchange between objective lens and indenter.

Russia has the ‘hardest’ currency

Although Shimadzu’s HMV-2T series instruments automatically calculate the HV-value and display this on the large touch-screen, the HMV-2T used here was equipped additionally with optional automatic image recognition and data software. The measured values were transferred directly to the PC and the indentation images could be conveniently viewed on a monitor. This extensive automated process guarantees exceptionally uniform and comparable measurements. All coins were subjected to four measurements. The measured results shown represent the calculated mean values. 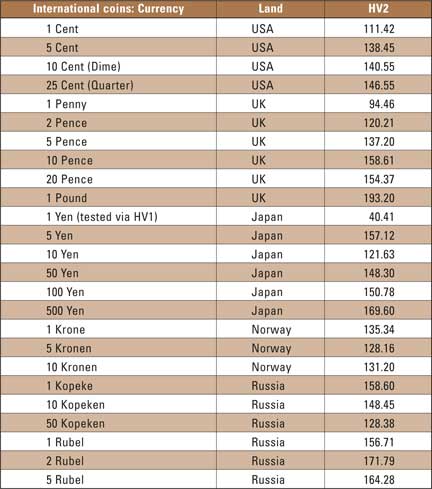 Table 1: Around the world – hardness testing on currencies

Interestingly, with the exception of the American and the British currencies, there is no correlation between the value of the coin and its degree of hardness. There are also no significant differences between the individual currencies, with the exception of the 1-Yen coin – this coin is made of pure aluminum. The linguistic description of an especially ‘hard’ currency therefore does not hold true.

But how does this apply to the Euro and the Eurocent? 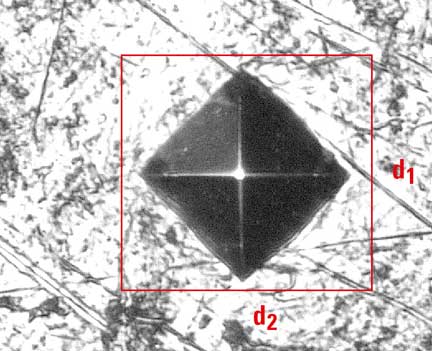 As can be seen from table 2, the Euro lies in the midrange in the international comparison. But the direct comparison between the D-Mark and the Euro also turns out to be very similar. This is not surprising, as essentially similar alloys were chosen for both currencies.

Table 2: D-Mark or Euro – which currency is harder?

By the way, Russia has the ‘hardest’ currency – with 154.16 on average. Who would have thought this?