Searching for the needle in the analytical haystack 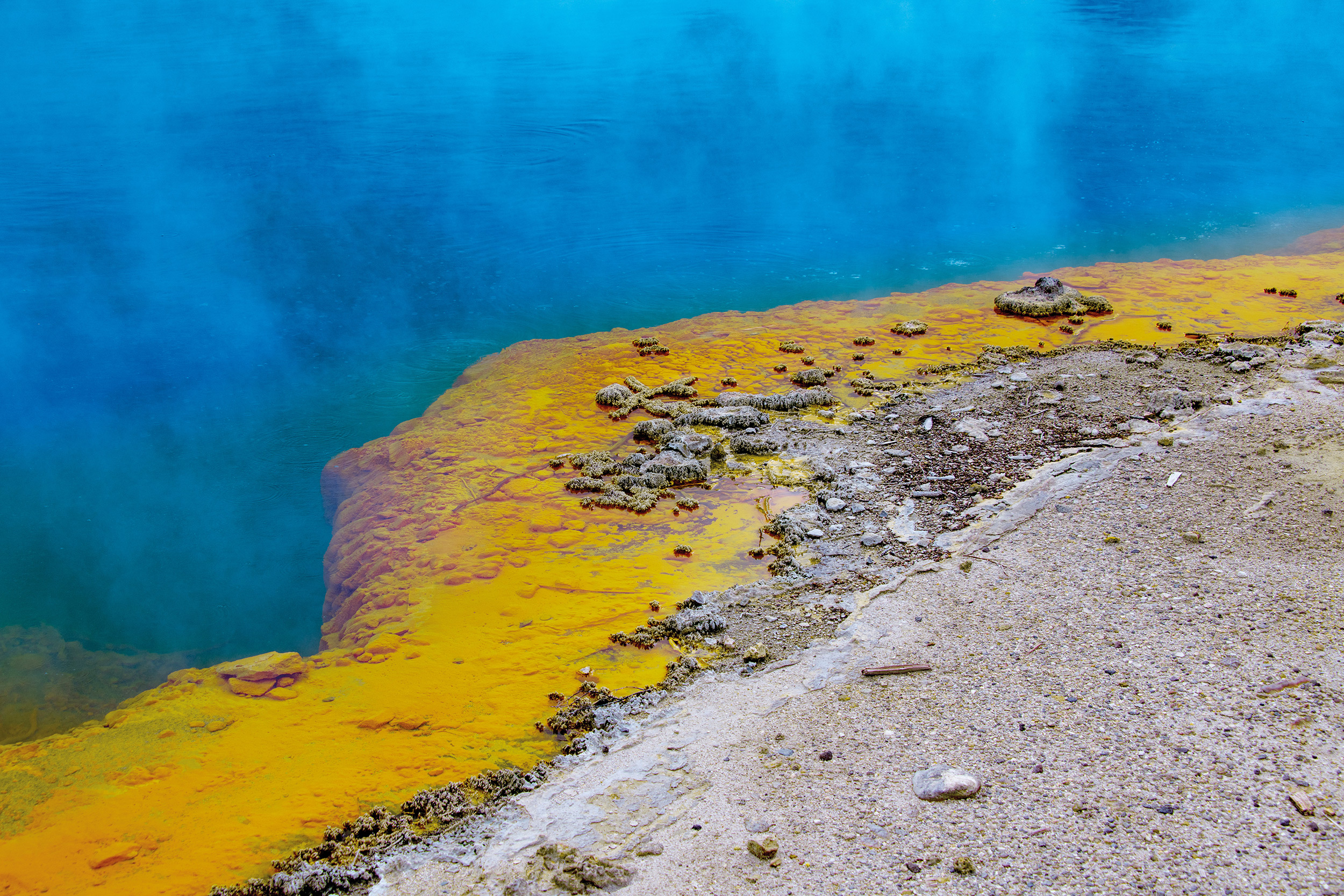 Combustion of sulfurous fossil fuels emits sulfur dioxide, which harms the human respiratory system and pollutes the environment through acid rain. In Europe, strict regulations and improved measuring techniques have reduced this problem, but not eradicated it completely. For cost reasons, the petrochemical industry itself has a great interest in keeping sulfur compounds in the refinery process as low as possible in order to avoid the destruction of expensive catalysts. Also in the food sector, sulfur compounds are an issue. In trace amounts they enrich flavor, but enjoyment is completely lost if the concentration is too high. 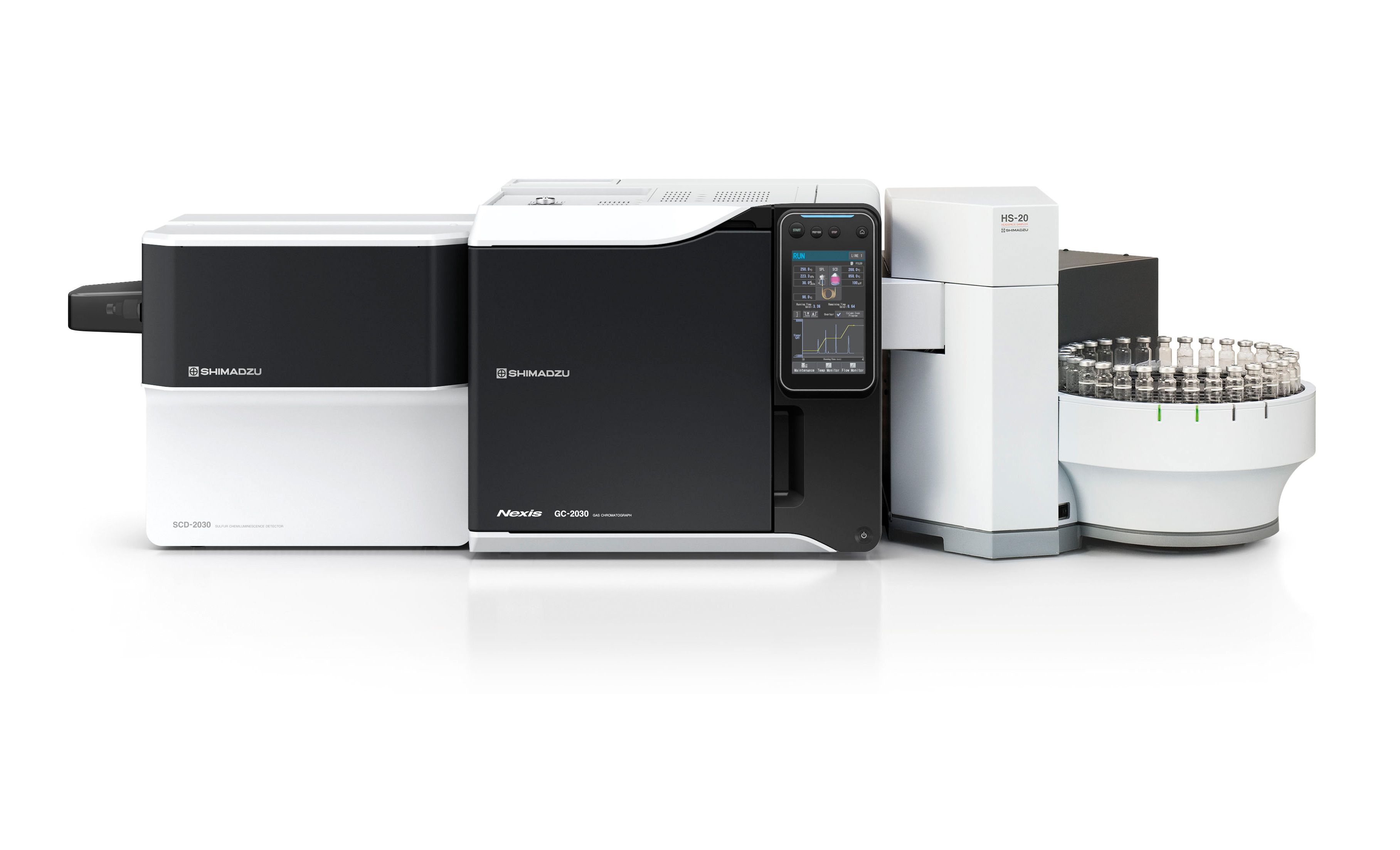 The challenge for analytical instrumentation is to detect traces of sulfur in very complex samples such as crude oil, food and beverages – a search for the needle in the analytical haystack. Sulfur-selective chemiluminescence detectors (SCDs) are a possible solution.

With the Nexis SCD-2030 Sulfur Chemi­lu­mi­nes­cence Detection System, Shimadzu presents a completely new solution. After client feedback, aspects such as easier handling and maintenance, long-term stability and automation have been implemented through extensive software integration during development.

Sulfur is detected by the chemiluminescent reaction of sulfur mon­oxide with ozone to form sulfur dioxide. Sulfur dioxide is produced for a very short time in the excited state. Excess energy is emitted as light (300 – 400 nm) and can be detected by a photomultiplier (PMT).

The conversion of any sulfur compound to sulfur monoxide requires various steps, which are processed in successive modules. The detector scheme of an SCD is correspondingly more complex than that of other GC detectors such as the flame ionization detector (FID).

The SCD-2030 detector scheme (figure 1) shows the course that the sample takes during measurement. From the GC column, all components first enter the redox cell. Ideally, everything is oxidized here at 700 – 1,000 °C by the addition of oxygen. In the subsequent step, the resulting sulfur dioxide is reduced by means of adding hydrogen to form sulfur monoxide.

Figure 1: Schematic of the SCD-2030. After chromatographic separation in the GC-2030, components pass into the redox cell and from there to reaction chamber and photomultiplier (PMT).

The final chemiluminescence reaction of the sulfur monoxide with ozone should preferably not be disturbed by cross-sensitivities or unwanted reactions of the ozone. Ideally, in an SCD chromatogram, only signals of sulfur compounds can be seen.

An additional advantage is the equimolarity of the SCD to sulfur, which greatly simplifies the calibration. Equimolar signifies that with a compound of two sulfur atoms, the detector signal is twice as high compared to mono-sulfur compounds. Due to the high sulfur selectivity, the total sulfur content of a sample as well as the individual components can be determined after chromatographic separation.

Just how the ideal case is achieved depends in practice, among other things, upon the performance of the redox cell. If oxidation and reduction are not complete, this can lead to losses in terms of selectivity, reproducibility and ultimately sensitivity.

For this reason, Shimadzu has opted for a horizontally mounted redox cell in the SCD-2030 design. This allows for a much larger redox cell and the shortest possible connection to the subsequent reaction cell and the photomultiplier. The advantage of short paths and inert materials is the exceptional long-term stability of the SCD-2030.

Through a large redox cell, a longer residence time of the components is achieved, whereby the oxidation proceeds almost quantitatively even at high carrier gas flows. The resulting dynamic range eliminates the need for frequent fine tuning of all gas flows to maintain the efficiency of oxidation and subsequent reduction of sulfur dioxide.

The “Inner Pyro Tube“ (figure 2 “Sample Out Page“) is a consumable part of the SCD that requires the most maintenance. Here, the horizontal design provides easy access and simplifies regular maintenance. The same applies to the “Outer Pyro Tube“, whose maintenance intervals are significantly longer.

Figure 2: Schematic of the SCD-2030 redox cell. Eluents from the GC column are oxidized in the first step. Sulfur oxidizes to sulfur dioxide and is then reduced to sulfur monoxide in the subsequent step. Nitrogen is added as an inert “make-up“ gas

Detection of sulfur components ultimately takes place in the reaction cell and the coupled photomultiplier. Ozone for the chemiluminescent reaction provides a generator via electrical discharge of pure oxygen. It is important to prevent “electrical overcurrents“ to ensure a long life of the generator.

Overcurrents in the ozone generator are formed due to impurities in the oxygen. In order to prevent damage, a new arrangement with constant current and monitoring of the electrical voltage has been developed. Continuous monitoring and diagnostics warn early on of any malfunction. Reaction cell and detector of the SCD are operated under reduced pressure. Due to the compact design, the SCD-2030 is equipped with a simple diaphragm pump.

When starting an SCD, all modules must be booted up in a defined sequence (figure 3). This can take over an hour. With the SCD-2030, this is fully automated. With extensive software control and internal monitoring capabilities, user intervention is not required. Within a sequence, predefined conditioning steps can also be inserted automatically. The SCD-2030 can also be shut down automatically after completion of a sample sequence. Since cooling of the over 700 °C hot redox cell takes some time, the automatic shutdown saves longer waiting times in order to carry out planned maintenance work.

Figure 3: During automatic start-up, each module of the SCD-2030 is started up step by step. Interim intervention by the user is no longer required before readiness for measurement.

Robust technology has been achieved with the SCD-2030 by changing to a horizontally installed redox cell. The larger dimensions allow a longer residence time of all components for maximum efficiency in the oxidation and reduction reactions.

This promotes selectivity and thus sensitivity to sulfur compounds. Combined with the short transfer line to the reaction cell and photomultiplier, this guarantees high long-term stability of the SCD-2030.

Comprehensive software control allows automated start and shut down of the detector and predefined condition procedures in case of contamination.