Already in the late 18th century, it was discovered that heavy non-volatile organic compounds could dissolve in certain inorganic gases when these gases are present above their critical point, i.e. in their supercritical state. The first ideas to use these gases as mobile phases in chromatography were launched in 1957. In the early 1990’s it was shown that the addition of polar solvents could achieve retention time control and this marked the birth of modern supercritical fluid chromatography (SFC).

The compressibility and the diffusion coefficient of the supercritical solvent are higher, while the viscosity is reduced in comparison to the pure liquid.

By using ‘supercritical’ CO2, chromatographic separation becomes faster, more efficient, cheaper and more environmentally friendly than with the use of toxic organic solvents such as hexane, heptane or chloroform, as is customary in normal-phase HPLC. CO2 in the supercritical state is non-polar and its solvent strength is often increased by addition of a polar modifier. As soon as an additional organic solvent is used, the mobile phase is not truly ‘supercritical’ but the terminology is used regardless. Many solvents are miscible with CO2 (for instance MeOH, EtOH [hydrogen bonds], ACN [dipoles]) and offer additional interactions. In this way, they induce controlled changes in retention and provide a valuable tool to improve the selectivity of a separation.

Method development is greatly simplified using the new Nexera UC system with the method scouting option. This option enables rapid testing of combinations of up to twelve separation columns with up to four modifiers in addition to supercritical CO2 (schematic representation figure 1).

The associated method scouting solution platform creates all scouting methods automatically in accordance with predefined method parameters (figure 2). The different combinations of modifiers with various columns can also be tested in combination with different gradients. 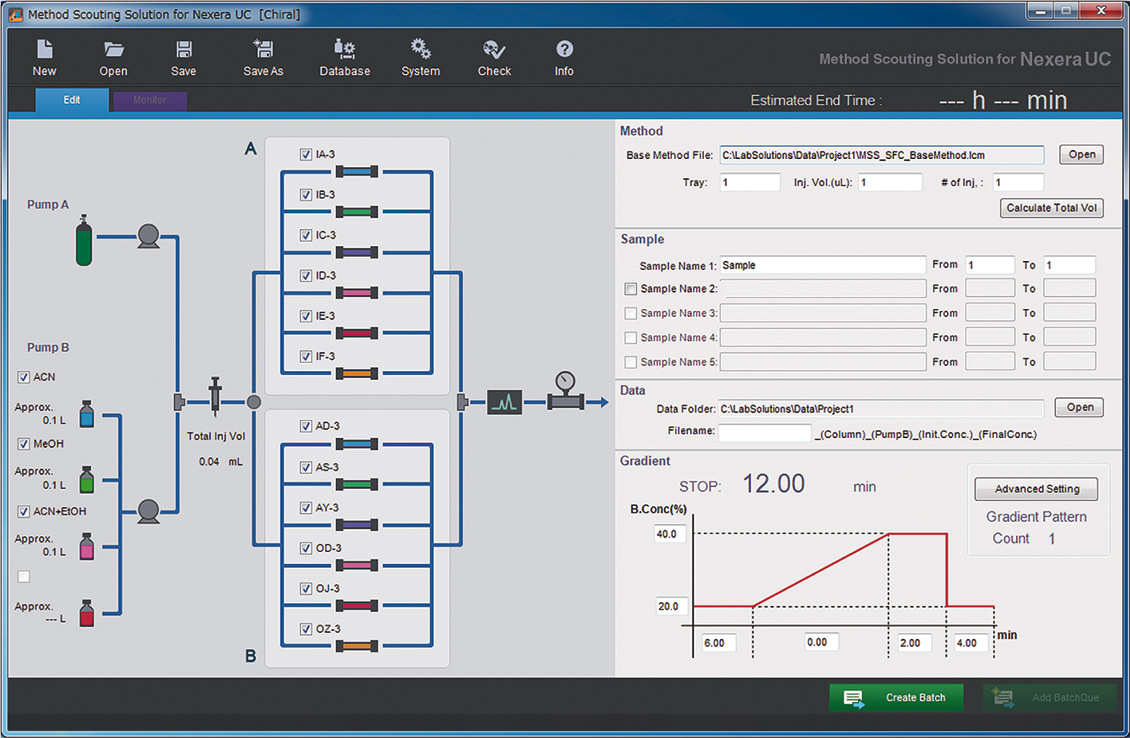 Figure 2: GUI of the method scouting solution of the Nexera UC

A very good application example is the separation of chiral compounds, which are often best separated using SFC. For two newly developed substances (PS 101 and PS 132) each having a chiral center, a good separation could be obtained quickly and easily using the Nexera UC method development scouting system.

For this purpose, two modifiers methanol and methanol containing 0.1 % formic acid have each been tested at a column temperature of 40 °C, a flow rate of 2.0 mL/min and an applied pressure of 150 bar behind the column and the detector for different columns. Six different chiral separation columns have been tested: Lux Amylose-1 and -2, Lux Cellulose-1 to -4, all with column dimensions 250 x 4.6 mm and a particle size of 5 µm. The individual chromatograms for sample PS 101 are shown in figure 3. The Lux Cellulose-3 column achieves by far the best separation of both enantiomers. 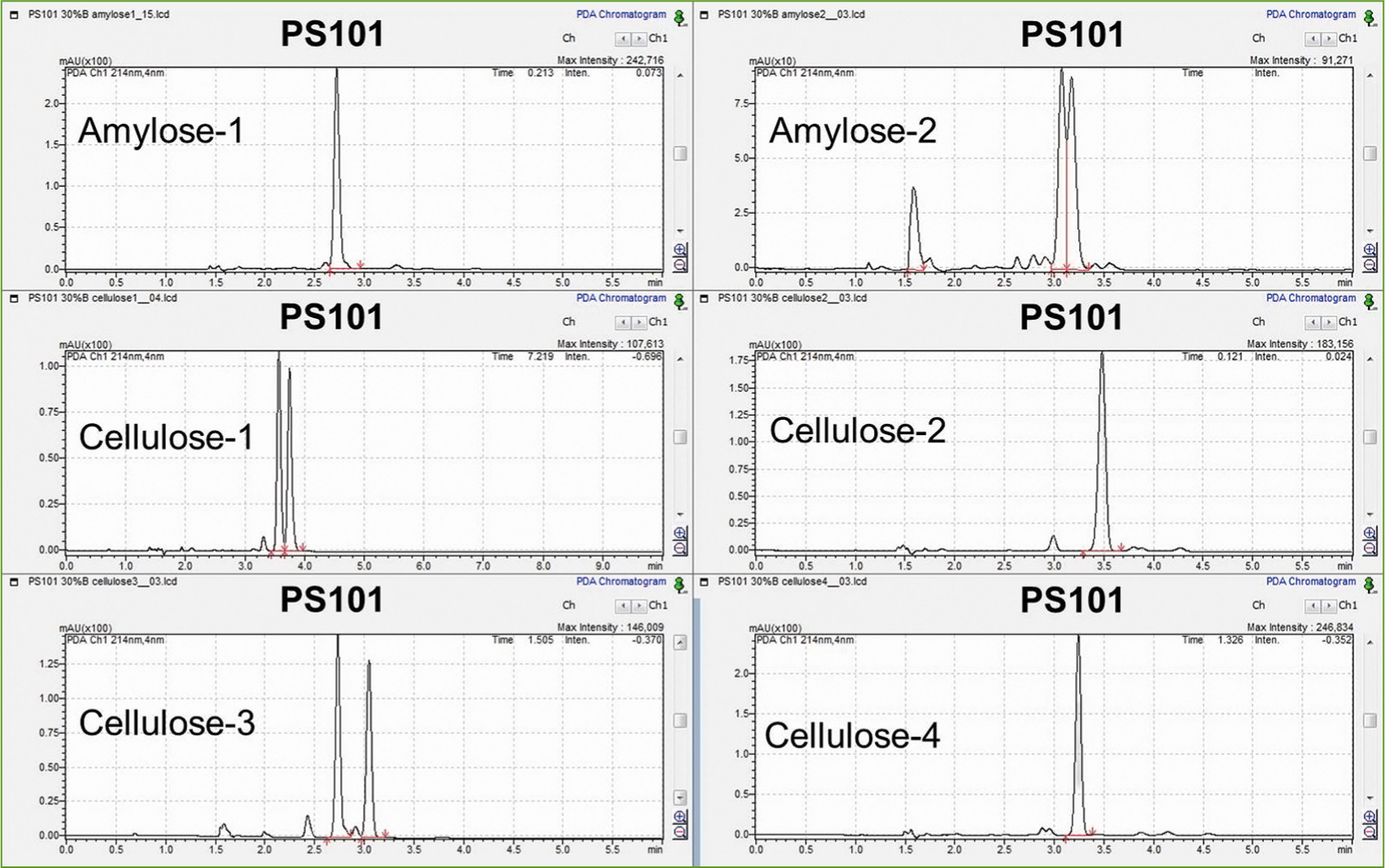 A very similar result in terms of best separation was achieved for sample PS 132 on the Lux Cellulose-3 column as shown in figure 4. For both separations, the simplest and best option is an isocratic solvent composition with 30 % MeOH + 0.1 % formic acid over the entire run. 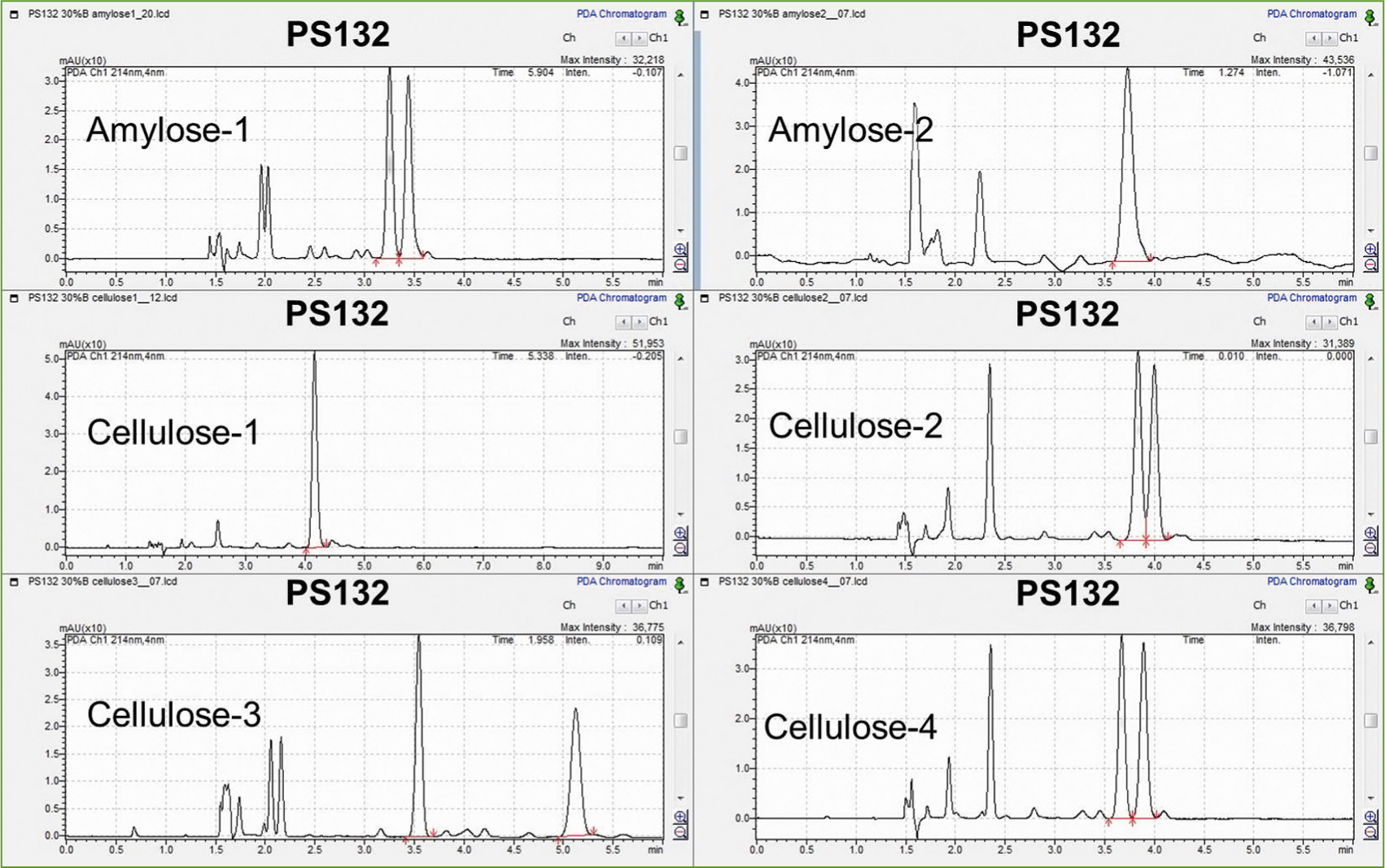 Detection can be achieved using a photodiode array detector (PDA/ DAD) as well as using a mass spectrometer (LC-MS).

A fast and simple method for screening and separation of chiral compounds on different columns has been developed in a short amount of time. A system was used which allows testing of up to twelve columns in combination with four modifiers as additives to CO2. The method is optimized in terms of separation and sensitivity. Simultaneous recording of a UV or a PDA signal together with a mass signal via an LC-MS detector is possible within one run. A selectivity of > 1.5 with an RSD < 2 % for the retention time was achieved for all compounds shown.

With this system design, the development of an SFC separation method is very similar to that of HPLC method development. As shown in this example, supercritical fluid chromatography offers a robust, reliable and simple alternative to the conventional LC in use for decades.