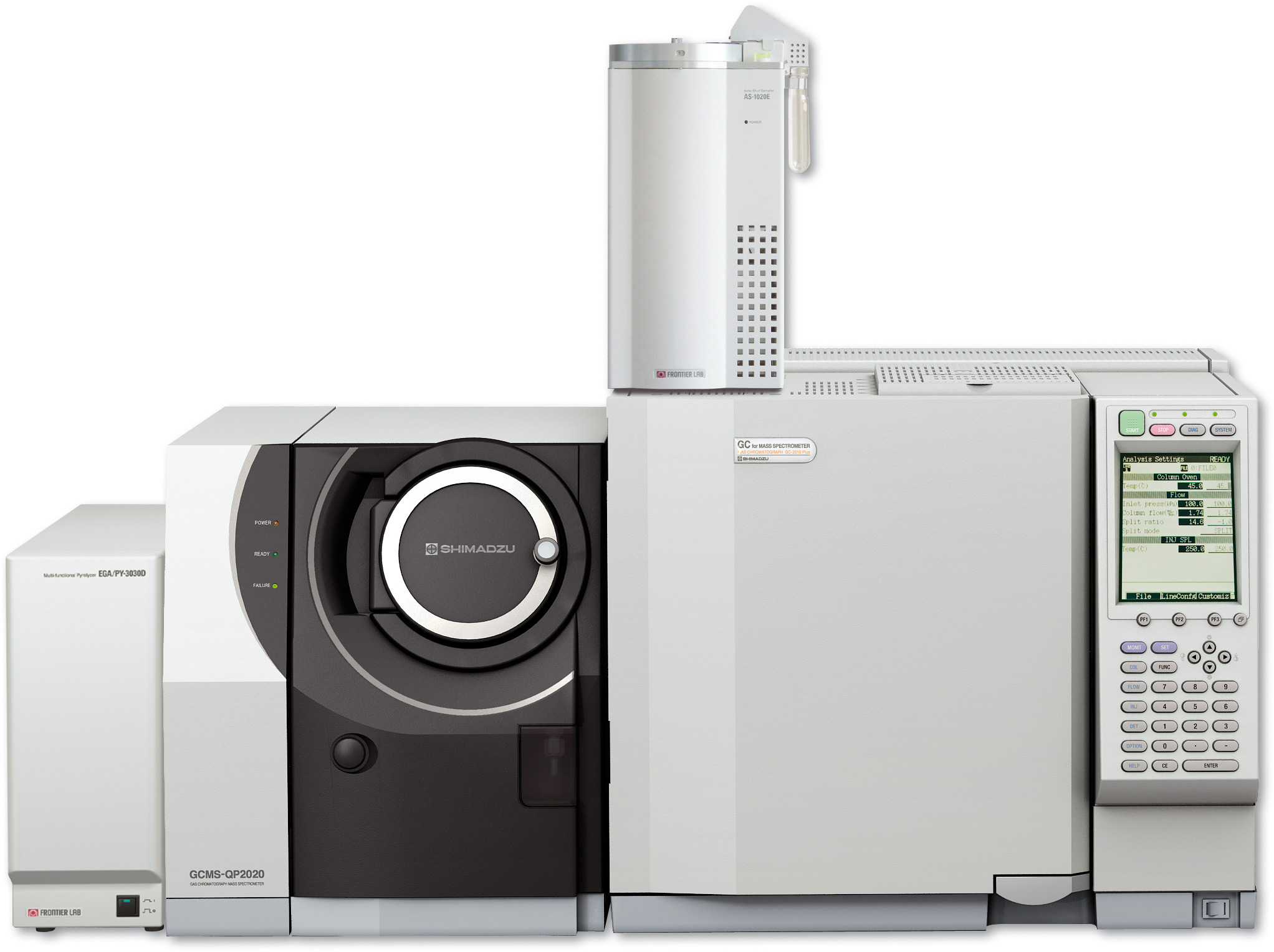 Each year, millions of tonnes of plasticizers are processed worldwide in order to make brittle materials soft, flexible and moldable. The most important field of application by far is plastics, in particular products made of PVC, whereby the largest part is used in the manufacture of films and cables.

The industry uses a broad range of substances as plasticizers, that are chemically very different. In terms of quantity, esters of phthalic acid (identified as phthalates) are currently still predominant.

What are phthalates used for?

Apart from use as a plasticizer in plastics such as PVC, nitrocellulose or synthetic rubber, phthalates are applied in many other areas of daily life. They serve as a carrier substance for fragrances in perfumes, deodorants and other personal hygiene products. They are components in nail varnishes and hair sprays. They are used as a formulation agents in pesticides, as industrial solvents and lubricants and as additives in the textile industry. They can be found in various other products such as toys or pharmaceuticals, e.g. as a coating for film tablets or as plasticisers in gelatine capsules (Deutsche Apotheker-Zeitung [German Pharmacist Paper]).

Phthalates are used for external plasticization, meaning that the plasticizer is not bonded covalently into the polymer, but instead interacts with the polymer only via its polar groups, increasing mobility between the polymer chains. Due to the lack of chemical bonding, the phthalates can be extracted relatively easily from the plastic or can migrate out gradually. In this way they then escape into the environment, and, from various products, enter household dust or food. 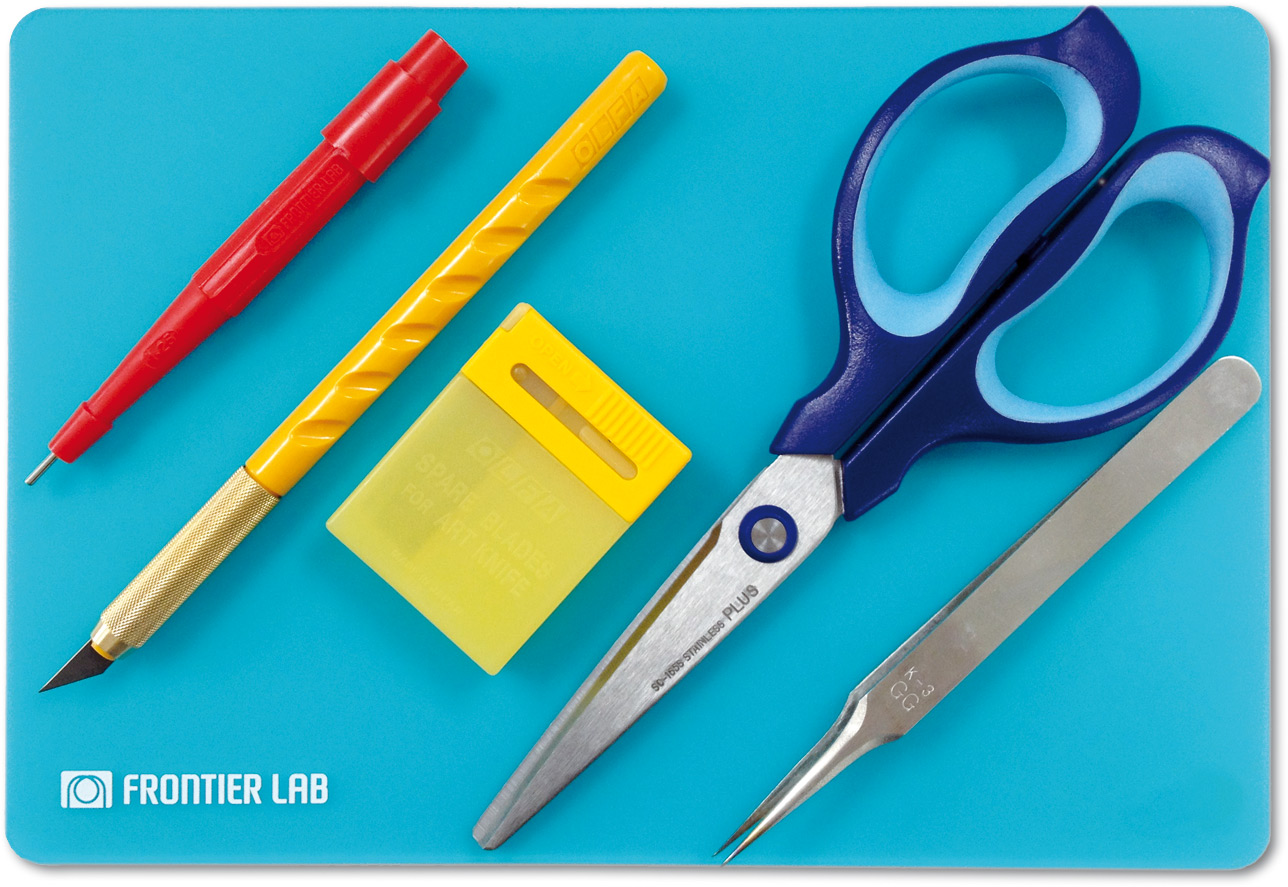 Phthalates have for some time been making negative headlines due to their potential health risk. However, it must be considered that the risks posed by individual compounds varies widely. They are differentiated into low or high molecular compounds according to the length of the esterified alcohol chains.

The low molecular phthalates, including for example di-(2-ethylhexyl)-phthalate (DEHP), dibutyl phthalate (DBP), benzyl butyl phthalate (BBP) and diisobutyl phthalate (DIBP) are suspected to have an endocrinologic (hormone-like) effect. These substances, also known as endocrine disruptors, disturb the hormone balance and can cause health problems if they enter a human or animal in a sufficient concentration.

At present, the effect of substances, in particular those which interfere with the sexual hormone system, are being discussed.

It is assumed that they may impair fertility and the development of children in the womb or at certain developmental stages, such as puberty. Their influence in the formation of certain tumours is also being discussed.

In Europe, there are already many bans on phthalates. According to the EU chemicals regulation REACH (2009), plasticizers DEHP, DBP and BBP which are currently classified as toxic to reproduction, must not be present in concentrations greater than 0.1 mass percent in toys and childcare articles for children under three years. This limit also applies to other phthalates (DINP, DIDP, DNOP), the use of which is prohibited as far as possible in toys and childcare articles which children could put in their mouths. Furthermore, some phthalate plasticizers must not be included in mixtures for private consumers or in cosmetic products. The use of phthalates in plastics for food packaging has been restricted throughout the EU.

Finally, due to REACH regulations, companies producing or using the phthalates DEHP, BBP, DBP and DIBP as of 21.02.2015 may only do so with an exceptional permission (approval) that is difficult to obtain. In addition, the European Commission has included these four phthalates in the list of substances whose use is restricted by the RoHS II Directive (Directive on the Restriction of the use of certain Hazardous Substances in electrical and electronic equipment).

Also in this case, a maximum permissible concentration of 0.1 mass percent applies per substance. The envisaged transitional period expires for most device groups on 22.07.2019. For medical devices as well as control and measuring instruments, a longer period applies – until 2021.

Current legislation requires quick and easy identification of phthalates in polymers. Existing standard methods (e.g. EN 14372, ISO 8124-8, ISO 14389 – Analysis of phthalates in toys, childcare articles and textiles) are based on a liquid sample preparation, meaning that the sample is extracted with an organic solvent over several hours and subsequently analysed with a coupled gas chromatograph-mass spectrometer (GC-MS). The ‘Py-Screener’ presented here is a screening method for phthalates which does not require solvent extraction and offers excellent selectivity and the extension of the method to new target molecules. 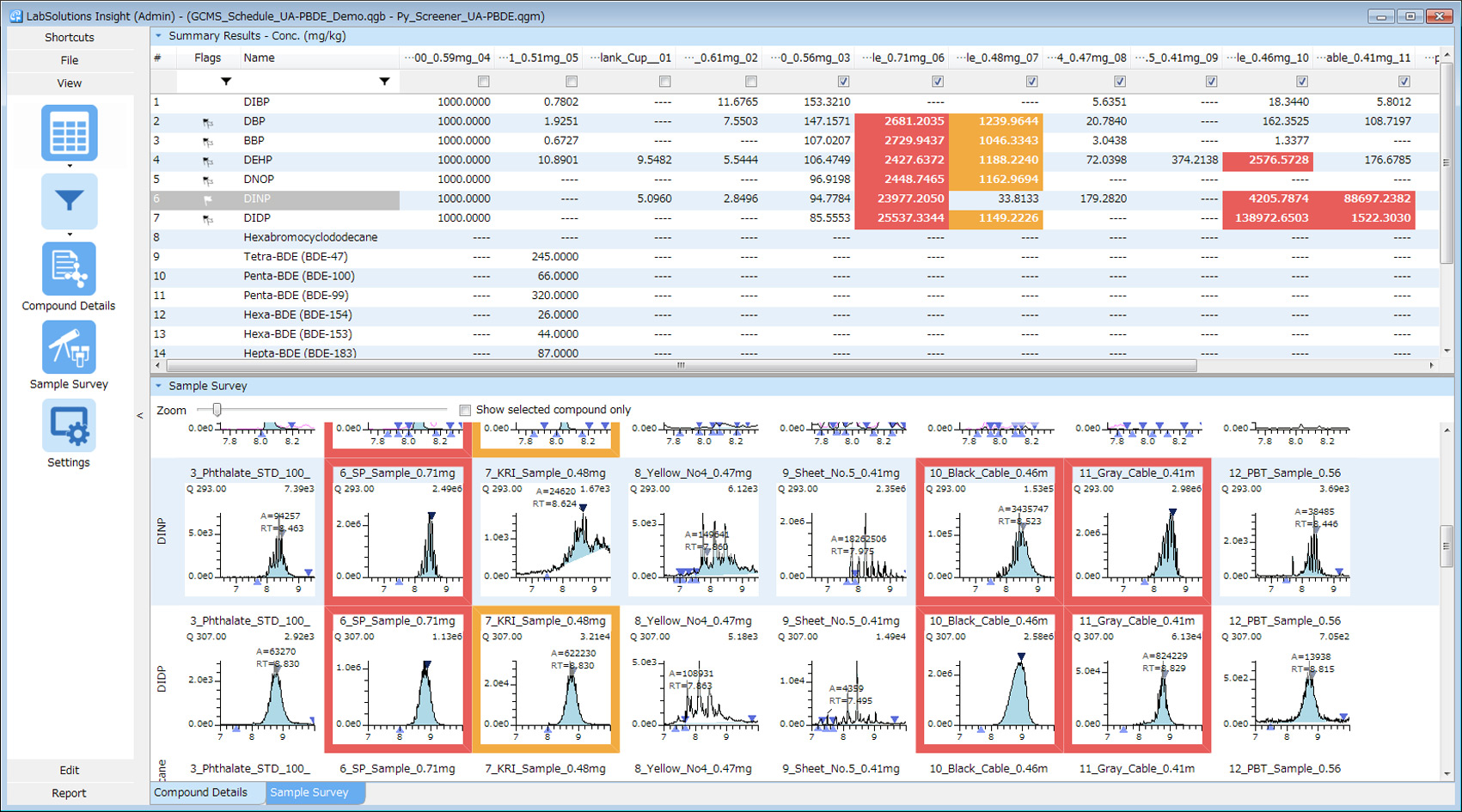 Screening is carried out with a coupled pyrolysis GC-MS system. For this purpose, an aliquot of the polymer sample (approx. 500 µg) is placed directly into the pyrolysis furnace. The semi-volatile phthalates are extracted from the polymer with a special heating program. The desorbed phthalates are transported by the inert carrier gas into the gas chromatograph where they are separated on an analytical column and subsequently detected with a mass spectrometer. The screening system includes an in-depth video tutorial in preparation of the analytical standards and polymer samples. Since liquid extraction is omitted in the case of pyrolysis GC-MS, a small piece of the polymer sample is cut off, placed directly into a sample cup and weighed. The software specially developed for screening of phthalates provides all necessary, already optimized method and instrument parameters as well as sequences for sample measurement and the complete quantification method including a report template. 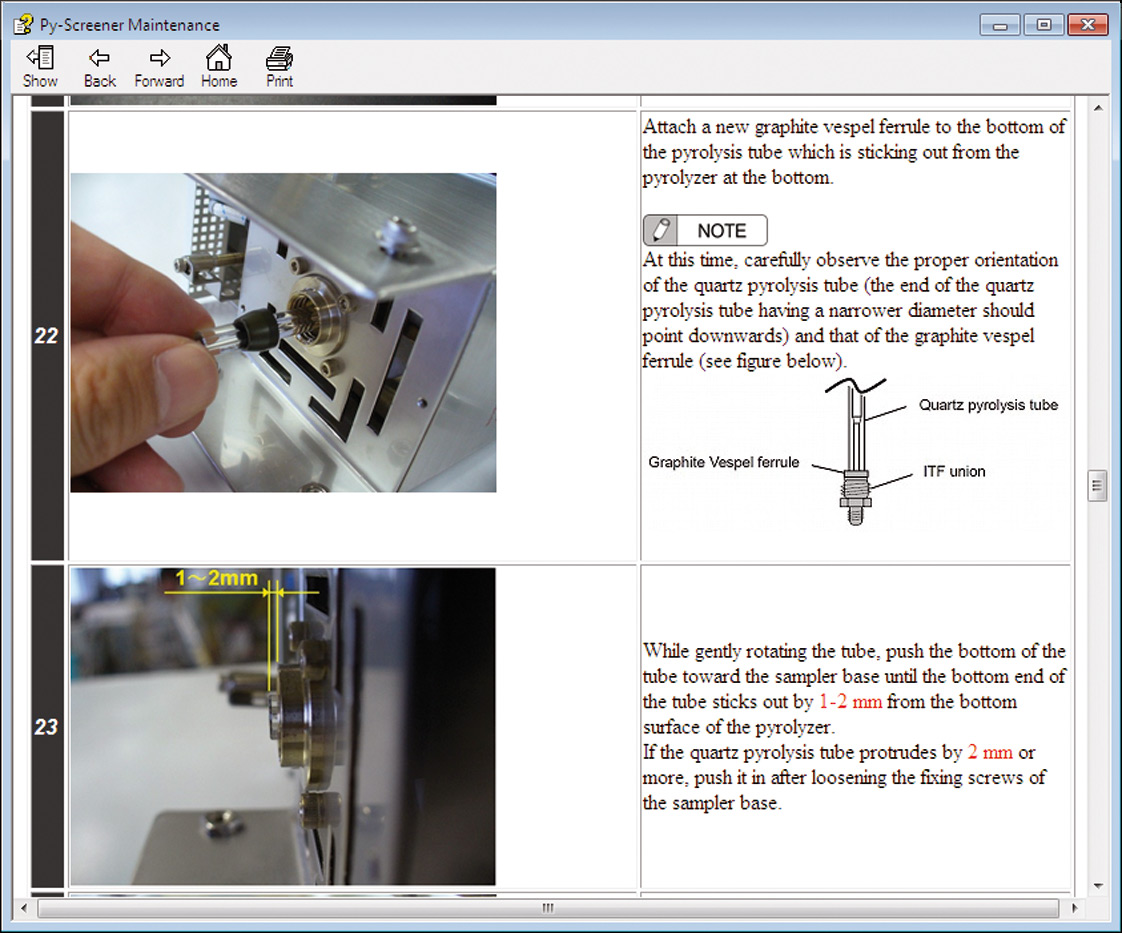 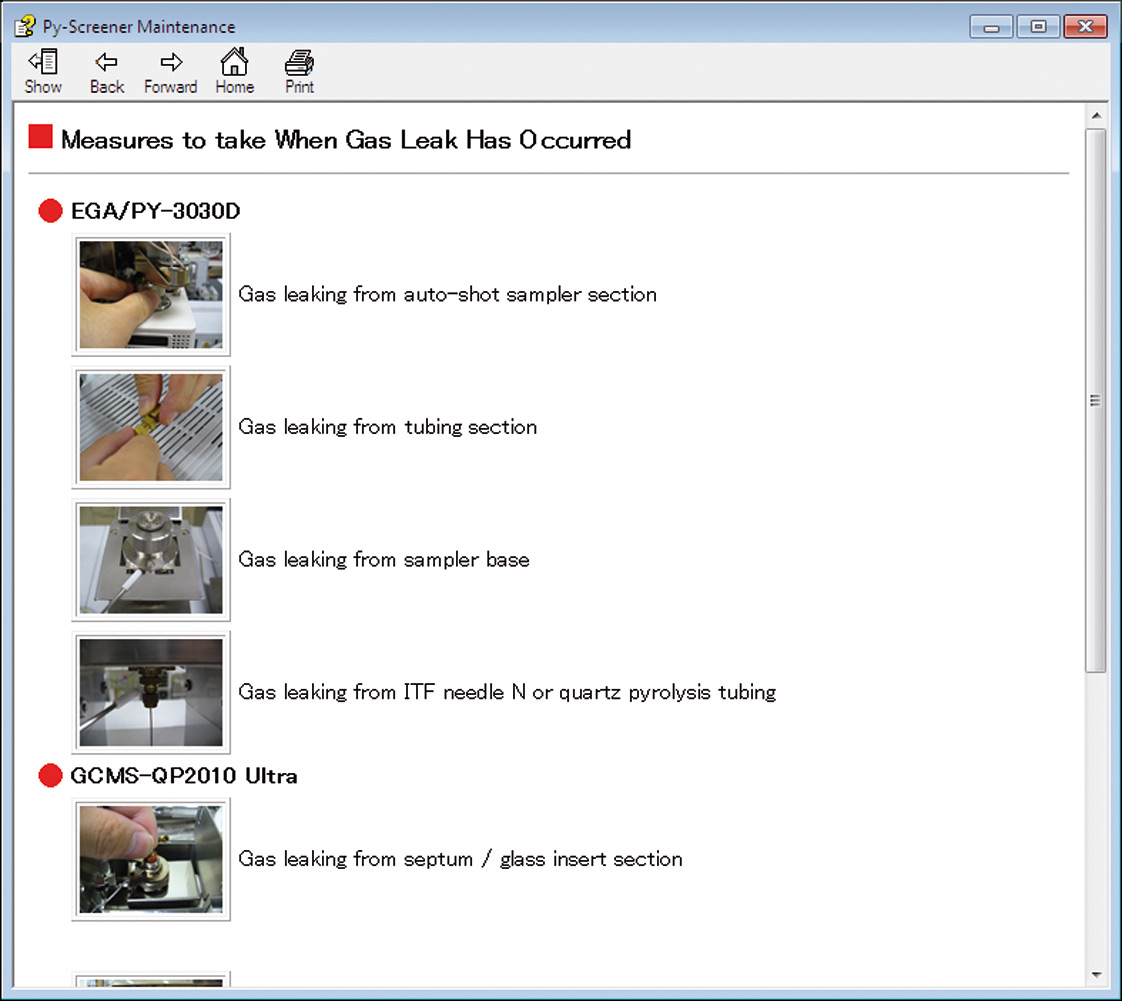 Figure 4a and 4b: Examples of the Maintenance Navigator Window

When an autosampler is part of the system, samples can be measured easily overnight. The data obtained are displayed in a tabular and graphical overview for quick evaluation, in which the values exceeding defined limits are color-coded. Analytical standards needed to quantify the phthalates and check system performance can be conveniently and easily punched out of the standard material in a defined size using the sample toolkit’s micro-puncher.

If required, the ‘Py-Screener’ system can also be expanded to cover the other compounds already regulated under the RoHS Directive, PBB (polybrominated biphenyls) and PBDE (polybrominated diphenyl ethers), which can be analyzed with GC-MS. The optimized methods are already part of the package.

The ‘Py-Screener’ screening system provides a comprehensive package consisting of a toolkit for sample preparation, standards for the analysis of phthalic acid esters and special evaluation software. Videos describing the accurate preparation of standards and test samples as well as regular maintenance of the pyrolyzer and GC-MS round off the system. With the complete Py-Screener method, even inexperienced users can quickly and autonomously learn how to identify phthalates in polymers.

Literature
Official Journal of the European Union 04.06.2015, Commission Delegated Regulation (EU) 2015/836 from 31st March 2015 amending Annex II of the Directive 2011/65/ EU from the European Parliament and of the Council regarding the list of substances subject to restrictions.