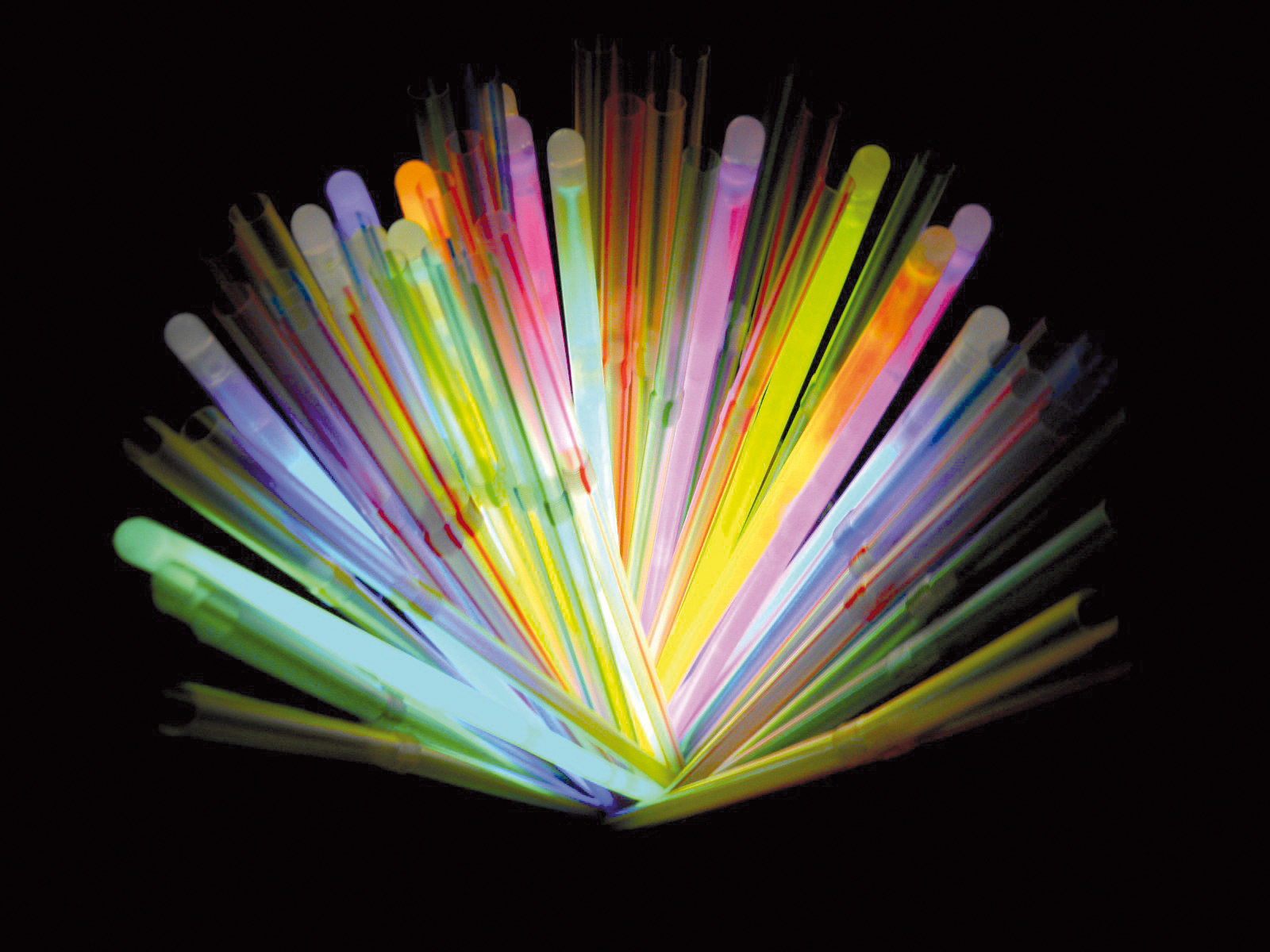 Glow sticks are increasingly popular at major events like concerts, carnival sessions or New Year’s Eve parties – even birthday parties. But they are also used in high-performance applications, for instance for illumination purposes in professional diving processes. Or in general, as a light source when no other light sources are available. They create colorful lights and bring about good cheer; they light up continuously or flicker, their luminosity can last for a short time or longer (figure 1).

Glow sticks have in common that they light up due to the power of chemiluminescence and that they do not require any external energy sources (power outlet). Chemiluminescence is caused by a chemical reaction between certain substances that results in the emission of light (luminescence). Simple light sticks (glow sticks) typically consist of a polymer tube filled with a dye and a solvent. Inside the tube, there is a glass vial, which contains additional chemicals that are needed to catalyze the chemical reaction.

Which substances and chemicals are present in these glow sticks? What are their chemical properties? Are they hazardous when they get into the hands of children?

FTIR spectroscopy allows, with a minimum of effort, the determination of the polymer tube material. An infrared library search identified polyethylene as the best hit for the polymer tube spectrum (left spectrum). To identify the reaction fluids in a glow stick after completion of the chemiluminescence reaction, the resulting yellowish, oily fluid was placed onto the ATR measurement accessory and measured using a single-reflectance unit. The result is seen in figure 2 (right spectrum), an infrared library search identified dimethyl phthalate as the best hit for this oil. 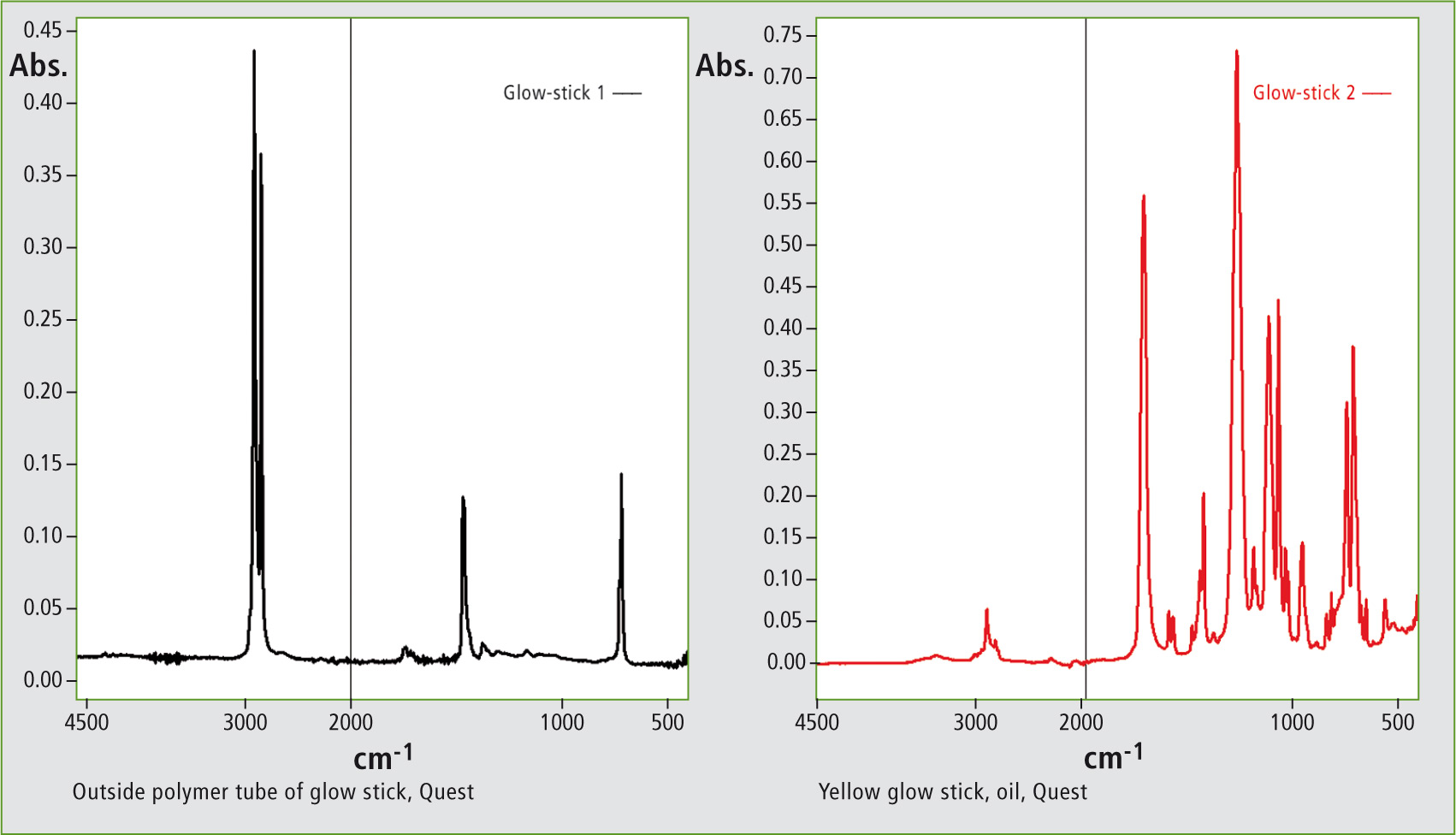 Figure 2: Infrared spectra of the polymer tube and the oily reaction fluid.

Phthalic acid esters (for instance dimethyl phthalate) are used as solvents for esters, like butyl benzoate. This is consistent with the FTIR measurement and identification of the oily fluid. According to the packaging specifications, the glow sticks investigated contain the substance butyl benzoate. This substance is an ester of butyl benzoic acid and is one of the chemicals in the chemiluminescence process discussed here. Luminescence is very intense and therefore only a small amount of this substance is needed for luminescence to occur.

What happens inside the glow sticks?

According to the instructions, the polymer stick must be bent. The resulting snapping noise is caused by the glass vial inside the polymer tube breaking. The polymer stick subsequently emits an intense glow. Depending on the fluorescent chemicals used, different colors of light are emitted. A chemical conversion process known as ‘peroxyoxalate chemiluminescence’ takes place. An example is the reaction between diphenyl oxalate and hydrogen peroxide, as shown in figure 3.

Figure 3: Chemical reaction of the substances in a glow stick

The oxalate ester reacts with the hydrogen peroxide to produce phenol (2ROH) and the short-lived and high-energy reaction intermediate 1,2-dioxetanedione, which in turn reacts to CO2 in the presence of the fluorescent dye. At the same time, an electron in the fluorescent dye molecule is promoted to the next unoccupied molecular orbital (excited state). This process is possible because the electron hits the π-electron cloud of the dye molecule (table 1, dyes). 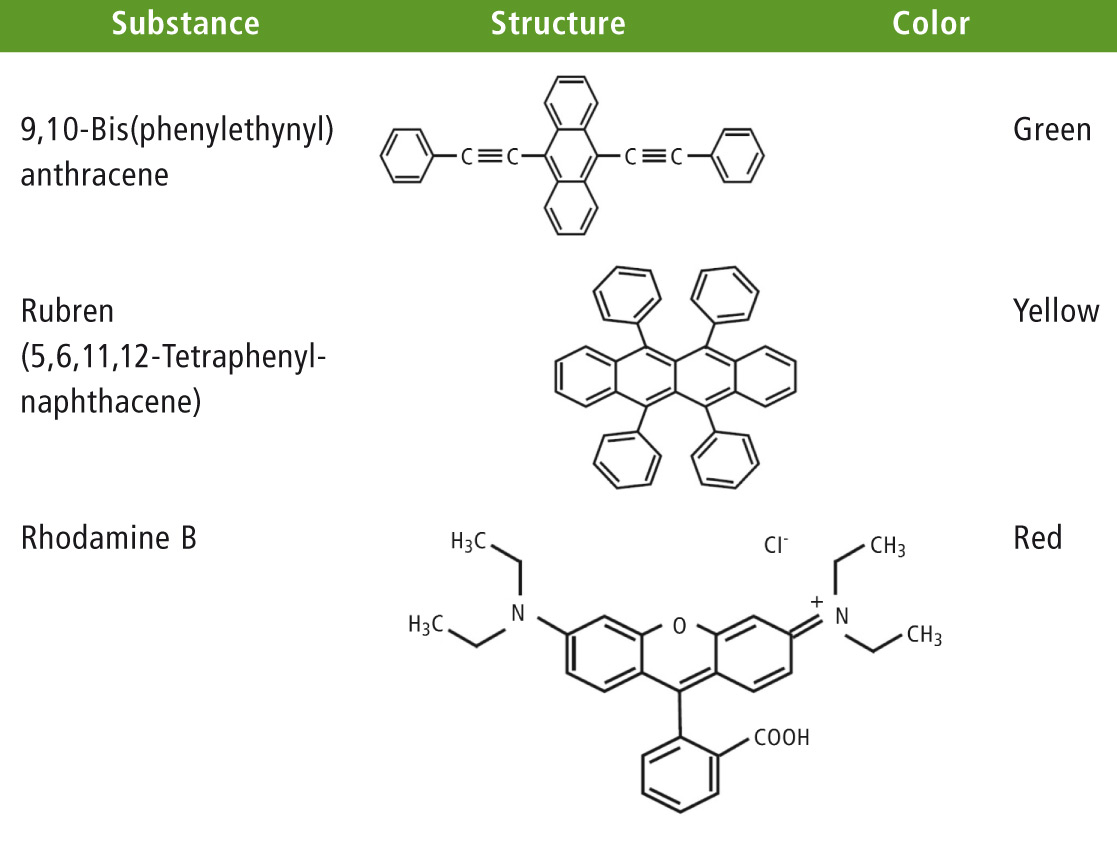 Table 1: Fluorescent dyes – examples for red, green and yellow, the ring systems and the multiple bonds, are sources for high-energy π electron clouds

Luminescence occurs when an electron within the electron cloud is promoted into an energetically higher unoccupied orbital level (excited singlet state). From this excited state, the electron falls back to the ground state under the emission of photons (h*√) [1]. This luminescence effect can be analyzed using emission measurements in the visible spectral range. Table 1 lists some of the fluorescent dyes used in this application.

How is chemiluminescence detected?

Chemiluminescence emissions from chemical reactions can be measured with Shimadzu’s RF-6000 spectrofluorophotometer. Luminescence qualification as well as time-dependent observation is possible.

All five bracelets contained in the package in the colors blue, yellow, green, red and pink-purple were measured consecutively. The assignment of color is subjective. It is therefore advisable to process the obtained spectra from the visible spectral region using color determination software. The color pink-purple can then be more unequivocally assigned, as assessed according to standardized color scales.

The emission spectra of the five glow sticks are shown in figure 4. The displayed colors of the spectra correspond to the appearance of the luminescence. 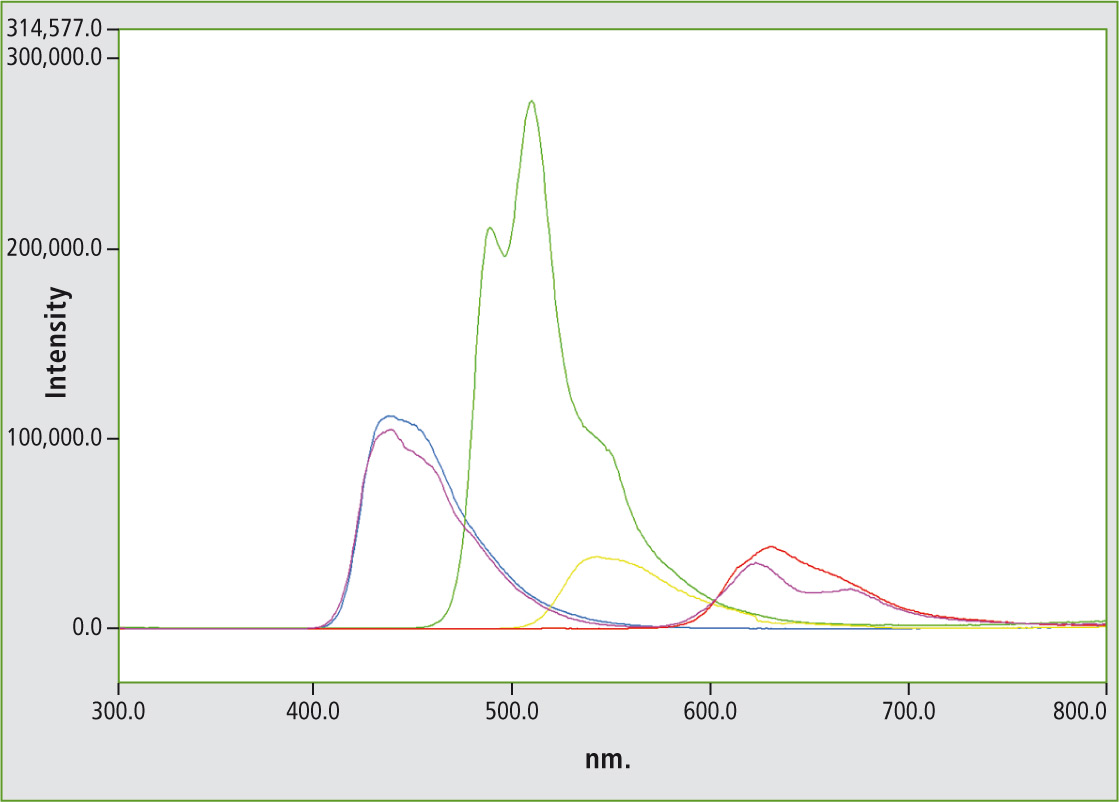 Figure 4: Emission spectra of five party bracelets. The colors of the spectra correspond to the glow stick colors.

As the light emission duration was advertised to be approximately eight hours, a corresponding kinetic study was started. For this purpose, a glow stick was placed in the sample compartment for measurement immediately after activation of the luminescence at known luminescence wavelength (629 nm for red). It was found that the highest luminescence intensity was achieved within the first seconds and minutes.

The emission initially decreases strongly and then turns into a faint glow, which continuously decreases over time to a constant value after about 170 minutes (figure 5, total time eight hours).

Figure 5: Kinetics of the luminescence of a red glow stick over a time period of eight hours. The curve shows the decrease of intensity versus time.

Glow sticks, which among other things are used as party bracelets, should not fall into the hands of children. The polyethylene tubes contain chemicals that smell strongly and can stain textiles. In addition, after bending the glow stick, the polymer tube contains glass splinters. The polymer tube itself is quite thick but it can be cut easily with scissors. Under normal conditions, everything stays in the tube and can be disposed of after use.

The chemiluminescent colors can be determined using Shimadzu’s RF-6000 spectrofluorophotometer and the luminescence time is in agreement with the times indicated on the glow stick packaging: a time period of about eight hours in which the intensity, as shown by the time curve measurement – the kinetics – decreases significantly within the first few minutes.