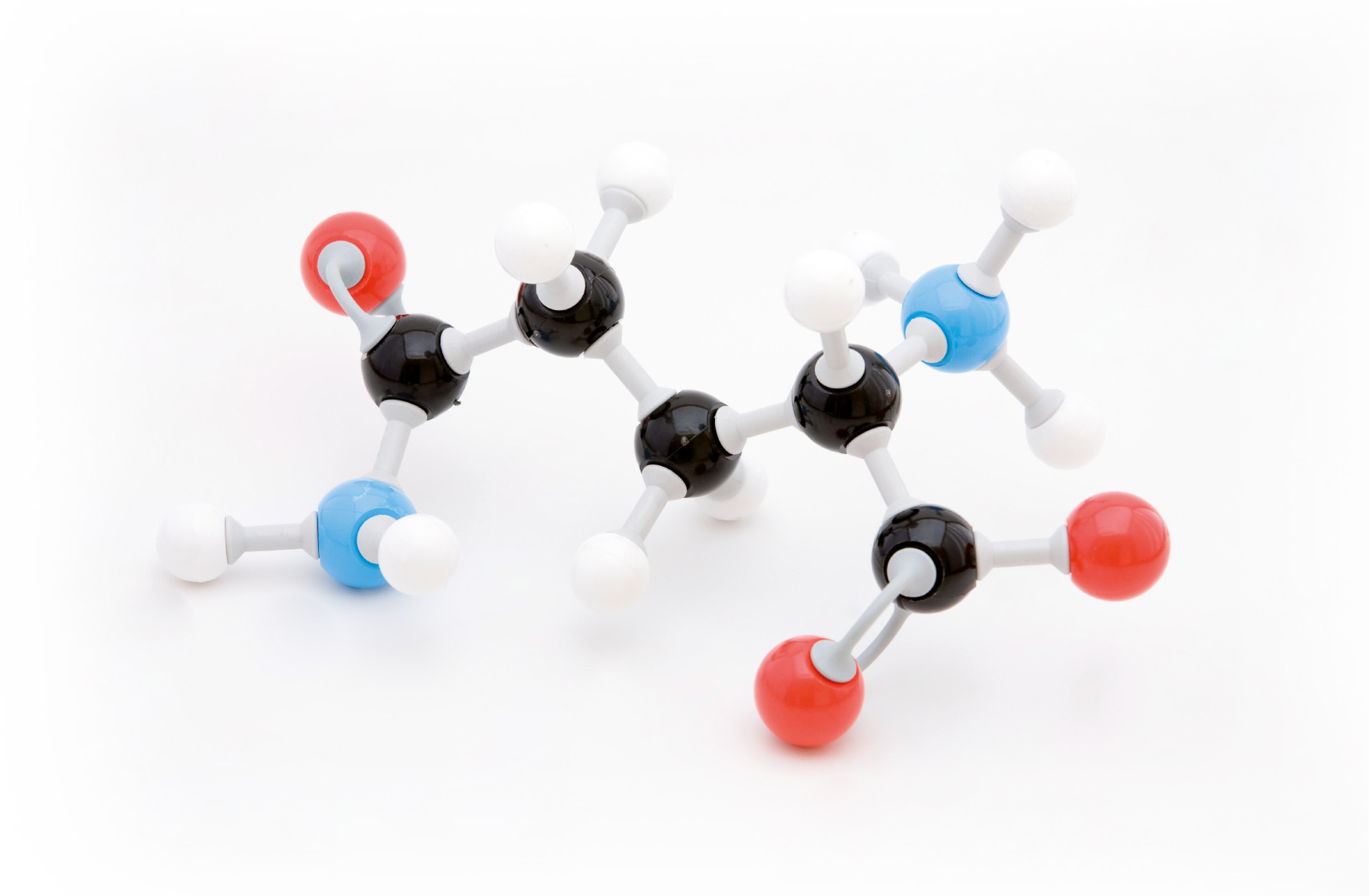 Amino acids are of vital importance for human life. They are the basis for each and every metabolic pathway in the body, since they serve as transport or storage medium. Amino acids are components of protein-containing foods and are also used in cosmetics, such as skin care products and shampoos. 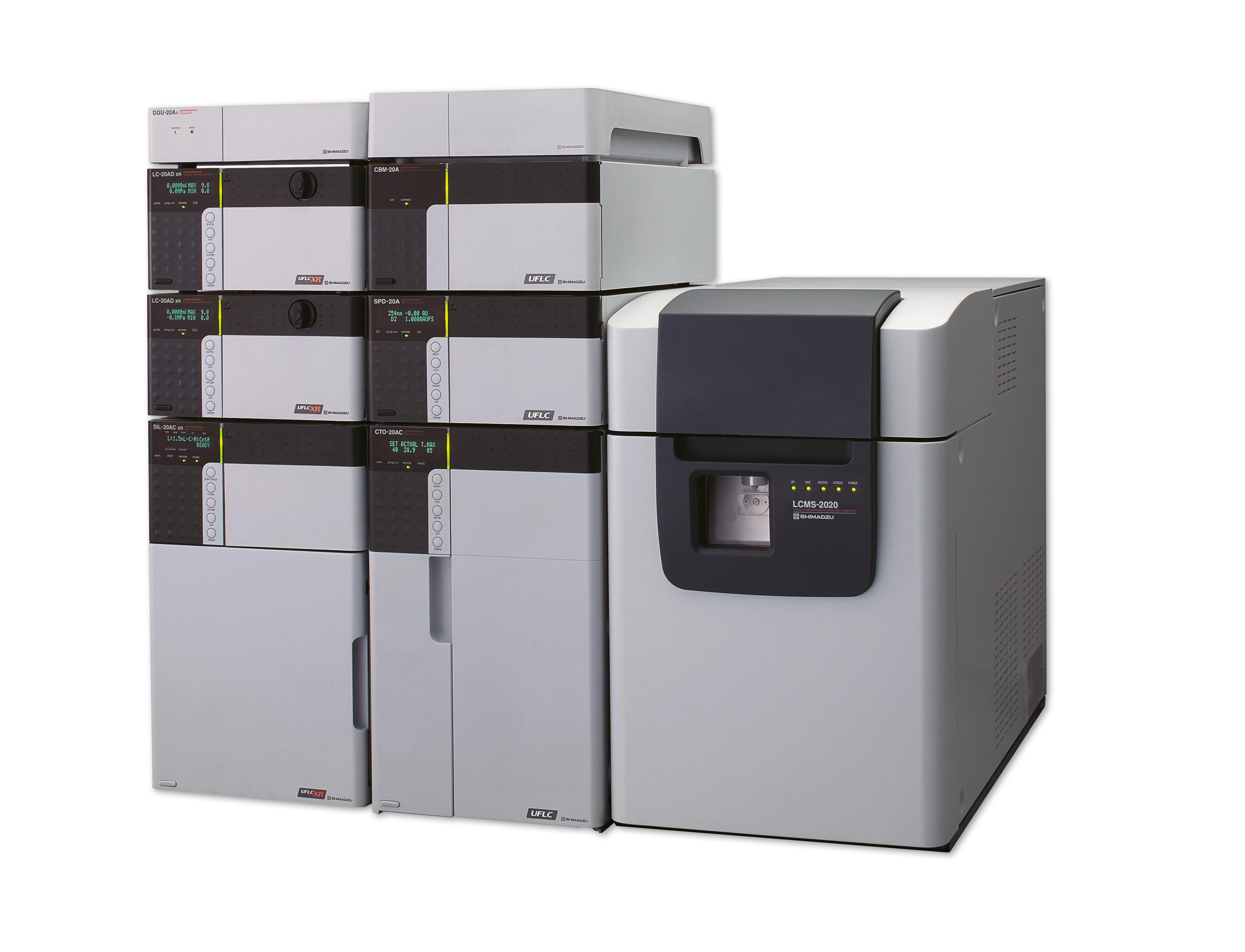 Proteinogenic amino acids are the building blocks of proteins in living organisms. The 20 L-amino acids are each encoded by three nucleic acids. Of these, 12 amino acids are synthesized by the human body, for instance by microorganisms that live in the human digestive tract. The remaining 8 amino acids are essential for humans, meaning that they must be absorbed from foods containing animal proteins or a suitable combination of plant proteins. 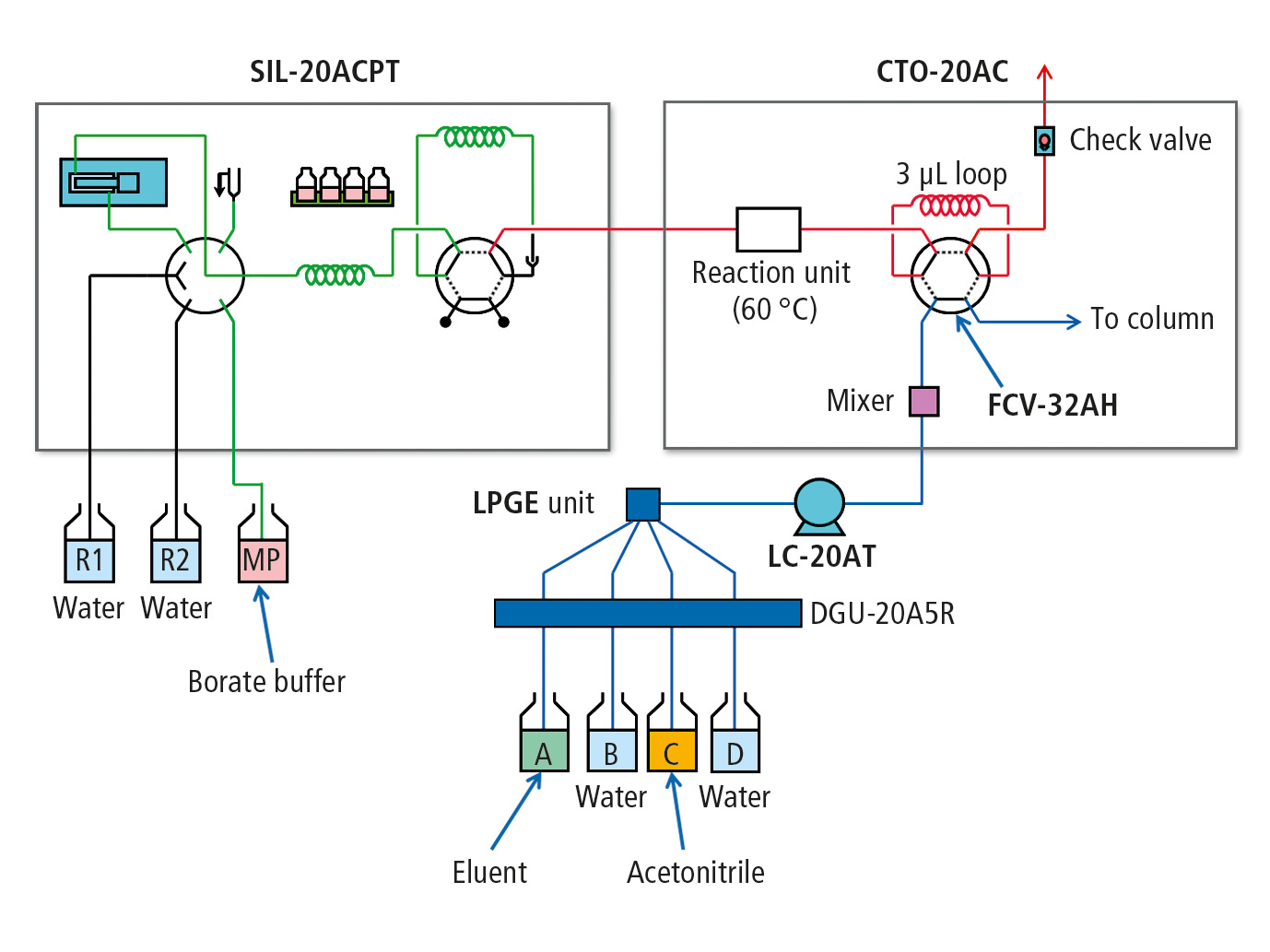 Valine, methionine, leucine, isoleucine, phenylalanine, tryptophan, threonine and lysine are essential amino acids for humans. Semi-essential amino acids, however, only need to be absorbed from foods in certain situations, for instance during growth or serious injury. The remaining amino acids are either synthesized directly or derived from other amino acids through modification and are, therefore, referred to as non-essential.

Figure 2 shows the schematic design of the UF-Amino station. All necessary reagents such as amino acid standards, internal standard, reaction reagents and eluents are commercially available from Wako Chemicals, Neuss, Germany. After mixing of all the reagents, the product mixture is left standing in the reaction unit for a short time at 60 °C to complete the derivatization. The derivatizated amino acids obtained are injected onto the analytical column (Shimpack UF-Amino 2.0 µm, 2.1 x 100 mm) via an injection loop, installed within a switching valve, and subsequently detected using the LCMS-2020 single-quadrupole mass spectrometer. 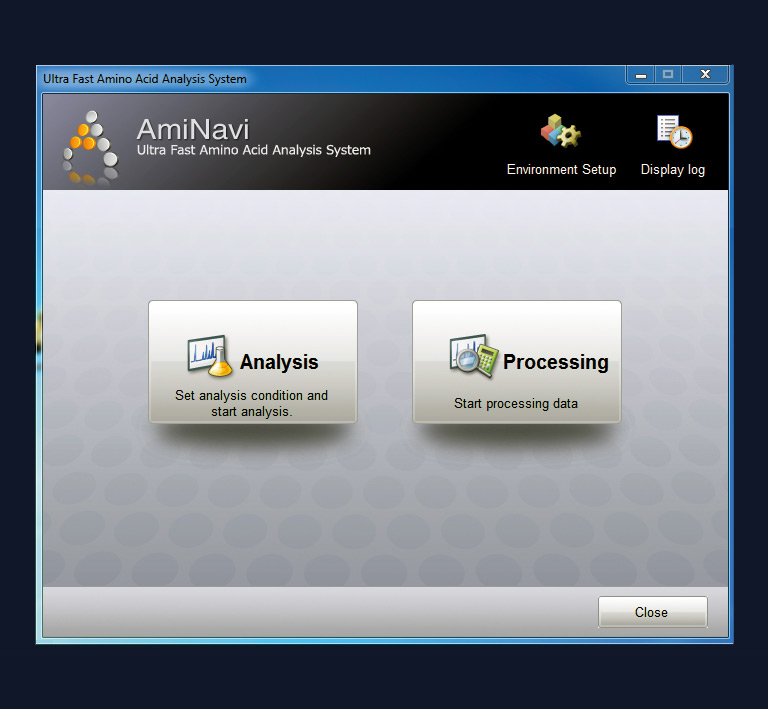 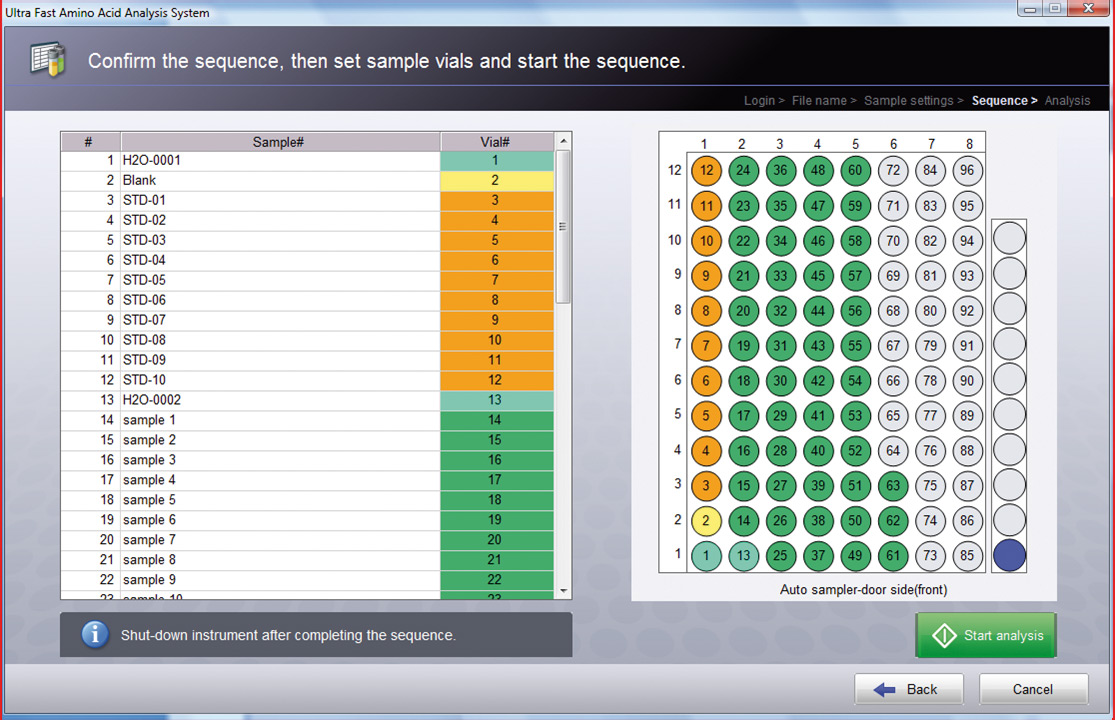 Figure 4: Analysis – Color highlighting of the individual sample positions of the batch

The AmiNaviTM software, specifically developed for the UF-Amino Station, supports users in setting up complete analyses and evaluation of samples. After entering sample names, a batch with the desired number of standards, blank injections and samples is created automatically. This is then illustrated via color highlighting of the positions of the individual substances in a deep-well plate, so that filling of the wells is greatly simplified. 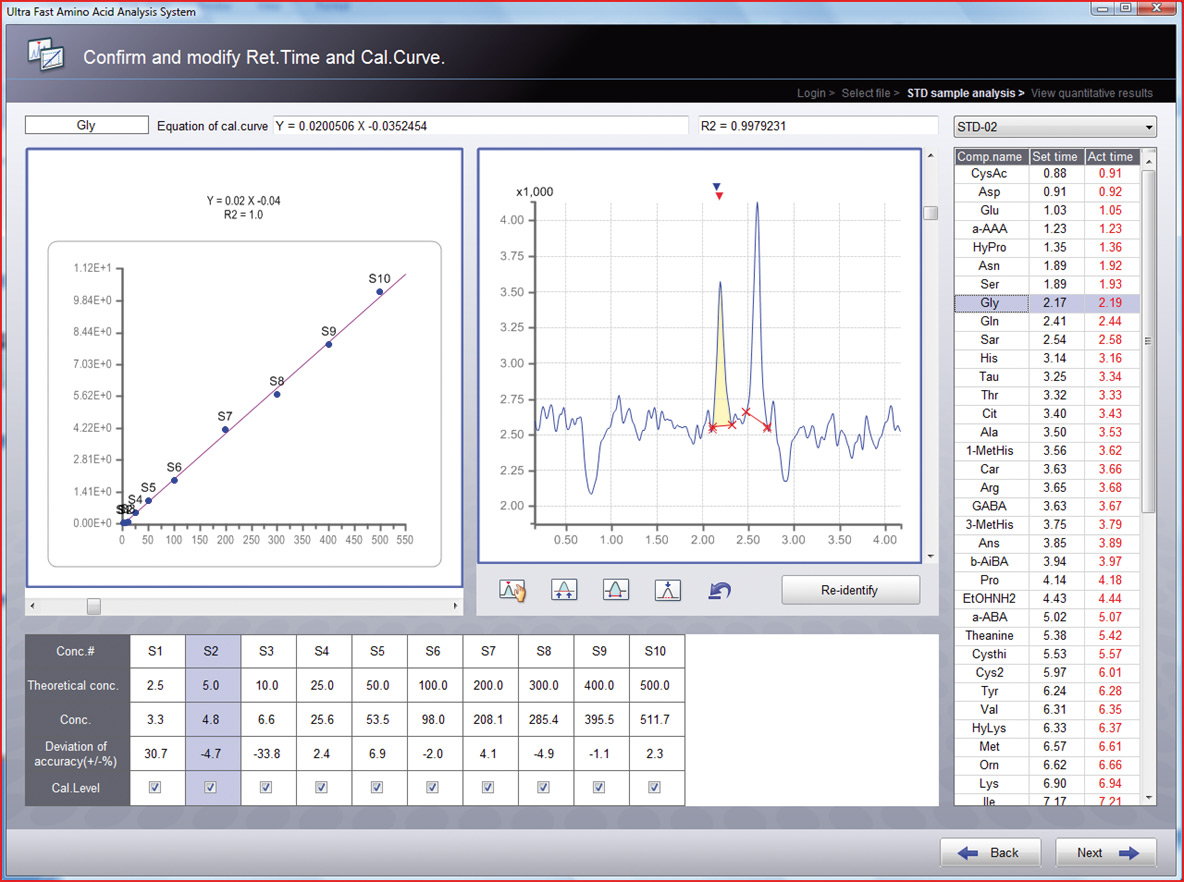 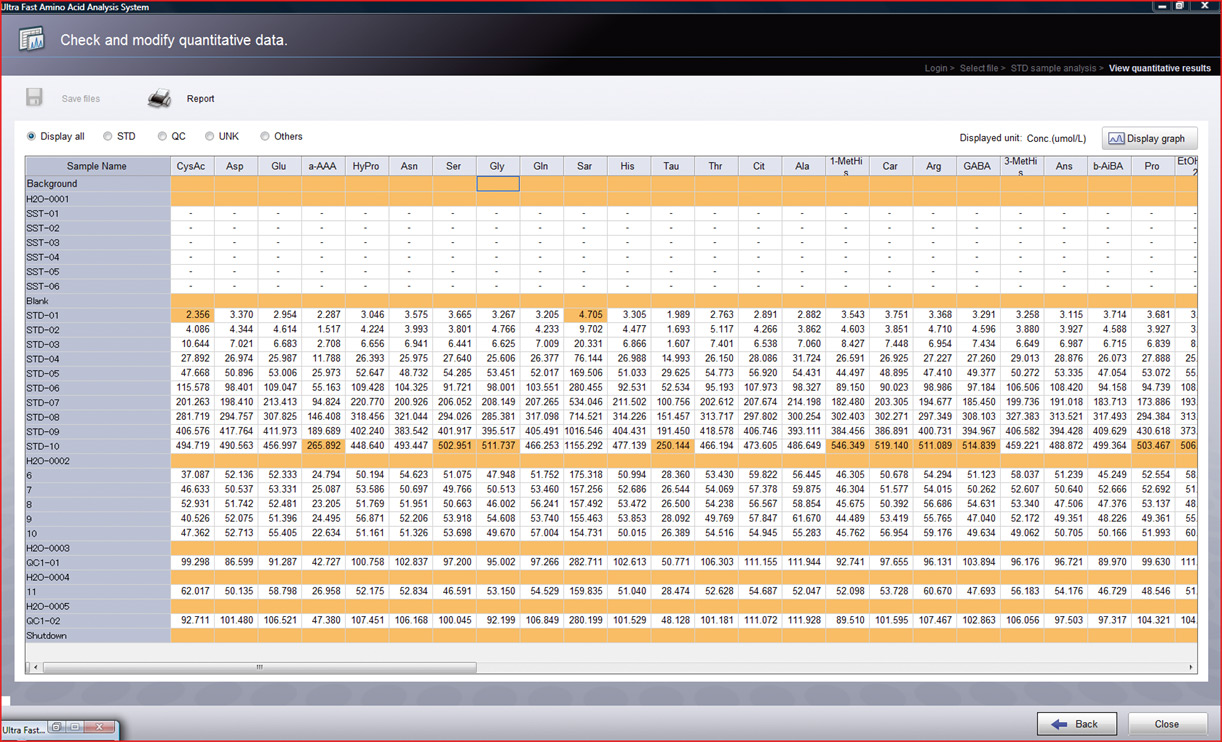 Figure 6: Overview table of the concentrations

The calibration curve is created automatically according to the preset method and can, whenever required, be very easily modified or adapted via manual integration. An overview table which shows the concentrations of the individual amino acids can be printed as a report.

Investigation of a standard mixture containing 38 amino acids with the UF-Amino Station results in good separation between the individual substances and good sensitivities for identification and quantification – which can be evaluated very easily using the AmiNaviTM software. Figure 7 shows the corresponding chromatograms as depicted with the LabSolutions software. 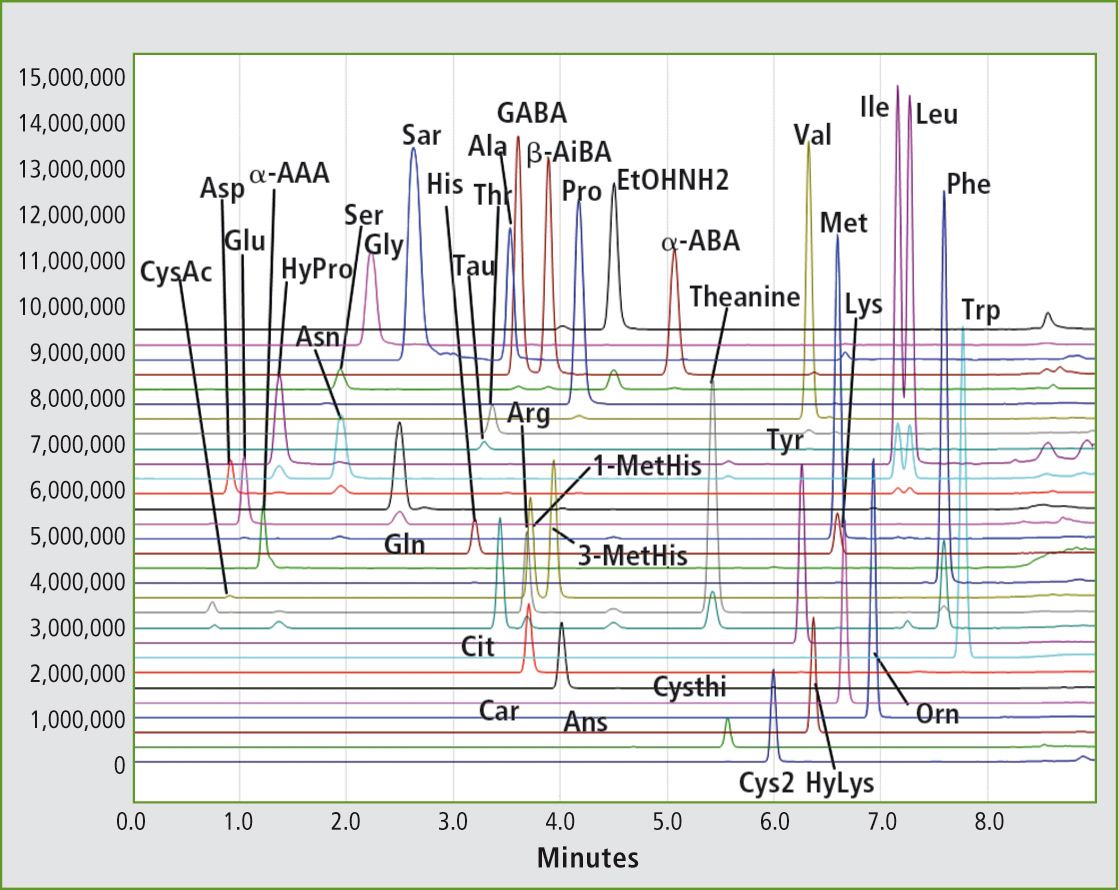 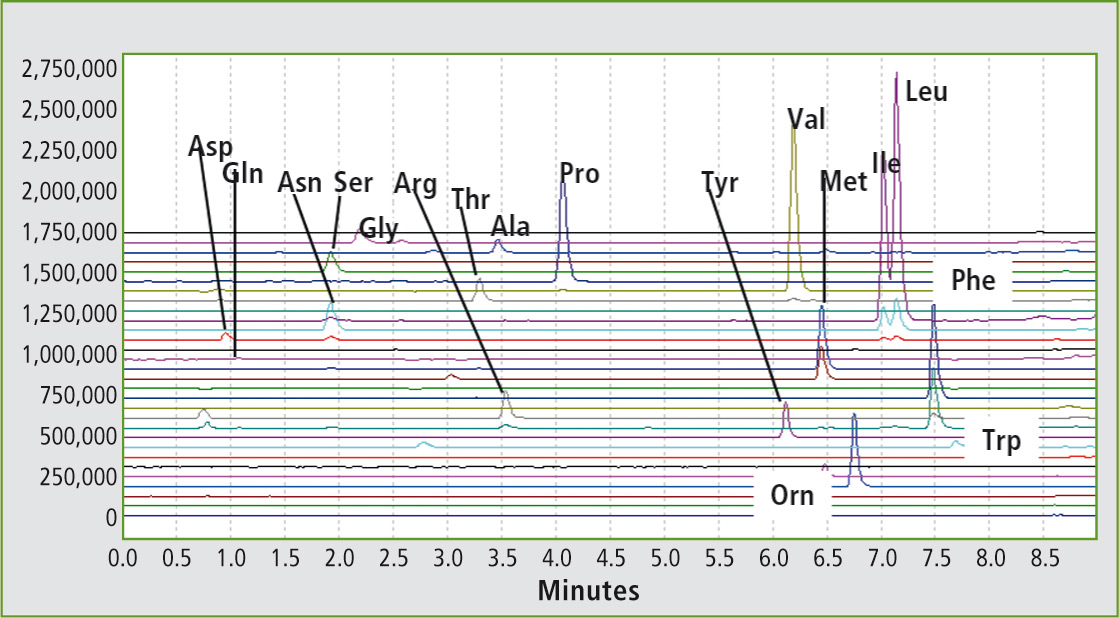 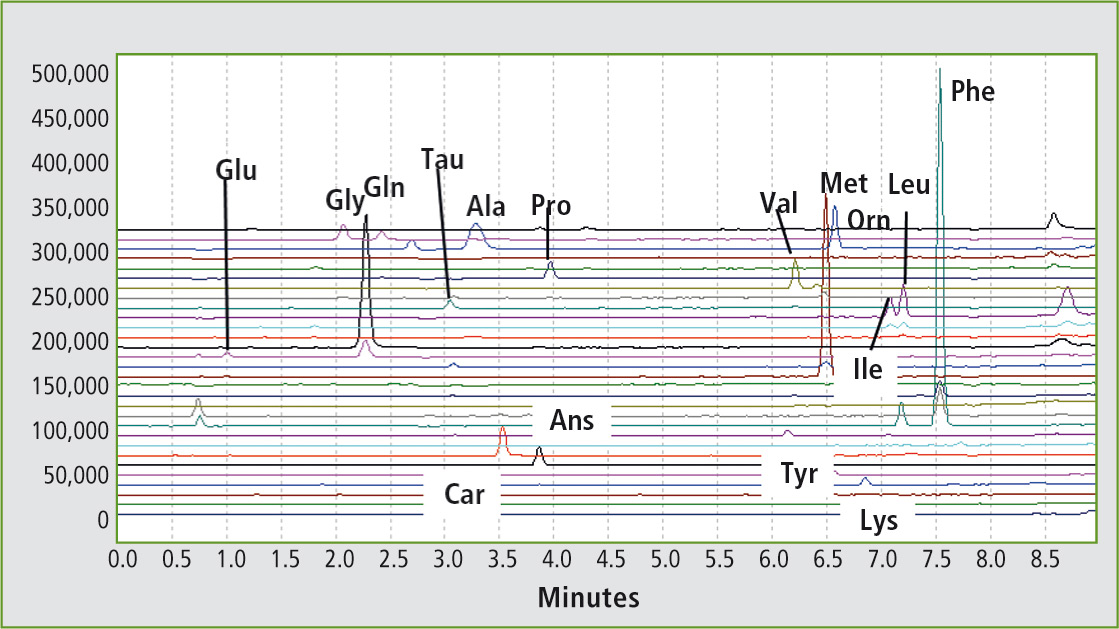 The fully automated derivatization by the UF-Amino Station and the easy-to-use AmiNaviTM software for starting and evaluating sample sequences enables high-throughput analysis of up to 38 amino acids. Compared to other methods, fast chromatography and automatically performed, parallel derivatization can result in considerable savings in time per analysis, as illustrated in figure 10. 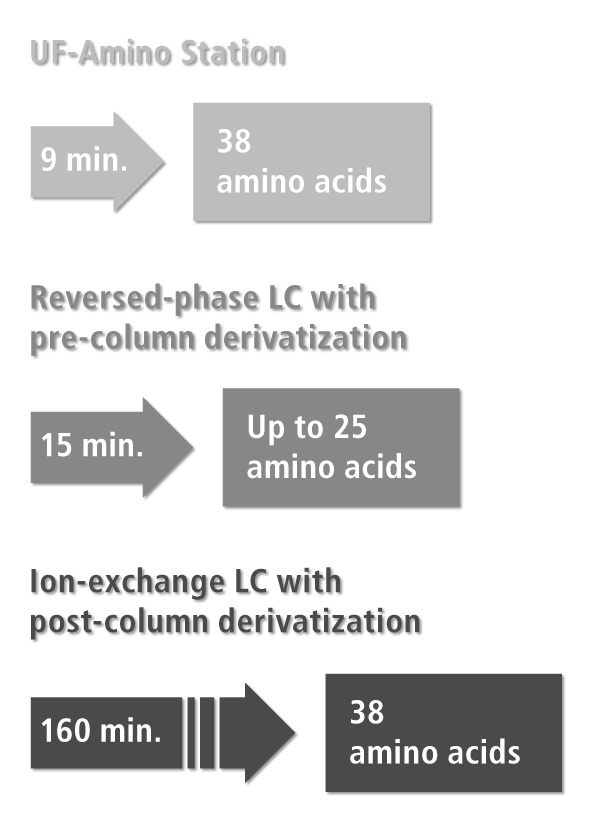