Mercury in the food chain! 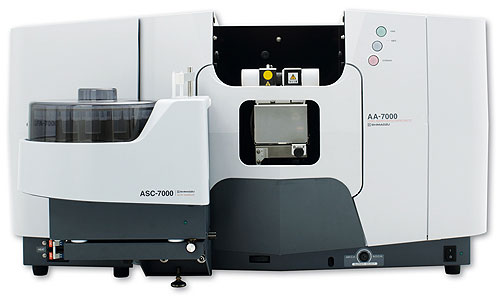 Mercury and its compounds are highly toxic to humans and the environment. Mercury enters the food chain via various pathways. The metal is used in the production of chlorine, electrical appliances and measuring equipment. Mercury reaches the air mainly through waste incineration plants, and it enters the environment and foods via untreated wastewaters. Another source of contamination is the use of contaminated sewage sludges as fertilizer. Mercury in amalgam dental fillings also plays a role in human toxicity.

Alarming is the exceeding of the maximum allowed limit values in sea fish such as tuna, swordfish and shark on the European market, as established in the foodstuff monitoring program of the German Federal Office of Consumer Protection and Food Safety.

For this reason, the International Community of States is trying to bring into effect a treaty relating to the containment of mercury production and emission. At the UNEP (United Nations Environment Program) annual assembly in Nairobi in 2009, the Environmental Secretaries of the United Nations agreed to identify all details of mercury reduction by 2013. Directive 2006/11/EC of the European Parliament and of the Council of 15 February 2006 (on the pollution caused by certain dangerous substances discharged into the aquatic environment of the Community) already includes mercury and mercury compounds. Currently, however, mercury is still being released into the environment via waste incineration, fluorescent tubes, rechargeable batteries, amalgam dental fillings, thermometers and electronic components.

The limit value set by the World Health Organization (WHO) for mercury in drinking water is 1 μg/L, which is exactly the same as in the European Drinking Water Ordinance.

Two methods for the determination of mercury

The cold-vapor method is an adaptation of the hydride method, whereby a reducing agent is used to generate atomic mercury (instead of hydride). This European Standard specifies two methods for the determination of mercury. Stannous chloride or sodium tetrahydroborate is used as reducing agent. The method is selected according to the measuring equipment available and the matrix. Both methods are suitable for the determination of mercury in different bodies of water, for instance ground water, surface water and wastewater, in the concentration range of 0.1 μg/L to 10 μg/L. Higher concentrations can be determined after suitable dilution of the water sample. Lower concentrations in the range of 0.01 μg/L to 1 μg/L can be determined using special mercury analyzers with optimized instrumentation.

In addition to the cold-vapor method, electrothermal atomization using a graphite furnace is also a suitable method for quantitative determination of mercury. Experimental analyses in the concentration range of 10 μg/L up to 100 μg/L were carried out using a Shimadzu AA-7000G atomic absorption spectrometer (Fig. 1), which is equipped as standard with the deuterium- and high speed self reversal background compensation methods. For electrothermal atomization, the high sensitivity GFA-7000 graphite furnace with digital control was used. During fully automated operation, calibration from a stock standard solution was carried out via the ASC-7000 sample preparation station. The system parameters are summarized in table 1.

Table 1: Instrumental parameters for the determination of mercury

In order to reliably determine the highly volatile mercury in the graphite furnace mode, an iridium modifier is required for stabilization. For this purpose, 20 μL of an iridium solution was placed in the graphite tube and pre-dried prior to each sample injection. Only afterwards, 20 μL of a sample solution is injected and the heating program started.

Mercury analysis requires optimization of the heating program. The WizAArd software enables optimization of the ashing phase as well as the atomization phase. The ashing temperature selected should be as high as possible in order to destroy the matrix as far as possible, but at the same time to hold the highly volatile mercury in the graphite tube up to the point of atomization. 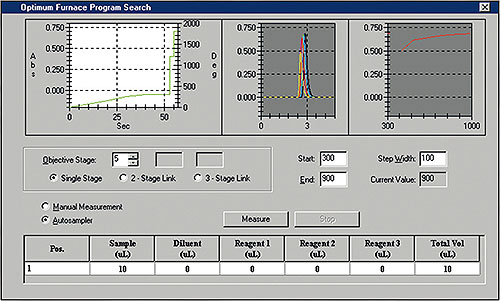 Figure 2: Optimization of the ashing and atomization temperatures

Calibration was carried out using a standard solution of a maximum concentration of 100 μg/L mercury in the graphite furnace mode at an injection volume of 20 μL. The calibration curve in the concentration range of 10 μg/ L to 100 μg/L is shown in figure 3. The recovery rates are 95 % and correlate well with the results of the cold-vapor method. The graphite furnace method is, therefore, an excellent alternative method for routine mercury determination.