How healthy is olive oil?

Determination of PAHs in foods according to EFSA 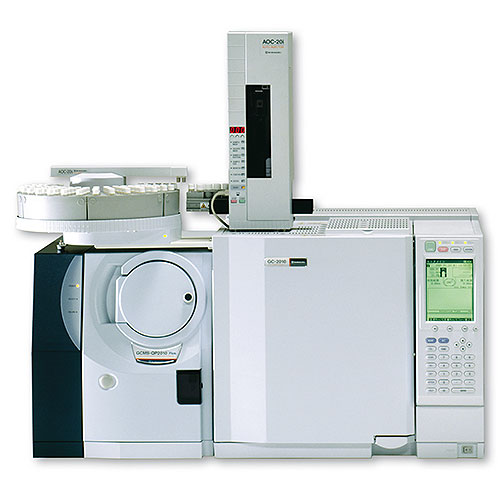 Polycyclic aromatic hydrocarbons (PAHs) are environmentally hazardous pollutants. The European Food Safety Authority (EFSA) has presented a list of 16 PAHs in order to better assess their occurrence and toxicity in foods. GCMS offers a robust and sensitive method for reliable quantitative determination of PAHs.

Polycyclic aromatic hydrocarbons (PAHs) constitute a broad class of organic compounds consisting of two or more condensed aromatic rings. They are formed primarily during incomplete combustion, i.e. pyrolysis, of organic compounds and in many industrial processes. They occur in automotive exhausts and industrial emissions, in vegetables, grains and grilled products. They are formed during cigarette smoking or roasting of coffee.

PAHs typically occur as complex mixtures which can consist of several hundred compounds. Due to their characteristic of remaining unchanged in the environment over long periods of time (persistence), their toxicity and their widespread distribution, PAHs are considered as highly hazardous environmental pollutants.

To assess environmental pollution by PAHs, 16 PAHs are typically determined according to EPA (Environmental Protection Agency) methods. These 16 so-called EPA-PAH high-priority pollutants are, however, not considered as adequate for the analysis of foods. In order to better assess the toxicological relevance in foods, the EFSA (European Food Safety Authority) has proposed its own list of 16 PAHs (compare table 1). 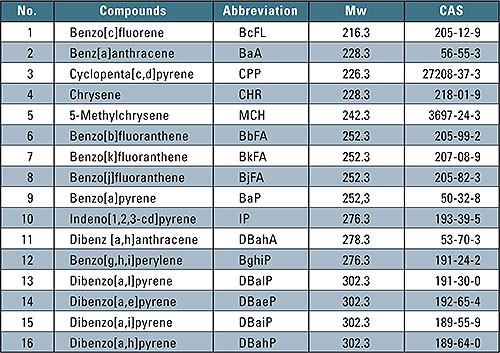 Table 1: The 16 PAHs according to EFSA in their order of elution on an Rxi-17 column, their abbreviations, their molecular weights and their CAS numbers

Towards a new norm

In the European Union Commission Regulations 208/2005 and 1881/2006, maximum levels for benzo(a)pyrene were specified for several foods. These ranged from 1 μg/kg in baby foods to 10 μg/ kg in shellfish.

In a comprehensive study the EFSA has found that benzo(a)-pyrenes could not be detected in some foods. However, these foods contained carcinogenic PAHs. The ESFA could therefore not consider benzo(a)pyrenes to be adequate markers for PAH toxicity in foods.

The EU recommendation 2005/ 108/EC lists 15 PAHs possessing proven carcinogenic effects, which must in future be closely examined in foods. Benzo(c)fluorine, which was proposed by the JECFA (Joint FAO/WHO Expert Committee on Food Additives) in 2005, was also included in the recommendations of the EFSA. The list of PAHs to be determined according to EFSA therefore contains 16 compounds as listed in table 1.

PAHs are absorbed through foods, via the skin and/or through inhalation of contaminated air. For non-smokers, food is considered to be the greatest source of exposure.

The PAHs to be analyzed according to EFSA, exhibit mutagenic or genotoxic effects on somatic cells in animal experiments, and are considered as potential carcinogens.

Quantitative PAH determination is usually carried out via GCMS or HPLC with UV or fluorescence detection.

During HPLC analysis, cyclopenta[c,d]pyrene’s extreme sensitivity to light must be considered. For this reason, UV and fluorescence detection can lead to quantification problems.

In particular, gas chromatographic separation of fluoranthene (BbFA, BkFA, BjFA) poses a challenge. Separation is, however, possible when using a GC mixed stationary phase consisting of biphenyl and dimethyl polysiloxanes. The use of a separation column with a low film thickness is recommended, in order to ensure that the elution of high-boiling point PAHs proceeds without any significant loss in chromatographic resolution.

The samples were analyzed and quantified via GCMS using Shimadzu’s GCMS-QP2010 Plus equipped with a Restek Rxi-17 column (L 20 m / ID 0.18 mm / FD 0.1 μm). Figure 1 shows the chromatogram of a standard solution. A standard with a concentration of 1 mg/L was measured. The separation time was 24 minutes. The fluoranthene range was shown enlarged at a chromatographic resolution of > 1. 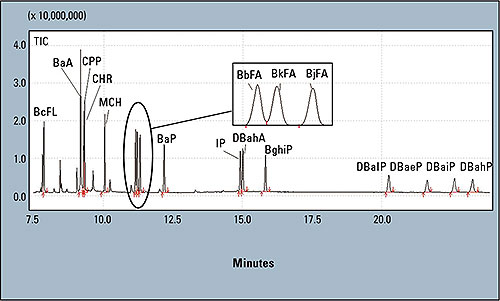 Figure 1: GCMS chromatogram of the 16 PAHs according to EFSA, recorded in full scan mode. The abbreviations are explained in table 1. Concentration of the standard was 1 mg/L.

Calibration was carried out over a measuring range of 0.1 μg/L to 100 μg/L. For the standard with concentration of 0.1 μg/L, the signal-to-noise ratio of the lasteluting peak (DBahP) was > 20 (RMS).

The samples measured were processed olive oils. Sample cleanup was carried out via solid-phase extraction over HR-P columns (Macherey & Nagel) (washed with hexane, eluted with toluene). The solution was subsequently spiked with the PAHs listed in table 1 so as to obtain a concentration of 2.5 μg/L. This corresponds to the expected PAH concentrations of contaminated real samples. Figure 2 shows a section of the corresponding chromatogram of the olive oil sample. 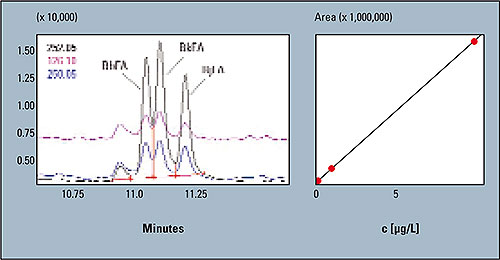 Figure 2: Section of the olive oil chromatogram recorded in the SIM mode showing separation of fluoranthenes as well as the calibration curve of the BbFA. The correlation coefficient is 0.99997.

Determination of PAHs in foods according to EFSA is expected to become a routine analytical method in the near future. GCMS is already a well-established method that is both robust and sensitive. A prerequisite for this method is sufficient chromatographic resolution and a suitable sample cleanup procedure.

Polycyclic aromatic hydrocarbons are environmental pollutants occurring in vegetables, grains and grilled products, which are also formed during cigarette smoking or roasting of coffee. Based on a list of 16 PAHs, the European Food Safety Authority (EFSA) assesses the toxicity of PAHs in foods. For the quantitative determination of these compounds, GCMS offers a robust and sensitive method.