Climate research in the ocean

An alternative method for the determination of carbon dioxide in seawater

The world’s oceans have been carbon dioxide sinks since eons. CO2 from the air is permanently bound in the sea by creatures that use calcium carbonate to build their skeleton. An American scientist team conducted a long-term experiment with corals at the Leibniz Center for Marine Tropical Research (ZMT) in Bremen, Germany. The TOC analyzer based DIC (Dissolved Inorganic Carbon) method demonstrated its suitability as a safe, exact and fast alternative method for the investigation of seawater.

One of the world’s greatest challenges today is the containment of anthropogenic global warming. The agreement ratified at the Paris Climate Summit stipulates, inter alia, to limit global warming to below 2 °C of the pre-industrial level. Hopes are that the effects of climate change such as weather extremes, glacier melting or rising sea level can be reduced significantly.

One of the main causes of climate change is presumed to be the emission of so-called greenhouse gases. The gas most emitted by industrialized countries is carbon dioxide, and it is generated by burning fossil fuels. By way of comparison: In the 1960s, the average volumetric carbon dioxide content of the air was approx. 280 ppm, today it is over 400 ppm.

Coral in the climatic cycle

Two thirds of the Earth’s surface are covered by water. The world’s oceans have functioned as important CO2 sinks for millions of years. A part of the carbon dioxide contained in the atmosphere is first dissolved in seawater until it finally dissociates and reaches the chemical carbonic acid equilibrium. Within the pH-environment of the oceans (pH approx. 8.2), it is present as almost 100 % hydrogen carbonate. Much of these carbon deposits are permanently bound by organisms that use calcium carbonate to build their skeleton, such as stony corals.

Climate changes and the increasing concentration of carbon dioxide in the atmosphere have several effects on the oceans and the seas. On one hand, increases in CO2 concentration lead to the so-called acidification of the oceans. On the other hand, the solubility of CO2 decreases as sea temperature rises. 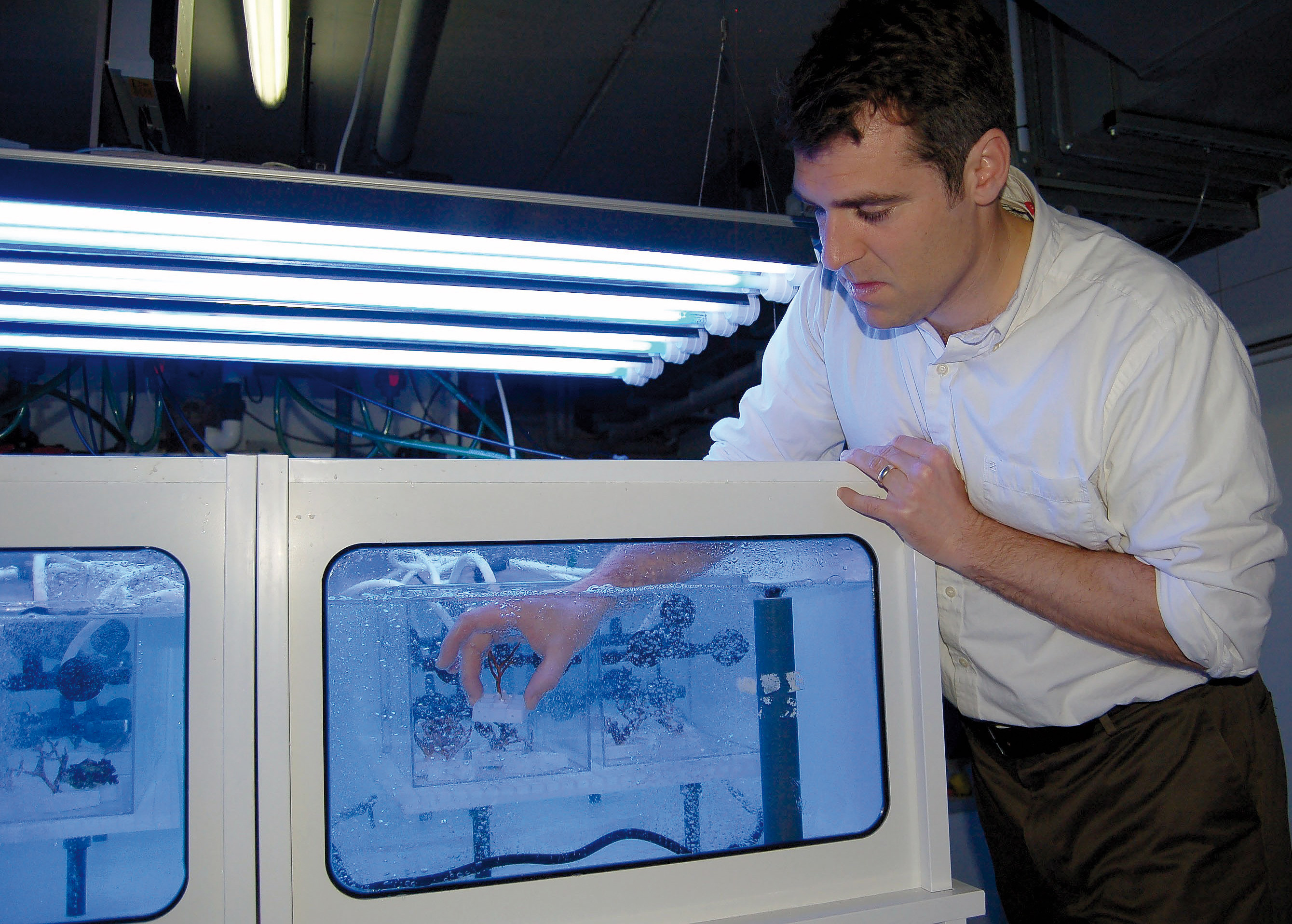 Particularly in tropical latitudes, corals which are important for the global carbon cycle grow and thrive. In the marine water research facility (MAREE) of the Leibniz Center for Marine Tropical Research (ZMT) in Bremen, Germany, a tropical marine environment can be simulated and ecophysiological tests can be performed.

In order to study the possible effects of warming and increased CO2 concentration of seawater on corals, a series of experiments were undertaken where corals were observed in different environments. Varying temperatures were set in the test tanks, and pre-industrial, present, and future CO2 concentrations were investigated using a gas mixing system. This way, growth rates of the corals were determined over many weeks.

The experiments were carried out on the tropical stony corals Stylophora pistillata, Pocillopora damicornis and Seriatopora hystrix, as well as on the cold-water coral Lophelia pertusa. They are part of the scientific studies of Prof. Justin Ries of the “Northeastern University” (Boston, Massachusetts, USA). For this purpose, Prof. Ries and his team visited the ZMT for several months to conduct and evaluate the experiments.

In order to characterize the water conditions in the test tanks, temperature, pH, alkalinity (acidity buffering), salinity (salt content) and DIC (dissolved inorganic carbon) were used. During these experiments, especially the alkalinity and the DIC were analyzed continuously. 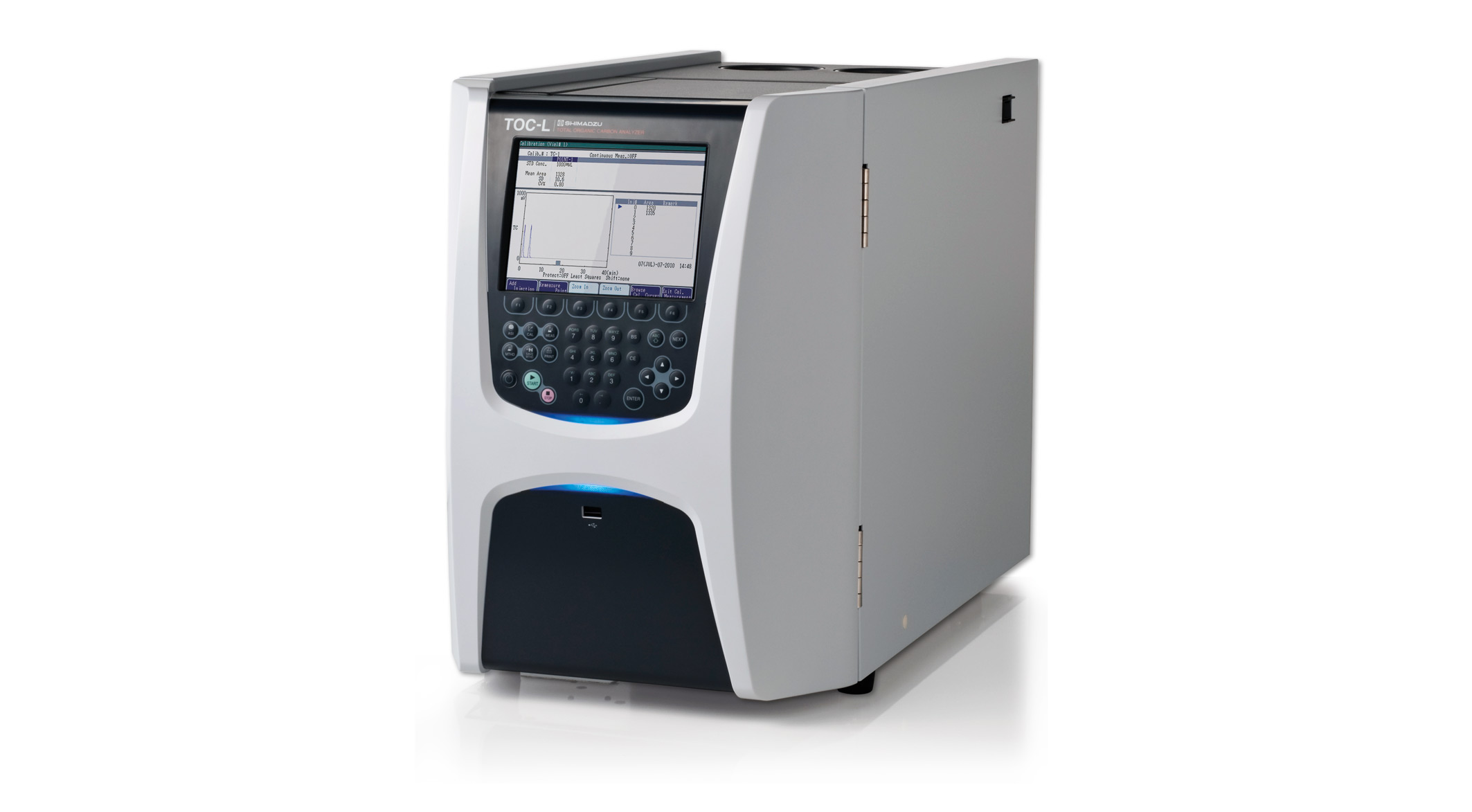 A coulometric reference method has been established as an international standard to determine the DIC. In this process, an aliquot of the seawater sample is acidified with phosphoric acid. The resulting CO2 is introduced into the measuring cell of a coulometer by means of a stripper gas and is absorbed in a reaction solution (ethanolamine in dimethyl sulfoxide). The CO2 reacts with the ethanolamine to form hydroxyethylcarbamic acid and leads to a decoloration of the indicator contained in the reaction solution. The resulting hydroxyethylcarbamic acid is neutralized by the electrochemical formation of OH ions. The current consumed is used to calculate the concentration of the DIC.

Analysis of a seawater sample (single determination) typically takes about 15 minutes by means of the reference method. Additional time is consumed for tempering the samples and the long equilibration of the analysis system. About ten samples can be analyzed during an 8-hour working day. In Prof. Ries’ experiments, 36 seawater samples per day had to be analyzed for DIC. An alternative analytical method was therefore proposed which would provide comparable results, have high reproducibility, be automatable and offer shorter analysis times. In addition, the use of smaller sample quantities was requested (25 mL instead of 100 mL in the reference method).

One procedure established in the environmental sector to detect the organic load of water is TOC-Determination (Total Organic Carbon). An aliquot of the water sample is injected onto a 680 °C heated platinum catalyst. The carbon dioxide arising during the combustion is guided by a carrier gas to an NDIR detector and thereby detected. With this method, it is necessary to remove the inorganic carbon fraction completely before combustion or to determine it separately and to take it into account (subtraction).

The ZMT uses a highly sensitive Shimadzu TOC analyzer capable of determining DIC separately. An aliquot of the sample is injected into a phosphoric acid receiver. The resulting CO2 is conducted to an NDIR detector by means of carrier gas and quantified. The single determination of a DIC concentration takes about 3 minutes. The time advantage of this method was obvious. However, before it could be used, equivalence to the reference method had to be demonstrated.

For this purpose, both methods should have consistent accuracy and correctness. In addition, reproducibility should be < 1 %. ZMT Development engineer, graduate engineer Matthias Birkicht and his colleague Dieter Peterke carried out a large measurement range to ensure equivalence. Synthetic standard solutions of the “Dickson Sea Water Reference Standards” as well as seawater and tap water were measured with both methods at different concentration levels. Values of both methods were plotted against each other in a diagram (figure 3; concentration in µmol/L). 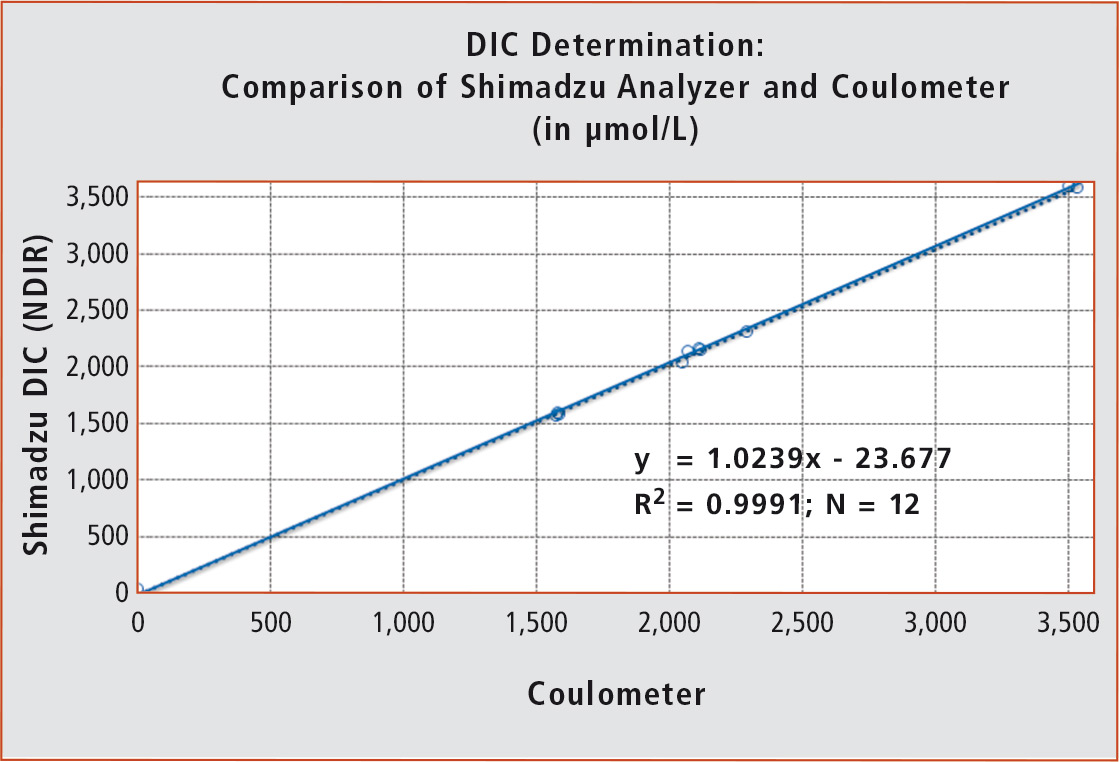 Figure 3: Comparison of the two methods for the determination of CO2 in seawater

Evaluation of the equivalence assessment showed a clear conformity between the two methods. They showed good reproducibility (± 6 µmol/L) and excellent accuracy (± 4 µmol/L) for this type of experiment. Moreover, the alternative DIC method did not consume expensive and toxic reagents compared to the reference method. Consumption costs for an analysis could be reduced to 20 % while saving valuable analysis time. It can be fully automated when used with an autosampler.

In order to be able to assess the risks and effects of climate change, many scientific studies are needed requiring fast, accurate, reproducible and cost-effective analysis methods. The OSPAR international treaty dealing with the protection of the North Sea and the North Atlantic also describes the determination of CO2 in seawater in its guidelines for the Study of Sea Water (JAMP Guidelines for Monitoring Chemical Aspects of Ocean Acidification [2014]). DIC measurement using a TOC analyzer represents a safe, accurate and fast alternative method.

Acknowledgements
The author thanks Matthias Birkicht and Dieter Peterke (ZMT) for valuable data.

Read for you in GIT Labor-Fachzeitschrift 6/17