Peroxides (R1-O-O-R2) and hydroperoxides (R1-O-OH) are increasingly being used in industry and as oxidizing agents in organic chemistry. Hydroperoxides (ROOH) are the initial, generally less stable intermediate products in the oxidation of hydrocarbons (Allara et al. [1968]). For instance, they occur when edible oils turn rancid.

Among the most stable representatives of this class is t-butyl hydroperoxide (TBHP). Current research focuses on improving the efficiency of the industrial production process based on isobutane. Isobutane usually yields several products, as the decomposition of TBHP also plays a role. A prerequisite for increasing the efficiency is, therefore, to carry out a comprehensive study of the processes and a detailed analysis of the complex reaction mixture, which has so far been largely neglected.

Gas chromatography – the method of choice?

For many years, hydroperoxides have not been analyzed using GC, since it was known that they easily thermally decompose. Later, it became evident that tertiary compounds, in particular (R3C-OOH), were relatively stable. Partial oxidation of isobutane is usually carried out at approximately 130 °C. To increase the rate of the reaction, it would be desirable to carry out the reaction at a higher temperature. However, increasing the temperature also increases the decomposition of TBHP and in addition to gaseous products, alcohols, ketones and aldehydes are formed. This is why a method was needed that could separate the complex mixture occurring during this process. For this purpose, however, only GC is suitable and Shimadzu’s GCMS-QP2010 Ultra was selected.

For method development, potentially liquid and gaseous products reported in the literature were identified. First, a mixture of the identified liquid products was prepared in toluene. It should also be clarified which additional compounds could be considered for the preparation of the analysis samples. This is why, in particular, potential solvents such as hexane, decane, ethanol, toluene, acetonitrile and dioxane, as well as compounds that could be used as internal standards or additives, such as t-butyl methyl ether, methyl ethyl ketone and n-hexane were tested.

The main reaction products are TBHP, t-butanol, acetone and methanol; other byproducts can occur due to strong thermal decomposition. An additional problem is the sensitivity of hydroperoxides to metals (including steel) that can catalyze the decomposition.

Among the gaseous products, particularly isobutane, isobutene, oxygen, nitrogen, carbon dioxide, carbon monoxide and methane – as well as propene at higher temperatures – can be expected. In preparation for the gas analysis, a calibration gas containing all these gases was obtained from Linde Engineering AG. In order to carry out the analysis of both the gas phase as well as the liquid products, a suitable GC configuration is needed.

This problem could be solved via column switching using MDGC-Switching (multidimensional GC). For the separation of polar compounds, an RT Stabilwax column was used (length 30 m, ID 0.25 mm, film thickness 0.25 µm). Separation and detection of the permanent gases is carried out using a molecular sieve column (RT M-Sieve 5A 30 m, ID 0.53 mm, film thickness 0.50 µm), which is connected to the Stabilwax column via the switching valve, and a thermal conductivity detector (TCD). After approximately two minutes, the valve switches over from the TCD to the MS system. The products retained by the Stabilwax column are then detected using a mass spectrometer, after passing through a stainless steel (SilcoTek GmbH, Silcosteel) restrictor (0.45 m, ID 0.15 mm). The restrictors of the switching valve were also manufactured from Silcosteel.

Separation of the mixture

a) Liquid phase
At an isothermal phase of 40 °C for 5 minutes with subsequent heating to 250 °C at 10 °C/min, the components of the liquid sample are only partially separated. The t-butanol and methanol signals overlap each other, although they are separated when using the headspace technique with a retention time difference of approximately 0.2 minutes. In the mass spectrum, the peak is therefore identified as 2-pentanol. Separation is not possible, as the mass of the main peak of methanol (m/z = 31) is the same for both compounds. By increasing the temperature of the isothermal phase from 40 °C to 80 °C (see table 1), all compounds were well separated.

Figure 1 shows the chromatogram of such a separation. Although methanol and t-butanol are not baseline separated, the signals can be clearly distinguished via their mass peaks. This temperature is not yet critical for TBHP and had already been used in the past (Abraham [1959]). The toluene peak was hidden by switching off the filament in the range of 3.8 – 4.0 minutes. 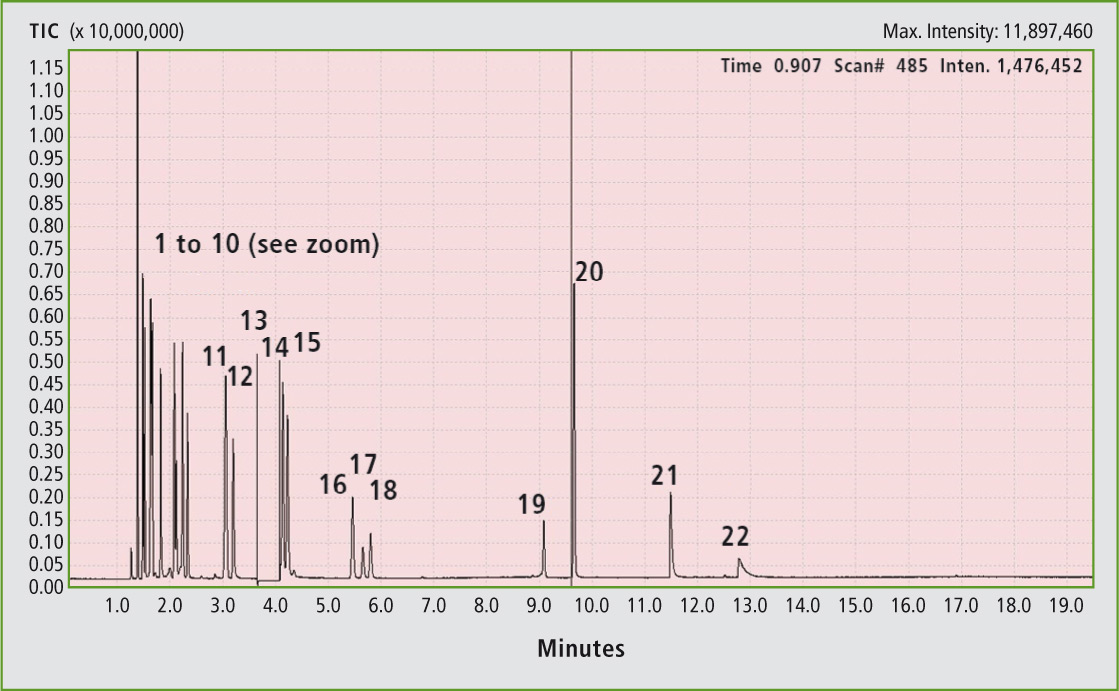 Figure 2 shows that the GC grade toluene (99.9 %, signal hidden) in addition to the xylene isomers contains other compounds which are responsible for the smaller signals in the lower retention time range. The TBHP exhibits a significantly higher retention time than all the alcohols with a smaller or comparably large alkyl group. In the calibration of formic acid (figure 3), the dependence is linear up to 0.1 vol %. 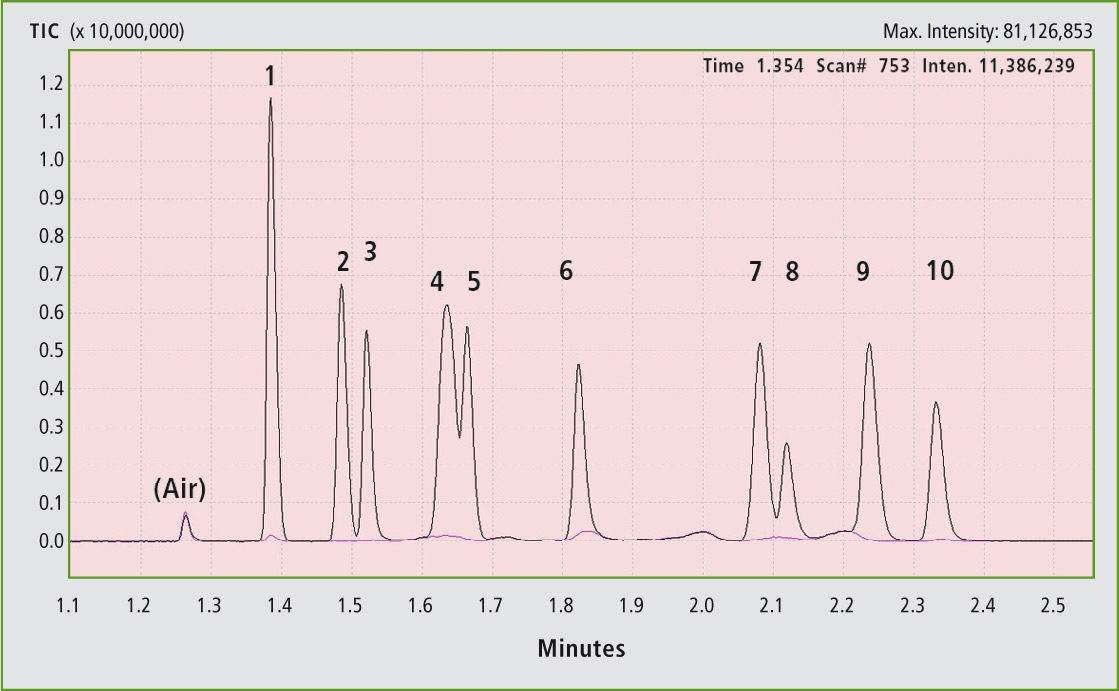 Figure 2: Extension of the range 1 to 3 min in figure 1 with simultaneous representation of the chromatograms of the GC grade toluene 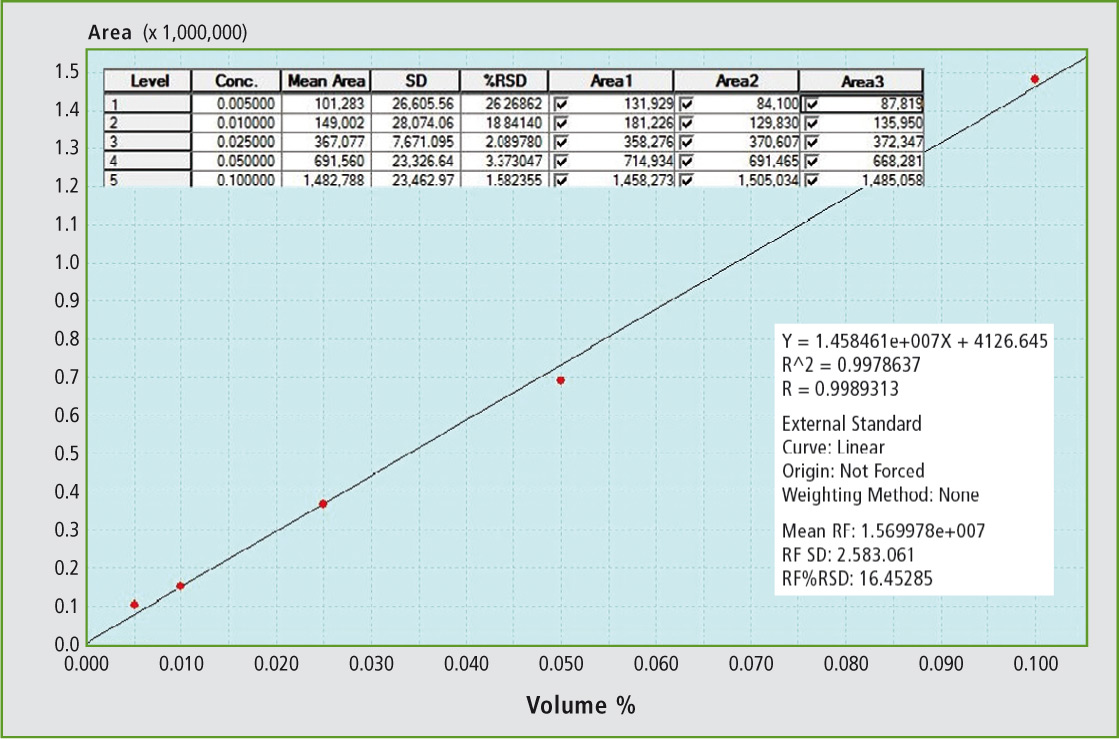 b) Gas phase
The permanent gases nitrogen, methane, oxygen and carbon monoxide detected via the TCD yield the gas chromatogram presented in figure 4. The remaining gases are retained on the Stabilwax column and – in addition to a nitrogen residue – are detected via the mass spectrometer (figure 5). Calibration of the gases is carried out using one-point calibration based on the mean of three reproducibility measurements, which is common in this case. Conclusions 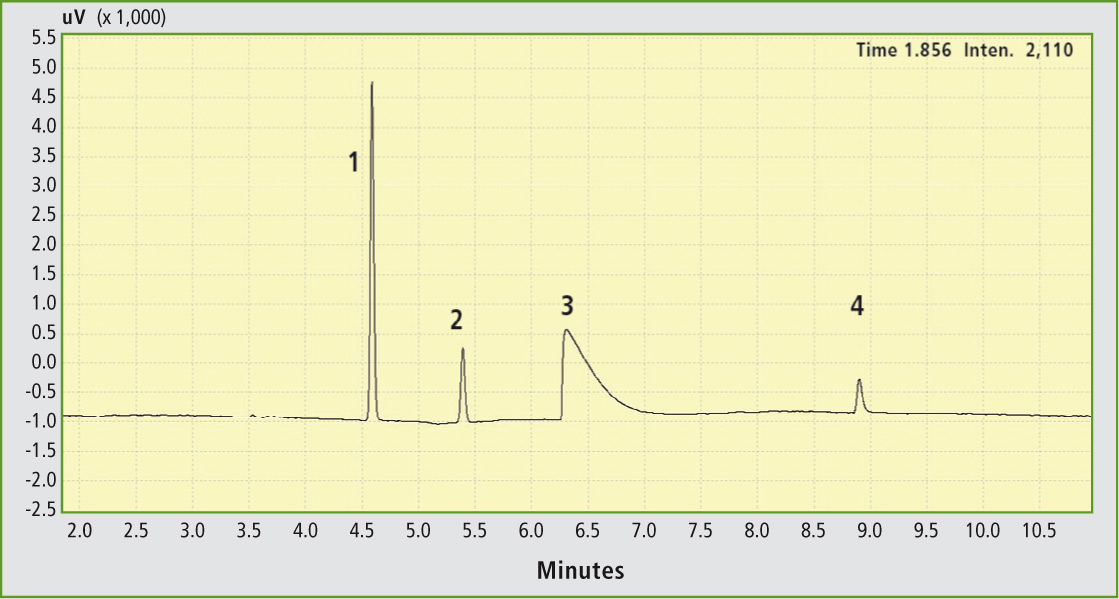 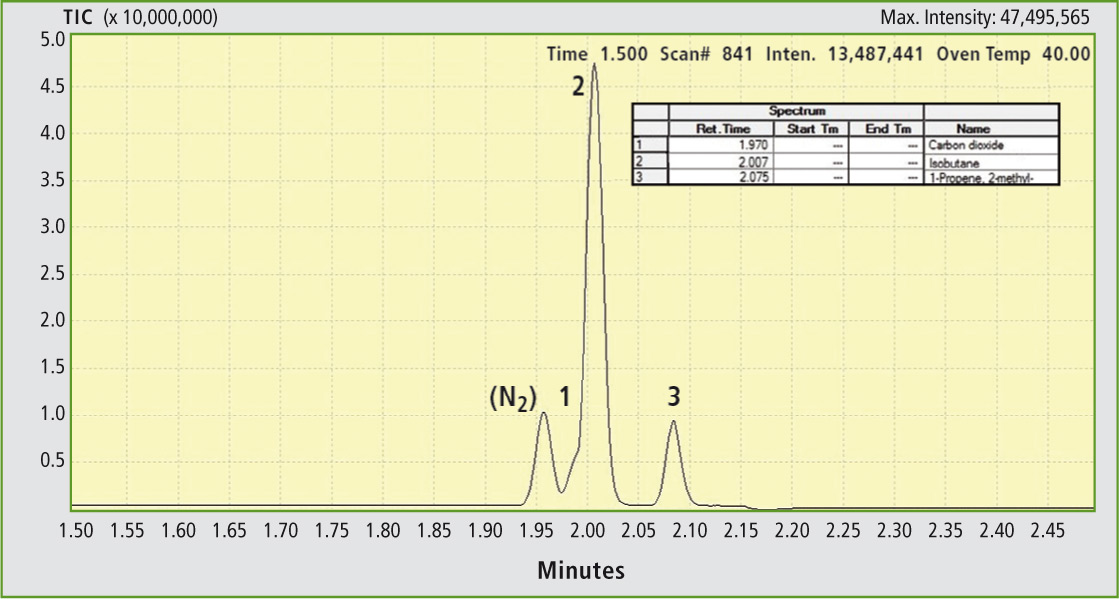 Figure 5: Chromatogram of carbon dioxide (1), isobutane (2) and isobutene (3). (Upon switching it is not completely possible to avoid entry of nitrogen).

All potential liquid reaction products could be separated successfully, whereby the analysis of the strongly polar liquid products as well as the gases could be made possible via column switching. The present configuration, however, does not allow the separation of all gases. Propene was not found. This problem is being addressed further.