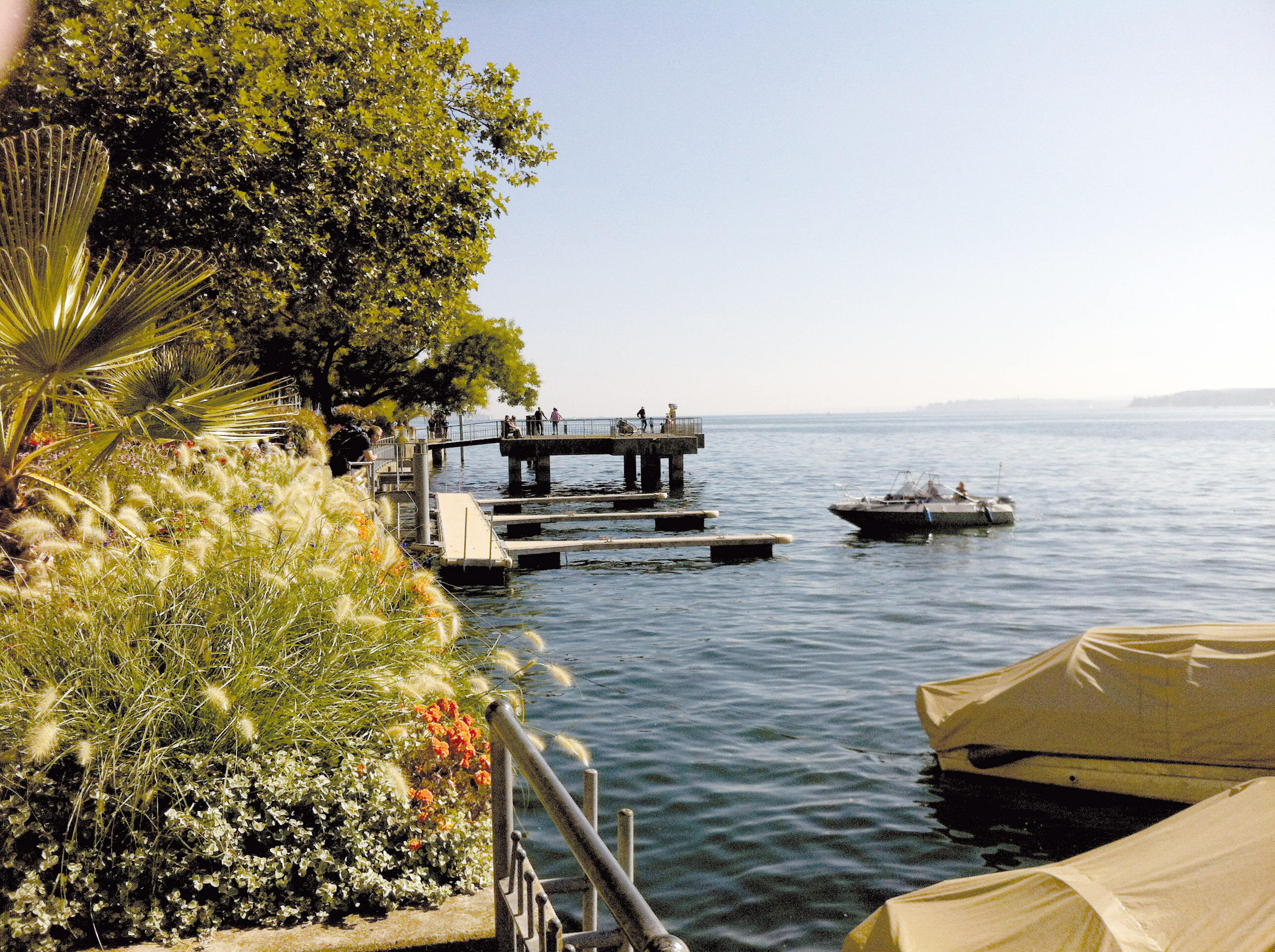 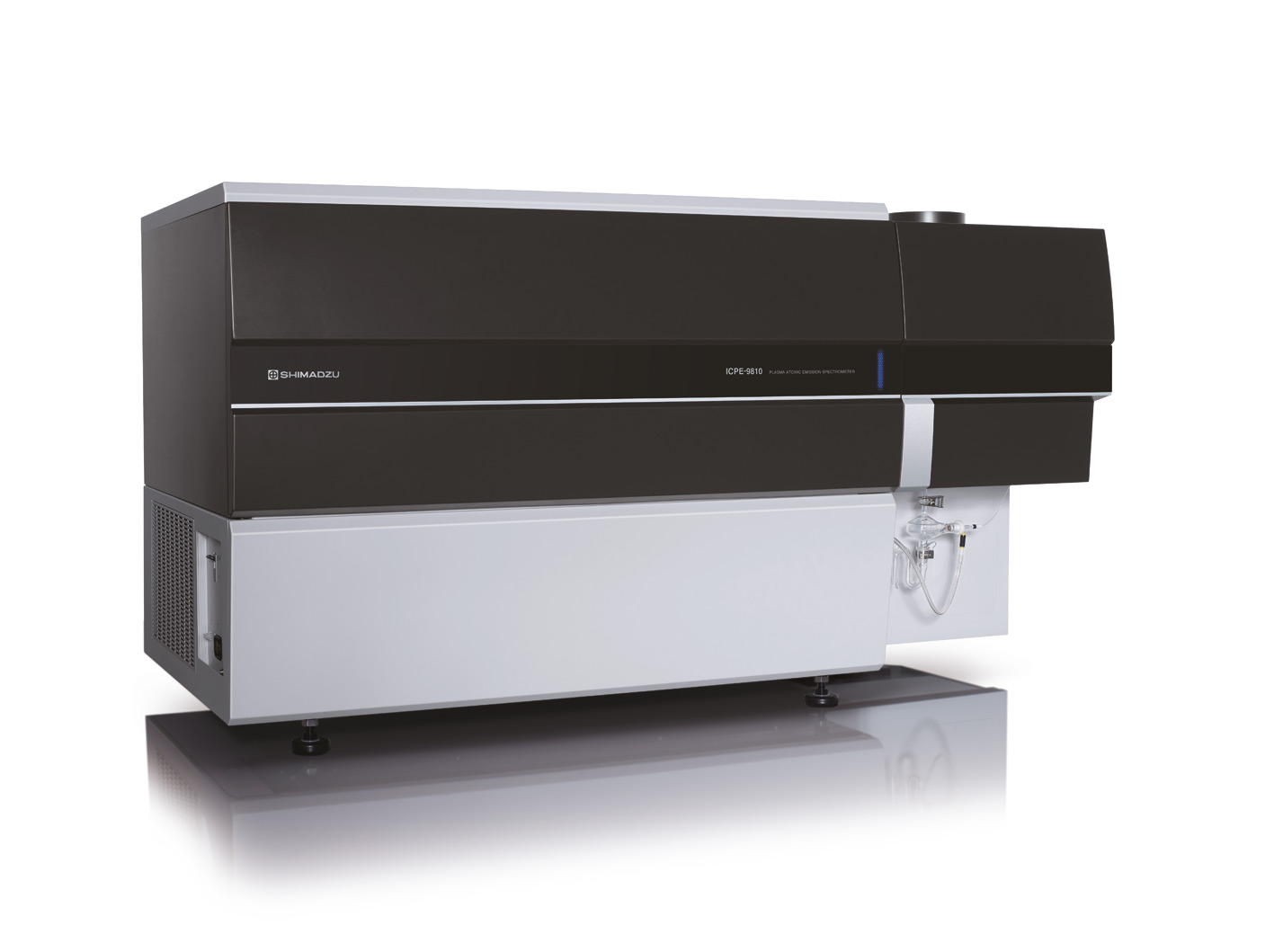 What are these possibilities and what special solutions are available? One answer is provided by the following application overview of the ICPE-9800, which can measure more than 70 elements at the same time for any application within the shortest possible time (simultaneous elemental analysis). Due to the high dynamic measurement range of the ICPE-9800, it is irrelevant whether the elements to be determined are present in the lower ppb range (µg/L) or in the higher ppm range (mg/L).

The ICPE-9800 with its flexible instrument configuration is a true multi-tool. For instance, operation can be switched between hydride system and ultrasonic nebulizer as well as between the various sample types, such as water and organic samples. 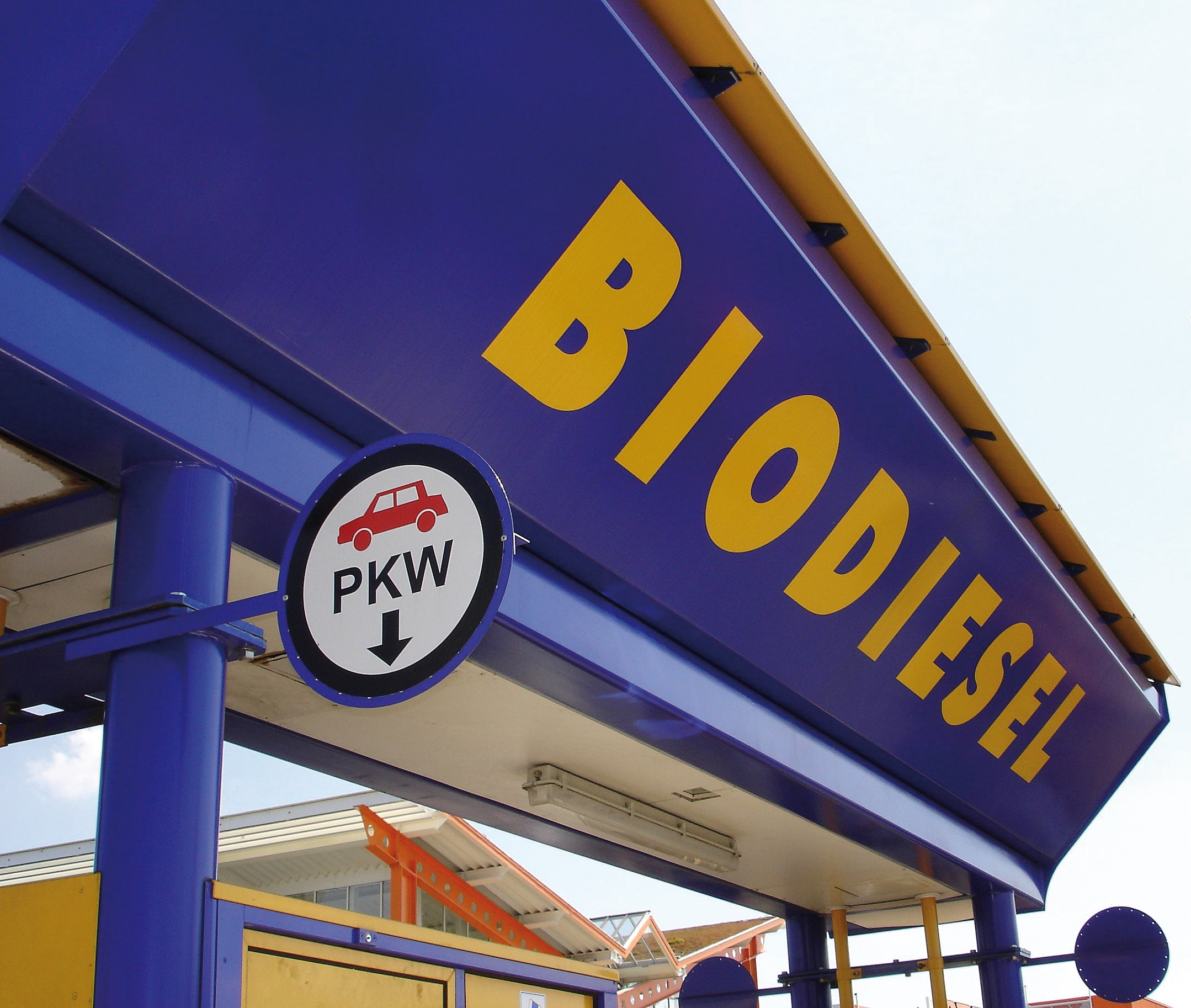 Sulfuric acid (H2SO4) plays a major role in synthetically produced chemicals. Its application range is very diverse and the requirements for high purity are not always met, as for instance in the production of phosphate and ammonium sulfate fertilizers. [1]

However, there are also many special application areas requiring high-purity sulfuric acids such as sample preparation for instrumental analysis. Here, the acid is, for instance, used for sample digestion of polymers, fats or some geological samples such as aluminum oxide. [2]

Using the ICPE-9800, a sulfuric acid sample was measured in a 1:10 and 1:20 dilution. Using the standard addition method as calibration model, matrix effects can be masked. When the results of both dilutions are comparable, it can be assumed that the method is accurate. In order to permit a final validated method, a certified reference material can be measured in addition. The results (summary) are listed in table 1 and are determined for each element at various analytical wavelengths.

Table 1: Analysis results of sulfuric acid. For determination of the recovery, 0.5 mg/L (ppm) of the element was added. n.d. = not detectable.

Although the diluted sulfuric acid solution still is quite aggressive and its viscosity differs from that of water, measurement can be carried out using the standard configuration (Minitorch). In addition to the consistent results of the different dilutions, the recoveries for samples with added standard are also very good (100 ± 3 %).

Rapeseed oil for biodiesel – determination of phosphorus, sodium and potassium 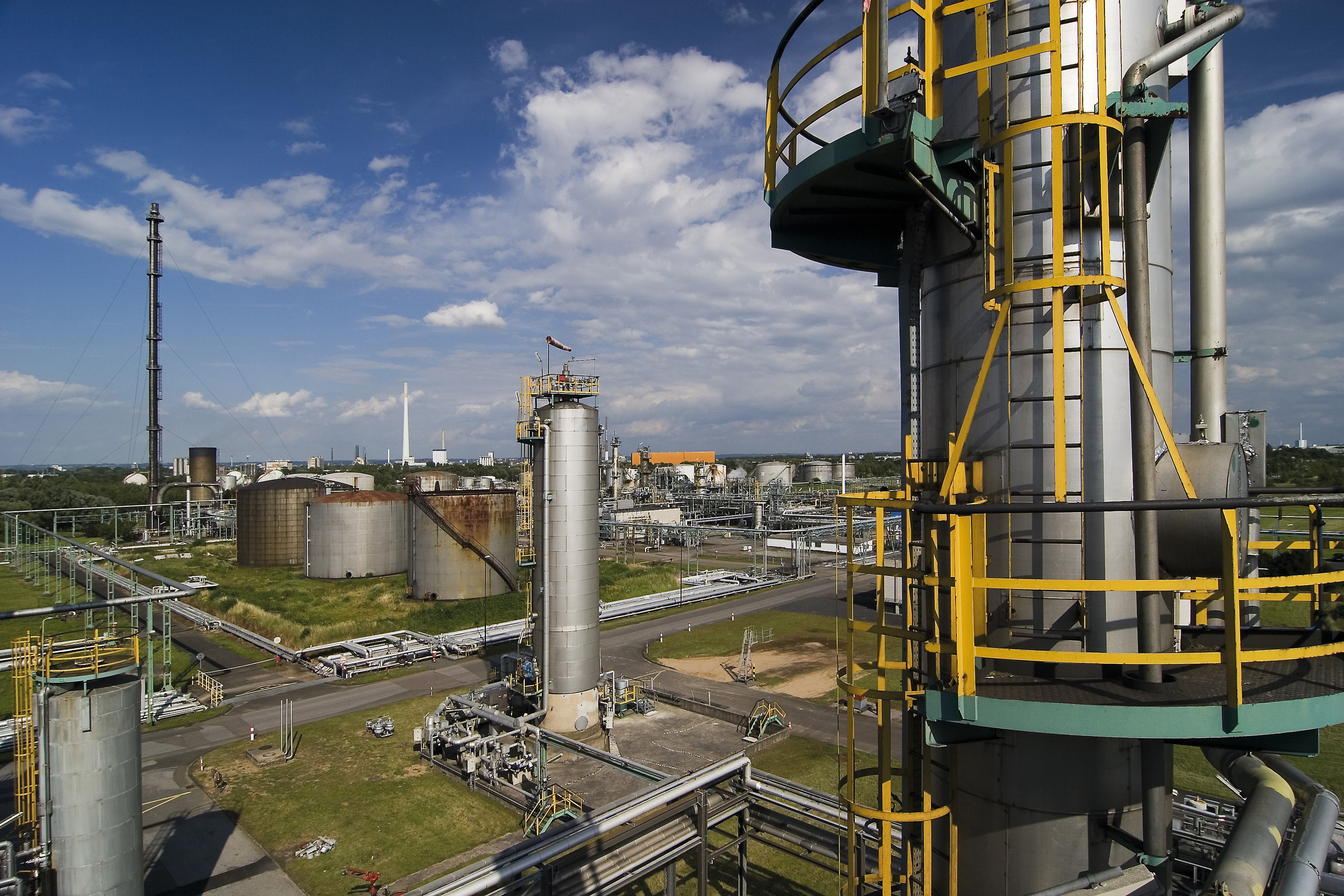 Vegetable oils in fuels contribute to the sustainable operation of combustion engines. However, they should not influence engine performance and catalyst efficiency in order to guarantee the environmental friendliness of biofuels. [3]

The determination of phosphorus in rapeseed oil is therefore essential, as this element impairs the functioning of catalysts. High levels of calcium and magnesium are also detrimental, since both are associated with increased ash deposits in soot particle filters. [3]

For measurement using ICP-OES, the sample only needs to be diluted. The use of an additional combustion gas (oxygen) is not necessary in this case. Nevertheless, the highly sensitive axial plasma observation mode can be applied. Measurement results and detection limits are compared in table 2. When selecting a more sensitive working range, additional and more sensitive wavelengths can be used, whereby the detection limit is further reduced. The stability of measured values for the analysis results is 100 ± 2 % (measuring interval 1 hour).

Table 2: Results obtained with the ICPE-9800. Analysis results of rapeseed oil as well as detection limits and maximum admissible content according to DIN 51627-6 (*dilution factor regarded).

The results show that the limit value can be determined very satisfactorily using the ICPE-9800 and that the broad measuring range makes it possible to also unequivocally and reliably measure increased concentrations.

Based on the analysis results, the sample can be assessed and is found to be clearly unsuitable for use in biofuels. The considerably increased concentration of the three elements may, for instance, be due to the increased proportion of immature seeds used in production. Other influencing factors are the shelling of the seeds and proportion of broken grains as well as the pressing parameters such as the pressure head temperature.

When using the ICPE-9800 for analysis of other types of organic samples, for instance samples from the petrochemical industry, the use of an Ar/O2 mixed gas supply kit is recommended.

Along with the standard argon carrier gas, an additional gas is introduced via the quadruple torch for sample transport and maintenance of the plasma. It increases the decomposition of the matrix, thereby reducing background noise.

By using this instrument configuration, the plasma can be observed axially and radially despite the carbon-rich sample material, and detection limits in the lower ppb range can be achieved. For example, for tin in toluene, a detection limit of 2.0 ppb could be attained. Other sample types for this instrument configuration are, for instance, kerosene, xylene, methyl isobutyl ketone (MIBK), isopropyl alcohol (IPA), ethyl alcohol or also the volatile tetrahydrofuran (THF). 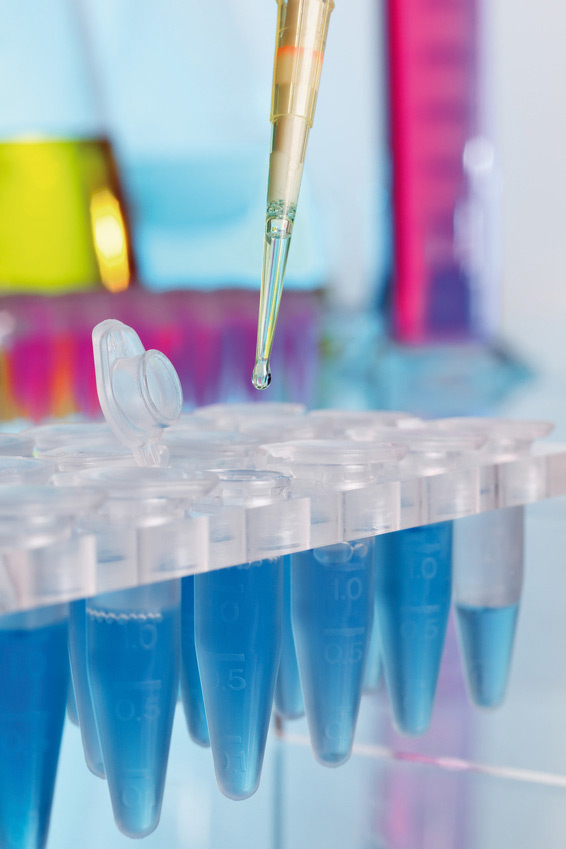 The intelligent instrument design of the ICPE-9800 not only reduces the consumption of argon via its Minitorch, but also ensures efficiency in other aspects: a CCD chip continuously detects the entire spectrum and therefore acquires information on the element content of a sample significantly faster than the earlier sequential ICP-OES technique.

Unlike conventional sample amounts of 5-10 mL, the ICPE-9800 only needs 1 mL or less sample volume, depending on the application. In this way, the smallest sample amounts can be investigated without the need for dilution. In addition to the timesaving effect, not having to dilute the samples eliminates the danger of contamination and the loss of sensitivity. Within the shortest possible time, it is possible to obtain meaningful results from a triplicate determination including axial and radial plasma observation.

The measurement of small sample amounts is not only useful for limited volumes. When larger volumes of test media are to be measured for changes in element content over a longer period of time, it is also advisable to only use small samples in order to minimize the effect on the test system.

Which elements are actually contained in waste? This is a key question in a world with limited quantities of raw materials and their continuously increasing consumption. Bottlenecks in the supply of rare earths are already important topics covered in the media.

Rare earths belong to a group of elements that include neodymium, dysprosium or cerium, and add special features to advanced electronic components. They make it possible to design small and compact mobile phones that are, at the same time, quite powerful. But these elements are also used at ton-scale, for instance in the green energy sector as in generators of modern wind turbines.

As raw material sources are becoming limited, recycling possibilities are moving into focus, especially when extraction of rare earth oxides and subsequent purification to pure metal form requires extensive use of chemicals. In 2010, the EU classified rare earths as raw materials with a high supply risk [5]. Todays REE recycling rate is around 1 %.

Is recycling from electronic scrap worthwhile? To answer this question, various electronic components were crushed (homogenized) and digested in a laboratory microwave oven. The digestion solution can be measured using the ICP-OES and yields the results listed in table 3.

This study shows that the analysis of solids using the ICPE-9800 is possible and that modern waste contains many elements which are in high demand on the international raw materials market. Not every sample may contain a variety or a large amount of rare earths, but recycling of used mobile phones (>1 g/kg Nd) could be quite conceivable after selective presorting. For more information on analysis of REE in e-waste please see literature note.

Ultra-trace analysis in the ppt range 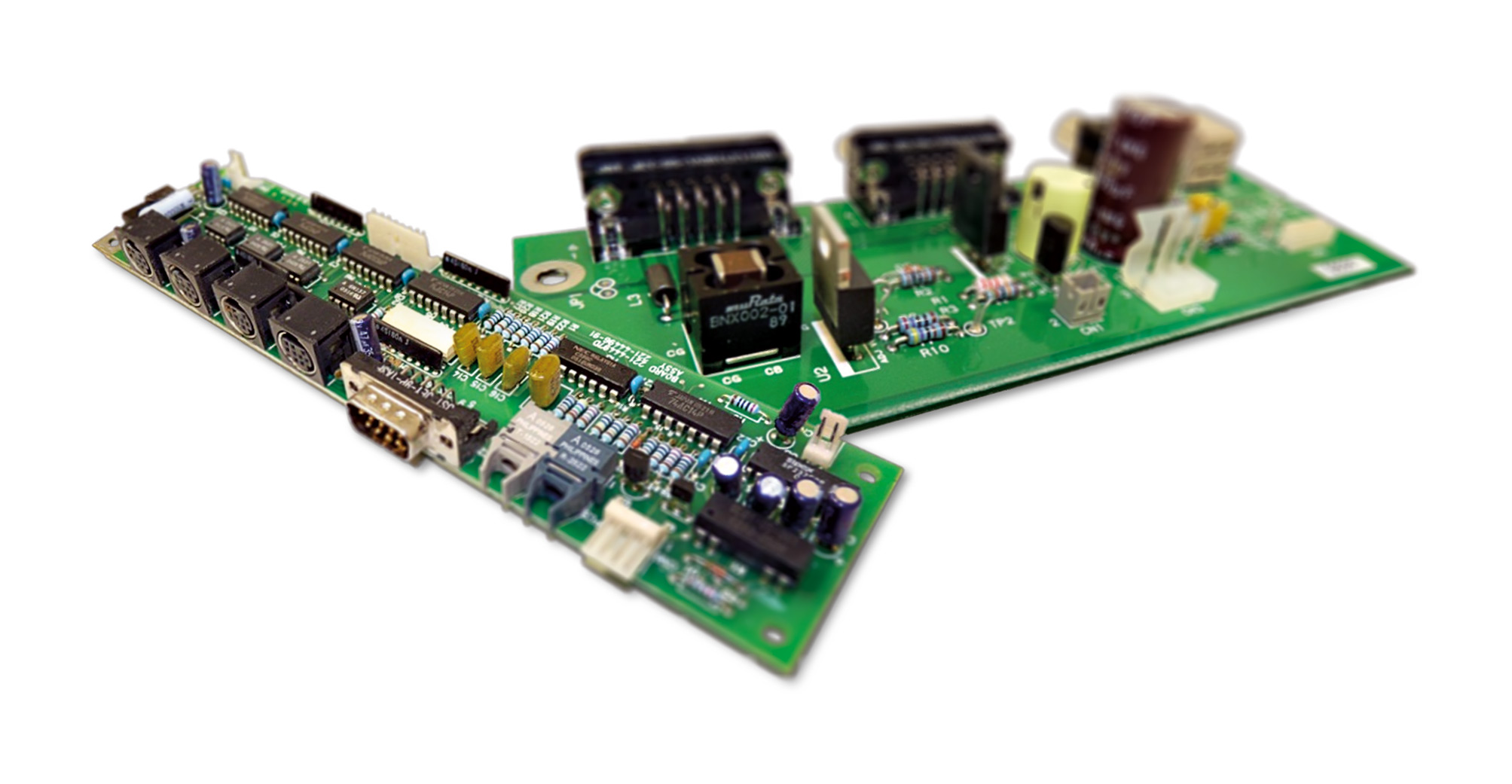 When elemental analysis in the ppt range (ng/L) rather than in the ppb range (µg/L) is required, questions can often be answered using ICP-MS. But this concentration range can also be covered using advanced ICP-OES such as the ICPE-9800. In this way, detection limits for more than 10 elements (Ba, Be, Ca, Eu, Lu, Mg, Mn, Sc, Sr, Y, Yb) lie within single or double-digit ppt range using the standard configuration including the Minitorch. For more sensitive detection of other elements, various other approaches are available.

Special nebulizers generating sample aerosols more efficiently and reproducibly with a smaller droplet size distribution reduce detection limits very easily without the need to significantly change the instrument configuration. An additional ultrasonic nebulizer can be connected to the ICPE-9800, enabling more sensitive measurements by up to a factor of 20. Besides the elements mentioned above, which can be calibrated in the ppt range using the standard configuration, 27 more elements with detection limits in the double-digit ppt range and lower are added (Ag, Cd, Ce, Co, Cr, Cu, Dy, Er, Fe, Gd, Hf, Ho, La, Li, Mo, Nb, Nd, Pd, Pr, Sm, Ta, Tb, Ti, V, Zn, Zr). Strontium has the lowest detection limit of 1 ppt (parts per trillion – this is the equivalent of a cup of espresso in Lake Constance [Bodensee] surface area = 536 km2).

Elements such as arsenic and mercury that are highly important for the environmental sector are not included in the above list. But it is also possible for these elements to attain detection limits in the ppt range. In this case, the ability of the elements to pass from the liquid into the gas phase after conversion with sodium borohydrate (NaBH4) is taken advantage of. Instead of the aerosol, the gas stream is introduced into the plasma, completely separated from the matrix. As, Sb, Se, Sn and Hg can be detected in the ppt range using this variant.

ICPE-9800 is therefore a good and economical alternative to ICP-MS for detection in the ultra trace range in order to address specific analytical problems.