The nightmare of doping offenders 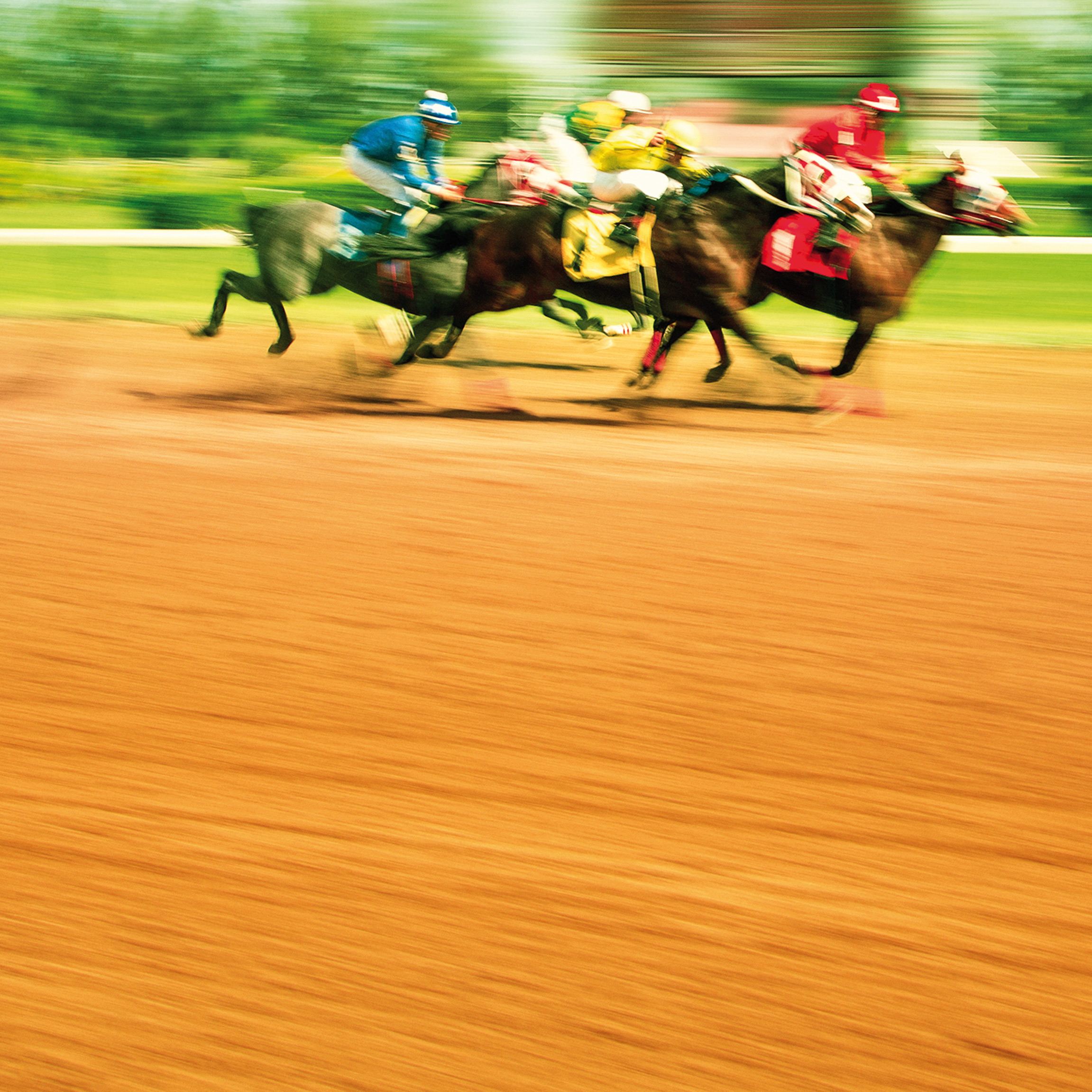 Faster, higher, further – doping use has been associated with sports for many centuries. Already during the Olympic Games held in ancient Greece, athletes were using special plant diets to enhance their physical fitness. Beyond the sports, the ancient Incas chewed on coca leaves as a stimulant, and the Chinese swore by the ephedrine-containing Ma-Huang herb.

An early form of testosterone doping began with the discovery of the performance-enhancing effects of bull testicles. Even animals were not spared when it came to doping: already in the middle of the 17th century, the performance of horses was affected. This has been shown in an official decree of a small British town. In those days, however, horses were also being poisoned, for example with arsenic, in order to place a bet on a competitor’s horse. As it had not been possible to detect illegal substances, it was not until 1812 that the first doping case was discovered – only because the culprit was caught in the act.

From nutritional supplement to doping

During World War II, pharmacists discovered how to synthesize derivatives of testosterone: anabolic steroids. Initially, they were used to feed emaciated prisoners of war. Soon athletes discovered these preparations, which were henceforth considered to be the ‘breakfast of champions’ – but not only for human champions. The American racehorse Holloway won one race after another after receiving testosterone.

Also today, doping incidents are being reported time and again, in spite of all control measures. During the Olympic Games in Beijing, six horses were tested positive. A current example is the most recent doping scandal in endurance racing, a horse racing variant that enjoys great popularity in the Arab countries. The winner of the prestigious UAE President’s Cup, which was held in Abu Dhabi in Spring 2013, was banned for two years after a doping-related steroid was detected in his horse. Already in pure mathematical terms, the race across the desert happened at a pace that must have been harmful to the health of the animal.

The seizure of over 120 banned and illegally imported substances including anesthetics, anti-inflammatory drugs and antibiotics, at a British thoroughbred stud farm at the beginning of this year illustrates that the well-being and health of horses are no longer prioritized, but that the animals are being downgraded to ‘sports equipment’ that must deliver maximum performances during the day of the race.

For years, animal welfare organizations have been demanding consistent actions against the quite lenient anti-doping sanctions in equestrian sports. In Germany, the FN Anti Doping and Drug Control regulations (FN-Anti-Doping- und Medikamentenkontroll-Regeln, ADMR), issued by the German Equestrian Federation (Deutsche Reiterliche Vereinigung, FN) and adapted to international regulations, have been in force since 2010 and are continually updated.

Since April 1, 2011, German top-class riders must be prepared for ‘house calls’ by the National Anti Doping Agency (NADA), in addition to regular doping controls during tournaments. These controls on horses outside of the tournament are unique worldwide and groundbreaking in the fight against doping.

In general terms, doping refers to the use of substances from prohibited substance classes as well as to the use of banned methods for performance enhancement. Horse racing is also about negative doping, i.e. ‘doping to defeat’ by decreasing a horse’s performance and giving competitors an advantage, or of unauthorized medication. In unauthorized medication, an existing reduction in performance is assumed to be the result of an illness. The horse is, for instance, treated with an analgesic and can thus perform ‘normally’ again. Just like doping, performance is influenced, which is prohibited in competition.

In unauthorized medication, however, good intentions are assumed, which is reflected in lower sentencing. As broad-ranging as the application possibilities are, so also are the varieties of substance classes used. Stimulants such as amphetamines that make horses run up to the point of complete exhaustion are commonly used. Methyl xanthines which include caffeine also act against signs of fatigue. An opposite effect is attained by sedatives that are used to get extremely nervous horses ‘ready for takeoff.’ The list of prohibited substances also includes steroid hormones, including testosterone and peptide hormones such as EPO that are used in human doping.

Ludger Beerbaum, one of the most successful show jumpers of the past 20 years, commented on his approach to equestrian sports over the past years in a 2009 ‘Frankfurter Allgemeine Sonntagszeitung’ weekly Sunday paper as follows: “Over the years, I have become accustomed to exhausting all possibilities … In the past, I had the attitude: anything that is not detected, is allowed” (cited according to Wikipedia as well as Spiegel Online). Today, even the smallest traces of doping agents can be detected in blood and urine. Zero tolerance policies meanwhile apply in equestrian sports, i.e. no prohibited substances may be detected in a horse’s blood or urine at the time of the competition.

In these cases, a sample can only be considered positive when the amount detected is still effective. This is why doping is sometimes unintentionally a topic of discussion when waiting periods or retention periods are not properly observed, especially when topically applied ointments and gels also lead to positive test results. 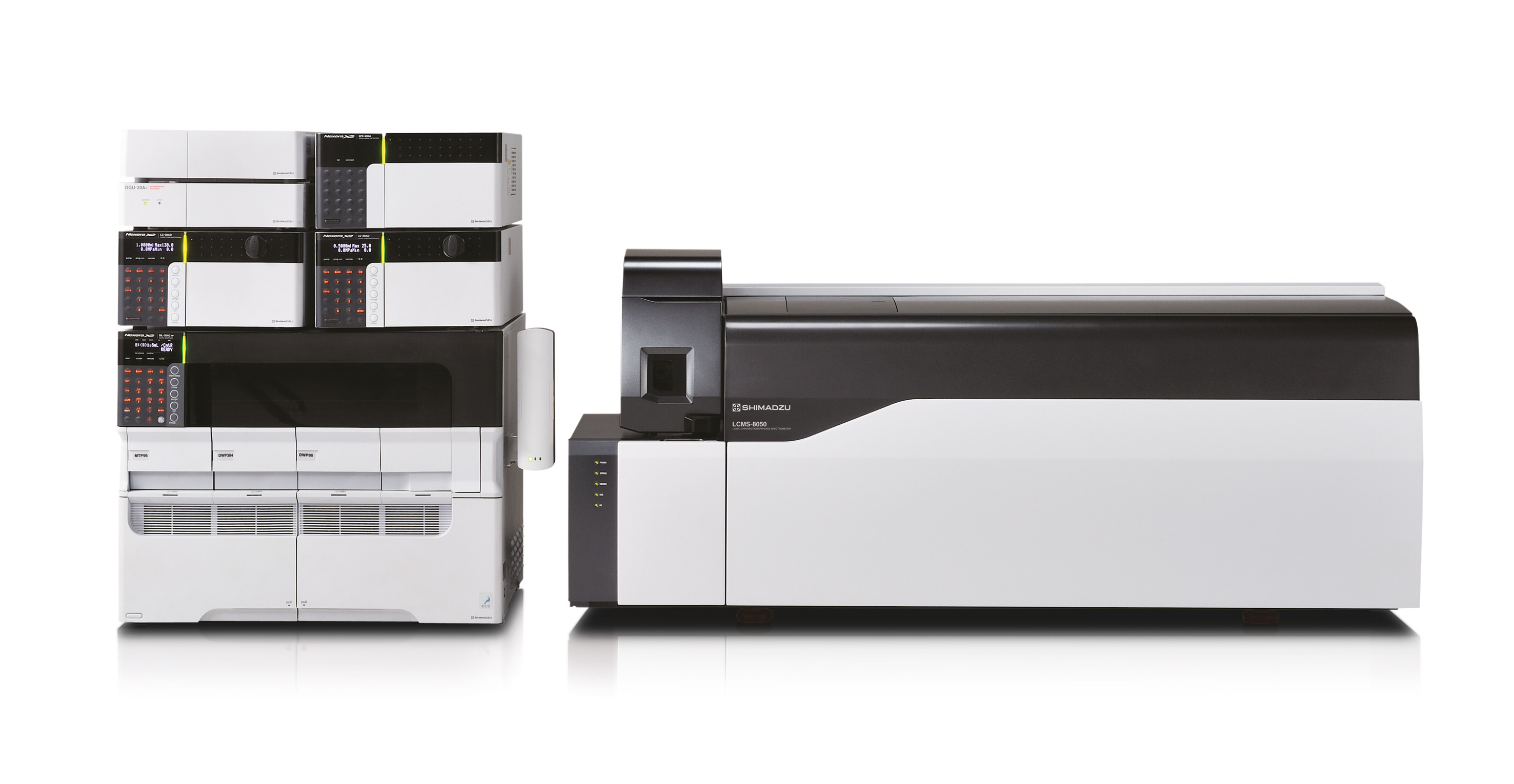 The following application example from horse doping illustrates the excellent sensitivity as well as the clear advantage of ultra fast MS technology. Real samples from a horse doping laboratory were tested for various steroid hormones, in the form of free steroids or steroid esters. Small molecules of banned neuroleptics, benzodiazepines and opioids were also investigated.

An outstanding feature of the LCMS-8050 is its ultra fast scan speed for MS data acquisition. Figure 2 illustrates the clear advantage of a fast analysis system. Using a scan speed of 3,000 u/sec, only nine data points can be acquired across the marked peak. As a rule of thumb, at least 10 data points should be acquired in order to obtain good reproducibility of qualitative and quantitative results. 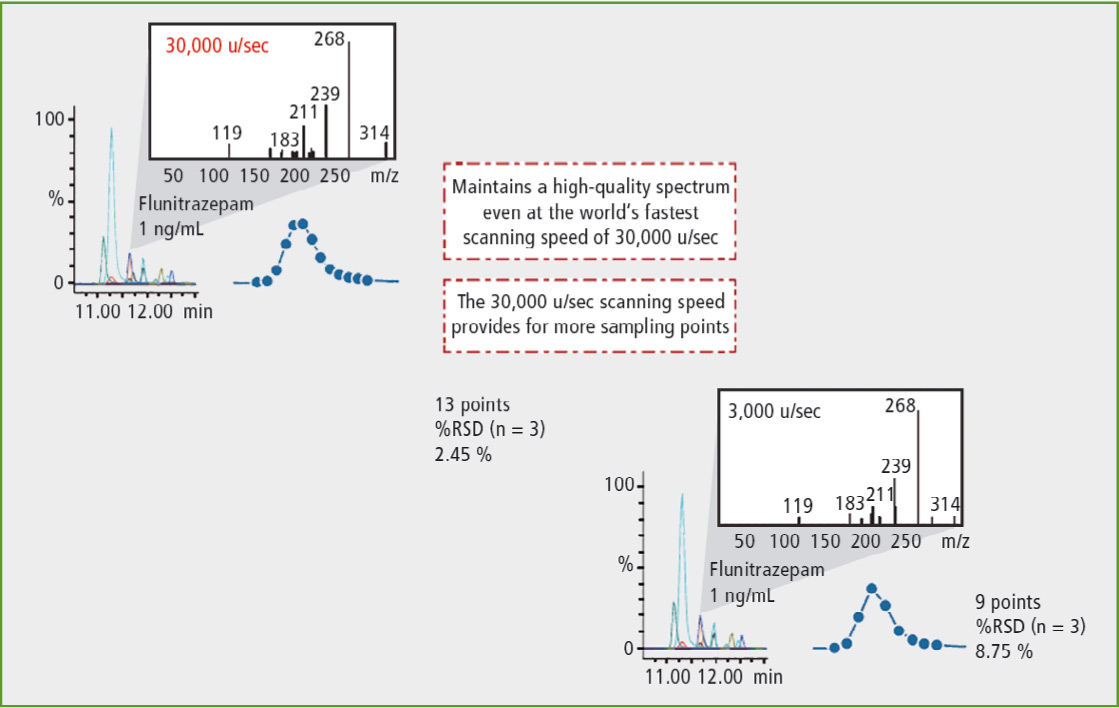 A comparison of the standard deviations (RSD) for flunitrazepam, calculated for 3,000 u/sec and 30,000 u/sec, demonstrates unequivocally the advantage of fast data acquisition (figure 2). At these ultra fast scan speeds, quality as well as sensitivity of the simultaneously acquired qualitative data often decreases, assuming that the instrument even allows simultaneous acquisition of MRM and scan data. Both flunitrazepam mass spectra in figure 2 prove that the LCMS-8050 delivers first-class qualitative data, also at the highest possible scan speed of 30,000 u/sec.

High-quality data without loss of sensitivity

In the following example, a horse urine extract spiked with 1 pg/µL of a standard was screened for doping substances using an MS screening method in which 254 MRMs are stored. Due to the high scan speed of the LCMS-8050, it is possible, even with this high number of MRMs, to obtain data of excellent quality and without significant loss in sensitivity. This can be clearly seen when comparing the chromatograms of figure 3 (28 MRMs) and figure 4 (254 MRMs). In addition, detailed assessment of a less intense peak (here: triamcinolone) (figure 5) proves the consistent high data quality despite a considerably higher number of MRMs. 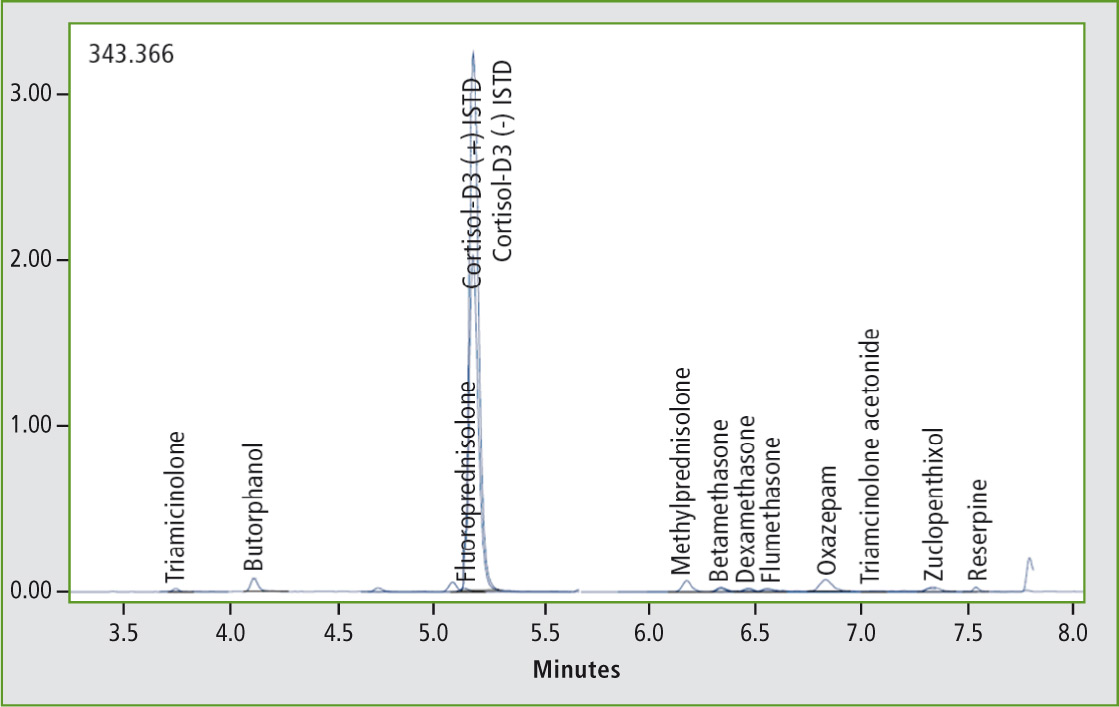 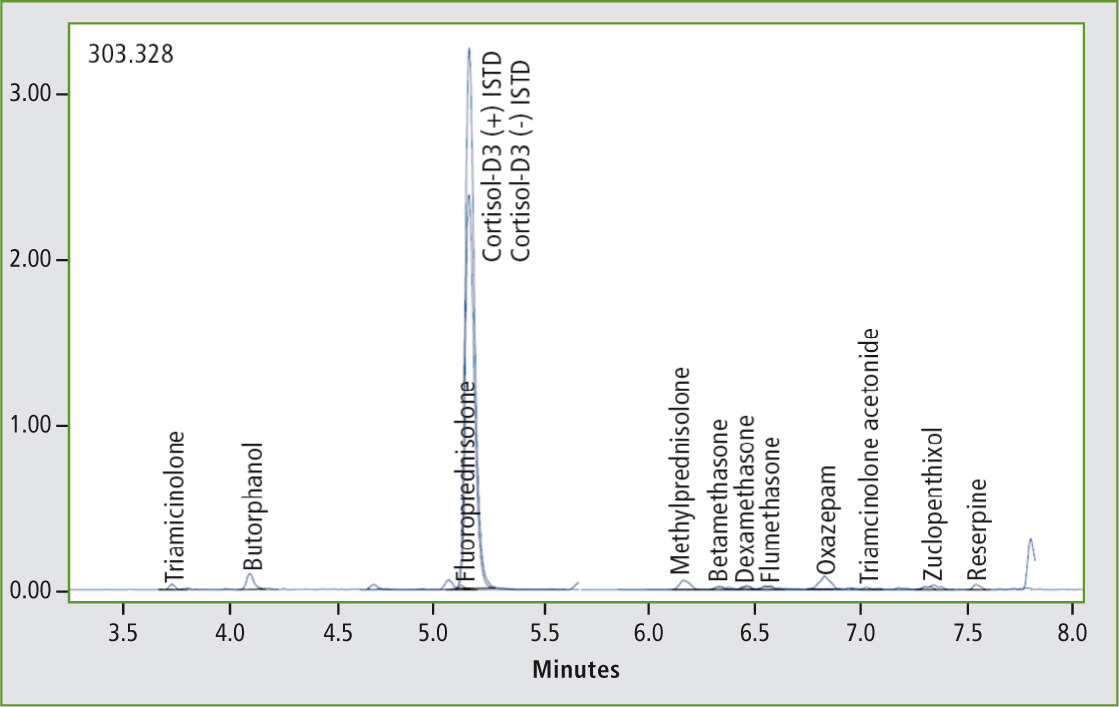 Figure 5: Details of triamcinolone, comparison of chromatograms of 28 versus 254 MRMs

In further measurements, reproducibility (as a measure of good data quality) at simultaneous synchronized survey product ion scan of a doping standard solution was analyzed. Shimadzu’s LabSolution software allows simultaneous MRM and product ion scan measurements. The scan does not run permanently in the background but is triggered by an increase of the masses, stored in the MRM method, above a defined threshold.

The synchronized survey scan is not just limited to product ions; it is also possible to define specific masses in the method that will trigger a scan. Table 1 (see further information) shows a comparison of results for reproducibility experiments (n = 6) – working in MRM mode only and then analyzed again in MRM mode with a dwell time of 5 msec for all components plus simultaneous synchronized survey product ion scan (scanning speed 30,000 u/sec). The concentration of the injected standard is equivalent to an extracted sample with a concentration of 2 pg/mL. This comparison also confirms that simultaneous measurements of quantitative (MRM) and qualitative (synchronized survey scan) data are possible without significant losses in sensitivity and reproducibility (see figure 6). 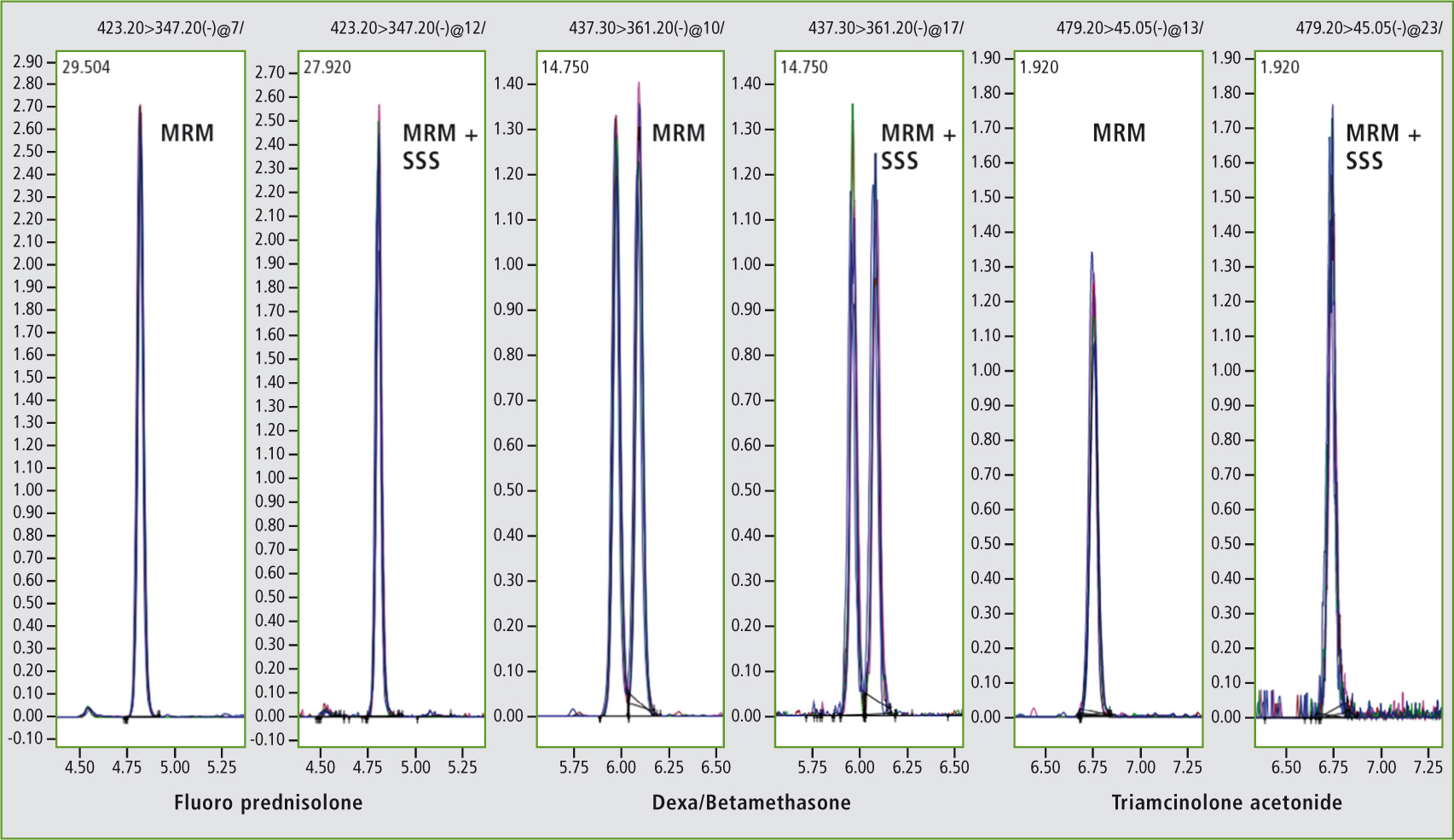 Figure 6: Reproducibilities (6 injections) of an extracted standard acquired using MRM only compared to a combined method MRM and synchronized survey scan with 30,000 u/sec

Regular doping controls using modern high-end analytical instruments such as the LCMS-8050 make life difficult for doping offenders in equestrian sports. Statements like ”… anything that is not detected, is allowed” are definitely a thing of the past and even recreational riders must be cautious that their animals will not suddenly test positive after careless use of medication.