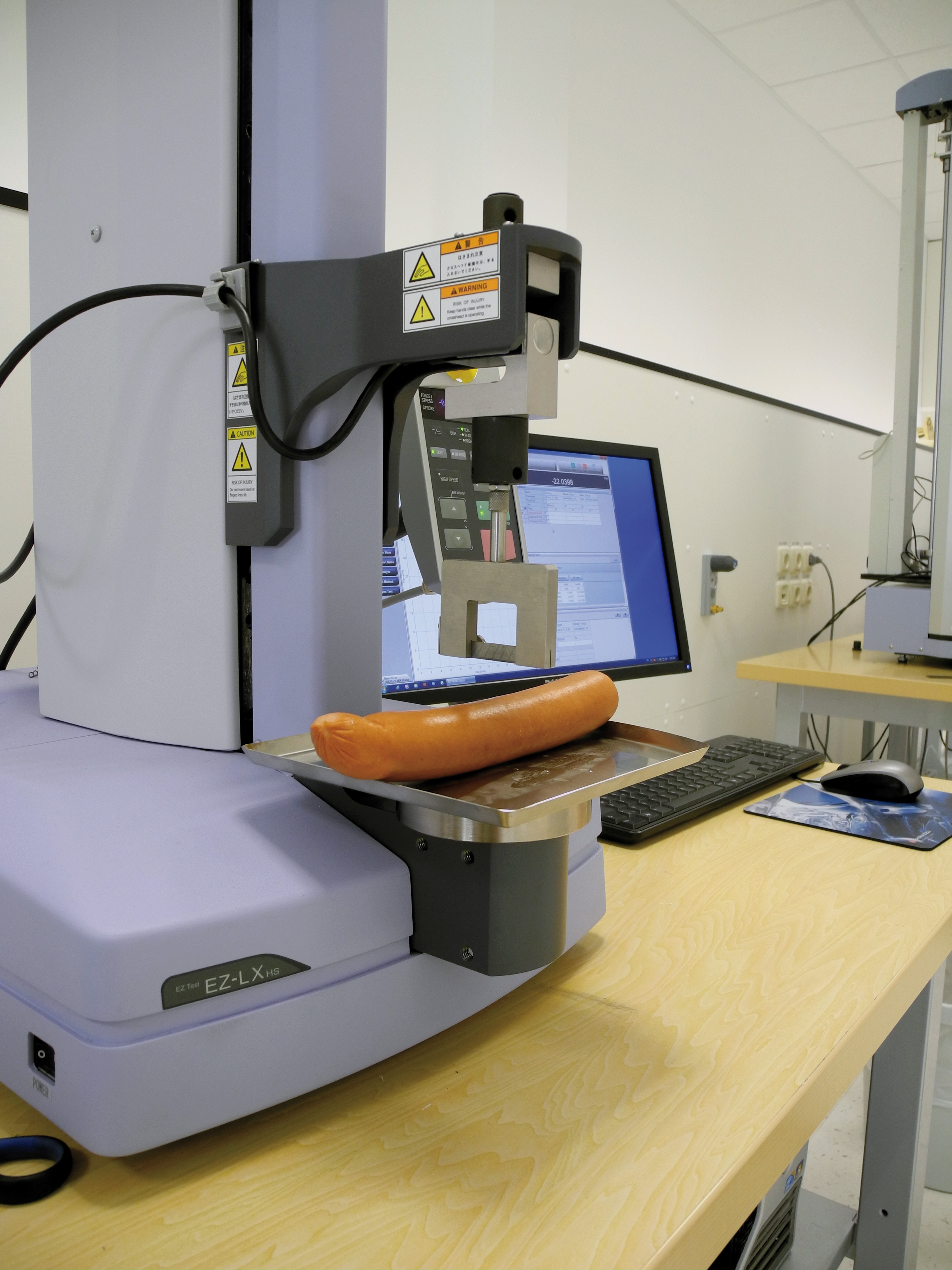 Foods as a basic need of human existence are subject to constant inspections. The Shimadzu News regularly reports on new analytical capabilities.

In addition to taste and the inspection of ingredients, questions are always raised on the physical properties of our food: how quickly does our bread get stale? How crisp are our sausages? What are the differences between eggshells originating from different egg farming methods? … These are the questions that are addressed in this and in the two previous issues of the Shimadzu News – using the foods that make a continental breakfast.

Those who wish to supplement their breakfast consisting of bread and eggs, might like to try some sausages. Depending on local taste, these may vary in type and can be prepared either fried or boiled. Regardless, however, of their production and preparation: all sausages are expected to be tender but still firm, as in addition to the intense flavor, consumers also want an equivalent bite sensation.

Additionally to the question which type of sausage best offers this bite sensation, the question on possible differences between industrially produced or home-made type sausages needs to be answered as well. To avoid any differences caused by the method of preparation, the sausages were also tested in the raw state.

All tests were carried out using the EZ-Test-X Texture Analyzer. As cut resistance and firmness are proportional, the sausages were cut using a blade test method, in order to exclude differences in chewing behavior.

As can be seen in the table below, the cutting force for sausages that are mainly eaten warm (for instance Krakauer Polish sausages or Bavarian veal sausages) is significantly higher for the raw state compared to after being cooked. This may be explained by the fact that the raw sausage is considerably softer in its initial raw consistency and, therefore, a much higher force is required to be able to make the first incision. During cooking, the sausage mass expands and the casing tightens.

In contrast, although Vienna sausages show no differences between the raw and cooked state, as they are suitable to be eaten cold as well as warm, there is however a significant difference with respect to cutting force between Vienna sausages obtained from a discount supermarket or from a butcher shop.

Part 1: Shimadzu NEWS 01/2014
How do you like your eggs? – The big breakfast test using the EZ-Test-X Texture Analyzer