TOC determination in phosphoric acid in the food industry

Phosphoric acid is one of the most frequently used inorganic acids in industrial applications. It is applied as starting material for the manufacture of phosphate-containing fertilizers as well as for the production of water-softening agents such as detergent additives.

Phosphoric acid is also used in the food industry – as acidification agent and preservative in beverages or as antioxidant in meats and meat products. Particularly for these types of applications, it is important to apply acids that are pure and free from foreign substances. Manufacturers and processors of phosphoric acids are increasingly using the TOC (Total Organic Carbon) sum parameter for quality control. This parameter is a measure of the contamination of phosphoric acids by organic components.

The determination of the TOC content in phosphoric acid is carried out via wet-chemical UV oxidation using Shimadzu’s TOC-VWP. Its core technology is the powerful oxidation applying a combination of sodium persulfate and UV oxidation at 80 °C. This ensures that all dissolved carbon compounds are converted to CO2.

In the presence of persulfate ions and UV illumination, OH-radicals are formed which have a strong oxidative effect and convert organic compounds to carbon dioxide. A carrier gas transports the carbon dioxide formed to the NDIR detector where they are detected. Automated reagent preparation eliminates any contamination of the reagent solutions and minimizes the blank value of the instrument. 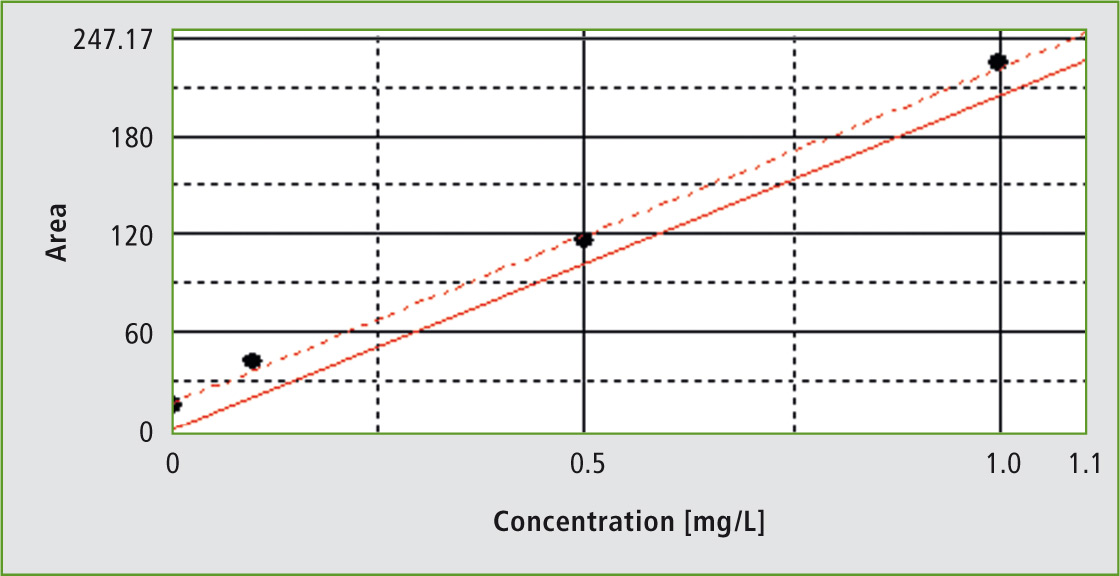 Calibration of the system was carried out in two different ranges. Calibration is shown here for the range of 0.1 to 1 mg/L. TOC determination in phosphoric acid was carried out using the NPOC (Non-Purgeable Organic Carbon) method. Prior to TOC determination, neutral or alkaline samples are acidified in order to decompose all inorganic carbonates and bicarbonates. This step could be omitted for phosphoric acid.