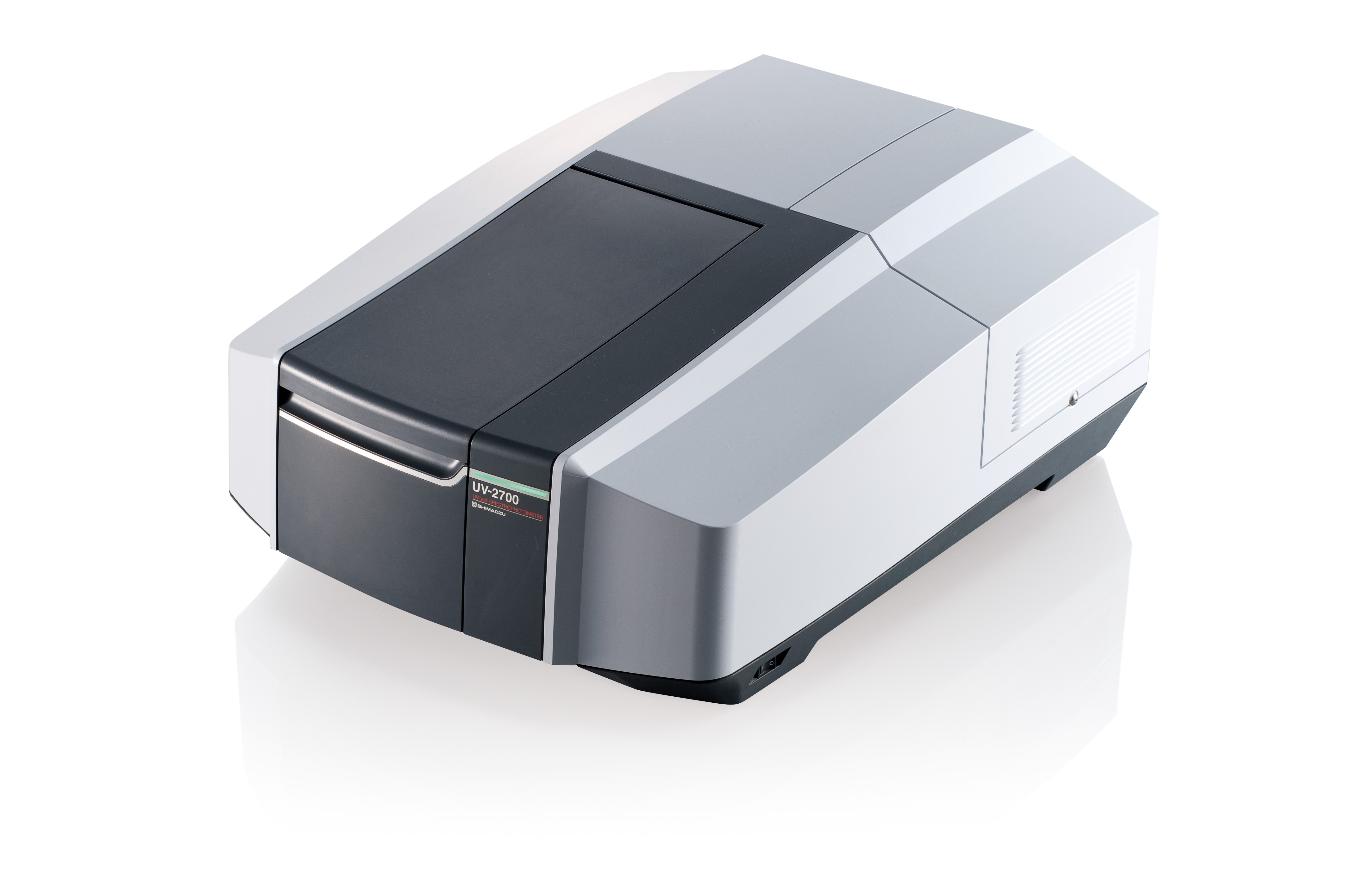 UV-VIS spectroscopy has been a fundamental tool for most laboratories since it was first used routinely nearly 70 years ago. The technique is widely applied in research, quality control and assurance laboratories in the chemical and pharmaceutical industries.

The UV-VIS market has been divided into sections created by the limitations of the component quality of diffraction gratings, detectors and source lamps. The ‘normal’ banding consists of instruments which are able to read in the order of 2 – 4 absorbance (abs). ‘Research’ machines extend this range to 4.5 – 5 abs through the use of pre-monochromators to further reduce stray light. Beyond this is a further niche of ‘Reference’ grade instruments using double monochromators and advanced wavelength drives to reach as high as 7 – 8 abs.

With the launch of the new Lo-Ray-Ligh™ grating, Shimadzu has completely redefined the conventional spectrophotometer niches. This new grating offers dramatic reduction of stray light enabling a single monochromator (as in the UV-2600) to deliver > 5 abs performance, and a double monochromator system (UV-2700) to reach > 8 abs – in an instrument which is physically smaller and lighter than most conventional double-beam systems. The grating also offers a wider wavelength range than any earlier generation grating, permitting the UV-2600 to read up to 1,400 nm with the ISR-2600 Plus integrating sphere option which contains an additional InGaAs detector (Indium Gallium Arsenide).

This new development gives spectroscopists a new choice. It is no longer necessary to invest in a very high specification double grating, double monochromator system to cover this absorbance range. The UV-2700 is much more compact, just a third of the size of conventional reference instruments and with a fraction of the costs. 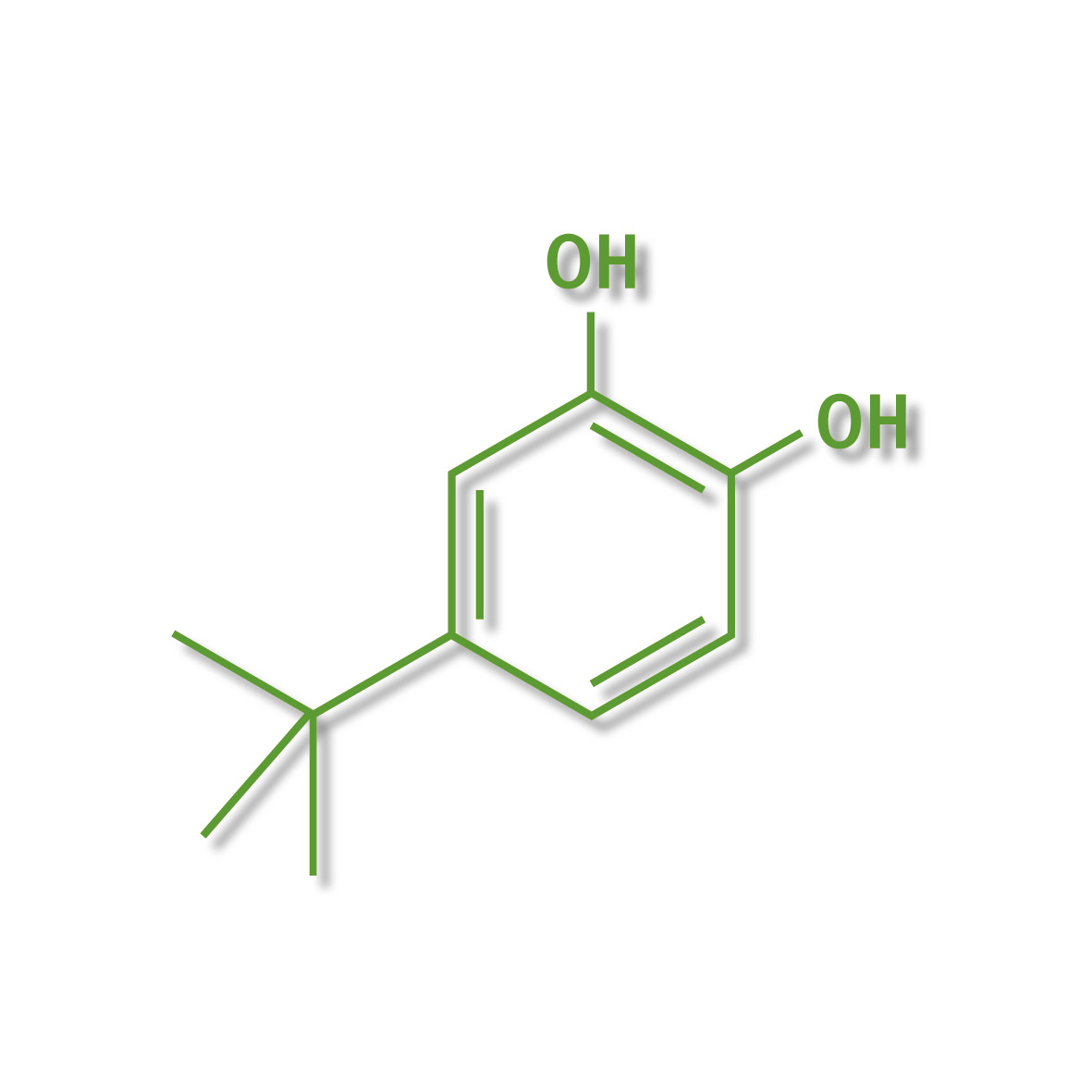 The following example shows how to reduce costs not only from the instrument but also from the application side. A chemical company has been using a method for determination of TBC, an inhibitor of polymerization reactions applied to increase the handling time for bonding agents, which involves a reaction with NaOH to produce a red color. The color has been used for quantitation as it exhibits lower absorbance reducing the need for dilution. Direct measurement of TBC at 275 nm has not been possible using conventional 0 – 4 abs UV-VIS instruments as the highest concentrations of TBC at 50 mM have an absorbance of nearly seven Abs.

The figure shows that it is possible to scan a sample which has a maximum absorbance of 6.87 at 275 nm. The ability to quantitate this product directly is demonstrated by a plot of the concentration vs. absorbance from the standard quantitation software in Shimadzu UVProbe.

The relationship of absorbance to concentration remains linear through to very high absorbance. In order to read at very high absorbances, the Shimadzu UV-2700 offers a ‘High Absorbance’ scan mode which can be used in conjunction with rear-beam attenuation to allow measurement of light intensities less than one ten millionth of normal open beam energy. 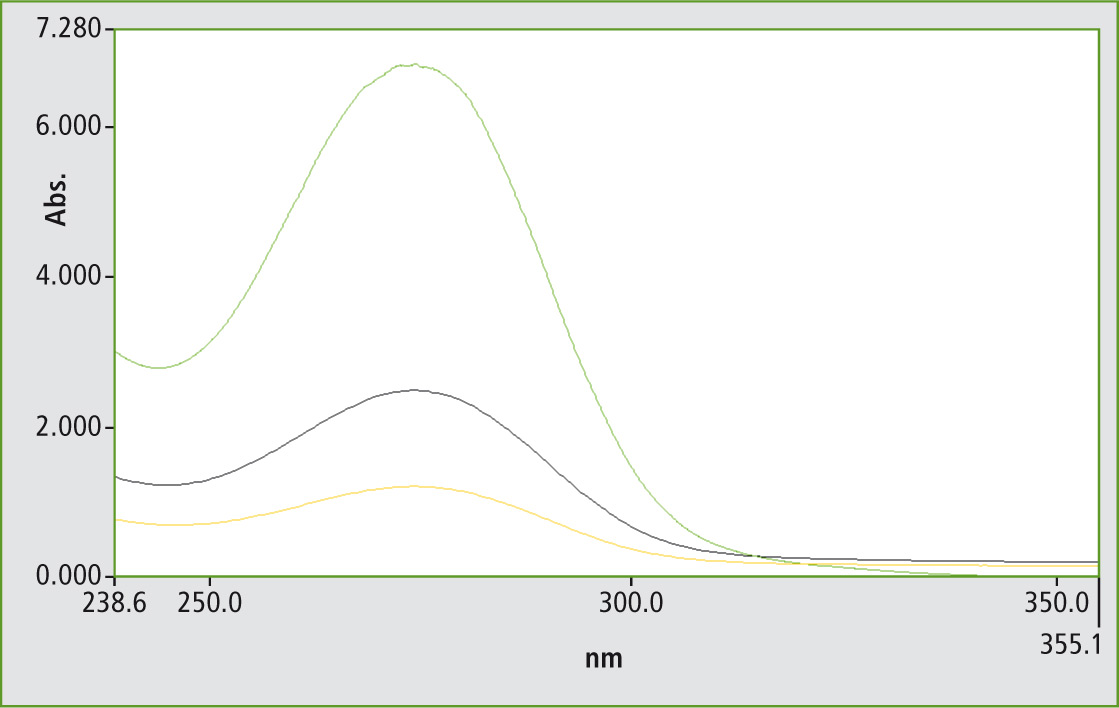 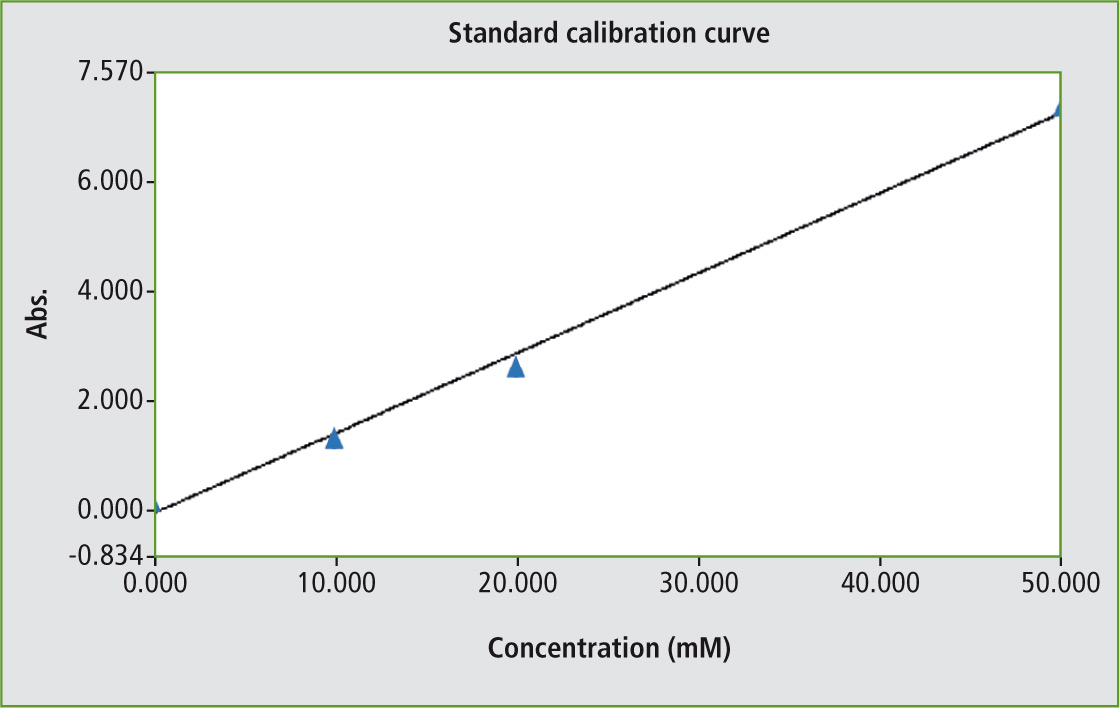 The Shimadzu UV-2700 is an affordable and compact instrument which dramatically increases the concentration range of highly absorbing species which can be directly observed in UV spectroscopy. It offers a performance previously available only in reference grade, double monochromator instruments which were too large and too expensive for most laboratories.