Tips for the determination of light elements

X-ray fluorescence analysis is a powerful method in elemental analysis for reliable determination of concentrations in the low ppm-range without sample preparation. In addition, virtually all elements of the periodic table can be measured simultaneously. Results can already be available in less than two minutes.

The measuring range of X-ray fluorescence spectrometers often starts with sodium (Na), sometimes magnesium (Mg) and sometimes only with carbon (C). It is interesting to note that in most cases the heaviest element measurable is always uranium (U).

The first challenge is the detector window which often consists of beryllium (Be) and only transmits sufficient radiation of elements equal or heavier than sodium (Na).

For instance, Shimadzu’s EDX-800 is capable of carrying out measurements starting from carbon (C) due to the use of a special window sensitive enough to transmit enough radiation from lighter elements.

Air also reduces the amount of fluorescence radiation that hits the detector. In this case, it is helpful to remove air out of the sample compartment. Modern spectrometers, such as the EDX instrument series, offer two options: either the sample compartment is evacuated or it is flooded with helium. Evacuation is practical, simple and can be implemented almost without running costs but is, however, only suitable for solid samples. Liquid samples are measured in a helium atmosphere. In practice, it has proven useful to measure samples, for which the content of aluminum/silicon or lighter elements needs to be determined, under vacuum or helium conditions. 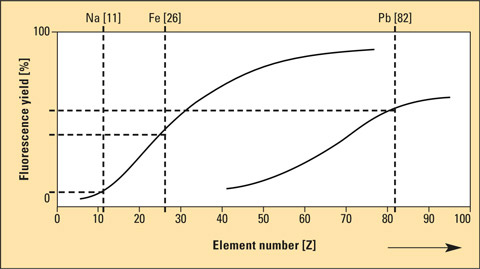 Figure 1: Fluorescence yield as a function of the element number. Lighter elements have a lower yield, heavier elements a higher yield.

If the sample is transferred to a sample vessel, its base usually consists of a thin polymer film which is highly transparent to X-rays. But caution is required as well. There are various films that differ in their resistance to chemicals, but also in their degree of transparency. Mylar is often used as standard film due to its good chemical resistance. When Mylar is used for the measurement of aqueous sodium solutions, however, sodium may not be included in the analytical results. The transparency of Mylar with respect to X-rays is indeed good. For the case described here it is appropriate to use Ultralene instead of Mylar, as its transparency is much higher. 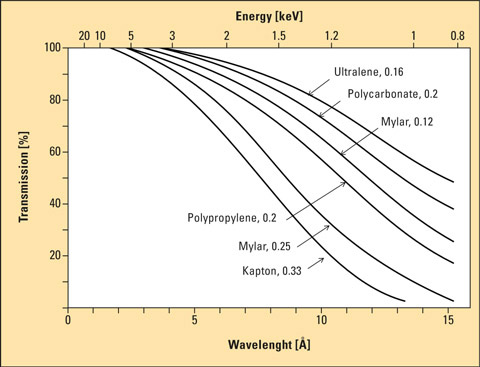 Figure 2: Transmission capacity of various polymer films as a function of the wavelength of the incident X-ray radiation. Lighter elements exhibit a higher wavelength and a lower energy. They are found at the right-hand side of the graphic.

When an X-ray system, such as Shimadzu’s EDX instrument series, offers sophisticated features such as special windows and helium or vacuum options, the tips mentioned above will enable simple measurement of light elements.