Determination of bisphenol A in plastic packaging 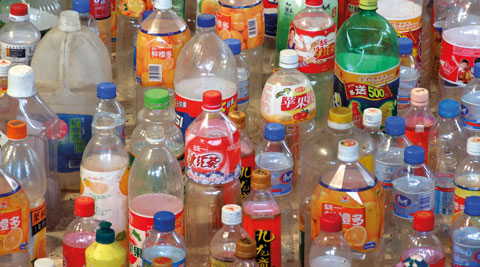 Bisphenol A (BPA) is mainly used in the production of plastics; its by-products have been commercially available for over 50 years. BPA is also applied in the synthesis of polyesters, polysulfonates, as antioxidant in some plasticizers and as inhibitor against PVC polymerization.

Above all, however, BPA is the key monomer in the production of epoxy resins and the majority of polycarbonates. Polycarbonates are transparent and virtually unbreakable and are therefore found in numerous childrens products as well as in bottles, sports goods, health care, dental and optical equipment, in spectacle lenses, household equipment and in protective helmets – wherever durable or long-lasting materials are needed. On the other hand, BPA-containing epoxy resins are used as internal coatings in many steel cans for foods and beverages. BPA is also a precursor of flame-retardants and has been used in the past as a fungicide. 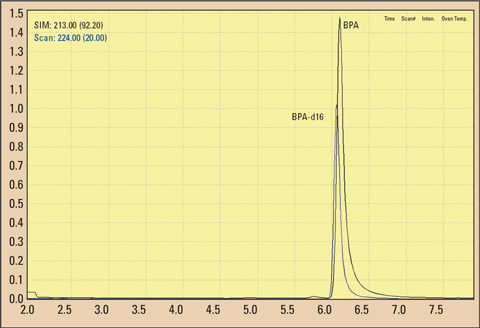 Figure 1: Gas chromatogram (TIC) of a BPA and BPA-d16 standard

Suspected since the 1930’s to be harmful to humans, concerns regarding the use of BPA-containing plastic materials have increased considerably in 2008, as many governments commissioned studies on the safety of BPA. Some distributors have withdrawn products containing BPA from the market. BPA seems to be mainly responsible for numerous impairments in male and female sexual development during the fetal stage, as well as a decline in fertility during adulthood.

Worldwide production of BPA was estimated at two million tons in 2010. BPA alters the activity of the endocrine system by activating hormone receptors. In case of elevated doses, this can have negative consequences for health. Experimental studies have shown that BPA mimics the activity of estrogen (essential for brain development) to such an extent that even the smallest doses can completely inhibit the activity of estrogen and its effects on neuronal growth. Although BPA-based polymeric packaging materials are considered to be stable under normal circumstances, they can still release small but toxicologically significant amounts of BPA so that an increased risk exists that beverages or foods are contaminated with this substance.

BPA has also been associated with the development of numerous other clinical conditions of the reproductive organs, the prostate and the female breast. The studies conducted, show clear evidence of endocrine effects and make it possible to define a daily maximum recommended dose of 0.05 mg/kg body weight [1].

Long-term risks cannot be ruled out

In September 2008, the US National Institute of Environmental Health Sciences issued a brief for the assessment of human health risks that is based on the result of the complex points of contact between food, consumer products and living conditions [2]. The document compared the effects of BPA in experimental studies and the associated ‘dosage-response’ data with existing information on the level of risks of human exposure to the compound, including the limited epidemiological studies and biological monitoring carried out to date. 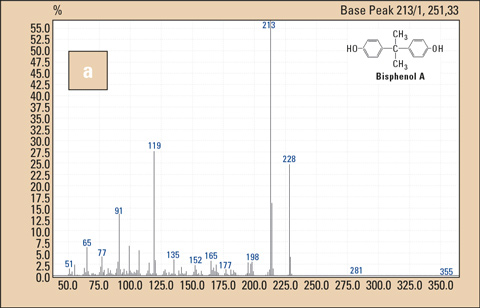 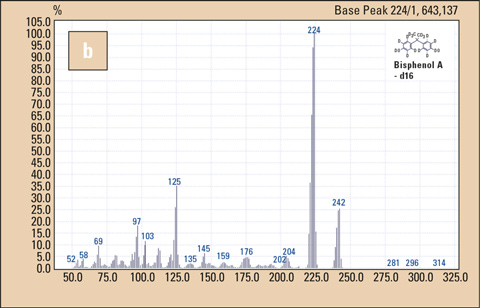 The conclusions rule out any risk to reproductive health and pregnancy in adults. Nevertheless, the concerns on long-term risks to the endocrine, neurological and reproductive development as a result of exposure in utero and/or during childhood remain.

The American Chemistry Council, Plastics Europe and the Japan Chemical Industry Association have joined forces to form a polycarbonate/BPA research group (www.bisphenol-A.org). This group has also defined the determination of BPA under different conditions (environment, biological and plastic materials) (Analytical Method Criteria). According to these criteria, gas chromatography coupled to mass spectrometry (GC-MS) is the method of choice for the determination of BPA, whereby confirmation is based on the ratio of the signals at 228 m/z and 213 m/z. Nevertheless, a large part of scientific work published to date has reported the use of HPLC-MS-MS methods for the determination of BPA. This discrepancy may be due to the need to detect even the smallest amounts, which has been difficult to achieve with the GC-MS systems. 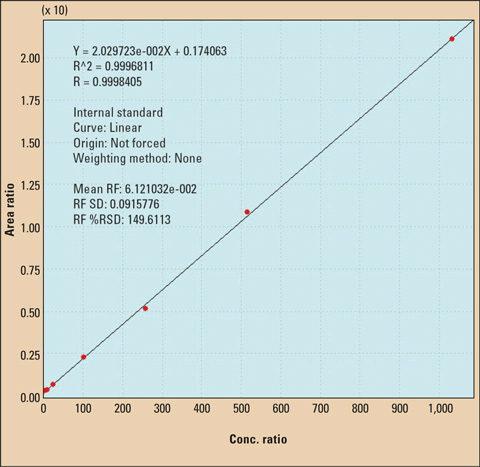 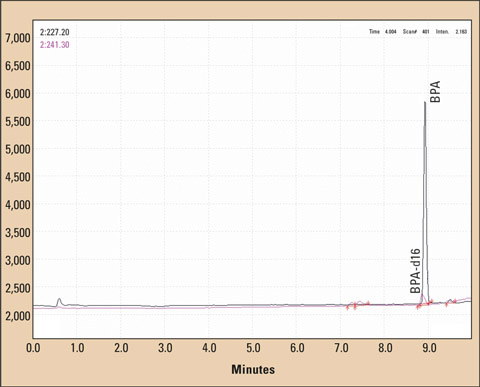 Figure 4: LCMS chromatogram of a BPA and BPA-d16 standard

These fast analysis times require high data acquisition rates. Two data acquisition channels were used, one in the SIM mode and the other in the SCAN mode between m/z = 50 and m/z = 500. The so-called ‘event time’ for the SCAN mode was set to 0.1 sec (corresponding to a scan rate of 5000 amu/sec, half of the maximum rate attainable using the QP-2010). In the SIM mode, the ions m/z = 213 and m/z = 228 for BPA and m/z = 224 for the internal standard were measured.

Calibration was carried out using eight standard solutions at a concentration of 0.1 µg/L up to 1,000 µg/L. This method has been proven to be extremely reliable. Measurement was performed using an internal deuterated standard (BPA-d16).

The HPLC-MS method, on the other hand, is based on a 50 mm x 2 mm Shim-Pack XR-ODS column. Chromatographic separation is carried out using a water/ methanol gradient. The gradient program includes an initial phase of one minute using 20 % methanol with an increase up to 50 % within 5 minutes, then an additional ramp up to 100 % in a further five minutes, followed by a return to the initial conditions (20 % methanol) in a further two minutes, and finally an equilibration of three minutes. The total analysis time is 15 minutes. The flow rate is 0.2 mL/min. 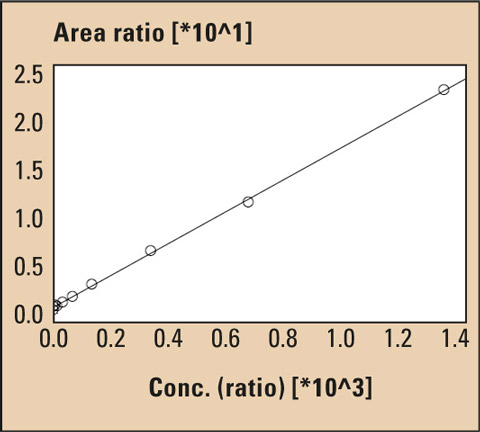 The possibility to quantify BPA with increased sensitivity in both GCMS and LCMS is an essential requirement for the analysis of samples from different origins. Since the first investigations have been carried out, BPA appears to be widely present in many everyday objects – even though in low concentrations. Only through efficient quantification of BPA present in various sources will it be possible to assess the actual level of risk to humans and the effect of BPA as an endocrine disruptor.