Still young, but already well established – on the market since just 18 months, the GC-2010 Plus is already known as a top class instrument for sensitivity, reproducibility and sample throughput. Shimadzu now makes this technology available also to customers who have chosen network-oriented chromatography data software (client/server CDS).

Empower is a leading client/server CDS system. In the Workstation or Enterprise scale-up configurations, the software offers control of numerous liquid or gas chromatography systems over a local network (LAN). Operation of an instrument occurs via LAC/E boxes which are connected to the Empower server via a network. Shimadzu’s HPLC and GC systems are integrated in Empower using suitable instrument drivers via the LAC/E box. In addition, chromatography systems of other manufacturers can be operated in conjunction with other LAC/E boxes.

All chromatograms, methods and results available via the network

Several GC systems can be controlled via a LAC/E box (of course, also in combination with Shimadzu’s liquid chromatography systems). The LAC/E box stores intermediary chromatographic data before these are sent to the Empower server via the network and are finally stored in an Oracle database. All chromatograms, methods and results are available to all users after appropriate authentication.

The strengths of Empower lie in its deployment in regulatory environments, where multiple users usually have access to various analytical instruments and measured data. This requires a dedicated administration of access rights to instruments and results. Safeguarding and security of all results always has the highest priority.

The database is safeguarded against unauthorized access. At the same time, all accompanying information (metadata) is comprehensively documented and stored together with the results – who measured data, when, how and where, or who changed the evaluation? Suitable database functions also simplify searching for results tremendously. Complemented by a flexible and versatile reporting system for clear presentation of results, the software is ideal for laboratories with different chromatography systems and high sample throughput. 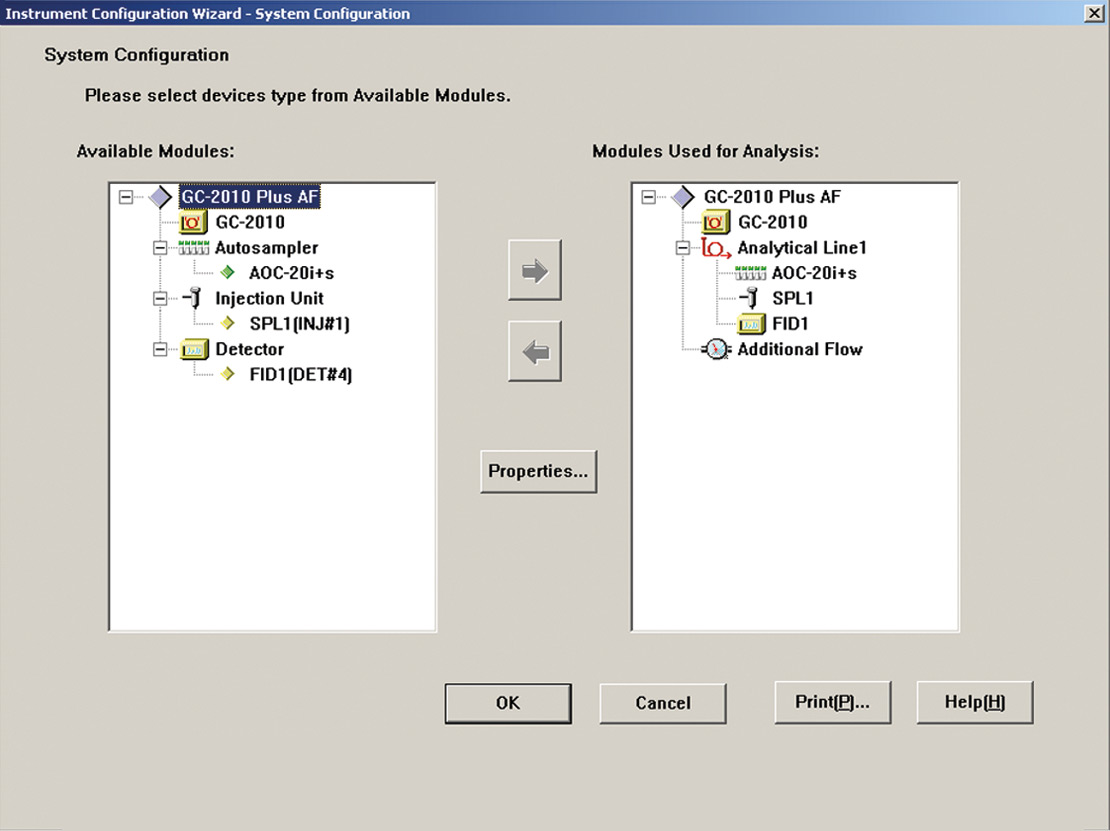 Software handling remains very straightforward. For Shimadzu systems, the ‘Configuration Wizard’ (Figure 2) supports the configuration of the GC as well as its correct integration in the Empower system. Shimadzu’s proven GCsolution and LabSolutions software packages have been adapted for entering method parameters (Figure 3). Empower distinguishes between the instrument, data processing and reporting method, which can be summarized in a ‘Method Set.’ 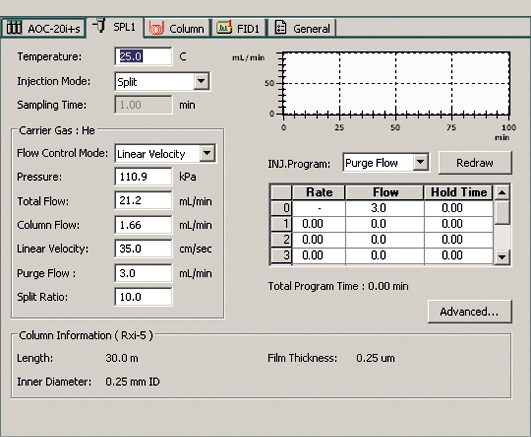 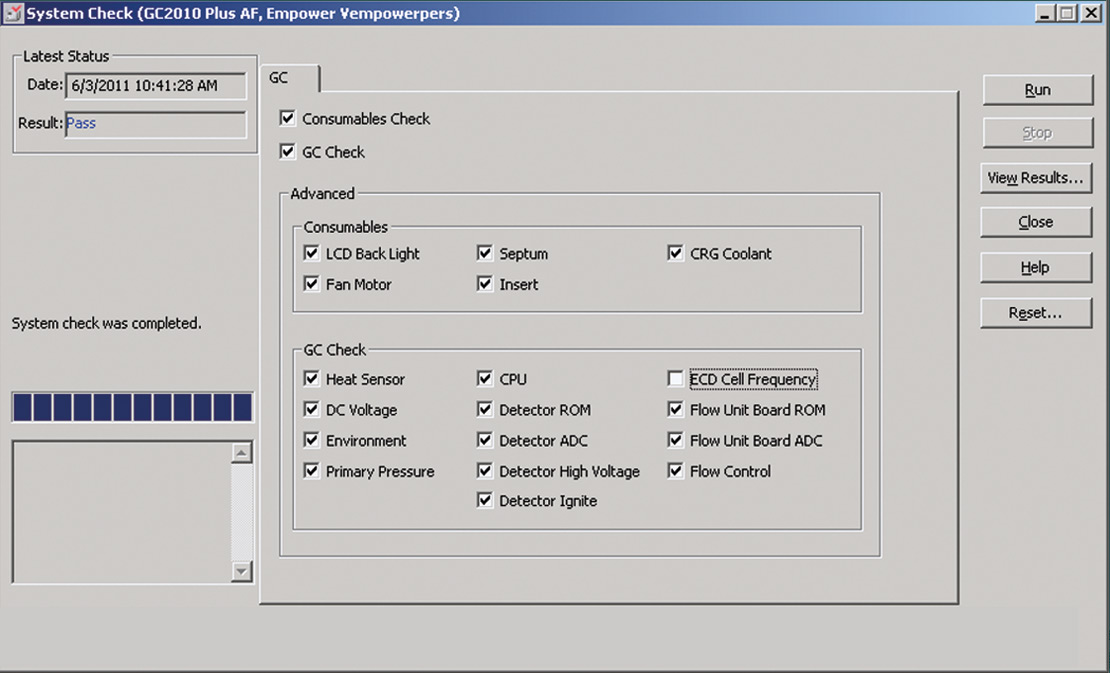 To operate the GC system, the software offers four different user interfaces – from a ‘Quick Start’ interface to an interface that enables instrument access via the World Wide Web. When the user is away from the gas chromatograph, the diagnostic functions of the GC-2010 Plus enable checking of the instrument’s status and its operational readiness. When the GC operates normally within its parameters the test result is ‘Pass’; should discrepancies arise, the test result ‘Fail’ will be displayed (Figure 4). In this case, an extensive report can be viewed via ‘View Results’, listing the function which does not work in accordance with the requirements. 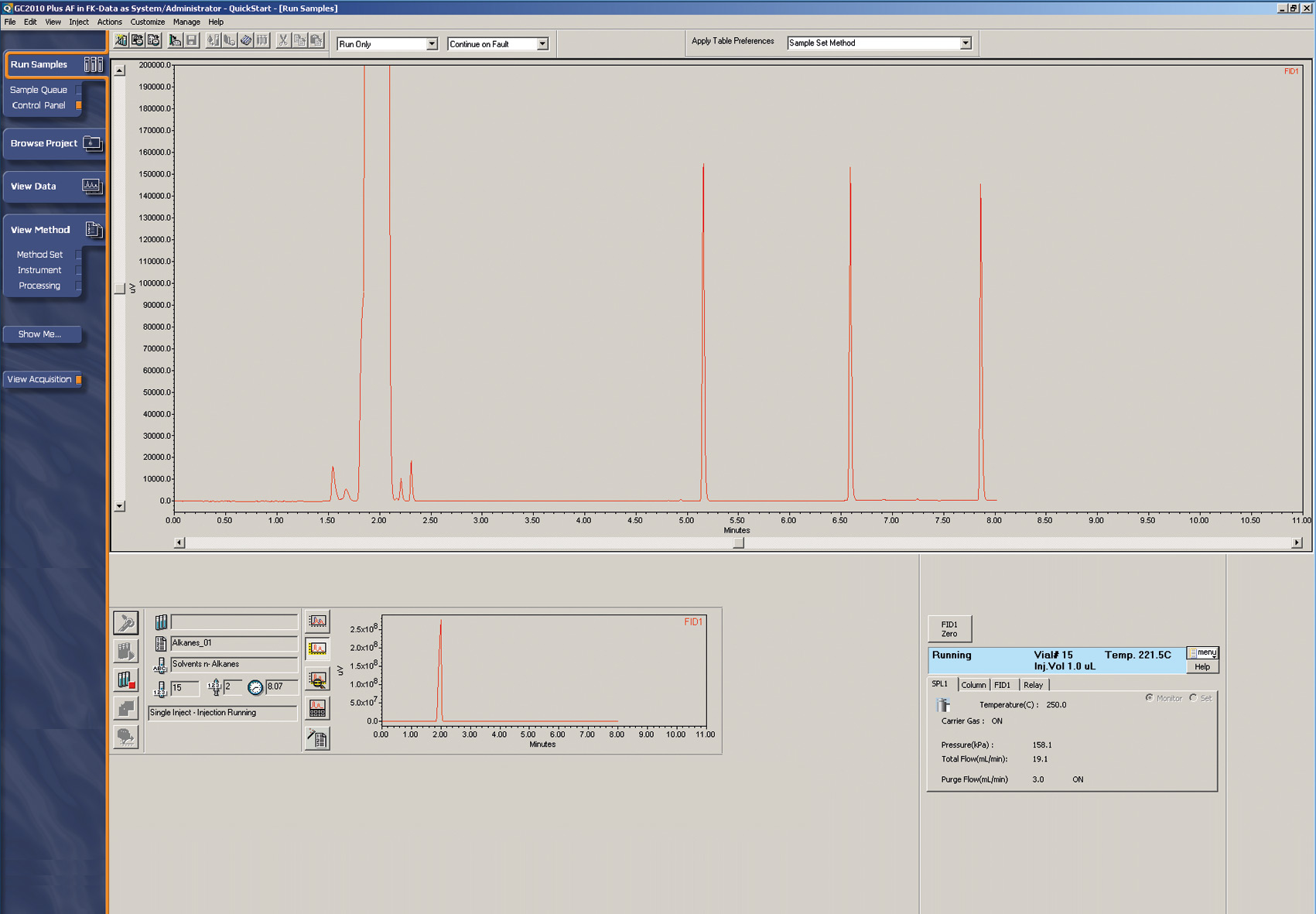 The Empower Quick Start interface enables straightforward and fast generation of chromatographic results. It offers all of Empower’s features, although only the essential functions are displayed (Figure 5). An instrument monitor informs the user of the current values of the most important GC parameters (Figure 6). 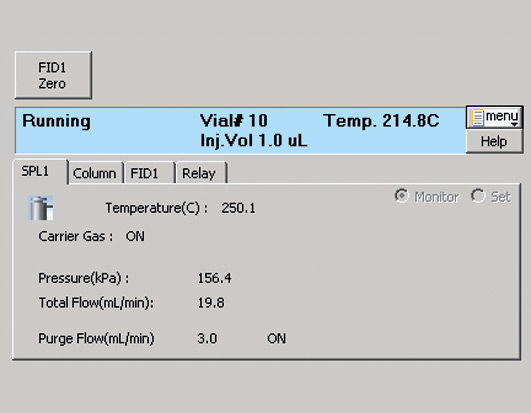 Empower’s architecture and data security are true benefits – the software can where necessary be expanded from a single-user to a company-wide system. Storage of chromatography data in the integrated database simplifies data retrieval via intelligent search processes, offering security against unauthorized access as well as comprehensively documenting all user interactions.

In this way, the Empower software is especially suitable for large companies dealing with extensive analytics and high sample throughput, whereby research groups worldwide can be granted principal access to results. The client/server structure does not require the user to always work near the instrument; on the contrary, multiple instruments can be monitored from a distance. Reliability of a GC system and extensive diagnostic functions, which signal necessary maintenance steps in time, are thereby essential.

Due to globalization of companies, analytical data of project teams are being processed worldwide and results are used in research and development. The excellent sensitivity with highest precision of the GC-2010 Plus has extended the application capabilities of gas chromatography significantly. Moreover, its short analysis time contributes to finding fast answers to analytical questions. By bringing together the GC-2010 Plus and Empower, performance, reliability, flexibility and security are now combined in one package. Together, software and hardware form an ideal team to meet the future demands and challenges in chemical analysis.