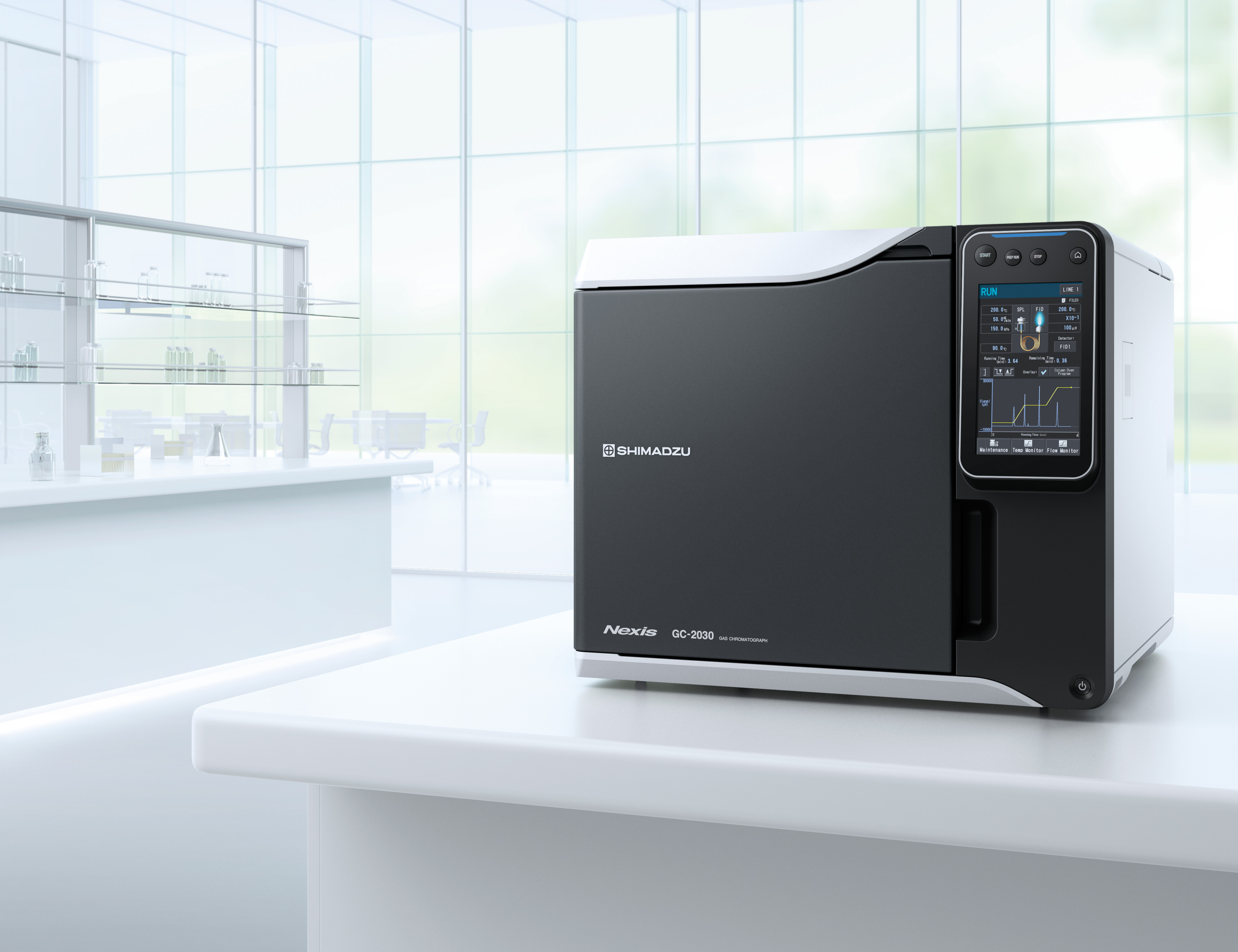 A water sample is extracted and then purified with Florisil to remove polar substances. The purified extract is analyzed by gas chromatography with flame ionization detection (GC-FID). It is not possible to assign individual substances due to the complexity of the hydrocarbon mixtures. Quantification is therefore performed by integration of the total peak area between the marker substances n-decane (C10) and n-tetracontane (C40) [1].

In this way, the boiling point range lies between 175 and 525 °C [2]. For determination of mineral oil concentration, a mineral oil mixture (diesel lubricating oil mixture, mineral oil type A and type B) is used as an external standard [1]. Soil and sludge samples can be determined analogous to H53, as defined by the European standard ISO 16703:2011.

Since determination of mineral oil hydrocarbons covers a wide boiling point range, analysis is carried out conventionally using an on-column injector (OCI) to ensure non-discriminatory sample introduction. ISO 9377-2 prescribes a ratio of the alkanes n-tetracontane (C40) to n-eicosane (C20) of at least 0.8 [1]. Disadvantages of on-column injection are the high matrix load of the column and the use of a retention gap.

A more column-and maintenance-friendly alternative is to use a split/ splitless injector (SPL), provided it meets the above requirement. 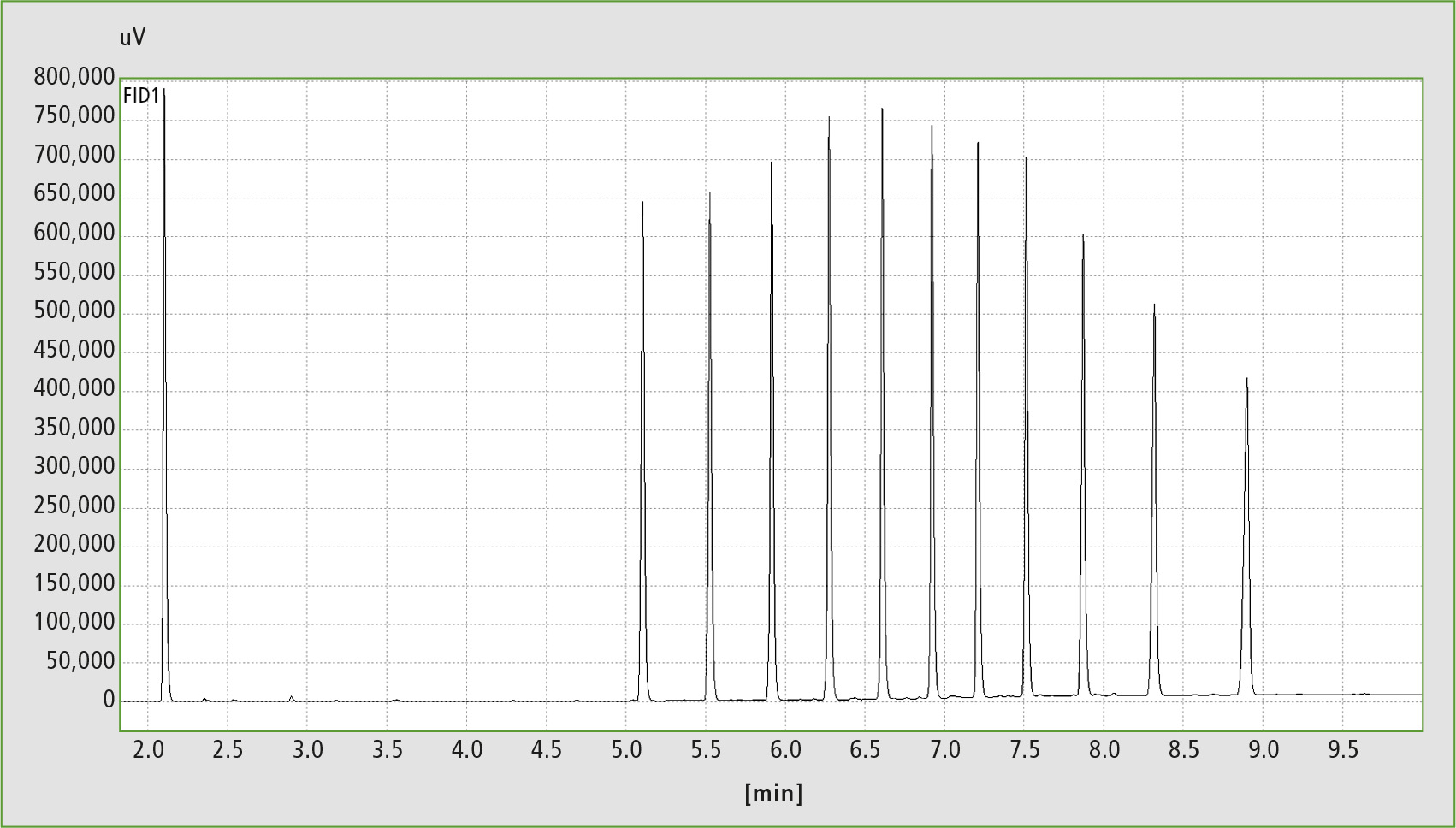 Using a greatly increased linear velocity, the analysis could be further accelerated to achieve chromatograms with runtimes of less than 6.5 min. Further acceleration with simultaneous use of less extreme linear velocities was achieved by using hydrogen as carrier gas.

Subsequent reoptimization of the column dimensions led to a further reduction of analysis time: The change to MXT-1 with dimensions of 15 m, 0.25 mm ID, 0.1 µm film thickness (Restek) and C40 retention time of 5.4 min finally enabled a chromatogram runtime of less than 6 min (figure 2, table 2). This leads to injection cycles of 10 min including cooling and equilibration time. Sample introduction was still free of discrimination with a ratio of C40/C20 > 0.90. Furthermore, due to the increased temperature stability of the MXT-1, maximum temperature of the furnace program could be raised. This shortens the chromatogram runtime for real samples that include compounds greater than C40. 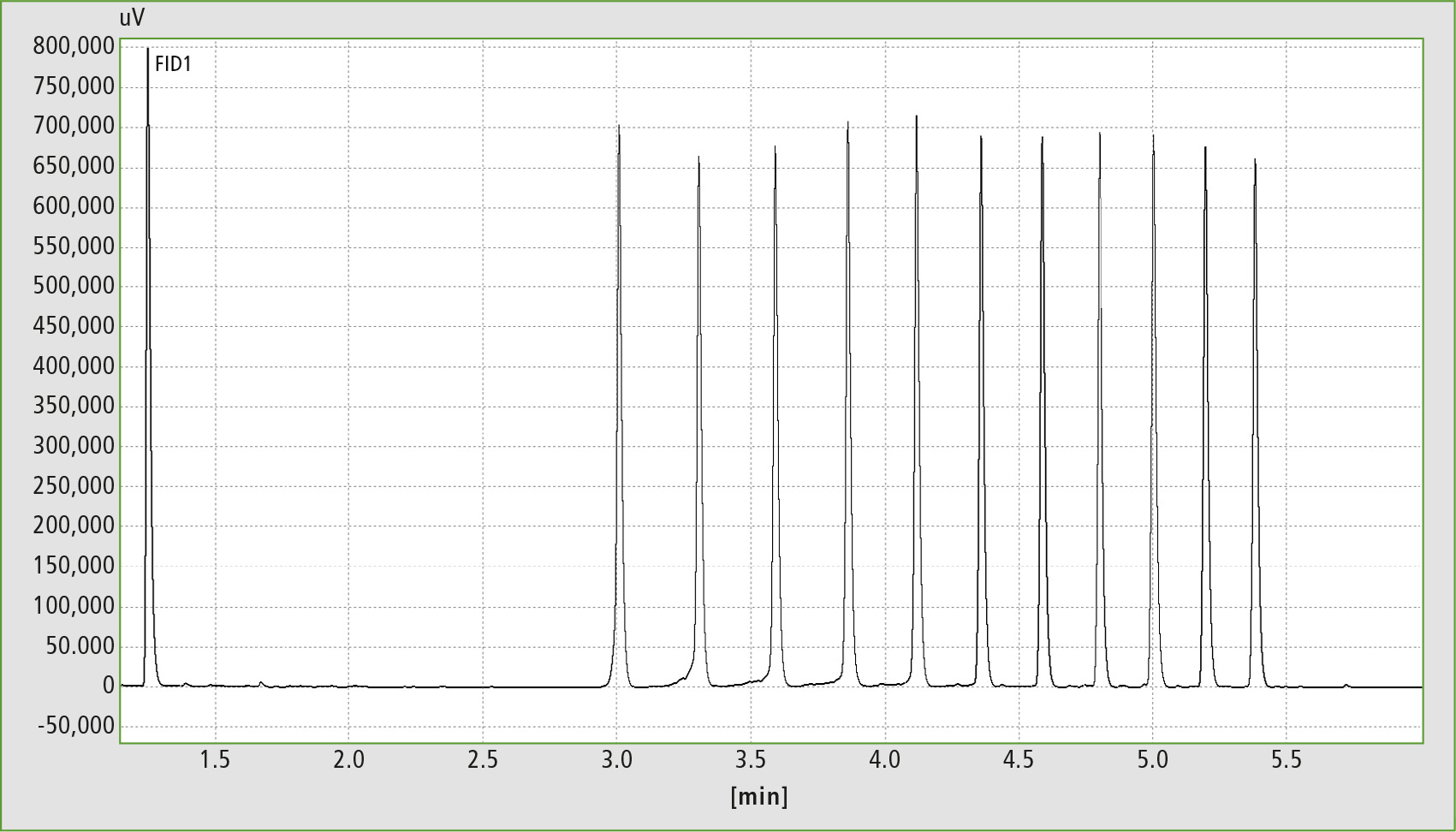 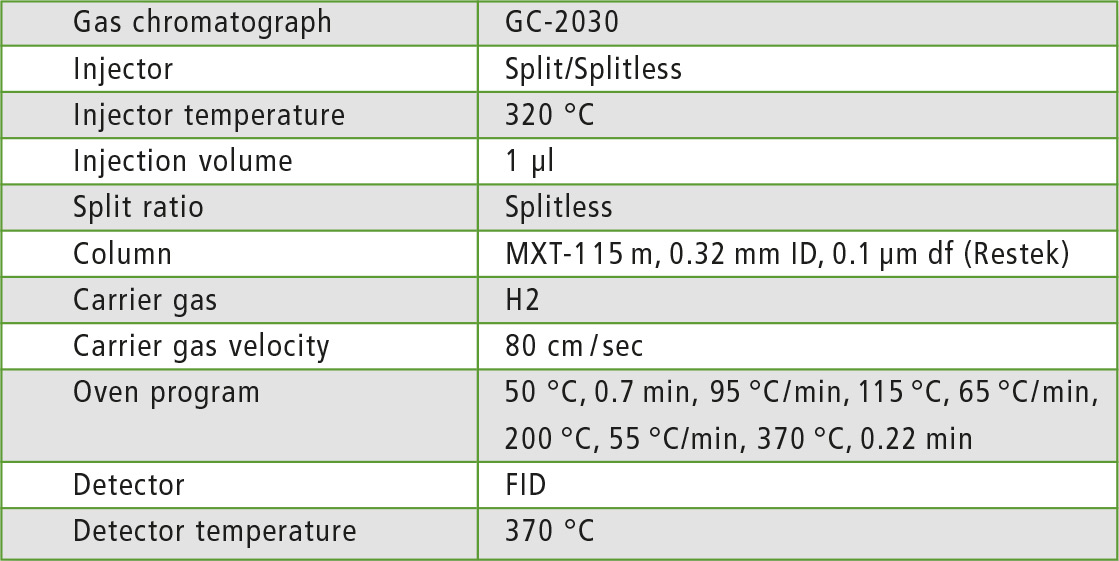 Based on these optimization results, real samples were measured as examples. To produce a calibration series, a mineral oil standard type A and type B as well as an extraction solution already mixed with C10 and C40 were used, both are commercially available (Sigma Aldrich, figure 3). This reduced the wet-chemical work involved but also meant that no background subtraction of pure solvents was possible without retention time markers. Instead, the unspiked extraction solution was included in the calibration series as concentration level 0. 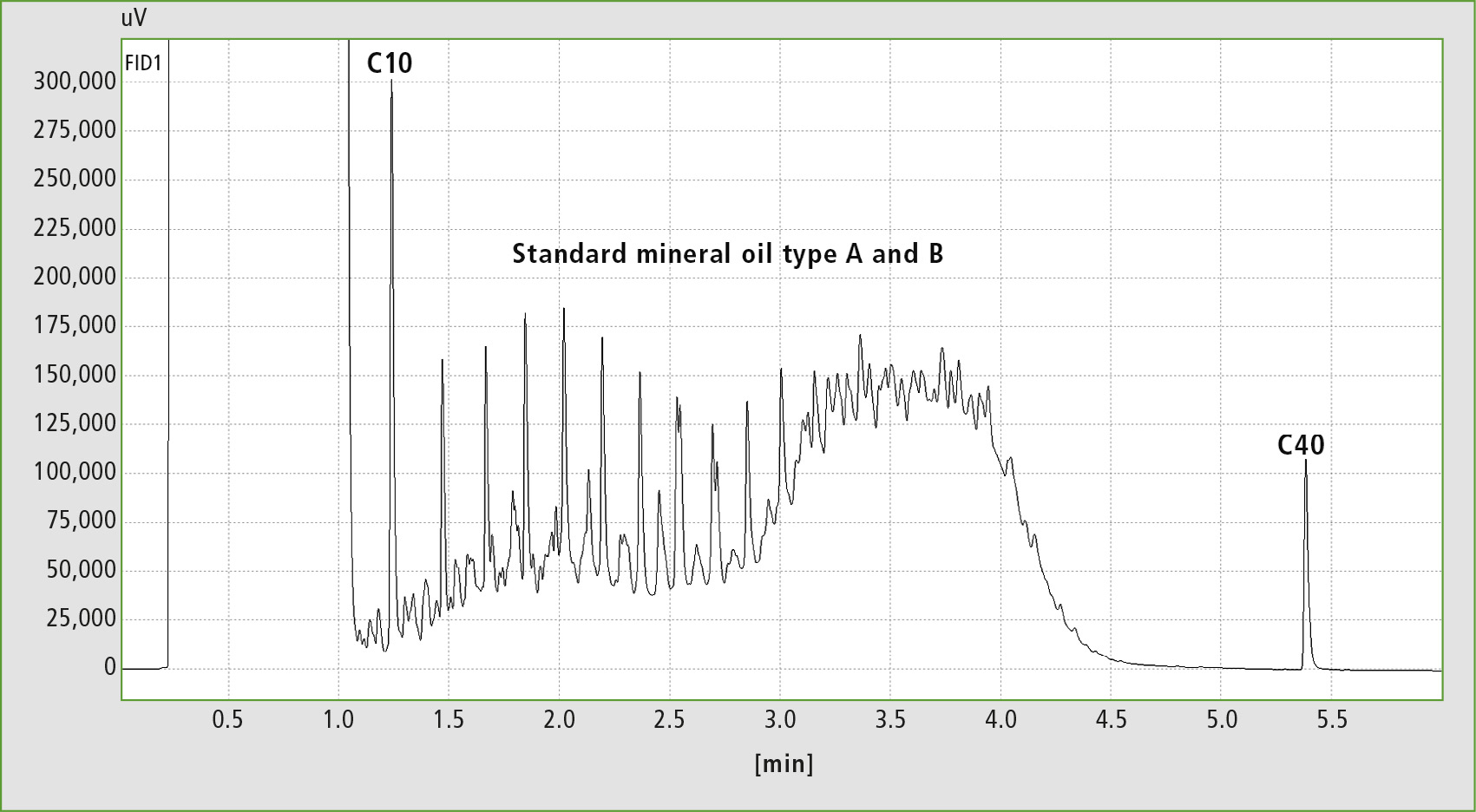 Figure 3: Chromatogram of the calibration standard 1 mg/mL, mineral oil type A and B in extraction solution with retention time markers C10 and C40 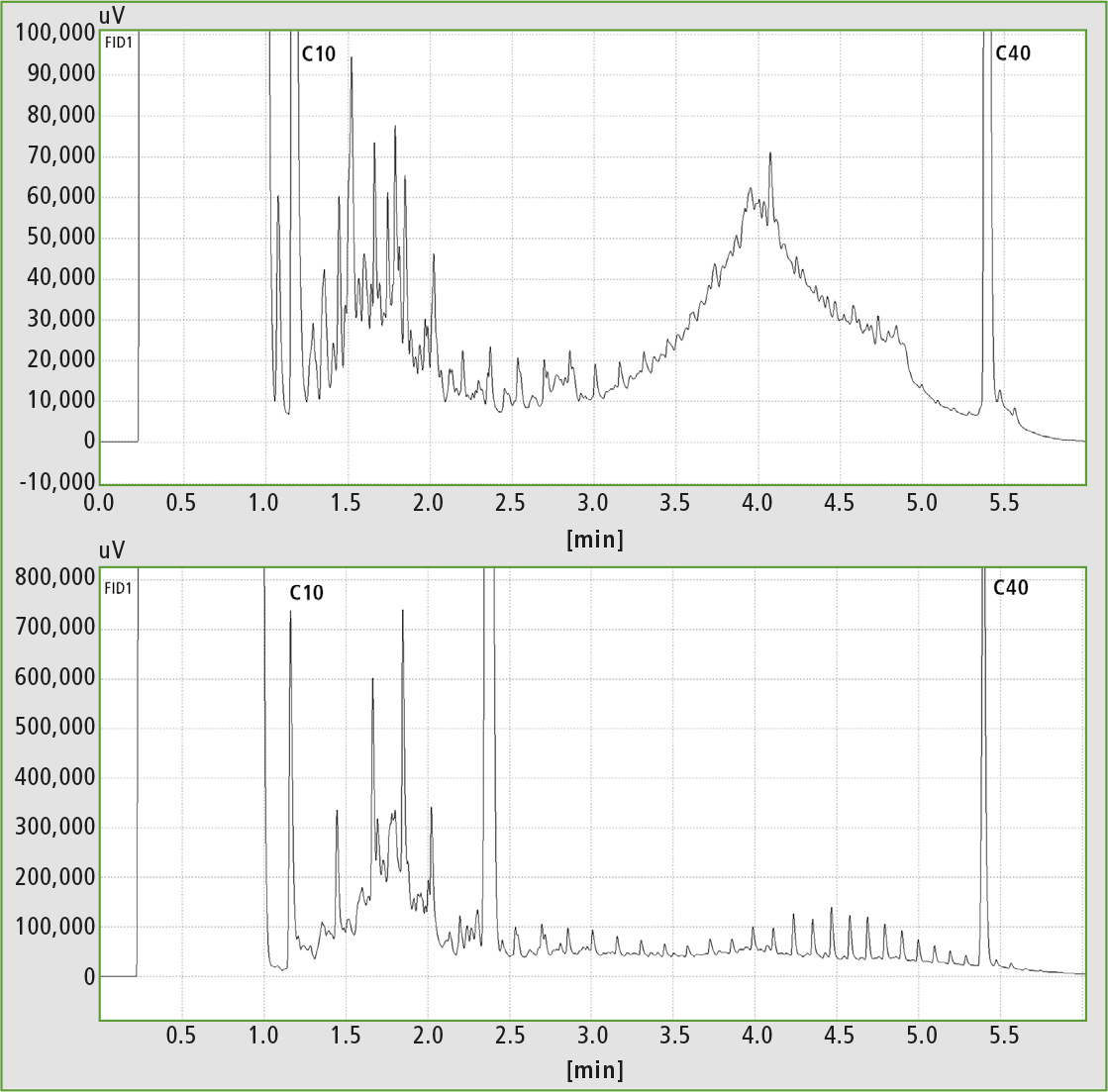 A split/splitless injector simplifies and accelerates H53 measurements as long as it meets the requirements of the ISO 9377-2 standard. The area ratio C40/C20 must be above 0.8, and the Nexis GC-2030 meets this with a ratio greater than 0.9. With the use of hydrogen as carrier gas and by selecting a suitable column, chromatogram runtimes can be reduced significantly (down to six minutes) while maintaining reliability of the results.