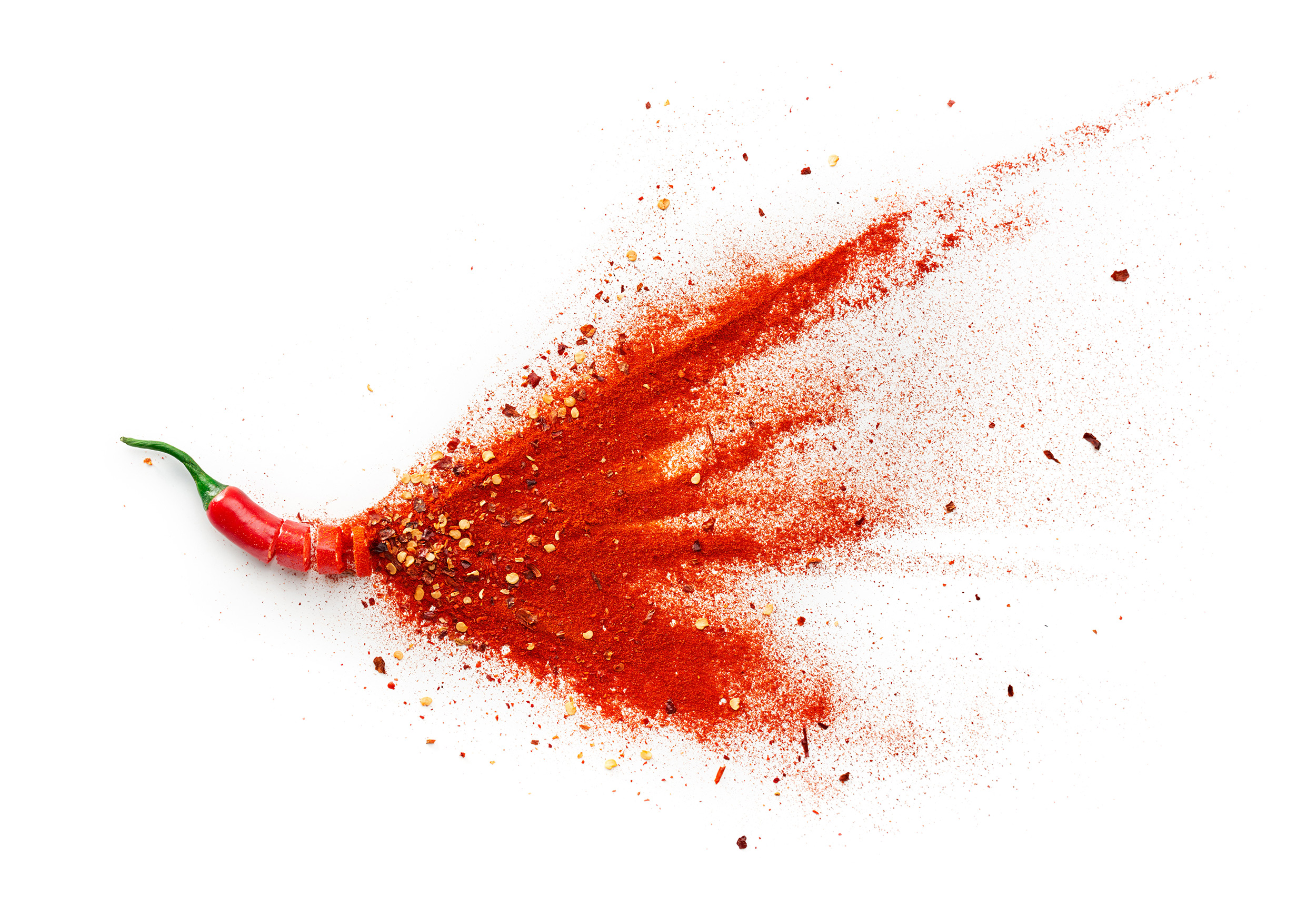 Every culture has its own famous fast food dish or street food, to use a current buzzword. The UK is famous for its fish and chips, Denmark for its hot dogs, The Netherlands for Frikandel, and Germany for its fried pork sausage with curry sauce, the so-called Currywurst. Although Berlin claims to have invented this dish, the Ruhr area with 5 million people in the west of the country has the highest density of fast food restaurants offering Currywurst seasoned with curry ketchup, a sauce based on spiced ketchup or tomato paste. The dish often comes with French fries.

Over 800 million curry sausages are consumed annually in Germany [1], some with hot or very hot sauces added. According to owners of “Die Currywurst”, their Ruhr area-based snack bar provides the world’s hottest Currywurst. Shimadzu has received some samples for analysis, including the hottest sauce. Guests eat them at their own risk, and they are served with the warning: “may threaten health.”

The pungency (hotness) of a product is measured in Scoville Heat Units (SHU). Tabasco has a pungency of 2,500 to 5,000 Scoville, while the “Bombfire” sauce, own creation of the “Die Currywurst” snack bar, has up to 666,000 Scoville.

To measure the exact content, the i-Series LC-2040C 3D compact HPLC system was used for high-speed analysis. Equipped with a photodiode array (PDA) and fluorescence detector, standards of the two main components were analyzed first. The method parameters applied are based on an existing Shimadzu application (No. L335) and are listed in table 1.

Table 1: Method parameters for analysis of capsaicin and dihydrocapsaicin

First, capsaicin and dihdrocapsaicin standards are tested in different concentrations (5, 10, 25, 50, 75 and 100 µg/mL) to create a calibration curve. Fluorescence detection exhibits approximately 16-fold higher sensitivity than detection with the PDA, as shown in figure 1. 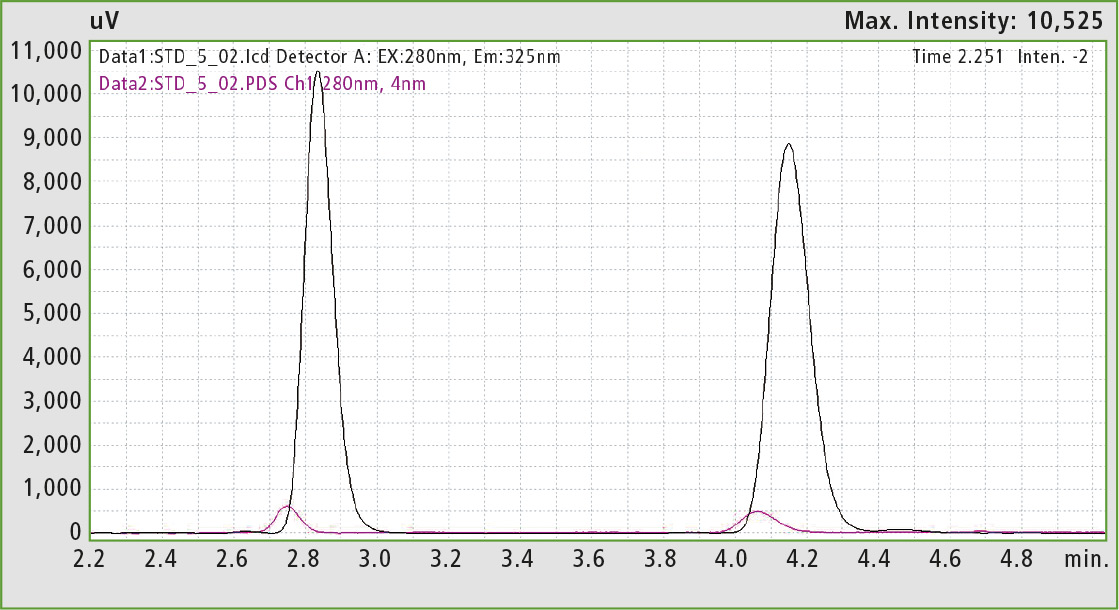 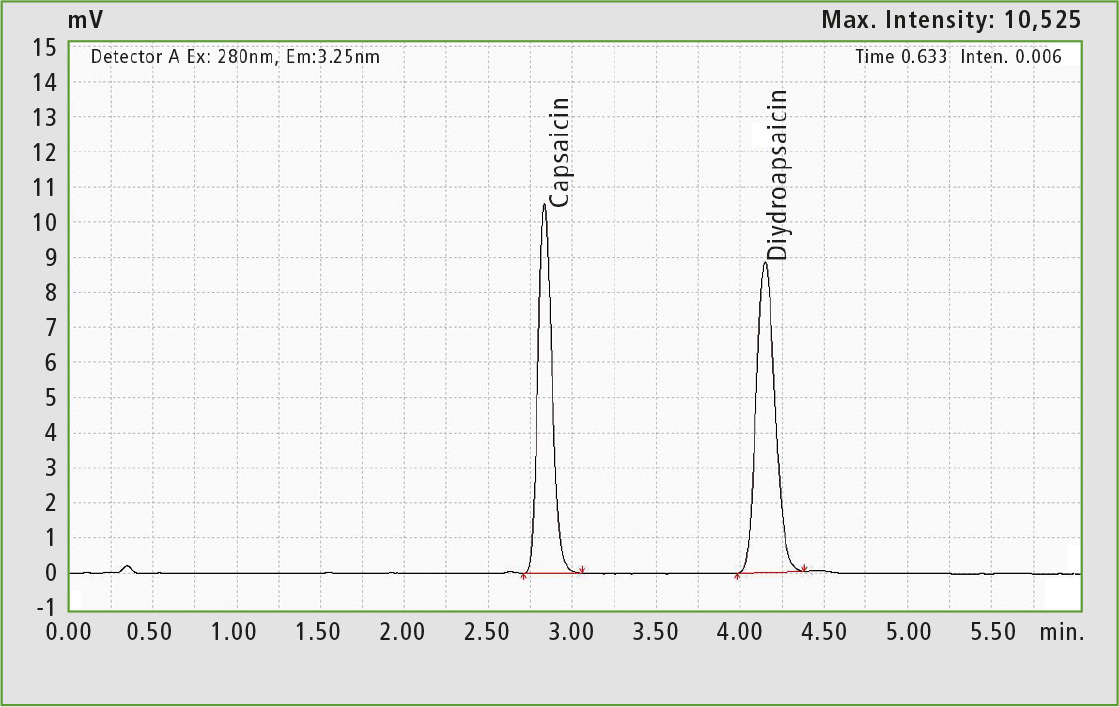 For sample preparation of the dried chilies and sauces, a defined amount of sample is first weighed (1 g chili pepper, 2 g sauce) and dissolved in 10 mL ethanol. After one hour of extraction in a water bath (100 °C) and filtration of the solution, 1 µL is injected (figure 4). 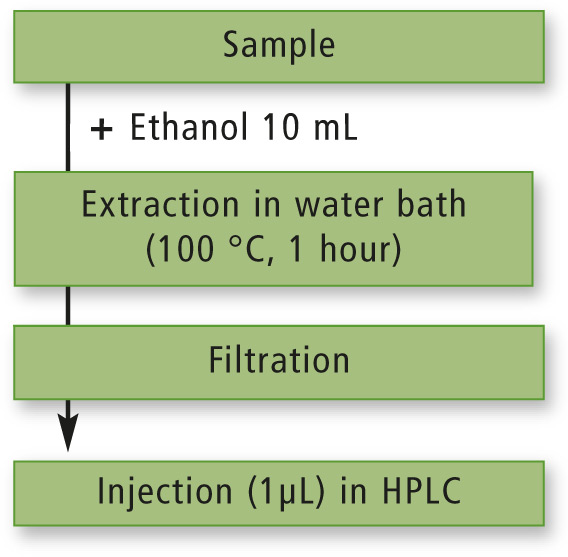 In total, four chili peppers and five sauces with distinct degrees of pungency were examined. Figure 5 shows the chromatogram of a sauce with a pungency of level seven, i.e. medium to high, in which capsaicin, dihydrocapsaicin and also nordihydrocapsaicin can be identified. 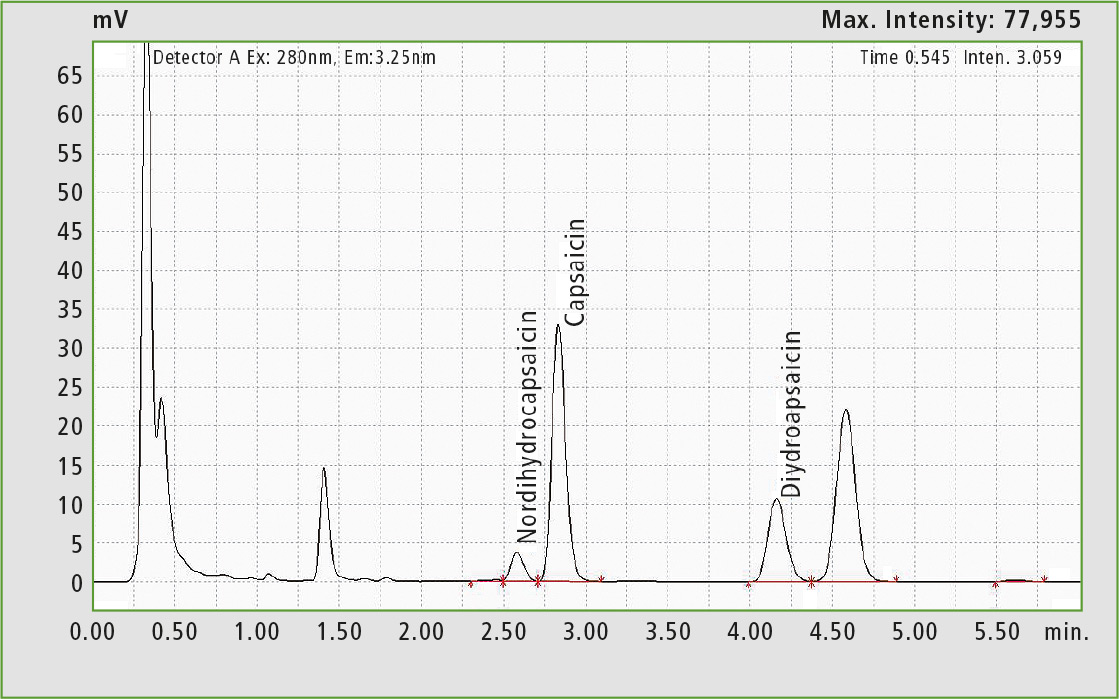 Figure 5: Chromatogram of the sauce with pungency level 7

Formula for the degree of pungency

The calibration curves of capsaicin and dihydrocapsaicin are used for quantification. To determine the degree of pungency, the concentrations are ascertained according to the peak areas and converted to the initial weight. The result can then be converted to the Scoville scale using the formula below (without nordihydrocapsaicin) to determine the degree of pungency of chili peppers and sauces.

The results are shown in tables 2 and 3.

The method depicted shows an easy sample preparation and fast analysis of chili products. The results obtained enable an approximate estimation of the expected level of pungency, but due to the non-inclusion of the nordihydrocapsaicin and a possibly incomplete extraction, Scoville results are considered to be too low.

As expected, the results reveal a significantly higher degree of pungency of pure chili peppers than for Currywurst sauces. This difference is a result of the same sample processing for both types of samples and the diluting effect of the sauce, which contains components of pure chili peppers. However, the goal was to make the expected trend of pungency visible analytically for sauces with different degrees of pungency, and this has been achieved. This is clearly shown for the examples in table 3.