Flavors in beer determined by Headspace-GC 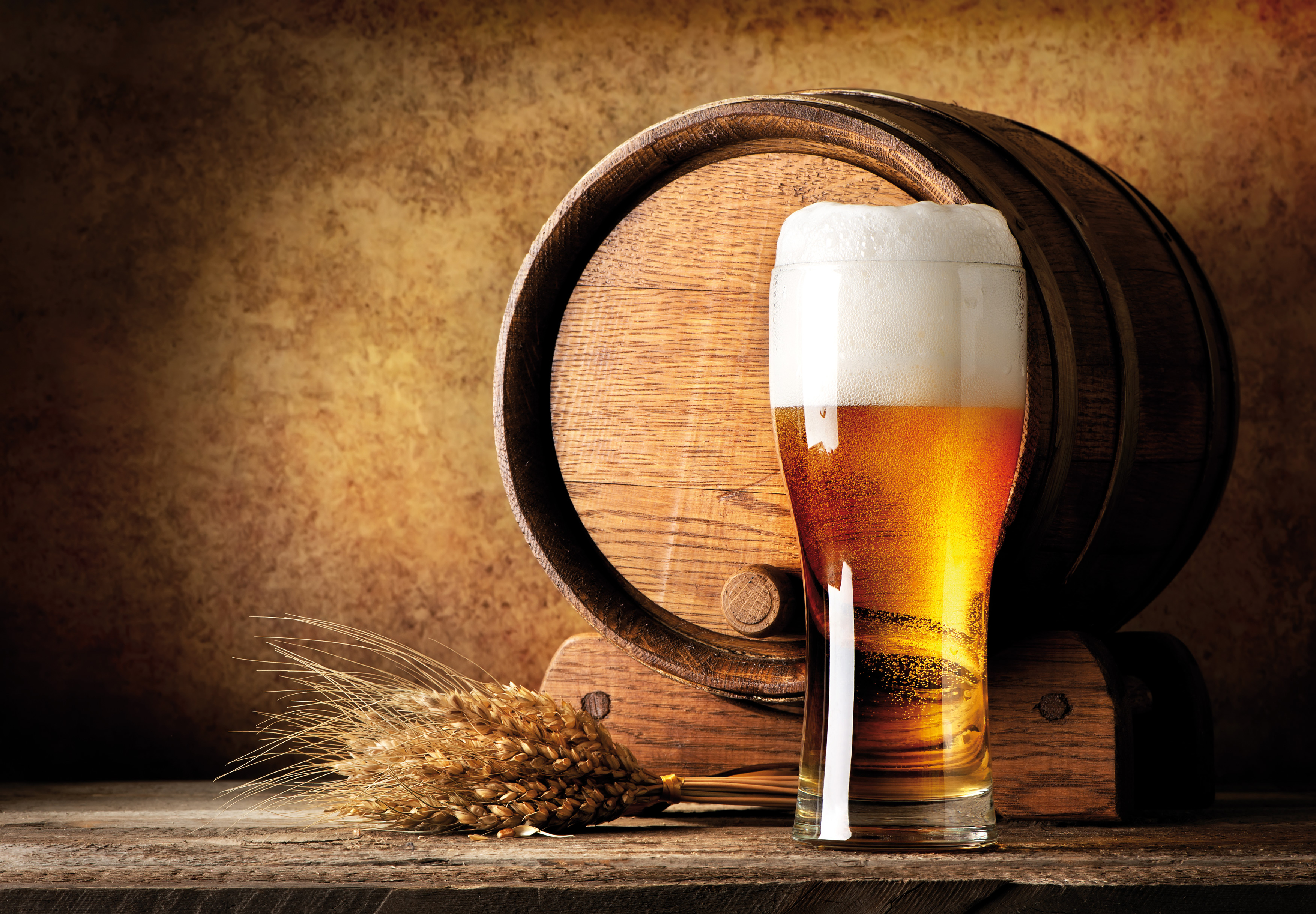 Beer flavor is formed by a complex mixture of many components giving each brew its own distinctive personality. This mixture mostly includes alcohols, esters, acids, sulphur compounds and vicinal diketones.

Esters represent one of the most important flavor groups and play a considerable role in the organoleptic characteristics of the beer. Production of esters is influenced mainly by wort composition and fermentation parameters during the brewing process. Additionally, esters are often the target-compounds in authentication and quality control methods.

Furthermore, monitoring for vicinal diketones (VDKs) including 2,3-butanedione (diacetyl) and 2,3-pentanedione, is also a critical step in determination of flavor in beer. VDKs are considered to be extremely important since they are known to affect the taste of the beer. These components are responsible for the sweet butter flavor and are considered as non-beneficial at high levels.

Another important task (in the brewing process) is monitoring of acetaldehyde. As known, acetaldehyde is reduced to ethanol by yeast during secondary fermentation, but this process may be reversed due to extensive oxidation, converting ethanol back to acetaldehyde. Acetaldehyde can also be a product of bacterial spoilage caused by Zymomonas or Acetobacter.

Dimethyl sulphide (DMS) is a sulfur compound with the taste and aroma of sweet corn. This derives either from the malt (as a result of fermentation process) or bacterial infection. Sulfur components could be considered acceptable at low concentrations, but in higher levels, they give off an unpleasant taste and smell.

This shows that rapid and reliable methods are highly desirable for determination of aroma pro-file of the beer due to its importance.

Headspace sampling coupled with gas chromatography (HS-GC) is a widely used technique for the analysis of beer throughout the world. It is also considered important in quality control (QC) in order to identify problems or changes occurring in brewing or fermentation processes that could affect the quality of the final product, i.e.:

significant increases of ethyl formate, acetone and/or methanol in cases of contamination caused by inadequately disinfected tanks or leaks in cooling systems
an abnormal increase in ethyl capronate related to yeast and fermentation problems.

The aim of this current work was the successful development of the HS-GC technique to successfully implement it in the Quality Control of a large brewery in Greece.

Beer samples require degassing prior to headspace analysis for two reasons. Firstly, it is critical to prevent dissolved carbon dioxide (CO2) from influencing vial pressure during the headspace heating process, and secondly, CO2 eluting during chromatography disturbs the GC baseline.

Samples were prepared by transferring the beer to a wide mouth beaker and sonicating them briefly. After degassing, 2.5 mL of beer sample was placed into a 20 mL headspace vial, the internal standard was added with a gas tight syringe, and the vial was sealed with a rubber septa. It was then placed in the rack of the headspace autosampler for incubation and injection.

Following the identification of the compounds, calibration was carried out using an aquatic solution of 5 % in ethanol. The substances used for each analysis were as follows:

The calibration curve used for each substance consisted of seven points, and the correlation coefficients (r2) are listed in table 2, varying from 0.9965 to 0.9999. Some typical calibration curves are also shown in figure 1. 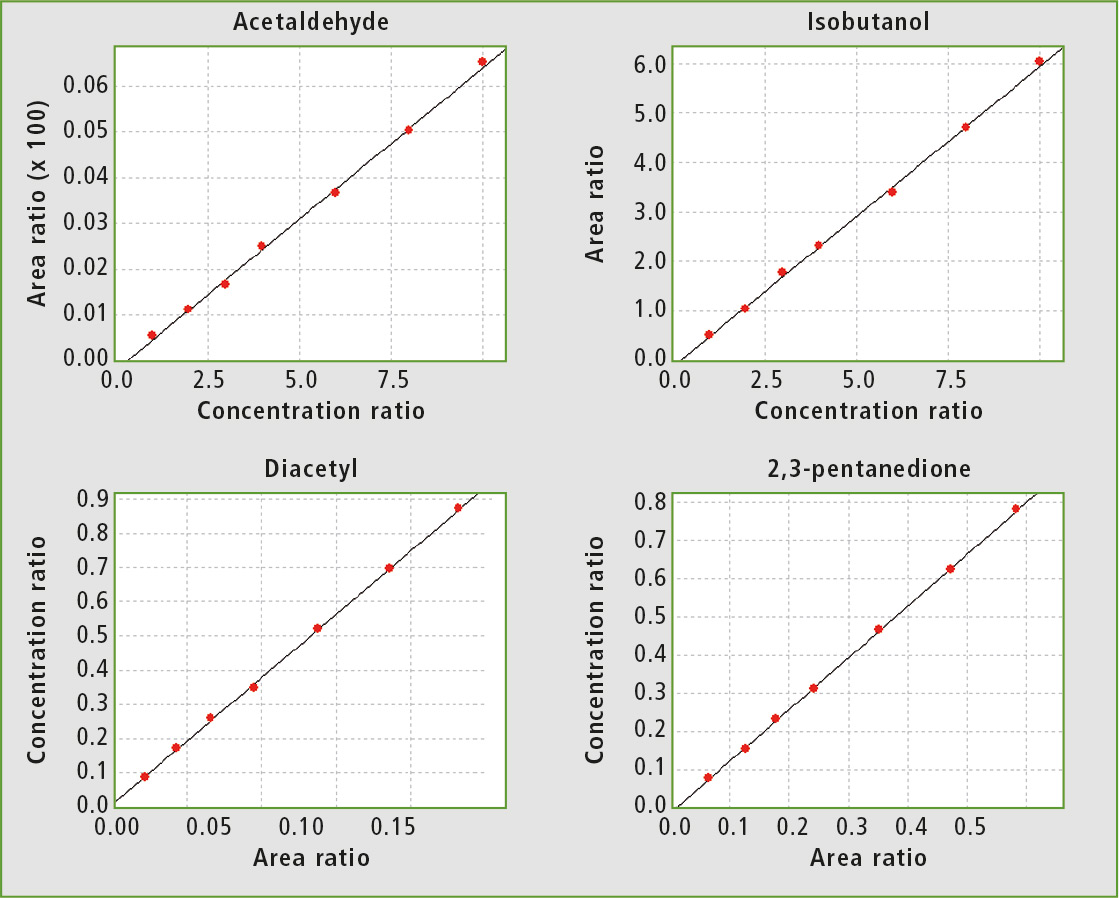 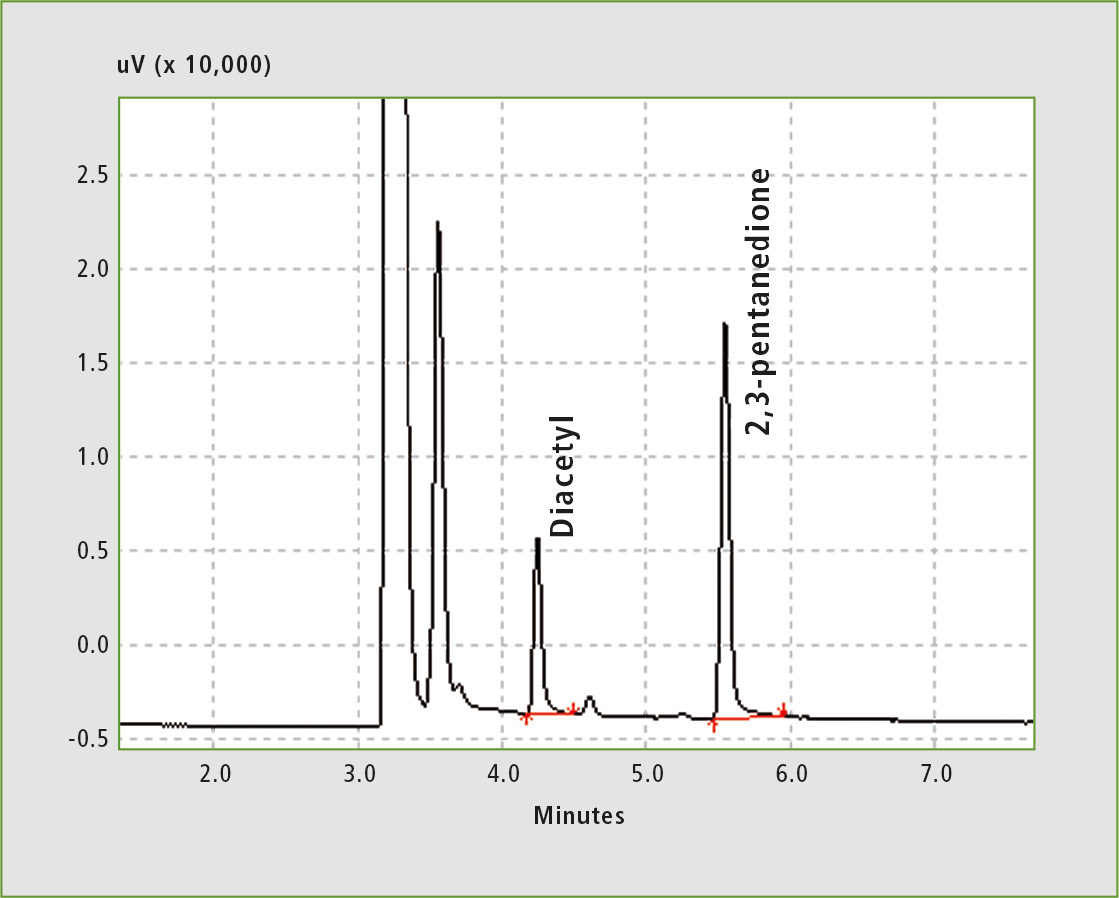 Figure 2: Analysis of VDKs in a standard 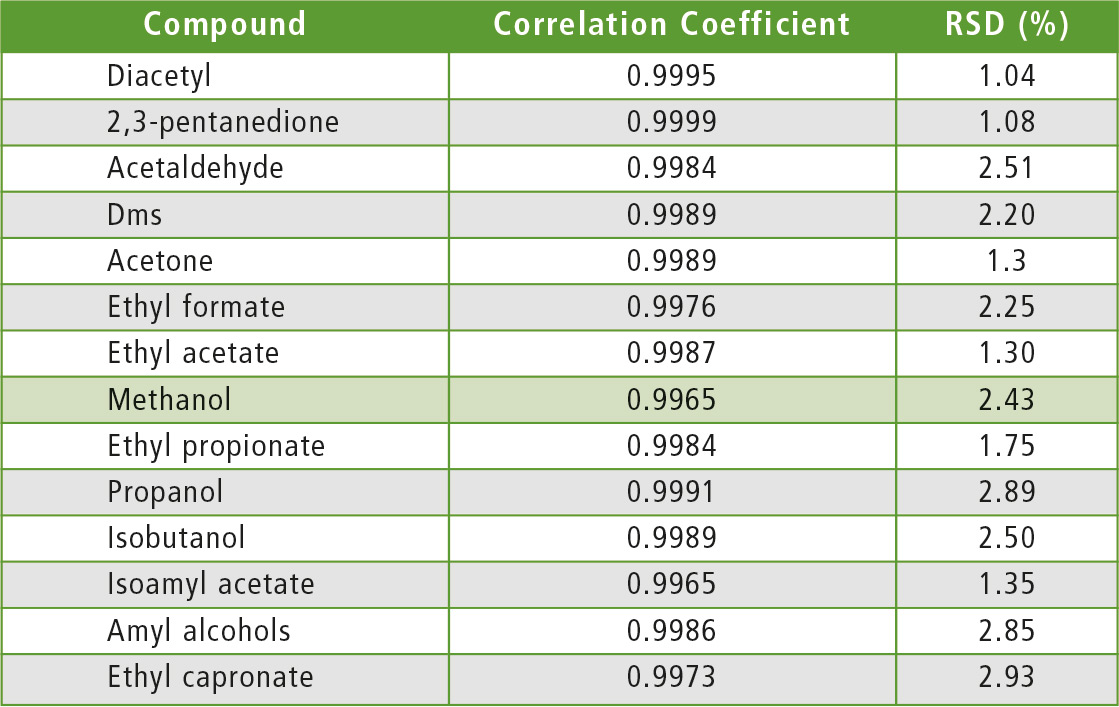 Nine repetitions of the highest concentration VDKs standard were performed, and the relative RSDs are shown in table 3. Repeatability was very good and in all cases RSD was less than 3 % (see also table 3). 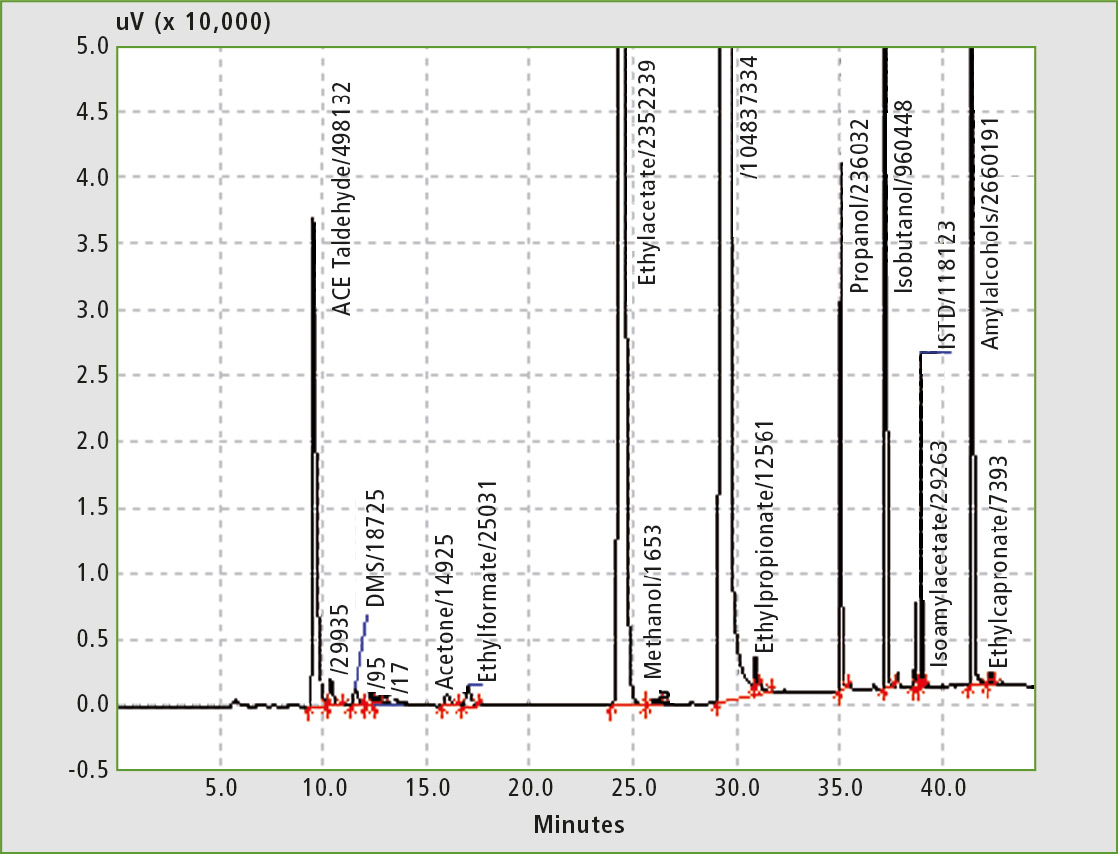 Figure 3: Analysis of esters etc. in a standard 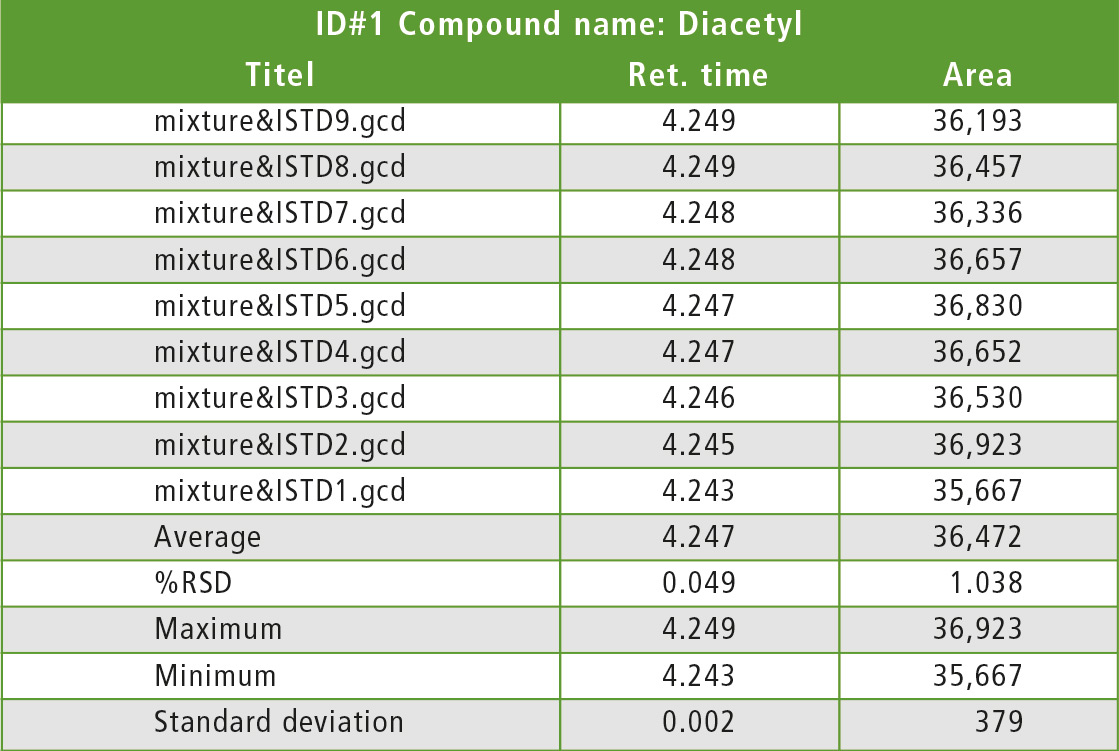 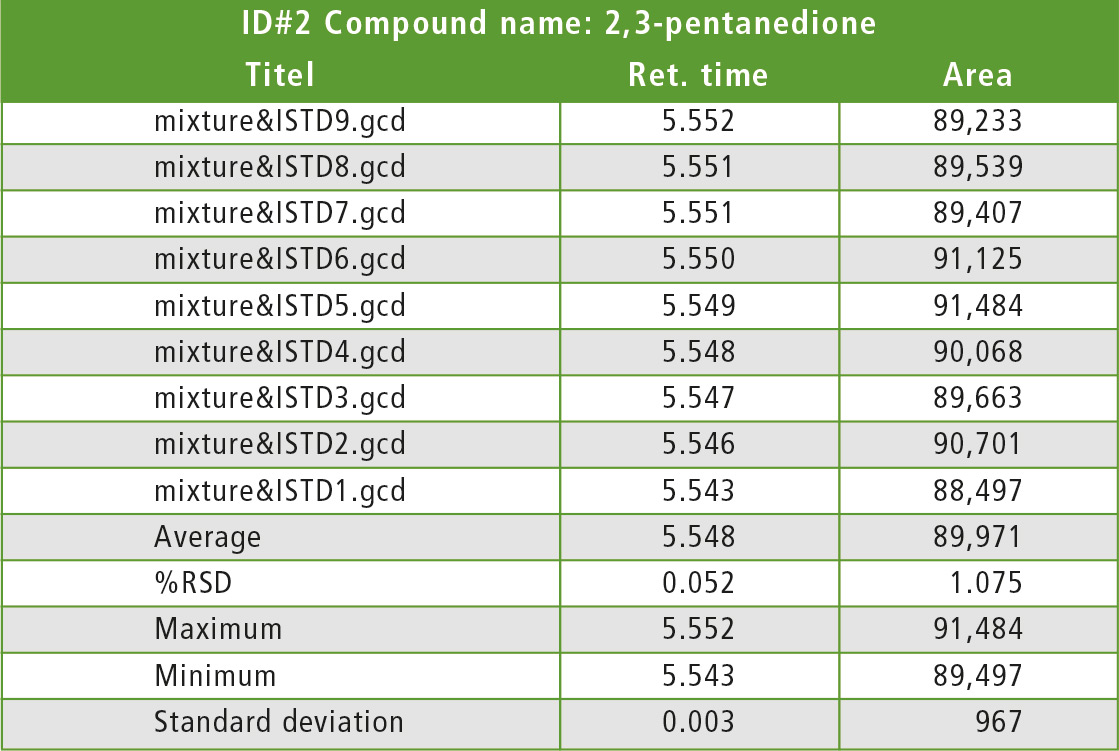 The headspace-GC technique is a fast and reliable method for routine analysis of odor compounds in beer. Due to minimum sample pretreatment, high sensitivity and excellent repeatability of the Shimadzu GC-2010 Plus gas chromatograph and Shimadzu AOC-5000 autosampler, it was quite easy to implement it in the Quality Control procedure of a large brewery plant in Greece.

This application can be done in the same way using the new Nexis GC-2030.