An international collaborative research team led by the Japanese National Center for Geriatrics and Gerontology (NCGG), Koichi Tanaka Mass Spectrometry Research Laboratory at Shimadzu Corporation, and the Australian Imaging, Biomarker and Lifestyle Study of Aging (AIBL) groups has established a highly sensitive blood test able to identify individuals at risk of developing Alzheimer’s disease. (The research also involved collaborators at The University of Tokyo, Kyoto University, Kindai University, and Tokyo Metropolitan Institute of Gerontology.) The results have been published online, on 31 January 2018, in Nature, one of the world’s leading scientific journals. 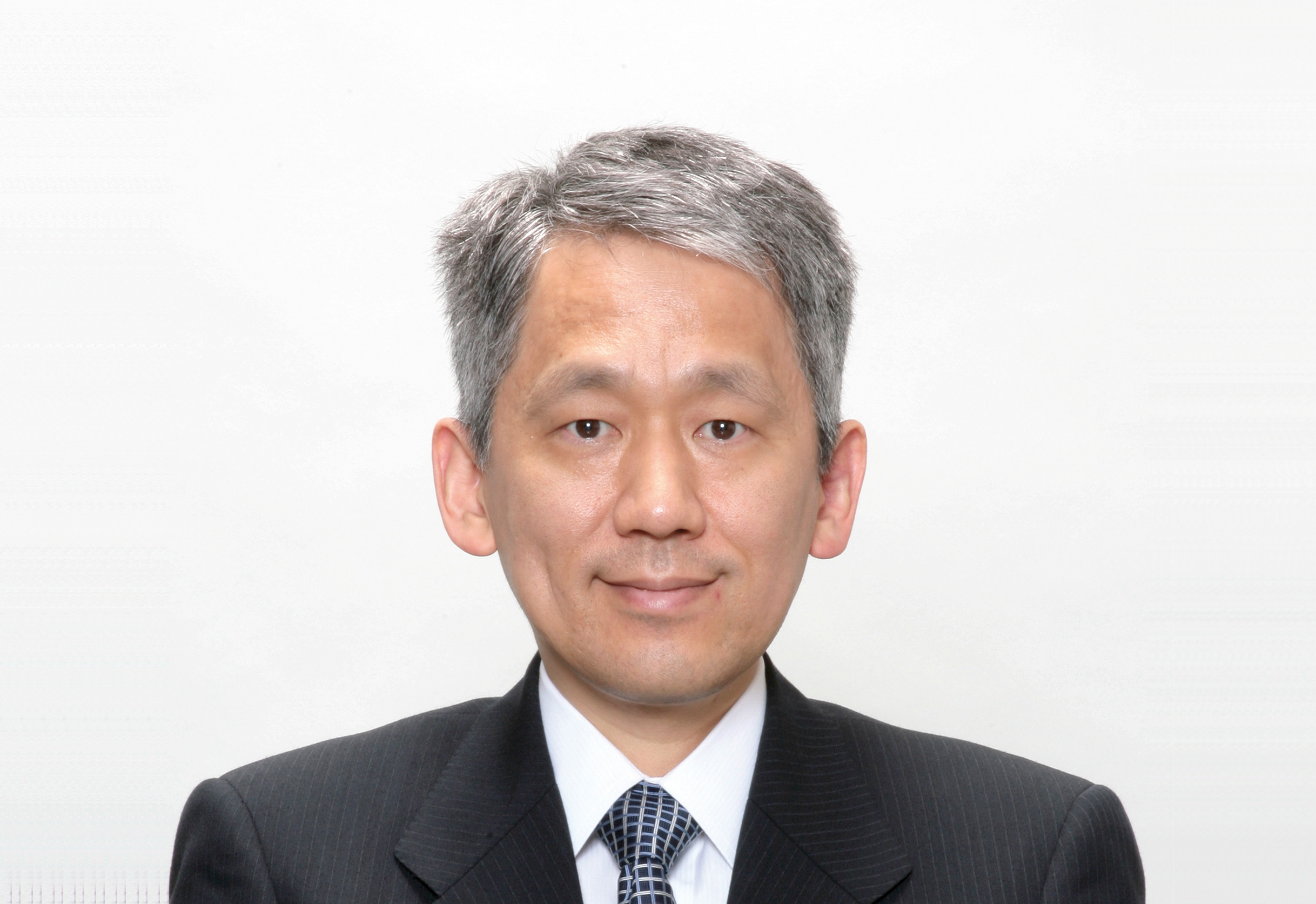 Koichi Tanaka at Shimadzu Corporation, who achieved the Nobel Prize in Chemistry in 2002 for developing a method for mass spectrometric analyses

One of the essential pathological signatures of Alzheimer’s disease is deposition in the brain of an abnormal protein, called Ab-amyloid (Ab). About three decades before the onset of dementia symptoms, the deposition starts silently, without any sign of cognitive abnormalities. It is estimated that about 20-40 % of the general elderly population have a significant Ab burden in their brain. While the Aβ deposition does not necessarily mean a fast progression to Alzheimer’s dementia, these individuals are considered to be “at risk” of developing Alzheimer’s disease at some future point. The new blood test can identify individuals with abnormal Ab deposition in the brain,with about 90 % accuracy.

“Currently, only positron emission tomography (PET) imaging or cerebrospinal fluid testing are available to ascertain brain Ab burden, however, these tests are expensive and/or invasive” says Akinori Nakamura, Laboratory Chief at NCGG. “Therefore, a minimally invasive and cost-effective blood test is strongly desired; however, it has proven to be very difficult to develop despite much research effort. Our study is important because it not only demonstrates the high performance of this blood test, but also its reliability and reproducibility as it was successfully validated in two independent large datasets from different countries, Japan (121 samples) and Australia (252 samples).”

One key point for their success is that the test employed a new method called immunoprecipitation and mass spectrometry (IP-MS). “From only 0.5 mL of a blood sample, the IP-MS method can quantitatively measure several Ab-related peptides, such as Ab1-42, Ab1-40, and APP669-711, in plasma, even though their concentration in plasma is extremely low. We found that the ratio of these peptides, APP669-711/Ab1-42, Ab1-40/ Ab1-42, were an accurate surrogate for the brain Ab burden. This technique was established by our colleague Naoki Kaneko, who also first found APP669- 711 in plasma,” says Koichi Tanaka at Shimadzu Corporation, who achieved the Nobel Prize in Chemistry in 2002 for developing a method for mass spectrometric analyses. 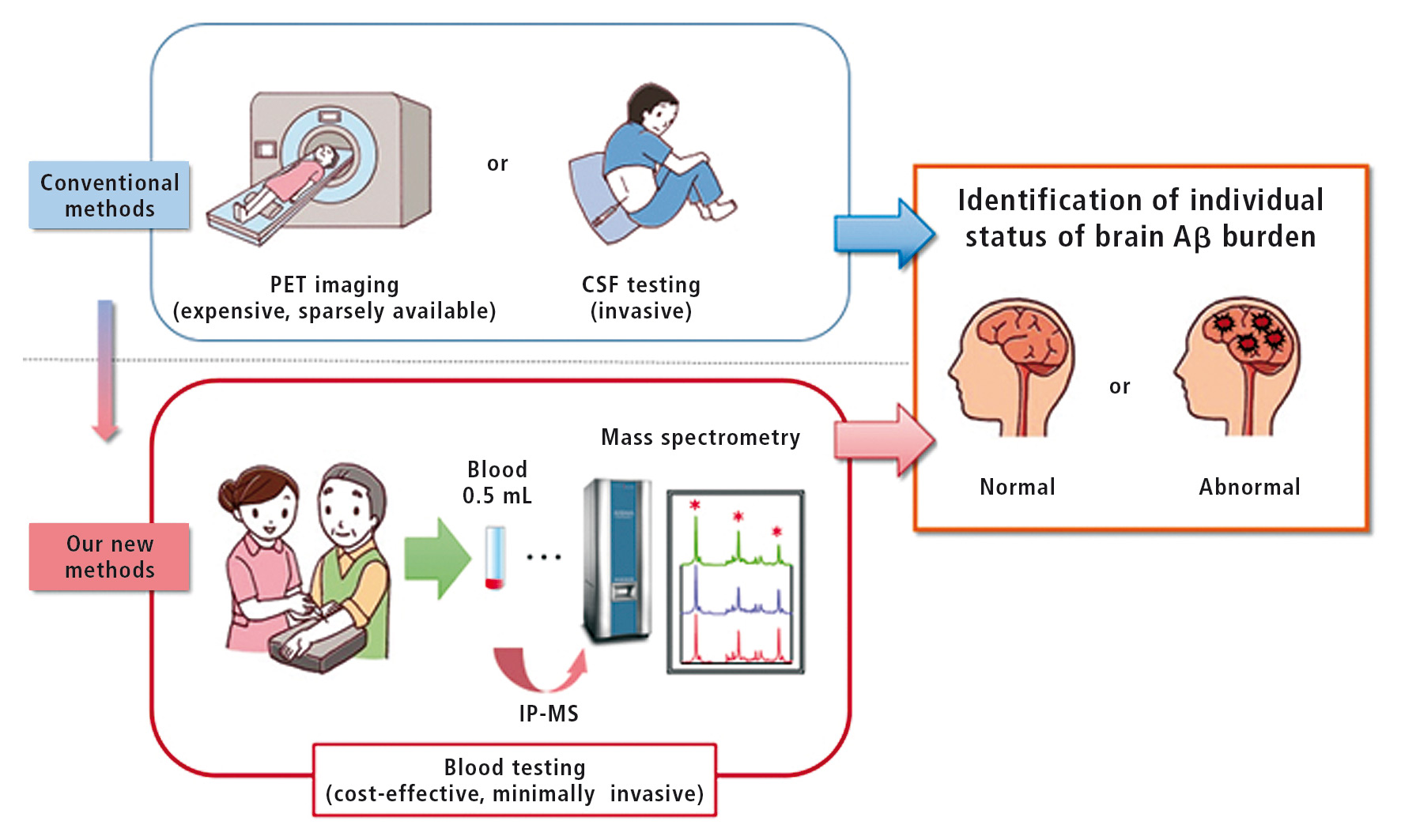 “Scientists at Shimadzu Corporation will need to scale up the test so that it can be widely used, but once this issue is resolved, this new test has the potential to eventually disrupt the current PET/CSF technologies. In the first instance, however, it is likely to be used for screening,” says Colin L. Masters, Professor at the Florey Institute, The University of Melbourne, who led the AIBL project.

“Our blood test may also have a transformative potential to facilitate the development of effective drugs for Alzheimer’s disease,” says Katsuhiko Yanagisawa, Director-general of Research Institute at NCGG. He continues, “Although drugs for Alzheimer’s disease are still under development, the best chance for the efficacious interventions are considered to be before the onset of the dementia symptoms. Our blood test is expected to enable population-based screening to identify “at risk” individuals to be recruited in preclinical and prodromal prevention trials with reasonable cost-benefit and scalability.”

Authors of the article, published in Nature: