The fully automated process presented in this article is based on headspace sampling with subsequent gas chromatographic separation of the components. A helium plasma is used for detection, achieving a detection limit of less than 0.2 mg/L.

Formaldehyde (systemic chemical name according to IUPAC: methanal) has the shortest chain length of all aldehydes. With a molar mass of 30.03 g/mol and a boiling point of -19 °C, this gas is highly soluble in water. Originally, formaldehyde was used mainly as a preserving agent. The use of formaldehyde as a component in wood adhesives increased significantly, for instance in furniture making and interior construction.

Formaldehyde has been classified as category 1B according to the CLP regulation as of June 2014. The potential hazard is therefore classified as ‘probably carcinogenic to humans’ [1]. Today, formaldehyde is a widely used chemical. It is used as starting material for various polymers, to treat clothing, and it serves as a preserving agent in various products.

Due to formaldehyde’s toxicity, there are defined limit values for all application areas that should not be exceeded. Various methods have been established to control these limit values. The method presented here does not include the otherwise typical derivatization step. The sample is simply transferred to a headspace vial and hermetically sealed. In the subsequent step, the sample is incubated at 80 °C for 20 minutes.

An equilibrium is reached between the aldehyde concentration in the liquid and gas phase according to the partition coefficient. The autosampler withdraws 1 mL of the gas phase and transfers the volume onto the gas-chromatographic separation column.

A complete separation of the air and water peaks is critical for quantification of the formaldehyde. In addition to formaldehyde, this method is also suitable for measuring other analytes within one step, such as longer-chain aldehydes (shown here up to butyraldehyde).

Detection is carried out using a barrier ionization discharge detector (BID) from Shimadzu (figure 1). The BID operates with a helium plasma that ionizes the sample. The ionization energy is so high (17,7 eV) that virtually all substances are detected and the detector , can therefore be considered to be universal (with the exception of helium and neon). 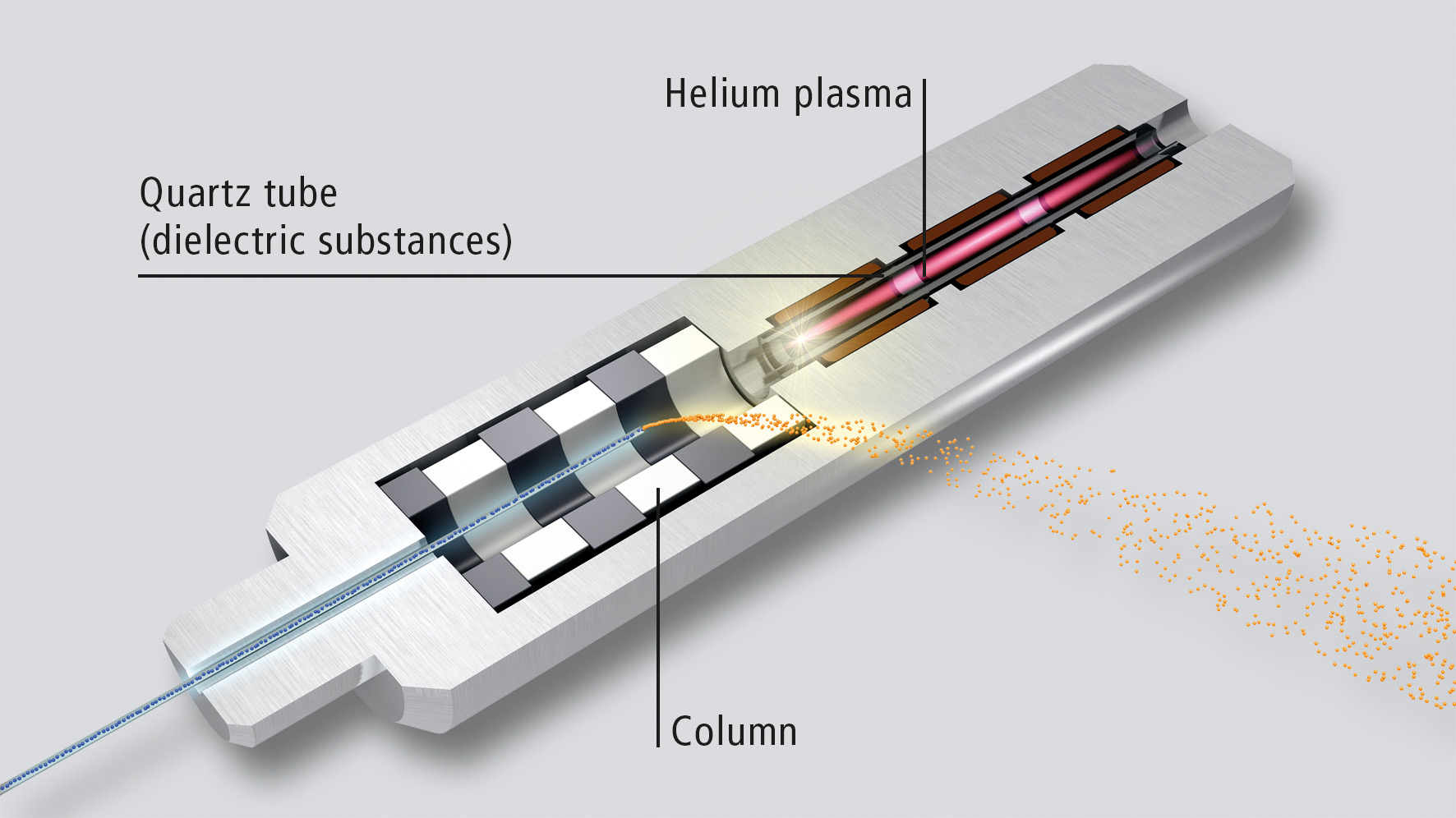 Figure 1: Schematic representation of the BID detector. A helium plasma is generated in the upper zone (shown in red). The emitted photons ionize the sample (lower zone). The sample cannot reach or contaminate the plasma zone due to the inner flow architecture and flows sideways.

Two new designs make this detector extremely robust and maintenance-free. On the one hand, the helium plasma is shielded from the electrodes by a dielectric barrier, preventing them from being attacked by the plasma. On the other hand, the flow architecture separates the plasma generation zone from the ionization zone (figure 1).

This prevents possible contamination of the plasma by the sample. To check the suitability of the detector for formaldehyde detection, a concentration range of 0.5 to 50 ppm of the aldehyde in water was calibrated. A 30 mm Shimadzu Rt-U-Bond PLOT column with an internal diameter of 0.53 mm and film thickness of 20 µm was used as a separation column. Details of the measuring method are summarized in table 1. 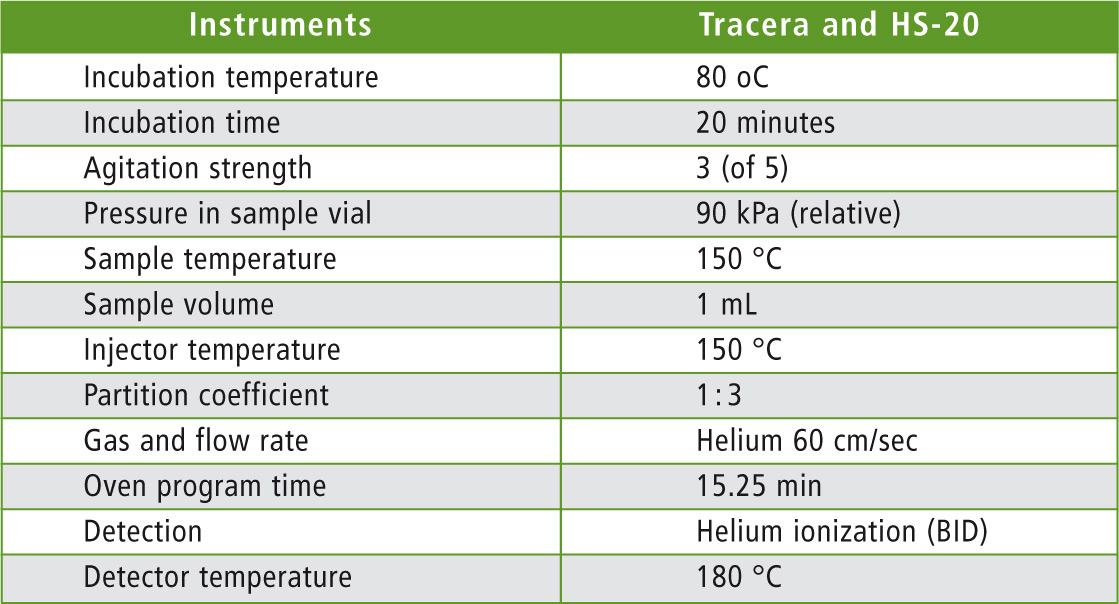 Table 1: Details of the instrument and method parameters

The result of these measurements is presented as a chromatogram (figure 2). Measurement took about 15 minutes. Formaldehyde was separated sufficiently from the air and water peaks – a prerequisite for accurate quantification. Formaldehyde eluted after about 1.5 minutes. The detection limit of this method was 170 µg/L (ppb) for formaldehyde. Longer-chain aldehydes can be detected at a significantly higher sensitivity due to the increased detector response. 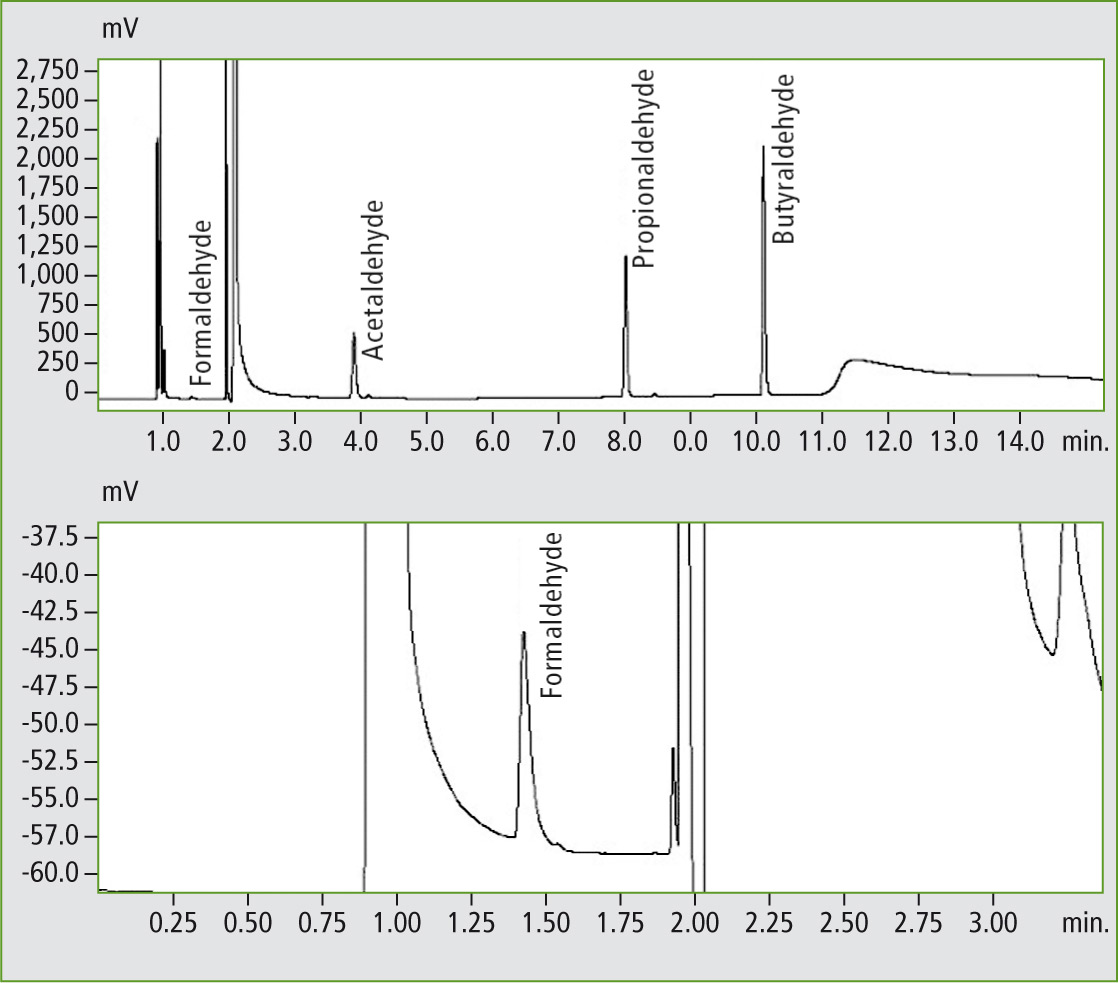 Figure 2: Chromatogram of the standard solution with 10 ppm (above). Below is a section of the same chromatogram for the formaldehyde peak at about 1.5 minutes.

Details of the statistical evaluation (correlation coefficient, rel. standard deviation and method detection limit (MDL)) for the individual components can be found in table 2. The relative standard deviation is, with 6.6 % at a concentration of 0.5 ppm for formaldehyde, somewhat higher than for the other components.

Table 2: Statistical data of the method. Correlation coefficient of the calibration, relative standard deviation at a concentration of 0.5 ppm, as well as the calculated detection limit of the investigated components

This is due to the fact that because of the constant background, it is a challenge to create a formaldehyde-free sample. Moreover, formaldehyde is so volatile that sample preparation is a critical step in which analyte can easily be lost. Lastly, the chromatographic separation also plays a role. As can be seen in figure 2 (below), the formaldehyde peak sits on the shoulder of the air peak, which somewhat deteriorates the precision of the peak area calculation.

The method is highly suitable for determination of formaldehyde as well as other short-chain aldehydes, without requiring any further sample preparation steps. By combining the HS-20 headspace autosampler with the BID detector, all steps are fully automated, making the analysis robust and simple. Reproducibility is very good, while the detection limit is outstanding.