It is hazardous to health, it is genotoxic and carcinogenic. It is one of the most dangerous substances in food: Aflatoxin B1. Of all types of aflatoxins, Aflatoxin B1 is the most common one present in food products [1]. It is part of mycotoxins, which are secondary metabolites produced by fungi [2]. Analysis of mycotoxins in food is therefore essential in order to assure healthy nutrition for humans and animals.

Aflatoxins are produced by fungal molds of the Aspergillus species, which prefer a warm and damp climate. They are often associated with commodities produced in the subtropics and tropics, like peanuts, cotton, spices or pistachios. Furthermore, they can be produced by fungal infestation during or after harvest of grain and can end up in processed products such as beer, brewed from malt.

Mycotoxins are not destroyed by temperature treatment, and are barely influenced by cooking, freezing or digestion. These properties make the investigation in food crucially important as consumers need to be protected from these toxic substances. Sensitive methods for the analysis of mycotoxins are required. 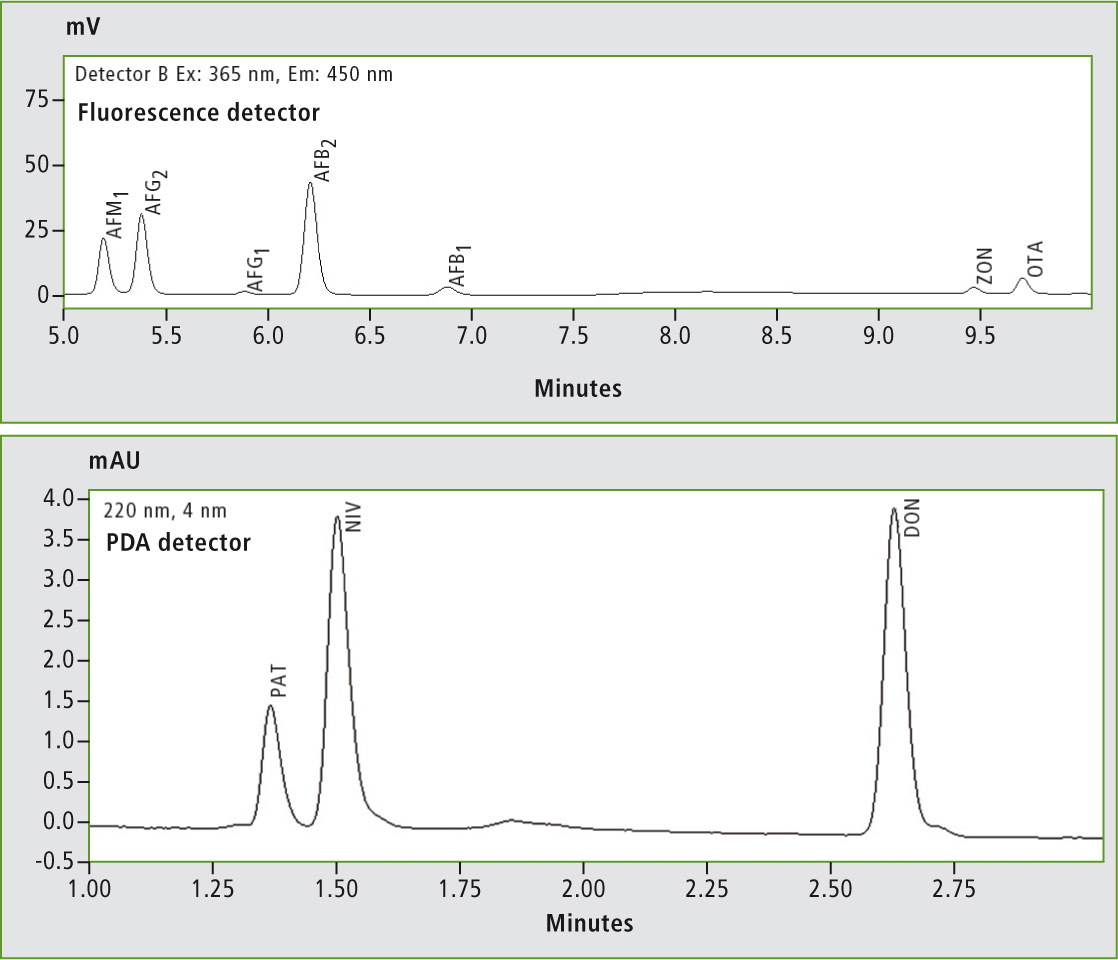 The Shimadzu “Mycotoxin Screening System i-Series Solution Package“ is a one package single solution. The system simultaneously investigates ten different mycotoxins in only 14 minutes. This i-series instrument specializes in identification of mycotoxins in grain, such as wheat flour and rice flour, as well as in apples and milk. Sample preparation, analysis and evaluation are easy comprehensible, explained progressively, and represent an easy-to-use solution for users.

Neither in-depth analytical nor chromatographic knowhow are necessary to operate the system. An additional benefit is the combination of a fluorescence detector with a PDA detector (Photo Diode Array). This prevents a complex derivatization, and the mycotoxins can be identified easily and efficiently.

Investigation of mycotoxins in juice and beer

Two batches of beer, apple juice and grape juice were the object of this investigation. The samples were prepared as non-spiked or spiked with mycotoxins. 4 g of the beverages were mixed with 21 mL acetonitrile. The mixtures were cleaned with a multifunctional column (MultiSep 228, cartridge type). 4 mL of the elution were collected and evaporated to dryness with nitrogen gas. The samples were then re-dissolved in a 400 µL water/acetonitrile (95/5, v/v) solution and used directly for analysis. A standard mixture containing ten different mycotoxins (AFB1, AFB2, AFG1, AFG2, AFM1, OTA, ZON, DON, NIV and PAT) was prepared.

A batch was created with the calibration standard and the food samples, and the results show if the peaks of the mycotoxins in the food samples were below or above the criteria.

In this study, all measured samples (apple juice, grape juice and two batches of beer) either contained no mycotoxins or were in a range far below the EU criteria. The same, spiked samples showed mycotoxin concentrations above the EU criteria.

For all mycotoxin standards, LODs and LOQs were determined as shown in table 2. Limit of Detection (LOD) and Limit of Quantitation (LOQ) were low and at least half of the EU maximum residue limits. 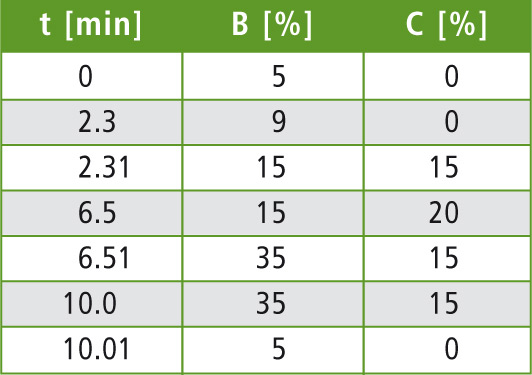 Figure 3 compares the different beer batches. The beer sample of batch 2 showed small peaks for AFG2, AFB2, AFB1, and OTA. Even though the concentration of the mycotoxins is far below the EU maximum residue limits, this is a clear indication of the presence of mycotoxins in the beer of batch 2.

The limits of detection (LOD) as well as the limits of quantification of each mycotoxin have been defined and are listed in table 3. According to the regulations of sample preparation, LOD and LOQ are below the EU maximum residue limits.

Table 3: Absolute LODs and LOQs of the mycotoxins, determined using fluorescence and PDA detection. Error for the LOQs was below 10 % for all analytes.

The level of these mycotoxins was below the European regulation. The results show that different batches of the same beer show differences in mycotoxin content. Within this study, a fast, safe and easy method was shown for the analysis of mycotoxins in beverages. A further advantage, especially for food quality control analysis, is the simultaneous separation of all ten mycotoxins in just 14 minutes.