Colorful packaging – with big know how 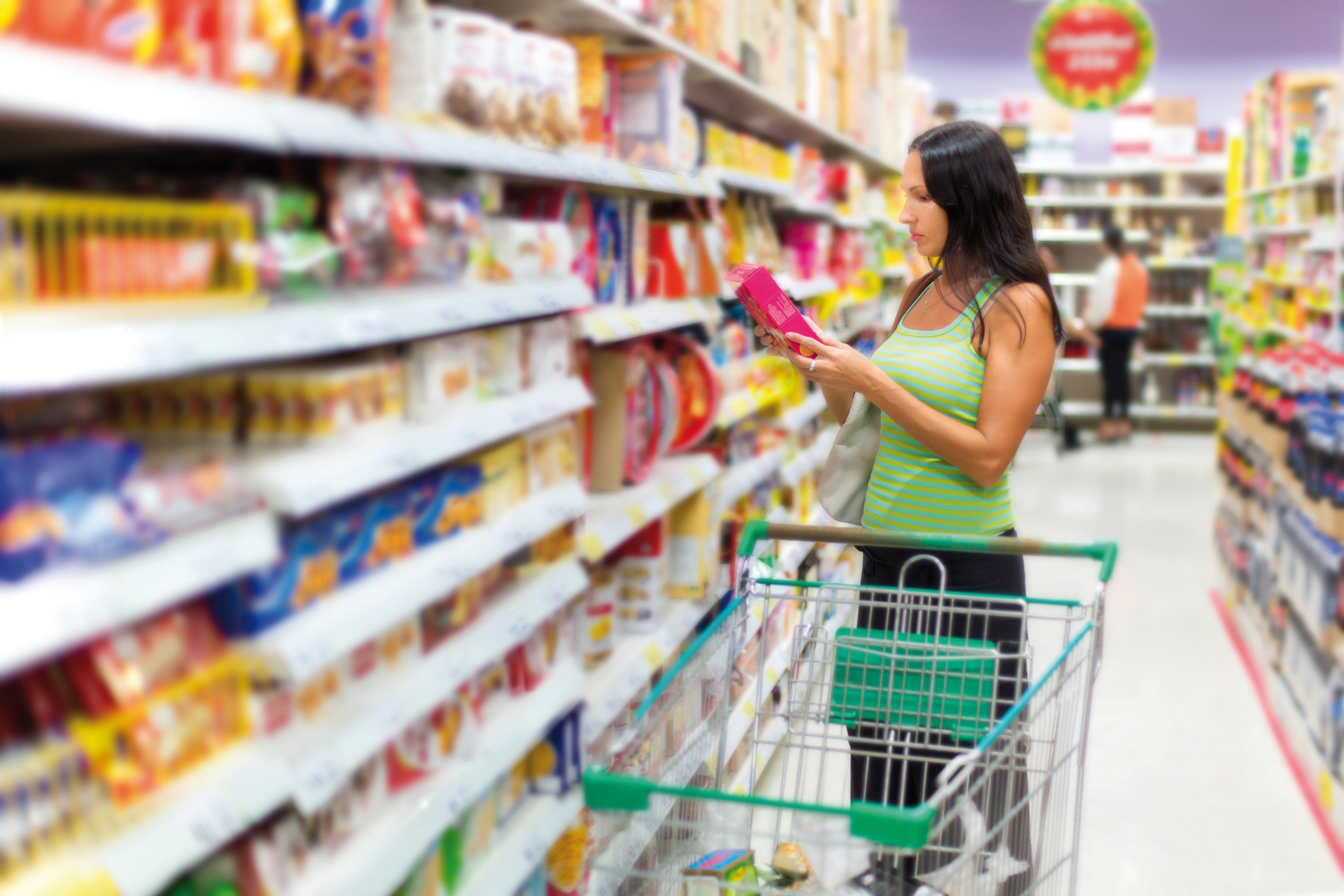 Plastic packaging is used for all types of food, although not all packaging materials are the same. Food packaging must meet many requirements specified by producers and consumers. The main purpose of food packaging is to protect foods from harmful environmental influences such as light, oxygen and microbial decay to ensure a long shelf life. Safety, transport properties and recyclability play an important role as well. Apart from this, however, packaging also serves as an advertising space and should be both appealing to the consumer and easy to handle.

In order to meet these various requirements, food packaging materials are increasingly complex in structure [1].

The analysis of transparent, colorless plastic packaging materials used in the food industry was discussed in the Shimadzu News 3/2016 (page 6-9). This study focused on the analysis of 32 different packagings of different origin using FTIR spectroscopy. The measuring technology applied allowed a non-destructive analysis of surfaces of up to 2 µm layer thickness.

The present article focuses on the investigation of food packagings and their printed information including for instance, company logos, product information and marketing-relevant designs.

A total of 50 samples were analyzed, among which were two different categories of packagings, each revealing different types of printed information: 1. surface prints
2. under-surface prints

In the first step, the plastic composition of all samples was determined using FTIR spectroscopy. The absorption was measured using Shimadzu’s IRTracer-100 equipped with a diamond ATR unit. This method is based on the fact that the IR beam penetrating into the sample leads to attenuation of the intensity of the reflected light compared to that of the incident light.

Selected colored areas larger than 1 cm were subsequently analyzed using the EDX-8000P specifically for the presence of inorganic components, which are frequently used in pigments and fillers. Energy-dispersive X-ray fluorescence analysis makes it possible to determine elements from carbon to uranium while also accurately detecting concentrations in the lower ppm range. The analysis is non-destructive and, just like FTIR spectroscopy, requires no sample preparation.

A total of 199 IR spectra and 60 EDX spectra were recorded in the course of these analyses. As an example, the analysis results for ten selected samples are presented in table 1. Samples for which the main components could not be unequivocally identified are designated as ‘unknown’.

A detailed look at a sample

As an example, sample no. 01 will be further discussed below. It is a film imprinted with three colors of ink, serving as the outer packaging of a chocolate bar. Spectra of the colored areas on the outer surface of the film were measured using the IRTracer-100. 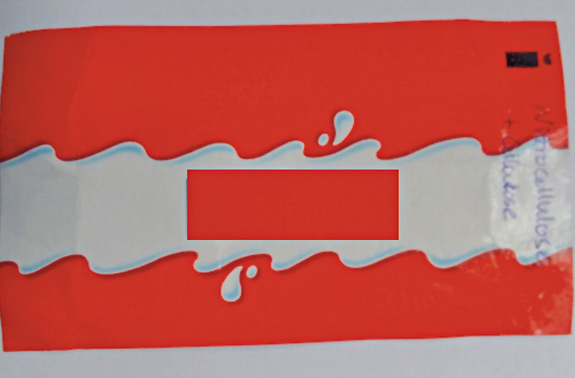 The spectra in figures 2 and 3 suggest that the outer surface of the film contains imprinted cellulose fibers. In addition to the cellulose fibers, the spectrum of the red imprinted area also points to the presence of cellulose nitrate. This compound is often applied as a binder for liquid printing inks that are used for imprinting packaging materials. Therefore, the red color is a surface print. 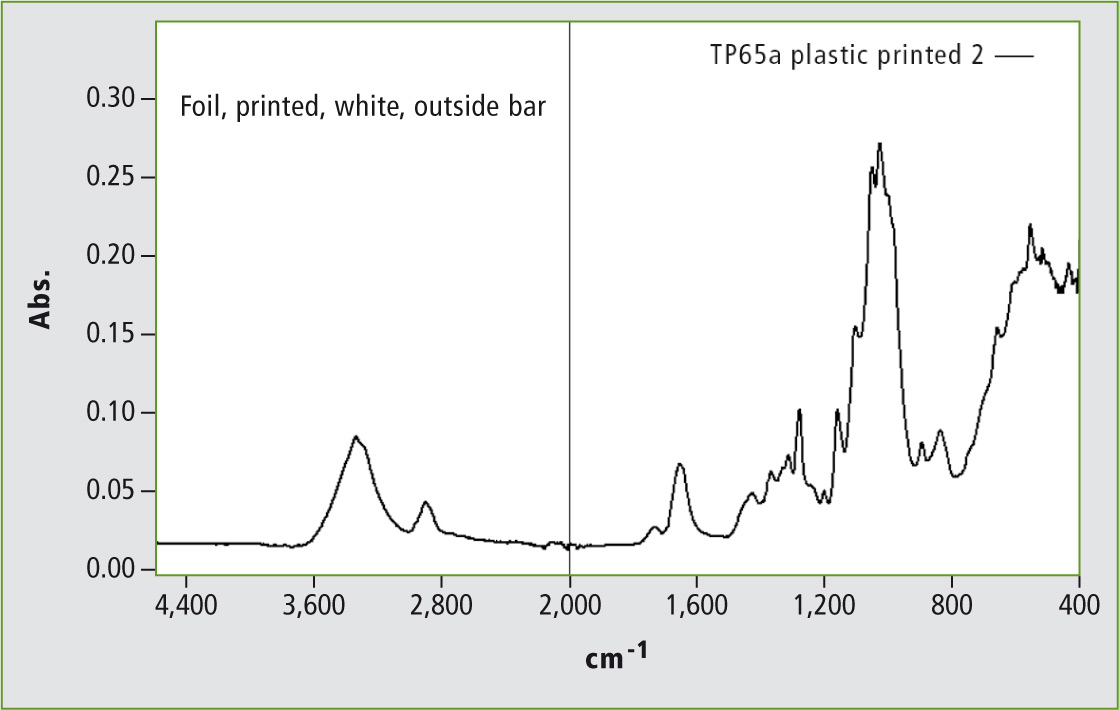 Figure 2: FTIR spectrum of the white layer of sample no. 01: cellulose 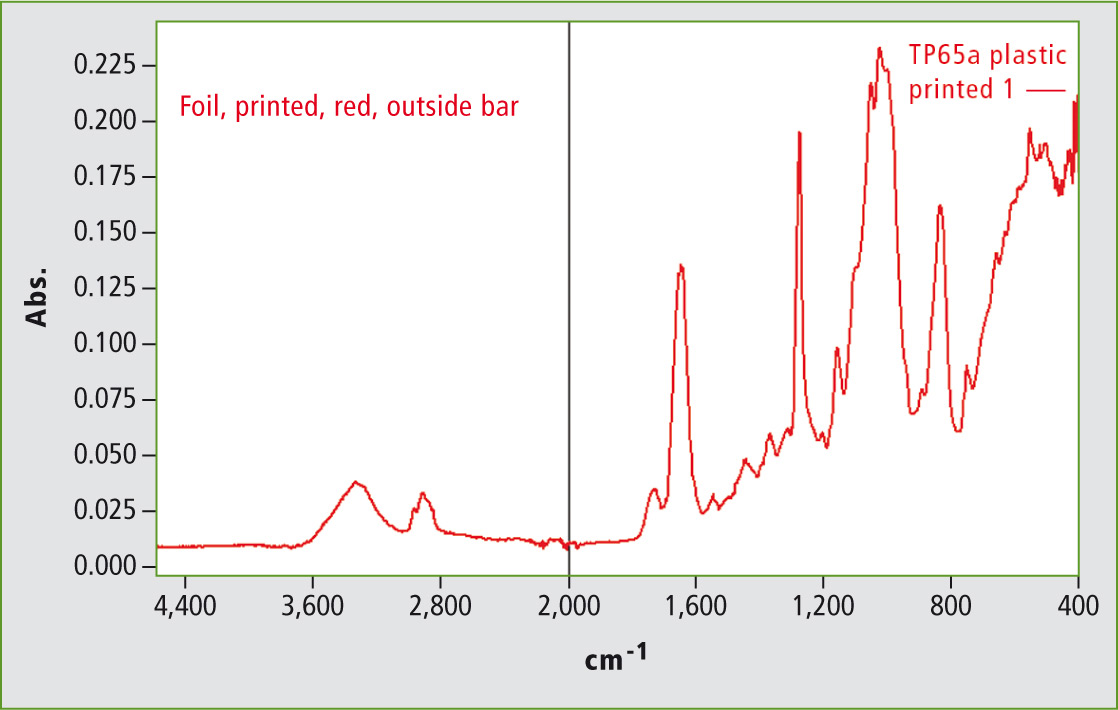 Figure 3: FTIR spectrum of the red imprinted layer on the external surface of sample no. 01: cellulose nitrate/cellulose

In the second step, EDX analysis is used to draw conclusions on the element composition. The red area on the film was examined first, followed by the back side of the film. As can be seen in figure 4, the film does not contain any significant amounts of metals, meaning that the red ink is an organic compound.

Subsequently, the metal film on the inner surface of sample no. 01 was examined. The film was separated from the glued-on cellulose fiber layer and analyzed separately. Since the metal film consists of the light element aluminum, the spectrum was recorded in the vacuum with an excitation energy of 15 kV. This prevents absorption of X-ray fluorescence radiation by air and increases the intensity of the aluminum signal. 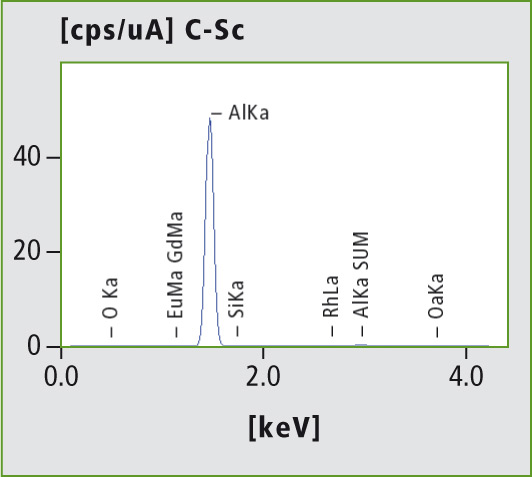 In addition to aluminum, there are, however, also large amounts of iron that could be detected at an excitation energy of 50 kV.

It is important to ensure that foods are not contaminated with aluminum as this poses a health risk (see paragraph: Health risks resulting from aluminum?).

Among the 15 samples with surface prints, nine samples contain cellulose nitrate. The other printing inks contain, in some cases, acrylate, polystyrene or other not yet identified components. Figure 6 presents an overview of the imprinted packagings of the 50 samples investigated. The non-identified components are not shown.

Figure 6: Prevalence of various polymers in the tested samples

Of the 50 packagings investigated, 17 are composed of two or more main components. It should be noted that only surfaces with a layer thickness of 2 µm were being investigated. It cannot be ruled out that further components may be identified upon investigating cross sections of packaging films. Conversely, this means that recycling of polymers represents a real challenge because of the complexity of packaging materials.

Inks used for imprinting cardboard and plastic food packagings have long been the focus of analytical control labs because harmful substances in printing inks can migrate into packaged food products. In accordance with the relevant regulations, materials that come into contact with foods may not contain any substances or components that can migrate into foods in harmful quantities. Packaging materials must also not lead to any unacceptable changes in the food or cause any odor or taste impairment.

Food contact materials must, therefore, be produced according to good manufacturing practice [3].

Today, harmful substances are found in a multitude of foods that can be introduced into the foods along the entire production and retail chain. Possible sources are primarily packaging materials, but also fuels, exhaust gases, lubricating oils, dust-binders, anti-sticking agents and many more.

The multitude of contamination sources present great challenges for the analysis and quantification of harmful substances in foods. According to the Switzerland-based health website (“German: Zentrum der Gesundheit”) about 100,000 substances migrate from packaging to foods [4].

Aluminum can enter the human body via drinking water as well as via foods and their packagings. Aluminum, distinguished by its light weight, is used in beverage cans and canned foods, caps for glass bottles, Tetra Paks, packagings for ready-made meals and foils to protect foods from environmental influences. A disadvantage is, however, that under the influence of acidic beverages such as fruit juices and caffeine-containing soft drinks, but also salt, aluminum is soluble and can migrate into foods and beverages.

Aluminum is suspected of causing kidney damage, having a negative impact on bone development and is associated with cancer and Alzheimer’s disease. Qualitative and quantitative analysis of aluminum in food packagings can be carried out using Shimadzu’s EDX-8000P energy-dispersive X-ray fluorescence spectrometer.

FTIR enables surface analysis of all types of packaging materials. EDX complements FTIR identification and is suitable for detection of critical substances, for instance RoHS elements. Both FTIR analysis and EDX spectroscopy allow non-destructive and fast analysis of the plastic materials.

The present studies have focused on transparent, colorless and imprinted food packagings. Non-transparent, colored packagings will be addressed in following investigations, in which harmful substances such as heavy metals and organic substances like mineral oils are analyzed. Mineral oils residues can be differentiated into mineral oil saturated hydrocarbons (MOSH) and mineral oil aromatic hydrocarbons (MOAH), which are suspected of causing organ damage or cancer.

Mineral oils can migrate directly into foods from freshly ink-printed paper and plastic packagings, especially when the packagings are imprinted.

The analysis of MOSH/MOAH contamination in foods and food packagings is performed using chromatographic methods like the HPLC-GC-FID method described in the draft version of DIN EN 16995:2016-05 [4].

This method will be discussed in a subsequent article in the Shimadzu News 2/2017.