Just like its successful predecessor, the PY-2020iD, this new pyrolyzer is based on the proven vertical micro furnace pyrolysis technology. The new design of the pyrolysis/GC interface contributes to the increased heating and cooling rates and improved thermal stability, leading to higher productivity and improved reproducibility.

The wide range of new accessories opens up new potentials for the analysis of polymers. In addition, these sample introduction systems offer increased application possibilities including the analysis of weathering products. 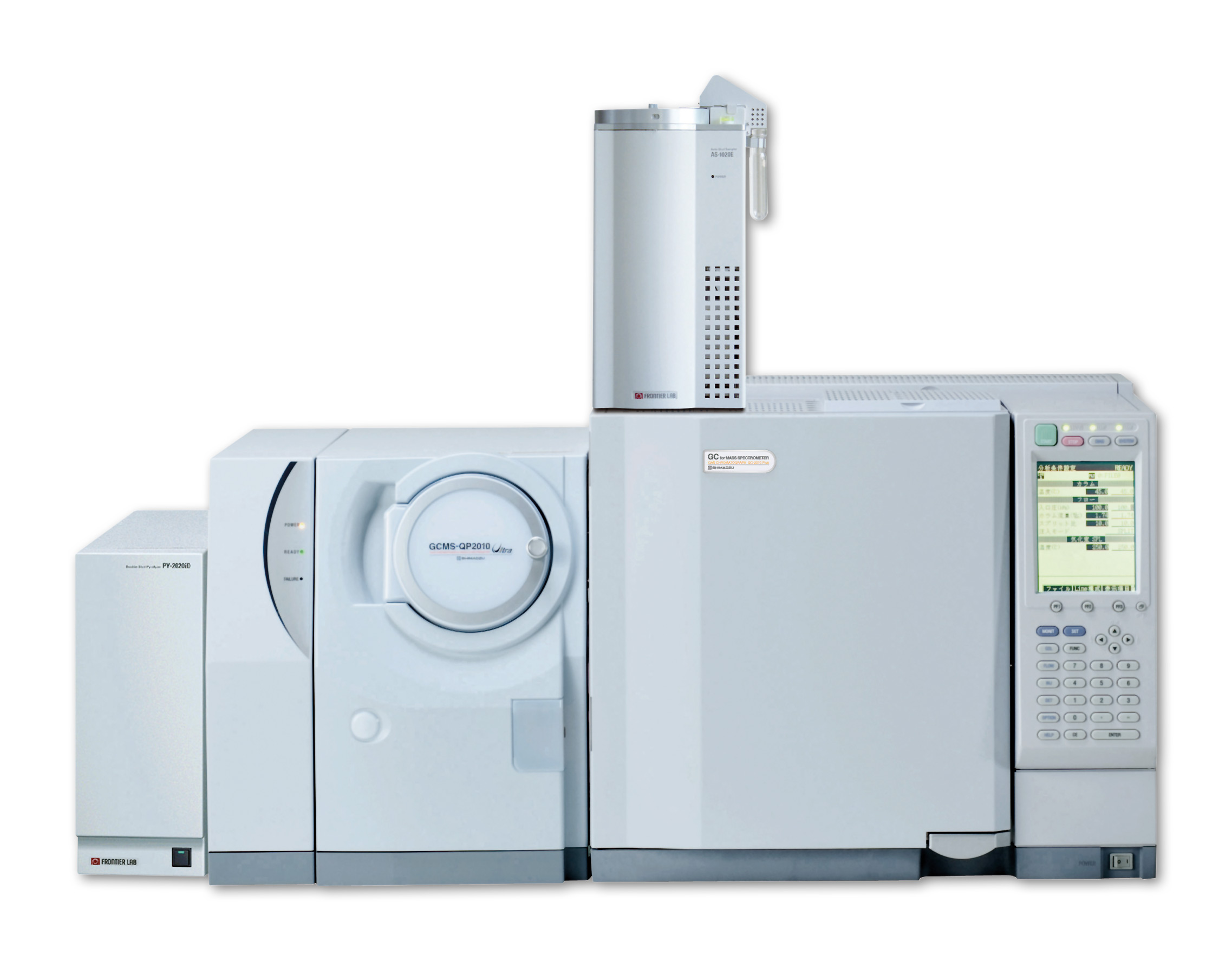 Sample throughput is often limited by the cycle time of the furnace. A reduction in time between individual sample measurements can significantly increase sample throughput. Due to the low thermal mass of the new ceramic furnace, it has been possible to substantially reduce heating and cooling times. While the predecessor model PY-2020iD needed approximately 14 minutes to heat the pyrolysis furnace from 50 °C to 600 °C, the new pyrolyzer needs just four minutes.

Cooling is also fast, decreasing time to next sample measurement by a factor of three, corresponding to a saving in time of 66 percent. This vastly improved productivity particularly benefits users carrying out routine measurements using the EGA (evolved gas analysis) method.

For the EGA method a short column (2.5 m x 1.5 mm ID, no stationary phase) is installed into the GC. The sample is heated in the pyrolysis furnace using a temperature program over a wide temperature range, e.g. from 50 °C up to 600 °C. The temperature of the GC oven is kept at 300 °C for the complete run, so no chromatographic separation takes place. In fact, the result is a curve displaying the intensity of a signal as a function of the pyrolysis temperature. For this purpose, the pyrolysis furnace needs to switch repeatedly between temperatures, whereby cooling from the maximum temperature down to the initial temperature (e.g. 600 °C down to 50 °C) can take up to 30 minutes. With its new high-performance cooling fan, the ceramic furnace of the PY-3030D now needs an astonishing eight minutes. In this way, significantly more samples can be measured in the working day. Productivity can be increased even further using the AS-1020E autosampler with its sample carousel accommodating up to 48 sample cups.

The temperature stability of the ‘stand-by position’ should not be ignored. The sample is located here between desorption and pyrolysis in the double-shot technique. Up to 600 °C, the PY-3030D maintains temperatures at less than 50 °C for the stand-by position which increase minimally, even at higher pyrolysis temperatures (800 °C – 1,000 °C). In addition, optimized rinsing of the sampler with carrier gas after a new sample has been introduced ensures higher reproducibility. Water and air are removed quickly and effectively from the system.

The design of the interface between pyrolyzer and gas chromatograph has also been revised and the maintenance procedure has been simplified, in particular the exchange of pyrolyzer liners.

Micro-UV irradiator (photothermic, oxidative degradation)
The sample is irradiated with a xenon lamp in the pyrolysis furnace at any desired temperature. The emitted UV-light is approximately 2,000 times more intense than light from a deuterium lamp. In this way, it is possible to simulate weather-dependent degradation processes of synthetic materials and other polymers, while processes that often take weeks can now be reduced to a few hours. This configuration is complemented by an additional gas or air supply, so that the degradation processes can take place under oxidative conditions. The irradiated sample is subsequently analyzed for modifications via pyrolysis. Using a CryoTrap, highly volatile degradation products formed during irradiation can be trapped and additional information on the degradation processes can be obtained.

Online micro-reaction sampler
Using ‘reactive pyrolysis’, polar degradation products such as fatty acids, small organic acids or alcohols leading to small, broad and severely overlapping peaks on a non-polar standard pyrolysis column, can be esterified in the sample cup. The reaction products formed are separated on the GC column which can be detected in a mass spectrometer. Sample and reagent are placed in a glass vessel; the glass capsule is melted shut and placed in the appropriate sampler. By means of the sampler the sealed vessel is transferred into the pyrolysis furnace and the reaction takes place at a predefined temperature. After the preselected reaction time, the sampler opens the sealed glass capsule and the carrier gas purges the reaction products onto the GC column.

The new accessories and the new maximum temperature of the PY-3030D pyrolyzer offer completely new application possibilities, such as irradiation of a sample with UV-light or high-temperature pyrolysis. Optimized temperature control ensures increased reproducibility of pyrolysis data, especially at higher temperatures. In addition, the outstanding performance of the GCMS-QP2010 SE contributes to the excellent reproducibility of the data. While Pyrolysis GCMS is a versatile method for the analysis of polymers, it is often rather time-consuming. Analysis time and hence productivity of the system can be drastically improved by the increased heating and cooling rates.