Necessity of chromatography in the study of secondary metabolites of cyanobacteria

Necessity of chromatography in the study of secondary metabolites of cyanobacteria 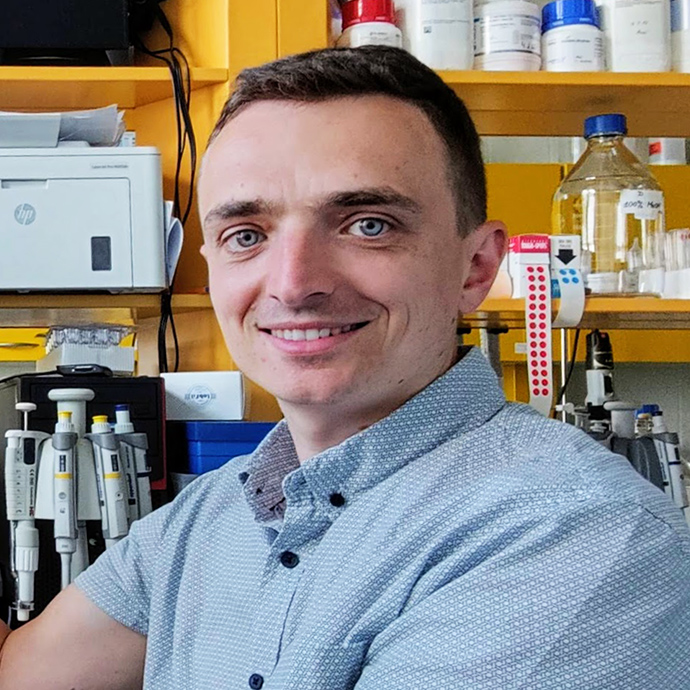 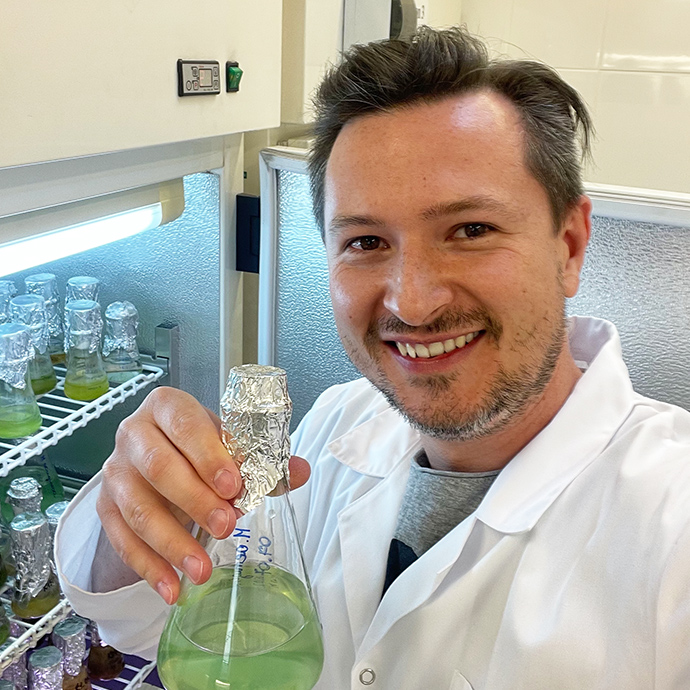 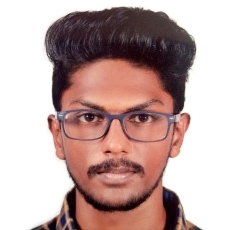 Cyanobacteria can be found in virtually all habitats worldwide. Their amazing success in adapting to such diverse habitats can be attributed to a very long-standing evolutionary history and ability to synthesize various secondary metabolites. These fascinating microorganisms still keep their secrets from us, which we try to discover in the Laboratory of Metabolomics at Jagiellonian University in Krakow.

Cyanobacteria or the unwelcomed side effects of human civilisation

Especially in summer and autumn, when people take a vacation by the water, massive phytoplankton, also known as blue-green algae, grows in freshwater affecting aquatic life. This phenomenon is becoming more and more common all over the world and is directly related to human activity. Agriculture, industry and urban agglomerations release additional compounds into the water such as nitrogen, phosphorous, organic biomass, which can progressively enrich the water body in nutrients and finally cause eutrophication. Such a nutrient-rich environment causes the growth of autotrophic microorganisms like cyanobacteria, which are very often the dominant organism in phytoplankton at that time.

Cyanobacteria are a unique and very interesting group of prokaryotes. They are one of the oldest organisms known on Earth – almost 3.5 billion years old – and known as the first organisms to have produced oxygen, thereby causing the Great Oxidation Event and the “rusting of the Earth” , dramatically changing the composition of life forms. Currently, the cyanobacteria cluster consists of 150 genera and over 3,000 species. They are capable of releasing oxygen in the photosynthesis process, and some of their representatives, as one of the few known organisms, have the ability to fix atmospheric nitrogen, which allows them to grow in environments poor in nitrogen sources. Although cyanobacteria appear massively in water, they can be found in virtually all habitats worldwide – in the icy deserts of the Arctic and Antarctic, hot springs, the Sahara Desert and generally in many aquatic and terrestrial environments. Their amazing success in adapting to such diverse habitats can be attributed to a very long-standing evolutionary history and ability to synthesize various secondary metabolites (Mishra et al., 2019).

You may not know cyanobacteria, but you do know their ecological effects

So why are many people afraid of cyanobacteria? This is probably related to the ecological effects of cyanobacterial blooms. It can cause water clouding up to a depth of 2 m, sunlight intensity reduction in water, which in turn leads to anoxia formation (an absence of oxygen in water), anaerobic decomposition of organic matter and finally decrease in aesthetic values (smell and taste of water). Additionally, during cell lysis a release of bioactive secondary metabolites including cyanotoxins can be observed.

A wide range of toxicity

Contamination of water by cyanotoxins restricts its usage as drinking water, aquaculture, irrigation or recreation. This is one of the reasons why our team undertook detailed research on cyanobacteria, in particular cyanobacterial toxins. We work closely with scientists from domestic and foreign research centers, incl. Prof. Linda Lawton and Prof. Christine Edwards from Environmental Engineering Research Group, Robert Gordon University, Scotland, and Ph.D. Spyros Gkelis, Head of CyanoLab at the School of Biology, Aristotle University of Thessaloniki, Greece.

One of the fastest and relatively cheap ways to locate cyanotoxins in water samples and to determine their concentration is to use high-performance liquid chromatography. In our team at Laboratory of Metabolomics, Faculty of Biochemistry, Biophysics and Biotechnology, Jagiellonian University in Krakow, we use a Shimadzu Nexera-i LC-2040C 3D Plus High-Performance Liquid Chromatograph (HPLC) equipment for this. Within 15 minutes, we are able to initially confirm or exclude the presence of anatoxin-a (ATX-a), CYN and microcystin-LR (MC-LR). The toxins’ determination is performed accordingly to the method of Kucała et al. (Kucała et al., 2021). Briefly, the gradient mobile phase consists of MilliQ water/acetonitrile (both acidified with 0.05% trifluoroacetic acid), where the organic phase increased from 2% to 90% over 15 minutes at a flow rate of 0.75 mL·min-1. Samples are separated on a Dr. Maisch ReproSil Gold Column (120 Å, 3.0 µm, 150 mm x 4.6 mm) maintained at 40 °C. Autosampler cooler temperature is 4 °C and PDA cell temperature is 40 °C. Cyanotoxins are identified by comparing the retention time and UV-spectra determined for commercial standards and quantified by absorbance at 227, 239, 261 nm for ATX-a, MC-LR, CYN, respectively.

Our HPLC exceeds all our basic requirements. By conducting research on cyanobacteria, we not only determine the concentration of cyanotoxins in environmental samples, but also find answers to research questions (Nowicka-Krawczyk et al., 2022). Once the cyanotoxins are present in the water, it is important to check how the selected physicochemical factors used in the water treatment plants affect their stability and degradation. HPLC not only allows us to determine the degree of toxin degradation, but sometimes also to detect the products of degradation. These studies were the first ones undertaken by our team. Thanks to the use of HPLC, we were able to determine the stability of ANTX and CYN molecules under various pH range conditions and the influence of other physical factors, such as high temperature or UV radiation.

Our second major research topic is the effect of cyanotoxins on aquatic plants. As plants form the basis of most trophic pyramids, it seems extremely important to determine the influence of the secondary metabolites of cyanobacteria on the basic physiological parameters of plants, such as the intensity of photosynthesis and respiration as well as the synthesis of photosynthetic pigments and stress induction (Adamski and Kaminski, 2022). Some of the metabolites of cyanobacteria have a negative effect, while others have a positive effect on plant growth and development. Many studies have also shown the potential for cyanotoxin bioaccumulation in aquatic and terrestrial plants such as lettuce. Therefore, it seems crucial to monitor surface waters with cyanobacteria blooms, which are also used for irrigation of agricultural fields. Our equipment also allows us to confirm or exclude the presence of secondary metabolites of cyanobacteria in plant samples (Kucała et al., 2021).

Phytoremediation as a means to adsorb contaminants from the environment

In our experiments, we also use the potential of plants to bioaccumulate various substances from the environment in the phytoremediation process. Phytoremediation is a technology of using plants to eliminate the hazardous contaminants from the environment. Fast-growing plants are the most useful plant species for phytoremediation. They can adsorb more pollutants through increased uptake of water, nutrients and pollutants compared to other plants. A model plant characterized by a very fast growth is the willow, whose annual growth can reach 2 m. Due to that and the high resistance of the willow against heavy metals, people have been using it for years to phytoextract these harmful elements from the soil. However, the use of plants for environmental purification is not limited to heavy metals. Thanks to the plants’ invaluable work, we can reduce contaminants in the environment such as agrochemicals, artificial pigments, nano-materials, organic pollutants, pharmaceuticals and personal care products as well as petroleum hydrocarbons. Willow, despite its many advantages, is not suitable for work in the laboratory and does not grow in water, so we decided to check the phytoremediation of cyanotoxins with the popular aquatic plant Lemna trisulca (star duckweed). Chromatographic analyses allow us to not only determine the content of toxins in the biomass of cyanobacteria and their concentration in water but also the ability to absorb them by plants. In the case of the tested cyanobacterial toxins, we demonstrated ATX – a phytoaccumulation and stabilization of the concentration of CYN and MC-LR during the co-cultivation of the macrophyte with the mixed cyanobacteria cultures.

Plans for the future

In the future, we plan to further develop our study on cyanobacteria and lichens, including in particular the search for new secondary metabolites with biotechnological applications and check the influence of selected physicochemical conditions or interaction with other organisms on the synthesis of selected metabolites. In the case of obtaining financing, our priority is also to expand the equipment with a compatible mass spectrometer, which will allow us to conduct comprehensive studies.