Nexis GC-2030 quantifies contaminants in oil and gas for recycling

Celtic Recycling, based in Wales and running two facilities close to the country’s capital of Cardiff, specializes in the recovery, management and recycling of redundant heavy electrical equipment. The company is one of a small number of specialist contractors that work with Na­tion­al Grid, which owns and manages grids for electricity and gas supply in the UK, and other major electricity industry companies to safely remove, dismantle and recycle end of life, oil-and gas-insulated electrical equipment.

Both the oil and the gas recovered from high voltage electrical equipment can be recycled after testing to ensure that the levels of any contaminants are within the specified limits. Celtic Recycling’s laboratory in Newport, Gwent, has long used gas chromatography (GC) to analyze polychlorinated biphenyls (PCBs) in insulating oils but lacked the capability to screen sulfur hexafluoride (SF6) from gas-filled equipment. With legislative changes set to make it more difficult to import virgin SF6, and to increase the demand for recycled SF6 in the UK, the company invested in a dual column Nexis GC-2030 gas chroma­tograph to broaden its GC capabilities to include gas analysis and to enhance PCB testing capabilities.

Why test for PCBs?

In the past, PCBs were used as dielectric insulating fluids in transformers and other high voltage electrical equipment. At the time they were thought of as the ‘wonder substance’ because they have superb insulating properties and don’t break down. Their use was banned in the 1980s after it became clear that they were hazardous to humans and the environ­ment, however, insulating oil containing PCBs is still occasionally found as electrical equipment has a long life span. 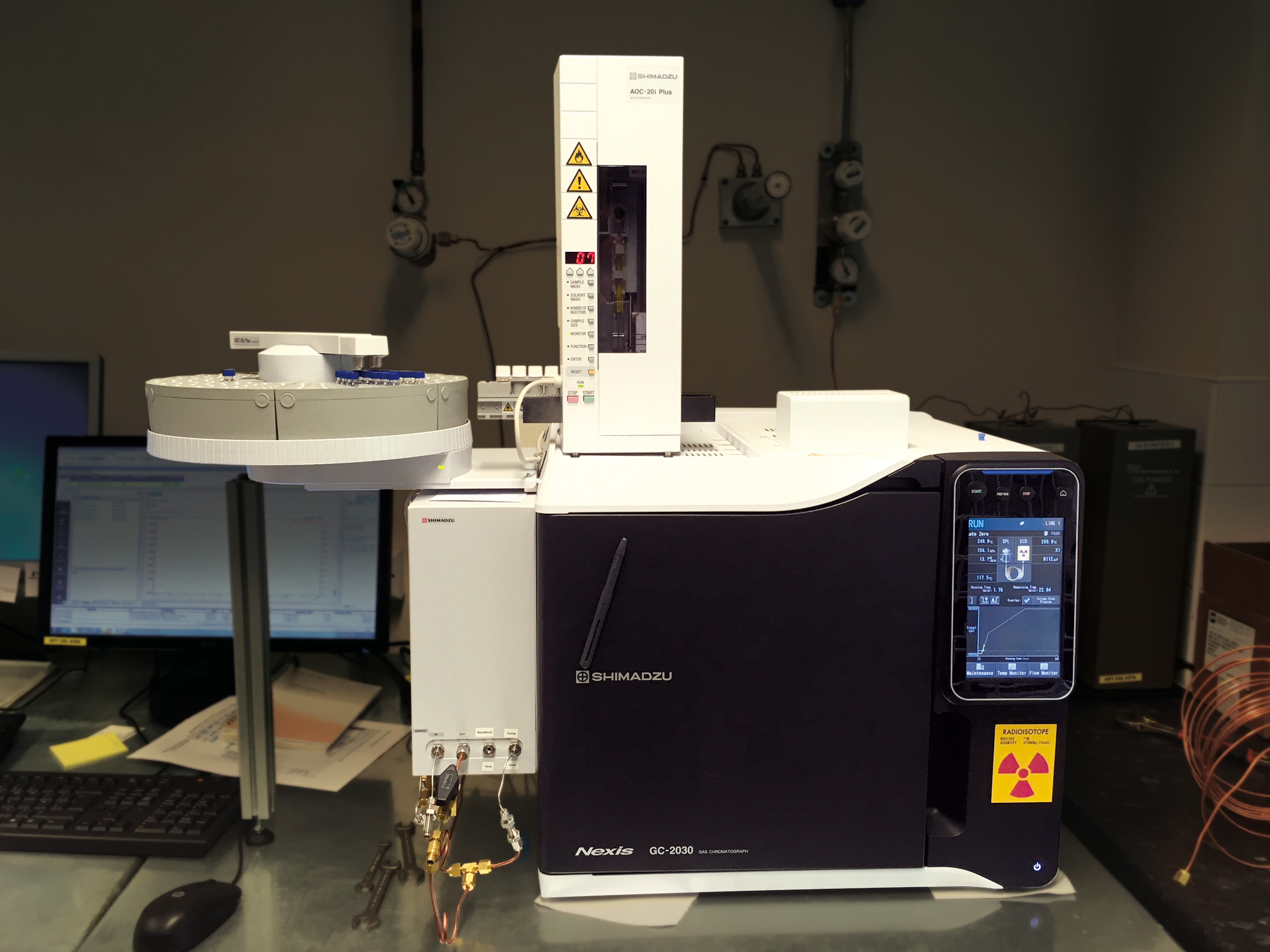 While samples that are high in PCBs are very rare, trace level con­tamination may still occur. Typi­cally, this is attributed to PCB-fluids being pumped out and re­placed with an alternative oil to comply with legislation; any residual PCBs not cleaned out of the equipment, however, cause trace contamination of the fresh insulating oil. For this reason, all samples received by Celtic Recycling undergo quantitative GC analysis for PCBs over the range of 5 to 100 ppm, with higher concentrations also quantifiable. Samples below the legal limit of 50 ppm can be reused and recycled, while any oils containing PCBs above this level are treated as hazardous waste and are destroyed.

Changes made to EU legislation since 2015 will make it increasingly difficult to produce or import new supplies of SF6, an inert gas with a global warming potential many thousands of times greater than carbon dioxide, making it extremely harmful to the environment. SF6-filled equipment can be emptied and the gas recovered and stored, but great care must be taken in case arcing has occurred within the equipment, resulting in the formation of highly toxic contaminants.

Portable analyzers give a broad indication of any contaminants that are present, such as hydrogen fluoride, sulfur dioxide and moisture, most of which can be re­moved using molecular sieves. One of the biggest contaminants is air, and Celtic Recycling has invested in an air separation plant, en­abling it to produce recycled SF6 in ‘good as new’ quality.

Once the cleaned gas has been analyzed and its quality certified by quantitative GC analysis, it can be resold. Currently, no other company in the UK is able to offer this service.

Celtic Recycling wanted to in­crease capacity for PCB analysis and, at the same time, introduce GC screening of SF6 which could not be done using the laboratory’s existing instrument. While PCB testing can be performed using a standard GC set-up with an electron capture detector (ECD), SF6 requires a system tailored to gas analysis. This led the company to choose a twin column Nexis GC-2030, taking advantage of Shimadzu’s state-of-the-art technology and expertise in gas sampling and custom-build instrumen­tation.

Shimadzu worked with the laboratory to customize the system so that it samples SF6 directly from a gas cylinder, using a barrier discharge ionization detector (BID) to determine whether any contaminants are present. Shimadzu’s patented BID is a universal detector that can detect all organic com­pounds except Helium and Neon.

It offers significantly enhanced sensitivity compared to thermal conductivity and flame ionization detectors – enabling the detection of all types of trace components at the 0.1 ppm level – and incorporates unique electrode-preserving plasma generation technology that ensures long-term stability. To avoid saturating the detector, the design incorporates a ‘dump valve’, allowing SF6 to be diverted once the substances of interest have eluted. PCB samples are introduced via a split/splitless injector, and analyzed using an ECD.

The Nexis GC-2030 was installed at the end of 2017, and the laboratory is already seeing the benefits. Not only has it extended the laboratory’s GC capabilities to include SF6 analysis, it also provides additional flexibility as the SF6 and PCB set-ups are installed alongside each other in a single instrument. This avoids the need to switch out columns and change detectors, or to install two separate instruments, one for each type of analysis. The inclusion of a BID helps to futureproof the system, as this detector is suitable for many other applications should business needs change in the future.

Previously, GC analysis was performed using nitrogen carrier gas, but the laboratory opted to use helium with the new set-up. This has reduced the PCB run time from 45 to 22 minutes, significantly improving turnaround times and allowing more samples to be run in the same time period as before. The system’s powerful LabSolutions software enhances integration, making it easier to detect small peaks and discern them from background noise, and resulting in increased PCB sensitivity compared to the laboratory’s older instrument.

The laboratory has now established a quantitative assay to deter­mine the level of any contaminants in the SF6 gas, improving accuracy for most compounds from around 1,000 ppm using the portable analyzers to single figure ppm with the Nexis GC-2030. To date, the implementation of the new GC assay has allowed Celtic Recycling to recover and certify over 3,000 kg of SF6 gas for sale and reuse in new equipment.

Celtic Recycling’s laboratory chemist, Jennifer Rapp, commented: “I am really pleased with the new system and enjoy working with it. It is easy to use, and I can generate customized reports that look very professional with just a few clicks. Maintenance is quite straightforward and it is very easy to change columns; having a light inside the oven is a definite advantage – I hadn’t realized how dark the oven is until now! The product specialists at Shimadzu have been great, providing training and helping me to set up the methods. It’s good to know that I can rely on their support.”