The taste and aroma of wines relate to the amount of different alcohols and solvents like methanol, butanol and ethyl acetate. These are said to be the main reasons for causing head­aches, next to dehydration, histamines (see Shimadzu-NEWS 3/2005), sulfites and tannin.

While ethyl acetate as an ester brings a fruity taste, the alcohols give a solvent-like taste. During fermentation, yeast makes acetic acid and ethanol react to form the pleasantly tasting ethyl ace­tate, but also generates the un­comfortable alcohols isobutanol, isoamyl alcohol and metha­nol [1, 2].

Winemakers are therefore interested in a quantification of these substances. Controlling fermentation for better taste, and even more importantly reducing damage to health by alcohols other than drinking alcohol, are main concerns.

Higher alcohols in wine with GC-FID

Determining higher alcohols with the GC-2030 gas chromatograph and a flame ionisation detector (FID) is a fast and efficient way to measure the amount of ethyl acetate, isoamyl alcohol, n-propa­nol, isobutanol and even metha­nol. In a test row, the newest Shimadzu white wine „Science Selection – Pinot gris late harvest dry“(figure 1), a pinot gris wine, was compared with a dry red wine. 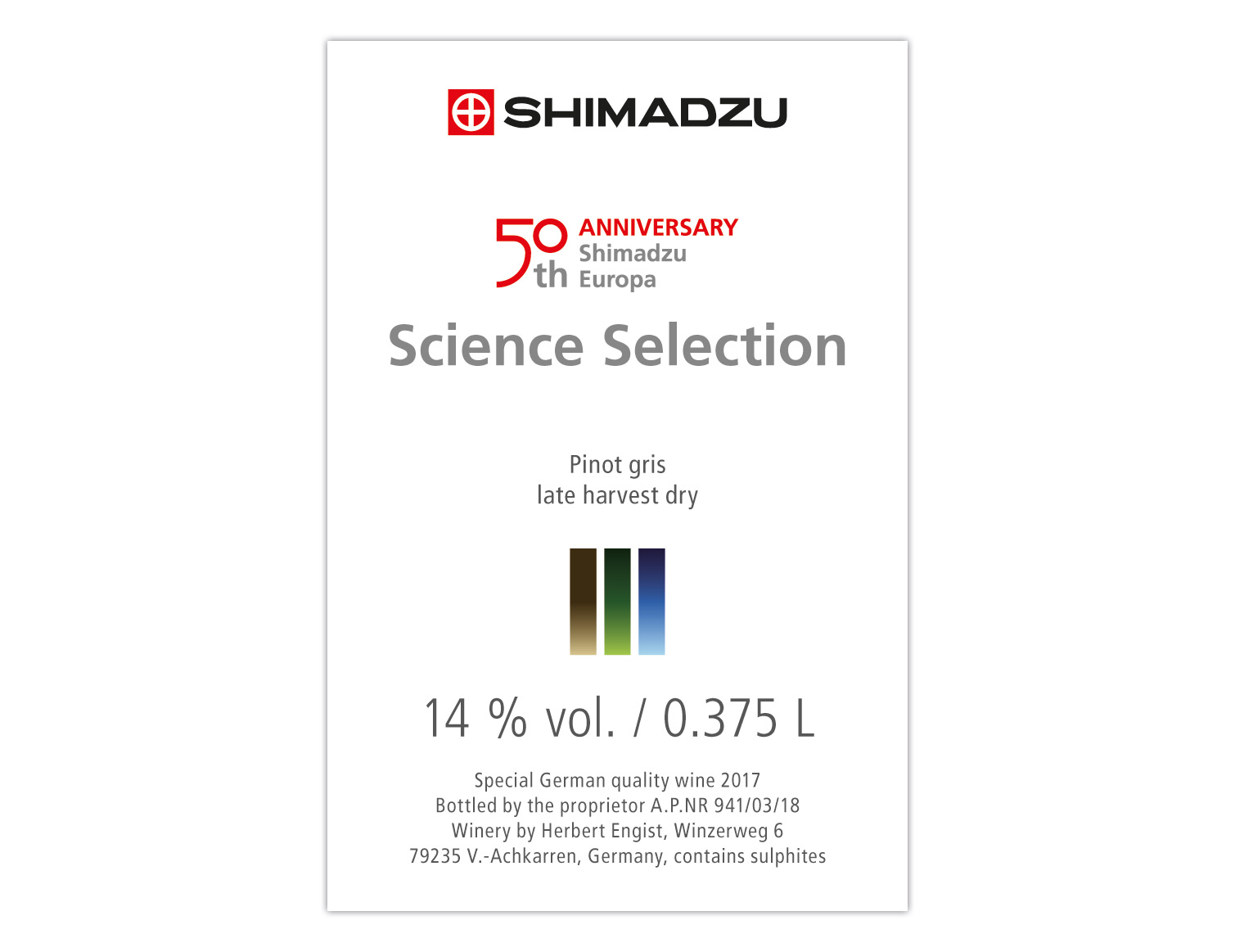 Sample preparation was done by liquid extraction with organic solvent in a milliliter scale. It needs only 5 mL sample volume and 2 mL solvent to give reliable results. In a first step, the alcohols were identified in the chromato­gram. A calibration mixture of a standard solution and an internal standard solution, created in a wine matrix with pH = 3.5, was used. 2-Butanol was applied as an internal standard (ISTD) and the concentrations of the compounds in the calibration mixture were in the range of 50 to 200 mg/L.

Table 1: Method parameters for alcohols and ethyl acetate in wine

In the second step, the cold wine sample, added with internal standard solution, was vortexed with NaCl and dichloromethane; phase separation was done at room temperature followed by centri­fugation. The dried or­ganic phase is ready for injection.

Table 2 summarizes the results for both wines measured, and figure 2 shows a chromatogram of the Shimadzu wine analyzed.

Table 2: Concentration in mg/L of alcohols and ethyl acetate in both wines analyzed 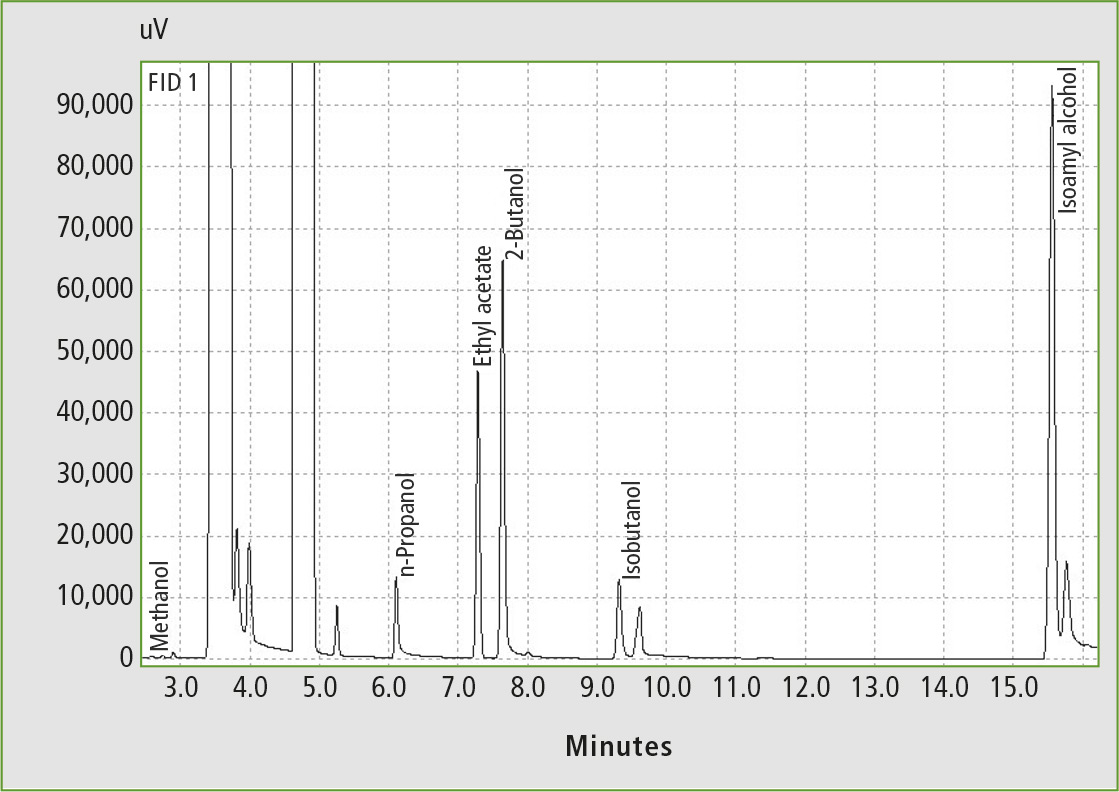 Both wines tested showed similar values for n-pro­panol and ethyl acetate. The main differences were found for metha­nol, isobutanol and isoamyl alcohol, showing much higher amounts in the red wine. These results correlate to average concentrations of metha­nol in red and white wines as stated in the literature. According to [3], about 60 to 230 mg/L metha­nol in red wines and 17 to 100 mg/L in white wines are present. Furthermore, a common method from the OIV (International Organization of Vine and Wine) for methanol analysis provided similar results in their validation tests of the methanol analytic method for GC.

With identification of alcohols and other organic compounds, it is possible to support aroma profiling of wines and to monitor their quality. GC-2030 with FID detection offers an efficient way to reliably analyze these without the need for advanced equipment and complicated sample preparation. For winemakers, a helpful method to elevate the enjoyment of their wines …