The amount of polymeric waste is increasing steadily, due for example to shorter life cycles of many technical consumer products. This is why recycling of polymeric/plastic waste becomes more and more important. This process has to be carried out in a secure way, otherwise hazardous substances or materials can harm the environment or humans. This is why recycling of polymeric substances has been regulated, mostly depending on the subsequent use. Accordingly, Food Contact Articles (FCAs) are treated in a special way.

Polymeric FCAs are regulated within the European Union by the European Commission Regulation 10/2011 [1]. It describes an overall migration test using defined food simulants measuring the amount of non-volatile substances released from a material or FCA. Using olive oil, an overall migration test evaluates the inertness of the FCAs releasing not more than 10 mg of constituents per 1 dm2 as the maximum permitted limit.

All chemicals listed were evaluated individually for their toxicity and migration behavior by EFSA (European Food Safety Authority) which defined a specific migration limit for controlled migration and evaluation of the FCA. The positive list is still expanding as new toxicological data on substances is obtained [2,3].

In total, ten polymeric FCAs were analyzed. Only black-colored items were selected as it is suggested that black polymeric items are more likely to be contaminated by recycled polymers. Technically speaking, a melt of recycled polymeric material with virgin material does not look attractive; however, after color unification with black pigments it is again visual appealing.

All ten black polymeric FCAs were purchased randomly from different distributors within Europe between 2012 and 2013. From this rather small group of samples, three samples were typical kitchen utensils, while seven samples were used as lid closures of thermo-cups for hot drinks (figure 2). They were chosen for two reasons:

they come into direct contact with the mouth
their usage for hot drinks anticipates a higher rate of migration of contaminants into the food/ drink. 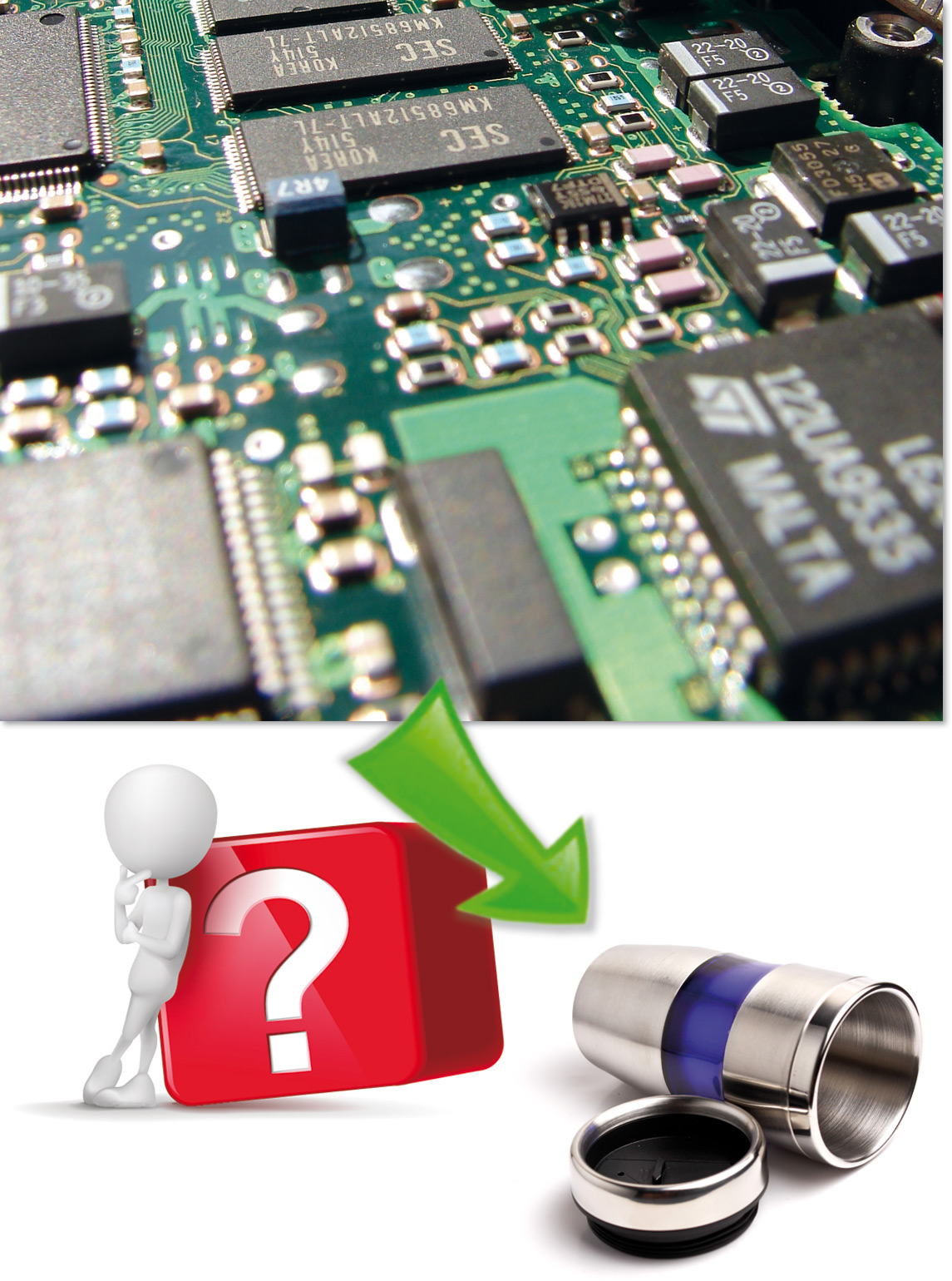 Figure 2: Electronic Waste in Food Contact Articles such as thermocups?

So far, brominated flame retardants (BFRs) are not included in the positive list and, as a consequence, are not allowed to be used as initial substances for the manufacture of FCAs sold on the European market. But BFRs are often present in technical products in order to decrease flammability.

To explore whether waste from electrical and electronic equipment (WEEE) is used as raw material in the manufacture of polymeric Food Contact Articles, the presence of BFRs in final products is a first indicator.

X-ray fluorescence spectroscopy (with EDX-7000) has been used to check polymer samples for Bromine (Br). This spectral method is very effective and can quickly screen many test points on one sample non-destructively without time-consuming sample treatment. Samples with a total elemental Br concentration of higher than 40 mg/kg were considered as Br-positive and may therefore contain BFRs.

Complementary to XRF analysis, BFRs were identified by thermal desorption GC-MS (PY-2020iD, Frontier Laboratories, coupled to Shimadzu’s GCMS-QP2010 series) to learn more about the specific kind of BFR and to finally assure that the Br identified by XRF is related to BFRs.

Thermal desorption is a sample introduction method using heat to extract/vaporize additives from a polymer matrix or a sample extract. In this case, sample extracts were prepared from selected polymer samples (24-h static migration in toluene). Toluene as an extraction/dilution solvent is favored since most of the commercially available BFRs are easily soluble in this solvent.

The results of Br analysis are summarized in table 1 (excerpt). From the ten samples selected, seven samples contained BFRs.

Notes: a The main polymer and possible polymeric contaminants were interpreted from FTIR spectra combined with pyrolysis GC-MS data · b Measured by XRF; n.d. means not detected and implements a limit of detection of 40 mg kg-1 · c Measured by thermal desorption GC-MS

The highest Br level was found in a PBT (polybutylene terephthalate) sample with 5,975 mg/kg Br from TBBPA (tetrabromobisphenol A) and DBDPE (decabromodiphenylethane), while the lowest detectable Br level was found in a PP/PE (polypropylene/polyethylene) sample containing 57 mg/kg Br from TBBPA and decaBDE (decabromodiphenylether). For all Br-positive samples with a Br level higher than 40 mg/kg, TBBPA was detected in all seven samples as the most abundant BFR. Interesting was the fact that no RoHS-regulated BFRs [4] were detected. The BFRs in this case were definitely just contamination. The level required to achieve flame retardancy starts at around 0.8 weight % and ranges up to approx. 8 weight %. So this level of Br is quite surprising, since all are too low to achieve sufficient flame retardancy (< 0.6 weight %).

What kind of polymers are in use?

For identification of the polymer matrix, ATR-FTIR analysis was performed with the IRTracer-100. The instrument is equipped with a single reflectance diamond ATR crystal. All spectra were compared with standard spectra from databases that are commercially available, e.g. RoHS, ATR-Polymer2, IRs Polymer2 and T-Polymer2, all running on LabSolutions IR software combined with in-house libraries. For the identification of the main polymers, the match with the libraries was 90 % or higher.

Similar to XRF analysis, the ATR-FTIR technique is non-destructive and samples can be stored afterwards or used for further analysis. In addition to confirming FTIR results concerning main polymers, the pyrolysis technique can give an insight into macromolecular contaminants as an additional hint for pureness or impureness of the materials the polymeric FCAs are made of. ATR-FTIR in combination with pyrolysis GC-MS is a powerful tool to obtain the full compositional overview of polymer matrix.

The use of recycled polymers was reconfirmed, as macromolecular contamination was present in all samples, indicating that none of them were pure material (table 2, excerpt). This is why further analysis techniques were applied to find further proof as to whether waste from electrical and electronic equipment (WEEE) was used during recycling, besides the fact that BFRs were present. 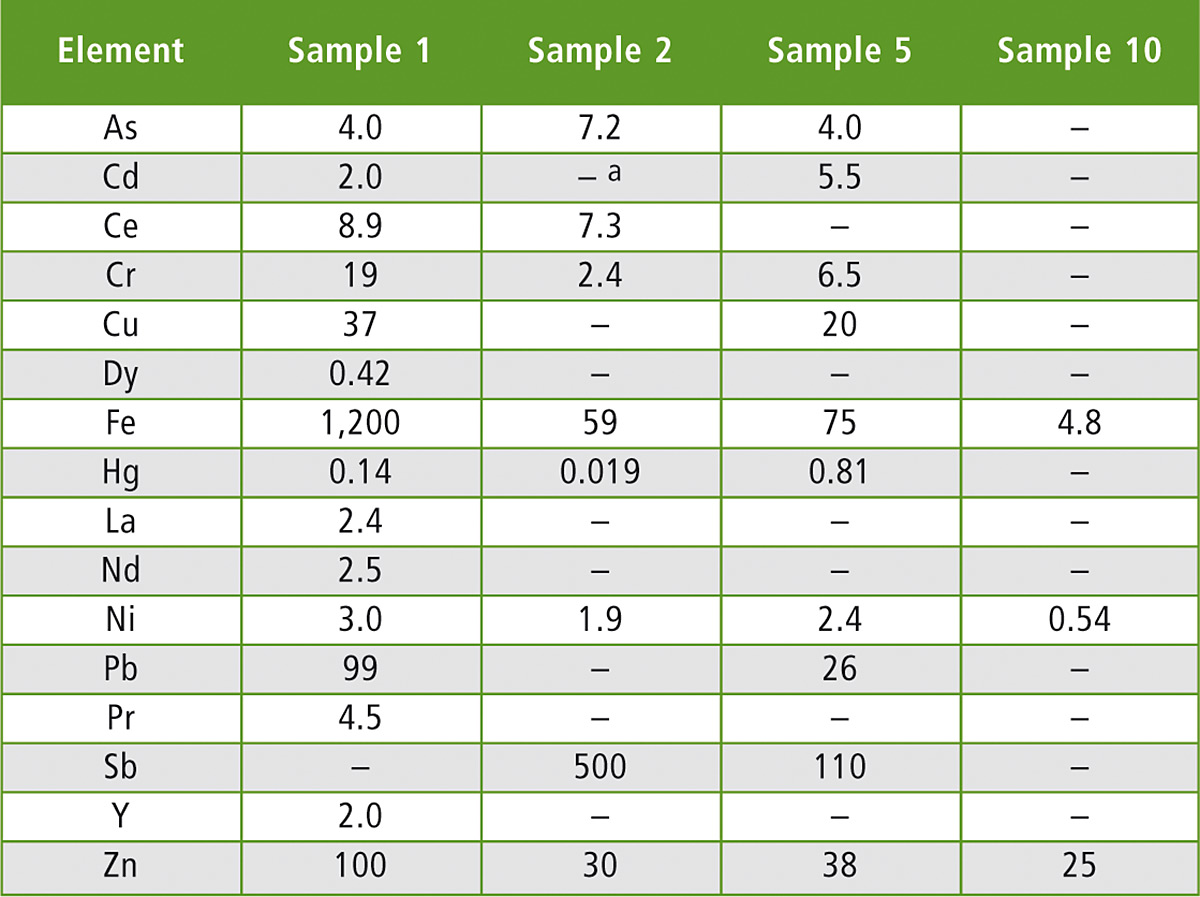 Table 2: Elemental composition of the samples (excerpt). All data in mg/kg.

Note: a “–” means not detected with a value below the LOD for the selected element

All these elements are used in electric and electronic equipment.

Measurements of selected rare earth elements (REEs) such as Ce, Dy, Er, La, Nd, Pr, and Y were also performed. The criteria in choosing these REEs came from their abundance in WEEE based on the available literature and the demand from industry.

the analytical plasma can be observed axially and radially
all elements are measured at the same time.

Both plasma observations can be combined in a single method, meaning that traces can be measured using a real axial view and major elements for the same sample by using a real radial view, thereby enlarging the dynamic range. To increase sensitivity especially for the toxic elements Hg and As, the hydride vapour technique was also applied.

In four of the seven cases, concentration of Sb was higher in FCAs containing BFRs, corresponding to the use of Sb2O3 as a synergist FR with halogenated FRs. In all cases of Br detection at elevated concentrations (> 200 mg/kg of Br), Sb was also detected (table 2). For example sample 2, a PBT sample, contained Br at a level of 5,975 mg/kg combined with a concentration of 504 mg/kg of Sb. The presence of Sb in PBT or PET can be justified as Sb2O3 is commonly used as a catalyst in such matrices, however, the presence of Sb and Br together is not common in PBT or PET applications unless applied to give flame retardancy.

In most of the BFR-positive samples, typical elements used in electronic equipment like ferrous elements and the selected heavy elements (As, Cd, Cr, Cu, Fe, Hg, Ni, Pb and Zn) were present either at trace level or at elevated concentrations. The presence of these elements was expected as they appear in many applications within electrical and electronic equipment.

Typical REEs (Ce, Dy, La, Nd, Pr and Y) found in many electronic and electric applications nowadays were present in four of the seven Br-positive samples, while in Br-negative samples no traces of REEs were detected.

To conclude, it can be stated that BFRs were present in polymeric FCAs and these FCAs contained in addition different macromolecular contaminants, indicating the use of recycled material with WEEE as one source for raw material being assumed. Results of elemental analysis confirmed this assumption.

Even expensive elements like REEs which have no functional use in polymers applied in, e.g. upper parts from thermo-cups (lid closures) were present in the samples. Combining the GCMS-QP2010 series, IRTracer-100, EDX-7000 and ICPE-9800 series analytical instruments, much information can be obtained from just one sample. It implies that materials need to be regulated more strictly in order to avoid hazardous substances that can harm the environment or humans.