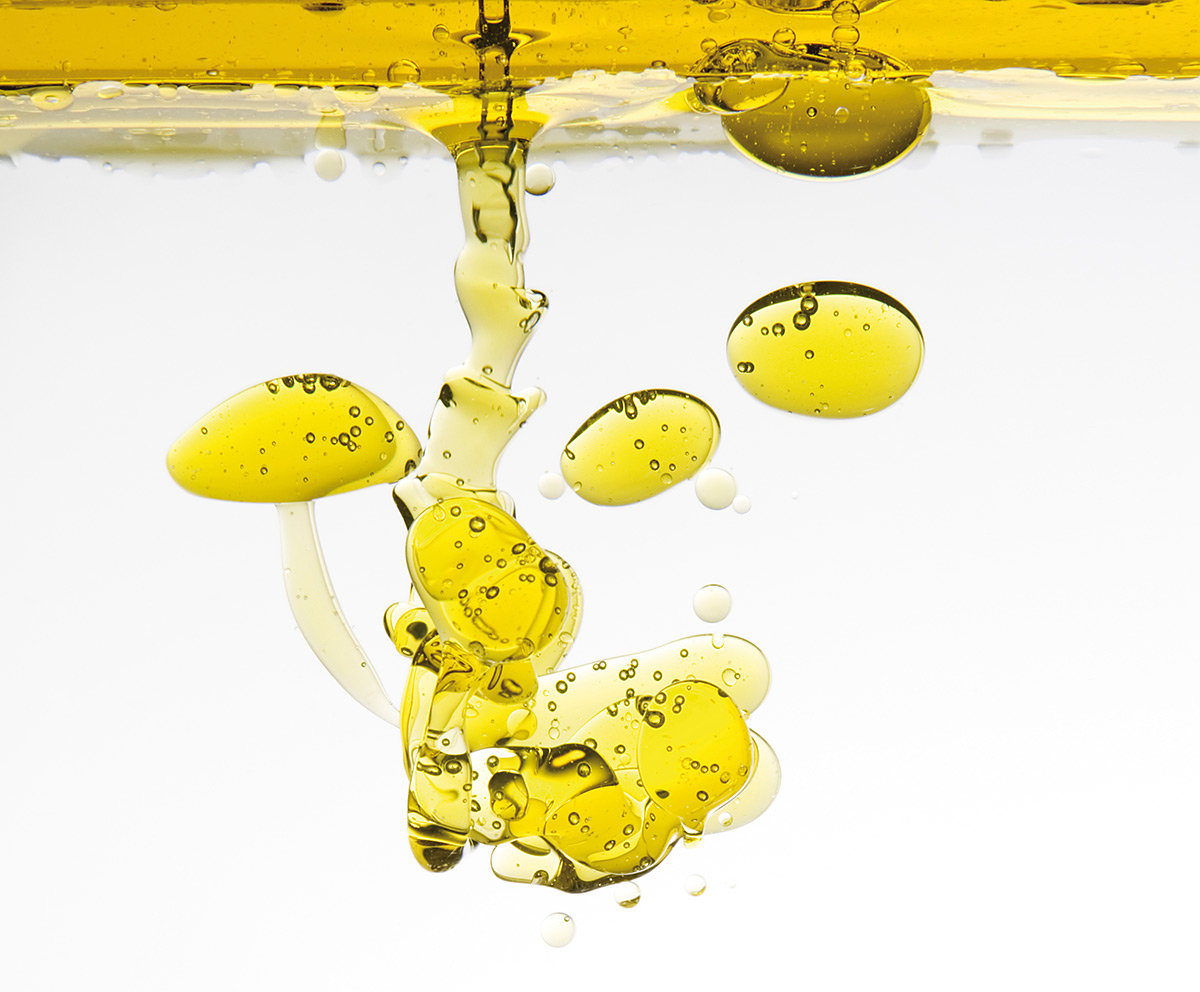 Various analytical techniques are available to address a wide range of analytical problems:

Hydrocarbons (C5 – C44, and up to a chain length of C60) are chromatographically separated and determined quantitatively using GC analysis in accordance with DIN DEV 38409-H53 and ISO 9377-2.

FTIR spectroscopy is still used, in part, to determine hydrocarbon mineral oils and aromatic hydrocarbons in drinking water in the ppm down to the ppb range (DIN 38409-H18, although this standard expires due to a ban on the solvents used)

The techniques mentioned above are ideally suited for detection of impurities or contaminations in the lower ppb range. These techniques are subject to corresponding national and EU regulations.

An alternative analytical technique leading to fast results with little sample preparation is fluorescence spectroscopy. Because of its sensitive measurement principle, detection limits for contaminations in the lower ppb range are easily achieved. The regulation or the standard for this analysis has been established by the American Society for Testing and Materials (ASTM). The D 5412 standard testing method includes determination of complex polycyclic aromatic hydrocarbons (PAHs) or mineral oils in water [1].

The PAHs or mineral oils are quantified in aqueous samples using fluorescence spectroscopy. Appropriate calibration standards exhibiting similar emission and synchronous fluorescence spectra are used for calibration. According to the ASTM, this test method is suitable for contaminations from mineral oils, fuel oils and tar oils. Industrial organic contaminants cannot be excluded.

In accordance with the ASTM standard method, the PAHs or mineral oils are dissolved in cyclohexane. The initial concentration of an unknown sample should be approximately 100 µg/L for a fluorescence measurement. It may be necessary to dilute this solution in order to bring the fluorescence signal into the linear range and to suppress self-absorption effects of the matrix. Cyclohexane has been recommended as a suitable solvent for this analytical method. Alternative solvents can be substituted but they should comply with the ASTM requirements. The 10 mm layer thickness cuvette must be made of non-fluorescent quartz. 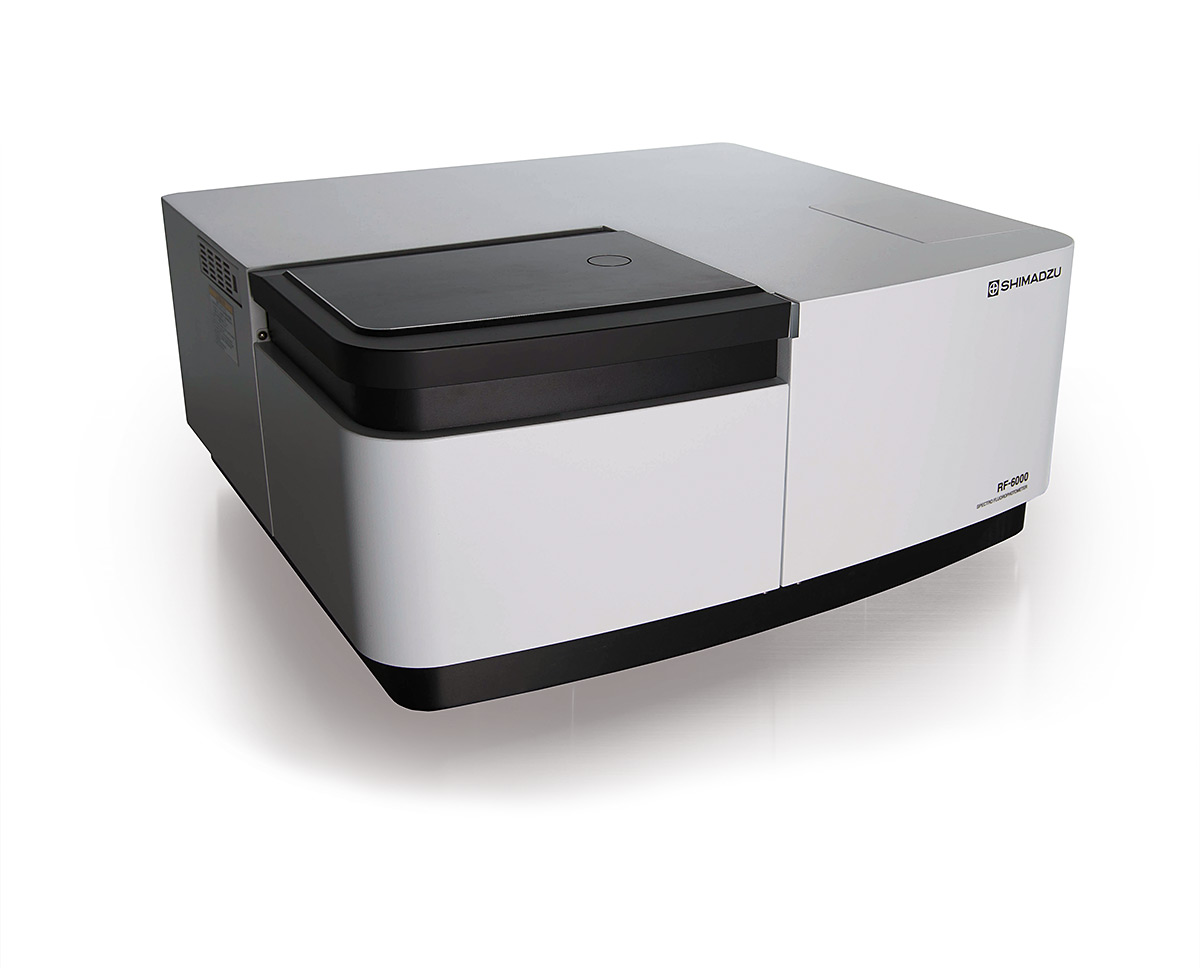 In the example shown here, a mixture of five different PAHs was prepared. The goal is to show that the synchronous scan can represent one of the substances.

Response of the organic compounds to UV light

Figure 1 shows the fluorescence spectrum of a mixture of five compounds. An analytical wavelength of 300 nm was used for excitation of the solution. Most of the organic compounds containing chemical ring systems respond to the UV light by emitting fluorescence. The 300 nm excitation wavelength is not selective for this compound mixture. 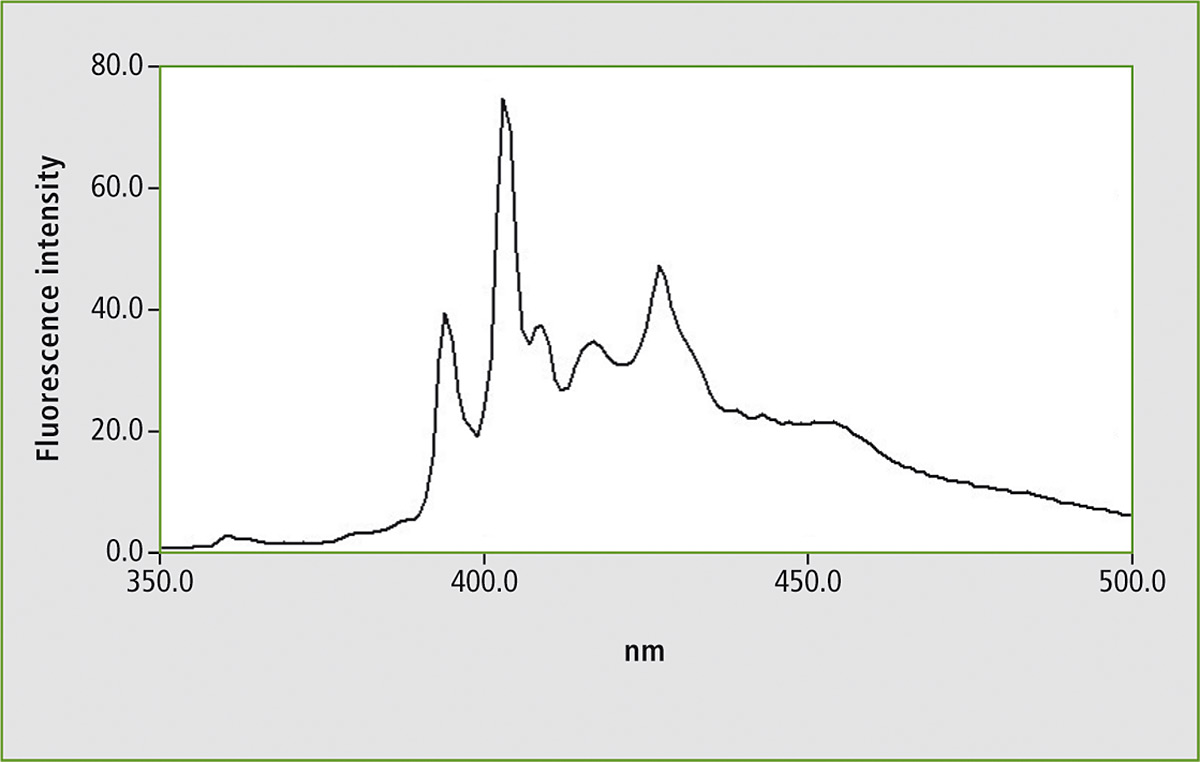 Figure 1: Fluorescence spectrum of a mixture consisting of five polycyclic aromatic hydrocarbons (PAHs) in a measuring range of 350 – 500 nm using an excitation wavelength of 300 nm

Some of the PAHs emit fluorescence following excitation of 300 nm. When the measurement is repeated using synchronous scanning, one signal group is isolated. Upon comparison of this result with a synchronous scan of benzo[a]pyrene, this PAH could be identified. Due to the distinct isolation of this PAH, it is also possible to quantify this substance.

Several examples of measurement of various mineral oils are described in the ASTM standard method. Figure 1 shows the fluorescence spectrum of the PAH mixture using a fixed excitation wavelength. Figure 2 shows the synchronous scan spectrum of benzo[a]pyrene at an offset of 6 nm. The isolation of benzo[a]pyrene from the mixture is shown in figure 3. This spectrum was also measured with an offset of 6 nm for comparison. 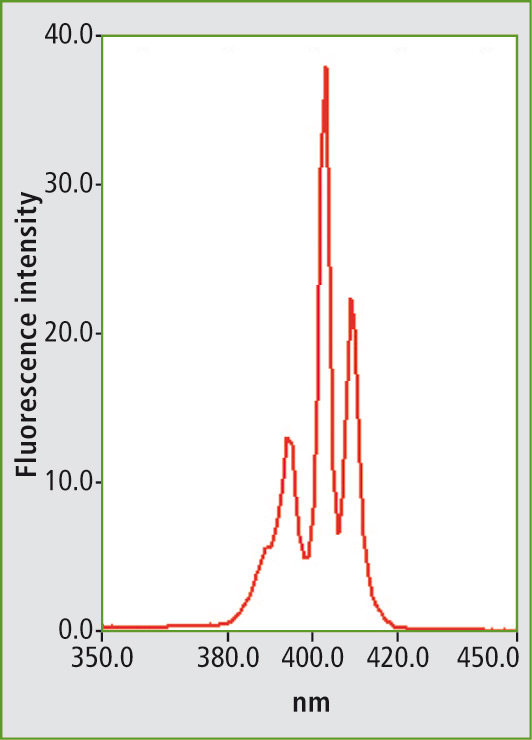 Figure 2: Synchronous scanning fluorescence spectrum of benzo[a]pyrene in a measuring range of 350 to 450 nm with an offset of 6 nm between excitation and emission wavelengths. 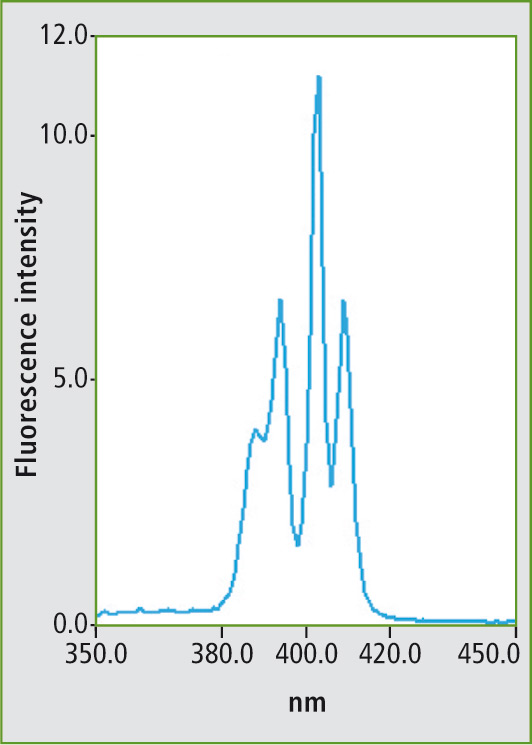 Figure 3: Synchronous scanning fluorescence spectrum of the mixture (fig. 1) in a measuring range of 350 to 450 nm with an offset of 6 nm between excitation and emission wavelengths

Fluorescence spectroscopy is highly suitable for the analysis of PAHs or mineral oils in aqueous samples. In the above-mentioned case, the benzo[a]pyrene spectrum could be obtained using synchronous scanning. Due to its high quantum yield, benzo[a]pyrene is detectable in low concentrations. In accordance with the ASTM standard, this method can detect concentrations of 0.5 ppm of oils in water. Detection limits are dependent on the individual fluorescence activities of the PAHs and the mineral oils.