Emissions testing of motor vehicle interiors in accordance with VDA-278

Indoor air quality in new vehicles is an important topic for the automotive industry. More and more people spend increasing amounts of time in their cars. Others have been saving for a long time to make their dream of a new car come true. They can hardly wait to take their first ride in their dream car with that ‘new car smell.’ However, these ‘pleasant’ odors are emissions from non-metallic automotive components. These emissions are, at least potentially, hazardous to human health.

Studies have shown that the content of volatile organic compounds (VOC) and semi-volatile organic compounds (SVOC) in new vehicles is often considerably higher than recommended for, e.g., offices, schools or homes [1]. Even when, over time, the ‘new car smell’ disappears and the indoor air concentration of these chemicals decreases, their concentrations can quickly increase again to hazardous levels in a closed car when temperatures rise during summer.

The VOC chemical cocktail is composed of various volatile organic compounds, such as solvent residues, small synthetic components as well as additives (for instance plasticizers, solubilizing agents, anti-oxidants, stabilizers, flame retardants) and cleaning product residues. VOCs are emitted not only from the product surface into the air, but they can be resupplied slowly to the surface from the interior of the product via migration processes.

Due to the chemical diversity of VOCs, there is a wide range of harmful effects on human health. Some emissions may be carcinogenic or cause nerve damage in high concentrations. Other emissions may ‘just’ be an odor nuisance. Adverse health effects that may occur include nose and throat irritations, coughing, headache – or more generally: flu-related and allergy-related reactions as well as skin irritations.

Various analytical methods are available for investigating the emission behavior of materials and components in car interiors. Although there is no uniform regulation, responsible governmental departments, automotive manufacturers and the large group of suppliers are interested in a worldwide harmonization of testing methods, also from financial aspects.

In Germany, car manufacturers place the highest demands on the materials used in their vehicles and they are increasingly demanding ‘low emission synthetic materials’ with low VOC and FOG values (the term FOG refers to less volatile compounds that have, for instance, precipitated in the form of a film onto the interior windscreen). To determine these values, the VDA-recommended VDA 278 standard (or GMW 15634) is the generally accepted reference method. Moreover, nearly every car manufacturer has its own additional, often stricter requirements for quality assurance at the highest level.

This technique features the determination of the sum parameters of VOC values (boiling range up to C25) and FOG values (boiling range from C14 to C32), as well as individual components and their concentrations, in a single method. During thermal desorption, a representative aliquot (usually 10 – 50 mg) of a sample is placed in a desorption tube and then heated. A helium stream is used to transfer the resulting gases into a cryo trap, where they are condensed and enriched. The condensed substances are rinsed from the cryo trap by a helium gas flow in opposite direction into the GCMS system where they are detected both qualitatively and quantitatively following gas chromatographic separation.

In the present application example, upper layer of fairing parts were analyzed for volatile compounds in accordance with VDA 278 (October 2011). The effects of storage of the components on their VOC and FOG content were also investigated.

Figure 1: Workflow according to VDA 278

The VDA 278 standard specifies a strict workflow, starting with testing instrument performance using a control standard solution consisting of 18 components (see figure 1). In the next step, two calibration standards are measured. Toluene is used to determine the response factor for the VOC calibration and hexadecane respectively for determination of the response factor for the FOG calibration. Desorption tubes filled with Tenax (an absorber material) were used for the preparation of the calibration samples. After injection of the standard solution, the solvent is evaporated for five minutes under a continuous flow of nitrogen (100 mL/min). 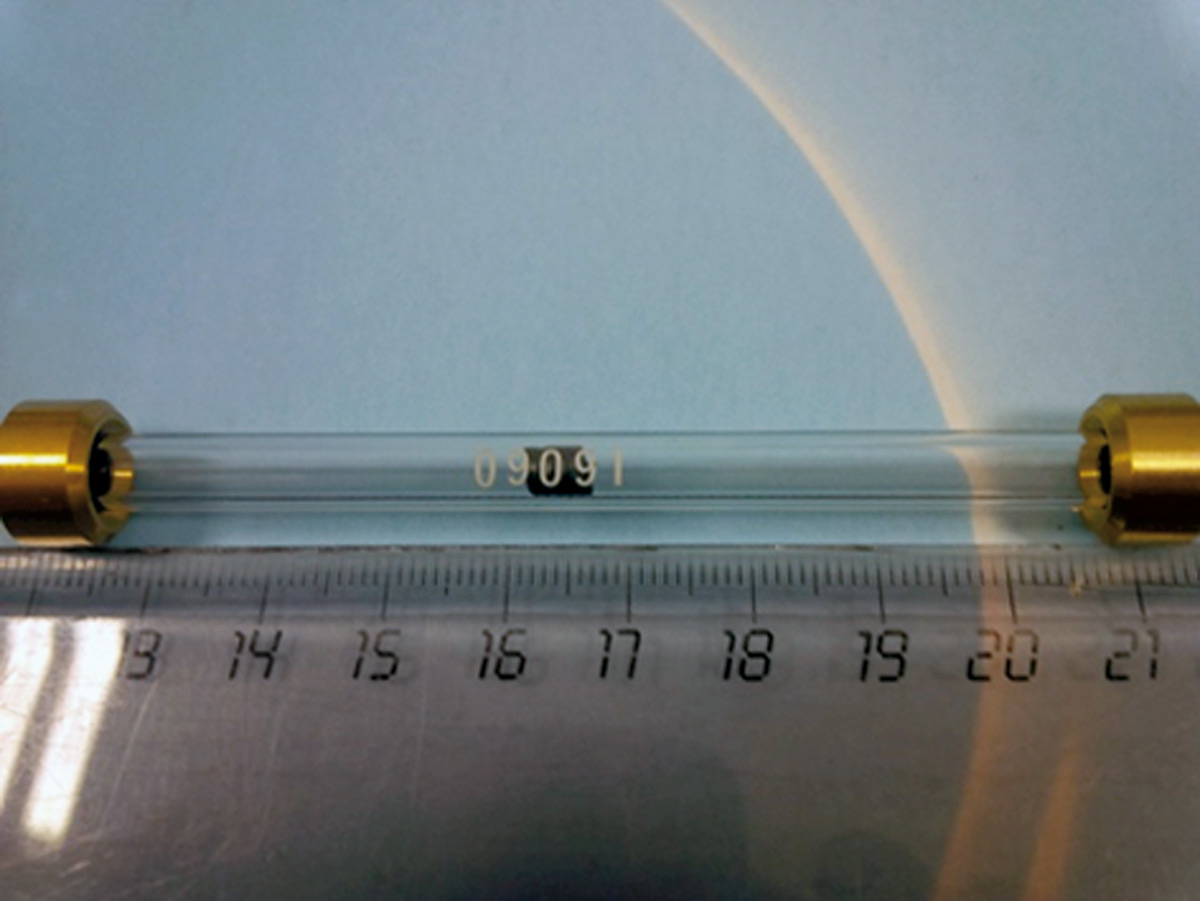 Figure 2: Correct placement of the sample in the desorption tube

The sample to be investigated (upper layer of fairing parts) is removed from its packaging immediately prior to analysis and cut into small pieces (approx. 10 mg) which are then placed in the middle of a carefully cleaned desorption tube (see figure 2). Each sample is measured twice – first to determine its VOC value (desorption at 90 °C) and subsequently also to determine its FOG value (desorption at 120 °C).

Sample measurement was carried out using a Shimadzu TD-20 thermodesorber, coupled to the GCMS-QP2010 SE quadrupole mass spectrometer. In accordance with VDA 278, the samples were desorbed for 30 minutes at the appropriate temperature. Due to the high concentration of the toluene and hexadecane calibration standards, the applied sample amount was reduced by a factor of four. Nevertheless, the measurements had to be carried out at a high split ratio (100:1) in order to prevent saturation of the detector. Data acquisition was carried out in scan mode over a mass range of 29 – 450 u. The chromatogram of the control standard solution is shown in figure 3. 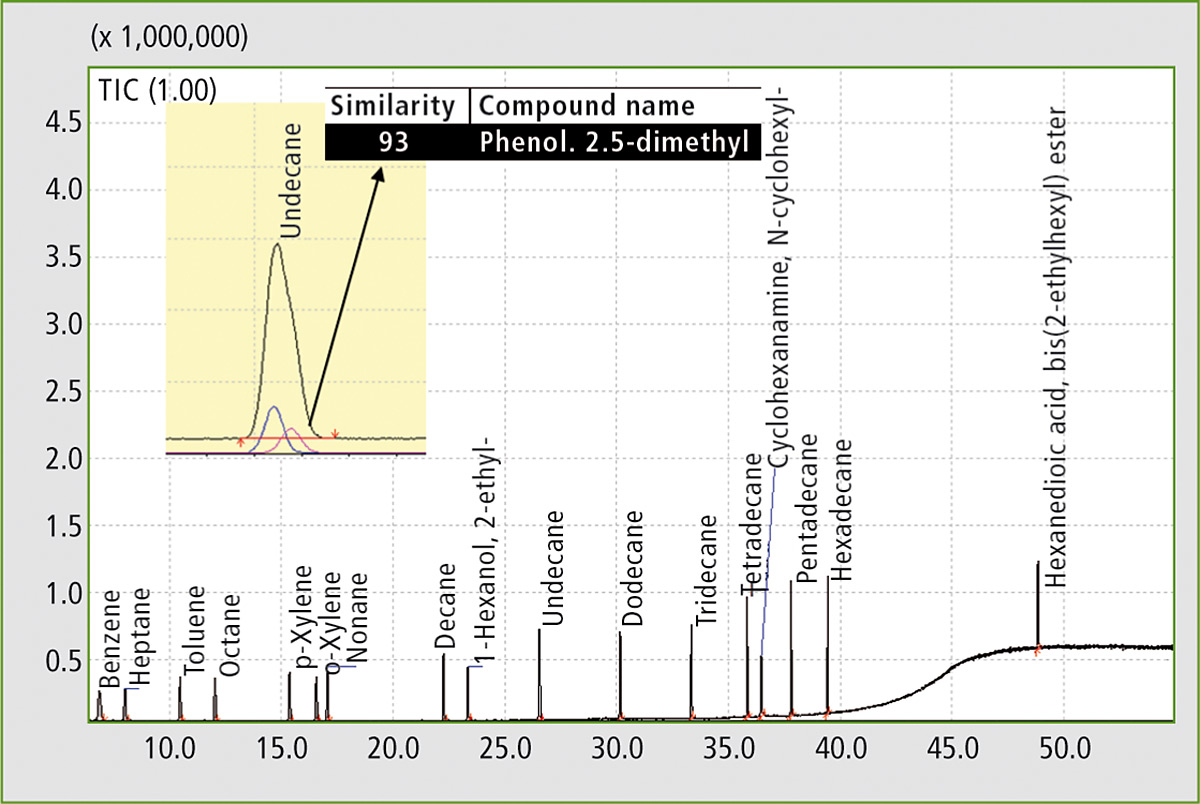 Figure 3: Chromatogram of the control standard

As required by the VDA 278 standard, both o-xylene and n-nonane components are baseline separated. Although undecane and 2,5-dimethylphenol are not chromatographically separated, it is not a problem to identify both peaks unequivocally by means of their characteristic mass spectra (see detail in figure 3).

As required, the recovery rates of the various substances are between 60 and 140 %. For toluene, the recovery rate is 98 %. Based on the calibration standards, response factors calculated for VOC and FOG were 0.08 and 0.06 respectively. For the determination of the sum parameters (VOC and FOG value), the areas of all the substance peaks originating from the sample lying above the baseline were determined. Figure 4 shows an example of chromatograms for the measurement of VOC and FOG. 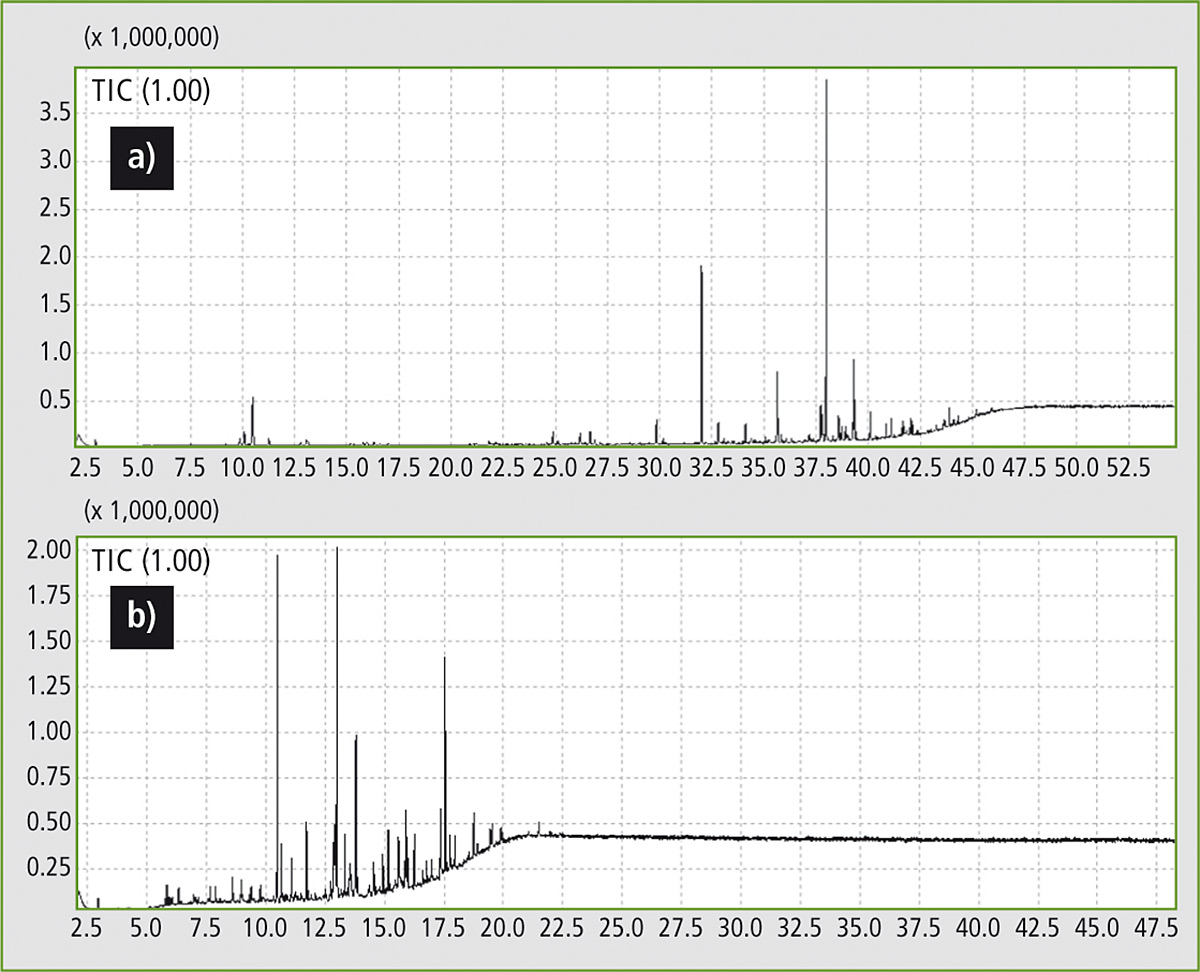 Figure 4: Chromatogram of the upper layer material of fairing parts measured under VOC (a) and SVOCs/FOG (b) conditions.

To investigate the effect of storage on the sample, the same measurements were repeated after seven days. Table 1 shows a comparison of the measurements. As expected, storage plays an important role, which can be seen clearly in the drastic reduction of the VOC value. In comparison, the content of less volatile substances (FOG value) does not decline as much.

Table 1: Emission values (VOC und FOG) from the upper layer material of fairing parts without storage and after seven days of storage without packaging

This example very clearly illustrates the effect of storage and time of sampling on the emission values, as well as on their reproducibility and reliability. In this context sample preparation should also not be neglected, which should be carried out as quickly as possible at not too elevated temperatures.

Because of its simple and user-friendly sample preparation, Shimadzu’s thermal desorption system consisting of the TD-20 thermodesorber and the GCMS-QP2010 SE is optimally suited for the determination of emission values of motor vehicle components in accordance with the VDA 278 standard. All sample tubings are inert thanks to a Silcosteel coating. This ensures particularly good recovery rates and minimal sample carry-over, also for high-boiling point substances. Moreover, the system provides Peltier cooling which does not require additional cooling agents (for instance liquid nitrogen), as well as a direct transfer line and a separate carrier gas control (AFC). In this way, the emission values of materials used in new vehicles can be monitored reliably and a consistently high quality can be ensured.

Further information on this article
Application Note: Analysis of VOC and FOG emissions from moulded components for automobiles according to VDA 278(SCA_280_081)