From Crude to Powder 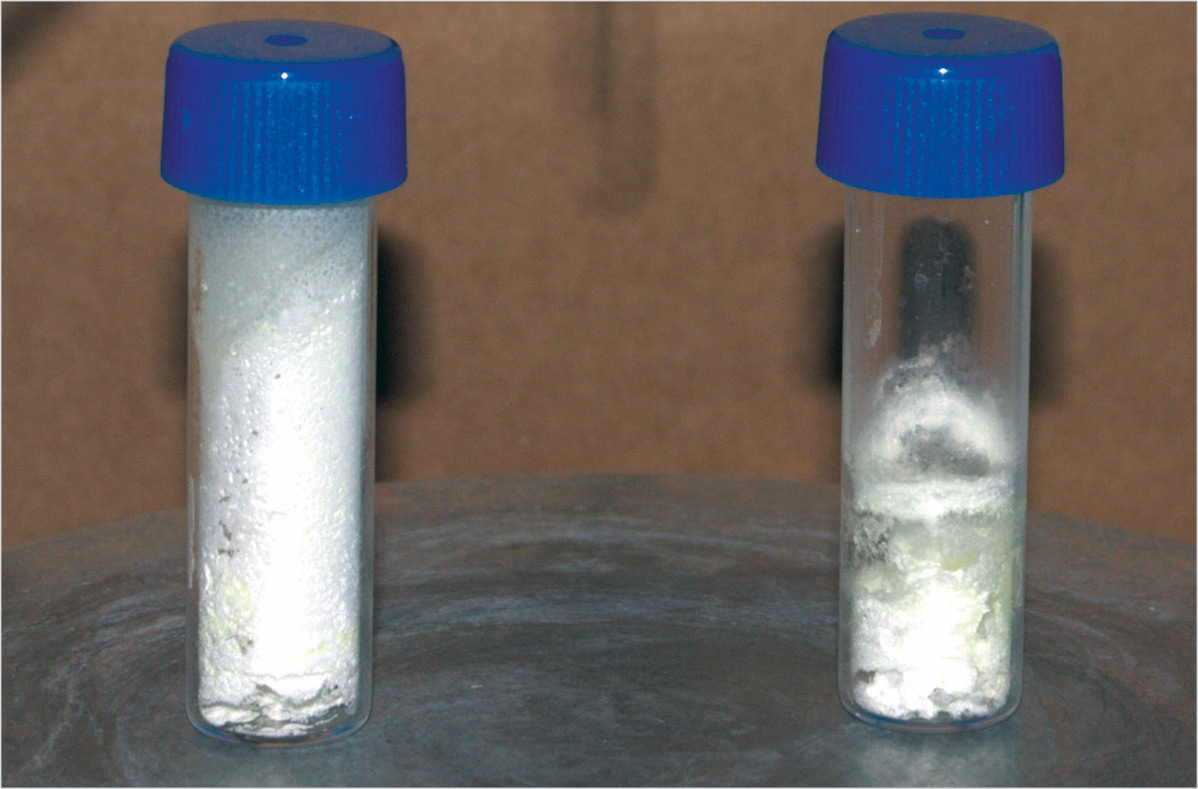 Figure 1: Vials with powder after pruification and solvent evaporation

Pharmaceutical research and drug development are time-consuming processes. After target finding and assay development it may take 10 – 15 years until a new drug can be released. Development costs often reach 500 – 1000 million Euro. New and more efficient technologies in drug discovery can help to accelerate the development process and decrease the costs.

During the drug discovery process, auto purification systems utilizing preparative LC/MS have been utilized widely for purifying newly synthesized compounds ahead of screening. Reversed-phase gradient HPLC methods are often used as ‘generic’ or ‘universal’ methods for a wide range of compounds due to their adaptability and scalability in addition to ease-of-use.

Fractionation and evaporation determine the speed of the purification process

For further structural identification and more detailed testing it is required, which needs fractioning the compounds and transfering them from solution into solid stage. Fractionation and evaporation are key steps after the purification as they determine the speed of the whole process and the quality of the sample for subsequent analytical methods.

Typically, the evaporation is seen as the bottleneck, as soft drying and solvent evaporation take a long time compared to the relatively fast separation. This process is even more problematic when mobile phase additives such as TFA (Trifluoroacetic Acid) remain and may cause false results in screening. Eliminating or shortening the evaporation process is desired by many researchers for improving the throughput and quality of the auto purification process. 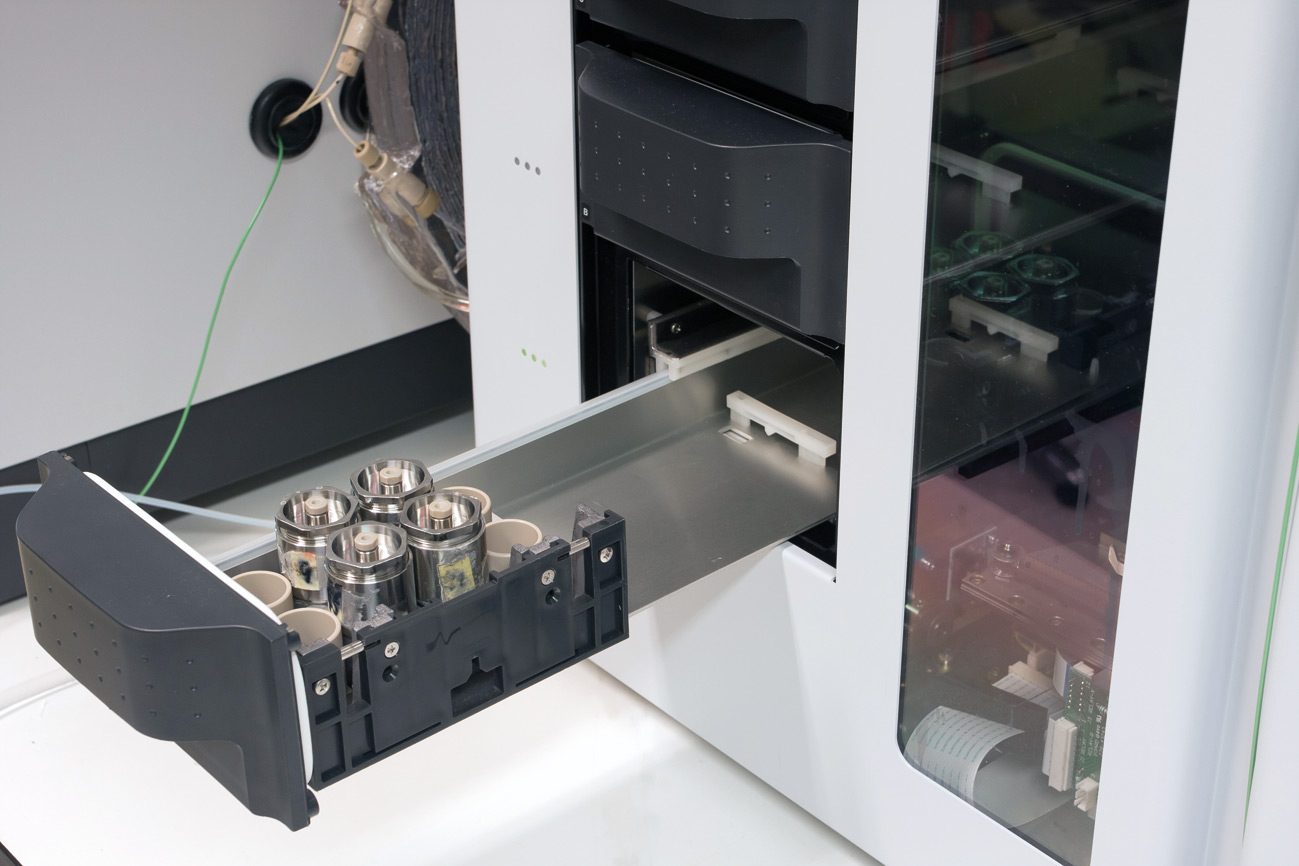 Modern ways of purification (e.g. LC/MS) inevitably produce ‘solutions’ of pure sample (normally solid) in a liquid (mobile phase). Recovery of these solids is generally attempted by evaporative removal of the liquid (N2 blow-down, vacuum centrifuge or a combination of both). This process is generic but unfortunately has some potentially ‘unmeasured’ associated errors.

Any substance which is not sufficiently volatile/evaporable in the mobile phase/background will concentrate together with the sample, leading to loss of mass-purity and potential for significant sample contamination. This can lead to ‘weighing errors’ if weighing is the quantification method, which propagate into preparation of a known-concentration solution. Furthermore, common mobile phase additives such as Formic acid/TFA/TEA etc. can form salts with specific chemical functionalities leading to salt form/stoichiometry issues. In general, HPLC or HPLC-MS based techniques are increasingly the pharmaceutical industry’s method of choice in order to obtain very high purity compounds.

Trapping concept as an alternative to evaporation

An alternative to evaporation utilizes a trapping concept whereby fractions are transferred onto a trap column, washed and preconcentrated and in a second step extracted from the trap as powder.

The eluate from the preparative separation is transferred to the trapping module and flushed onto a trap column. During the transfer the ‘sample’ can be diluted, while modifiers can be applied to ensure that either a salt form or the free base is trapped. 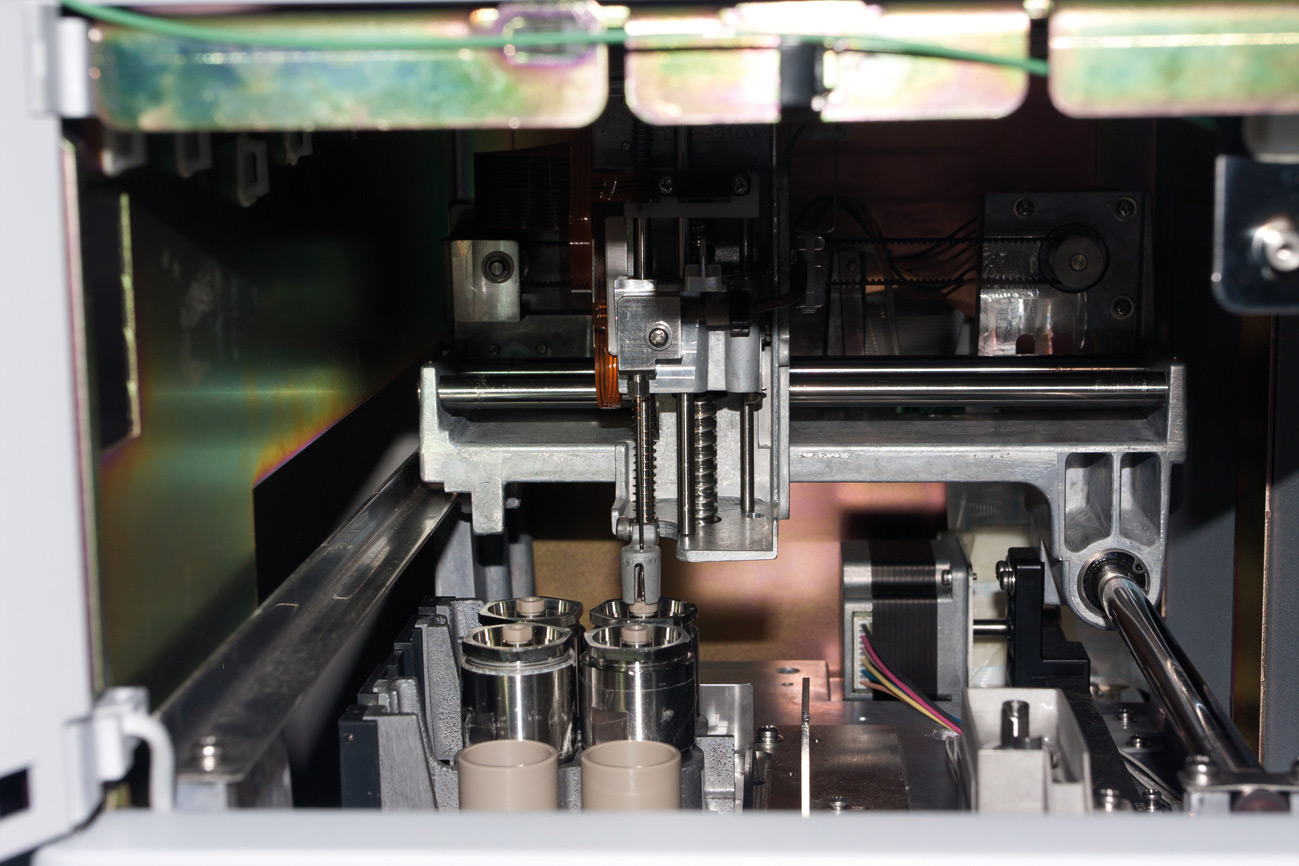 One removal process for all, independent of sample trapping method

Trapping allows as an alternative means the selective removal of just the sample onto a solid support, enabling everything else to pass through or be washed out. The salt form of the sample can then be manipulated prior to recovery in a convenient solvent system (i.e. one that is very easy to remove). This trapping task can be performed on-the-fly as part of your purification process as well as from already collected fractions.

How does trapping actually work?

Trapping works by transferring pure compound ‘fraction’ (obtained from Mass directed autopreparation or similar), with addition of a diluent, onto a trap (20 x 30 mm dimension) which contains a specific resin based on PS-DVB (polystyrene-divinylbenzene). The compound is immobilized while the background solvent/additives etc. are not. The compound can be converted to the free base on-trap. 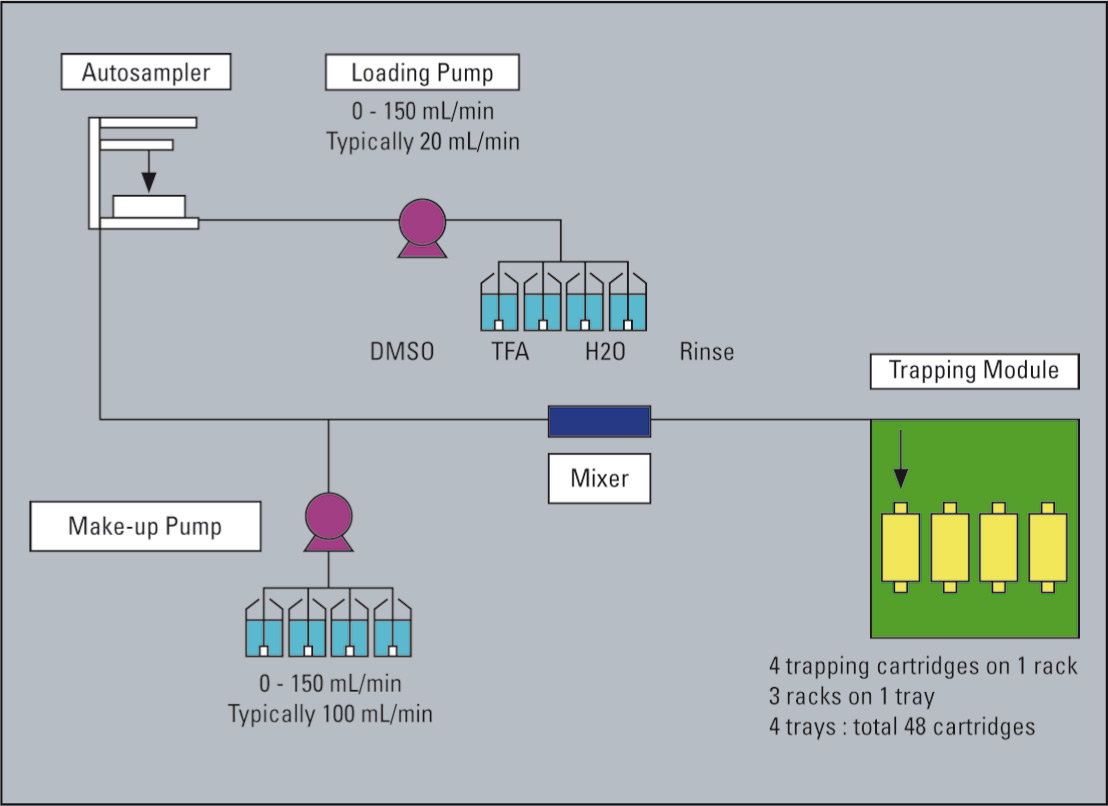 Figure 3: Schematic of the flow line to the trapping systems/Trapping Module

The trap can then be transferred to a recovery module where the compound can be retrieved as a very concentrated solution in a volatile organic solvent, or directly as the dry, powdered material.

Technically, the trap column is flushed in the opposite direction using a non-water miscible solvent which washes out the water from the trap column. The compound is released with this solvent (dichloromethane being used in practice at many sites). The dissolved compound is sprayed with nitrogen into a pre-heated vial and transferred back to the solid stage, remaining as powder in the vial. 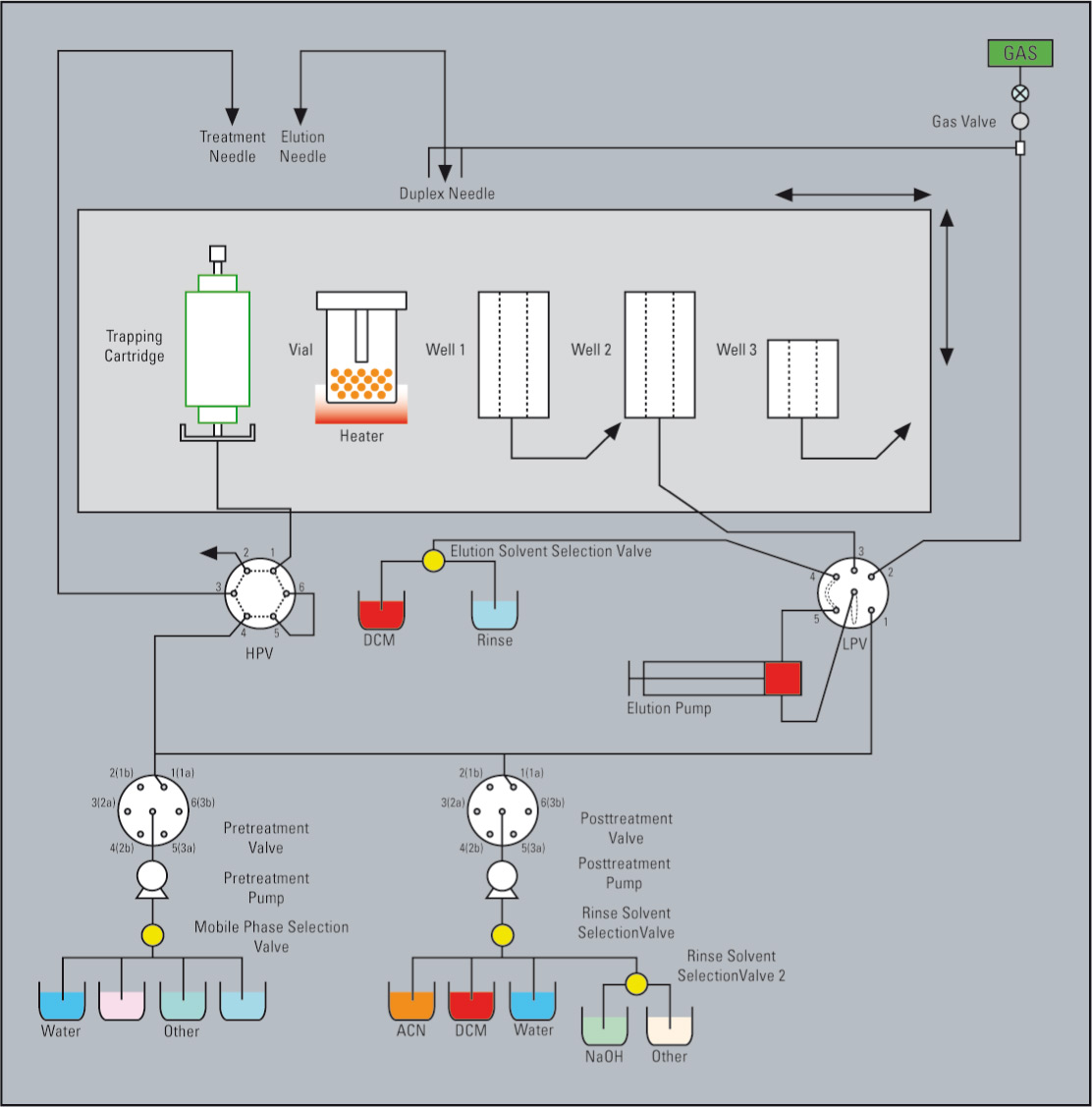 Figure 4: Schematic of the recovery module

It is important for subsequent analysis steps, that the trapped molecule is of high quality, meaning:

Each user (individual chemist) can submit his/her own fractions manage their own traps with ultimately dry recovered samples by management of their own workspace. This takes the form of a set of up to four traps and corresponding recovery (haystack) vials contained within an MTP-footprint workspace (see below).

Task-specific instrumentation developed by Shimadzu performs trapping and recovery operations in dedicated hardware modules. This enables automation of the whole process detailed in an Open Access (OA) mode with a dedicated software wizard. Ultimately, the system can be combined with the LC-MS front-end to function as a complete ‘crude-to-pure’ system purifying up to 150 mg mass of sample in a single trap.

A new compound isolation and handling process based on ‘Solid Phase Trapping’ has been developed providing a new and much improved workflow to deliver pure, largely dry compounds. The offline, two step process will be possible in new, purpose designed instrumentation. Ultimately, this can be combined with the purification system to form a full on-line system.