Identification of steroids in pharmaceuticals and food supplements with LCMS-8045

Anabolic steroids are often encountered in samples of nutritional supplements and pharmaceutical preparations, either due to doping-related activities [1] or cross-contamination issues during production [2]. Developing methods to identify steroids in such samples can be challenging, since the method should be able to monitor numerous steroids with large differences in terms of polarity. Compounds to be monitored comprise relatively polar steroids such as anastrozole as well as low polarity steroid esters which have been occurring with increasing frequency in food supplement samples [3].

The method developed includes testing for testosterone caproate and testosterone isocaproate, a challenging set of isomers which were partially separated (Reso­lution 0.6 as per Eur.Ph.) enabling the analytical method to identify which of the two isomers is contained in the sample. With respect to tibolone, three MRM transitions are reported with no need to resort to derivatization, which is usually the case with tibolone and its metabolites. Finally, a comprehensive rationale is provided for choosing MRM transitions for steroid esters, based on fragments of the free steroid.

The experiments were conducted with Nexera X2 UHPLC system coupled to LCMS-8045 triple quadrupole mass spectrometer. The system consisted of two LC-30AD pumps, a SIL-30AC autosampler and a CTO-20AC column oven with a flow selection valve. The valve was used to divert mobile phase flow to waste during the first 1.5 minutes and avoid contamination of the mass spectrometer with early-eluting matrix components.

Chromatographic separation was achieved with Zorbax SB-C18 Rapid Resolution HT, 50 x 4.6 mm, 3.5 µm (part number 835975-902) maintained at 40 °C. The mobile phase was a mixture of 0.1 % aqueous formic acid and methanol, with gradient elution and a flowrate of 0.4 mL/min. This set of parameters resulted in retention times ranging from 2.4 – 24.0 minutes and a total runtime of 31 minutes including the equilibration step. 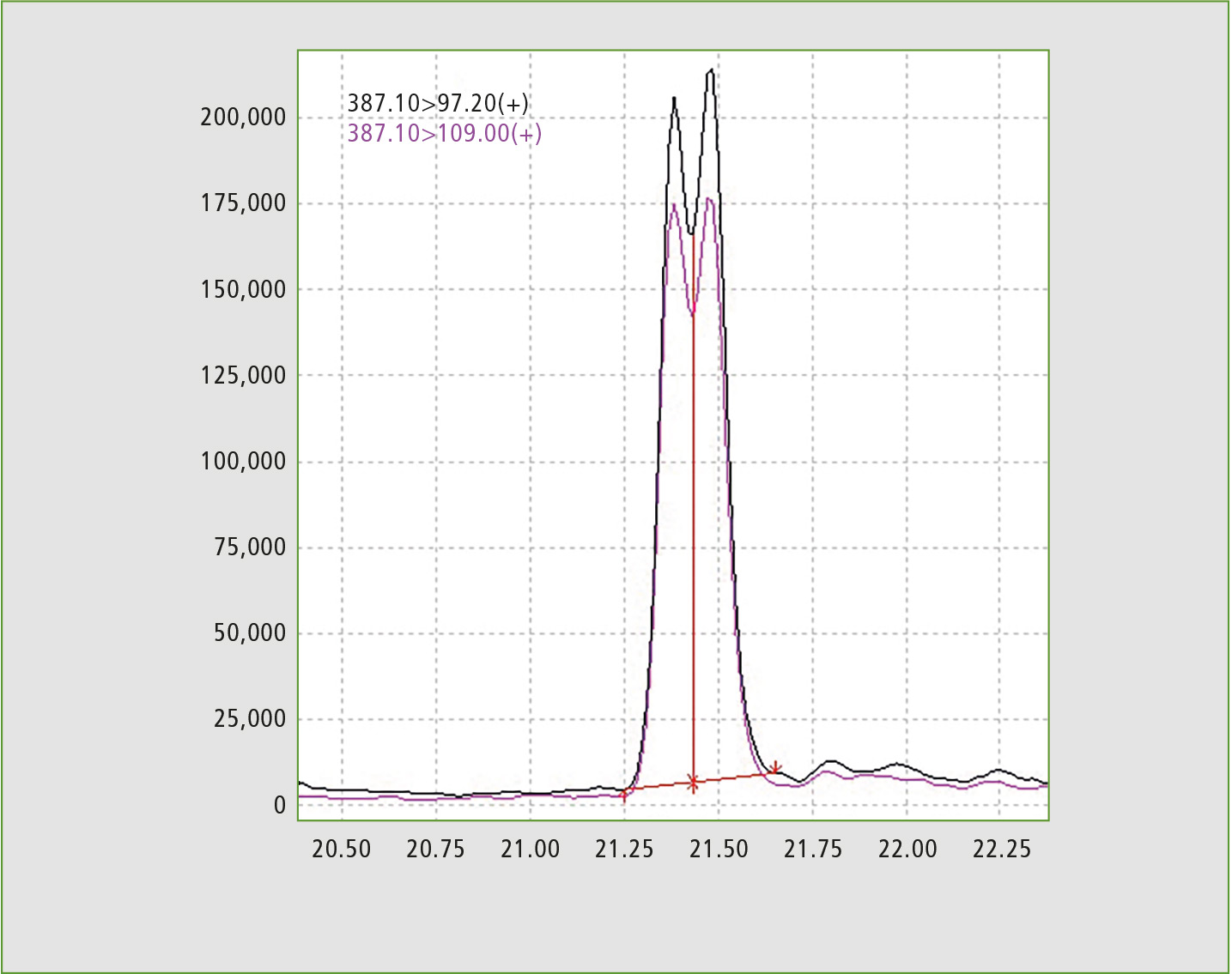 Method development strategy aimed at including a broad spectrum of compounds with respect to polarity while ensuring a reasonable runtime, with a total of 16 steroid esters being included in the analytical method. Regard­ing the mobile phase flowrate, 0.5 mL/min and 0.4 mL/min were tested, with the latter being chosen due to increased sensitivity.

Figure 2: Chromatogram of the standard solution

Autosampler temperature was initially set to 4 °C to ensure stability of the samples. Because heavy precipitation of matrix components was observed when the vials were exposed to 4 °C, the auto­sampler was kept at room temperature and 24-hour stability was established for the analytes.

In order to keep sample pretreatment simple, effortless steps were employed. The solid dosage form samples were homogenized and 100 mg was weighed in a 10 mL volumetric flask. Due to the high solubility of the compounds in methanol, the homogenized sample was dissolved in methanol to ensure high recovery for all compounds (Test Solution 1). Four Test Solutions (TS) were then prepared (TS 2-5) for injection into the instrument.

The compounds to be determined were divided into six groups of similar structure: testosterone and testosterone esters, trenbolone esters, nandrolone and nandrolone esters, methenolone esters, boldenone esters and drostanolone es­ters. The fragments of steroid esters of the same group were ex­pected to be, to a certain extent, common, which was confirmed during the initial mass spectrometry experiments as can be seen in table 2. Therefore, common fragments mentioned in table 2 may be used to choose MRM transitions for other steroid esters, based on fragments of the free steroid. 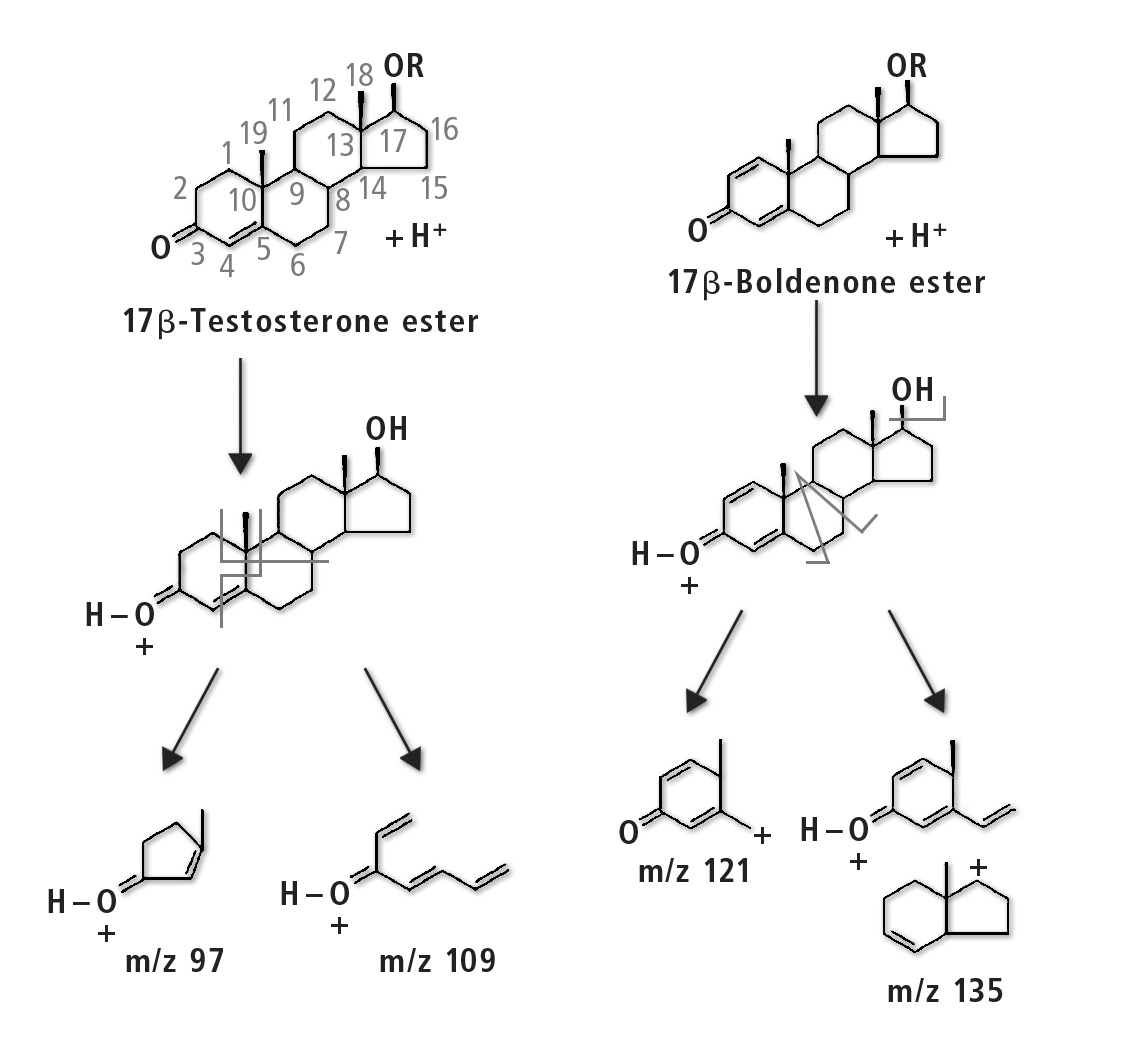 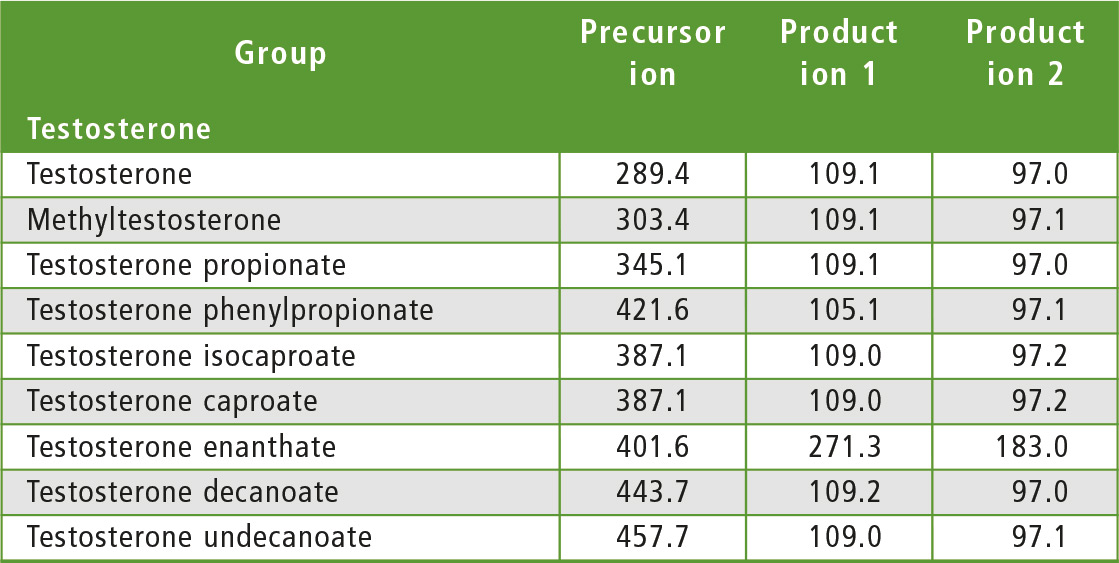 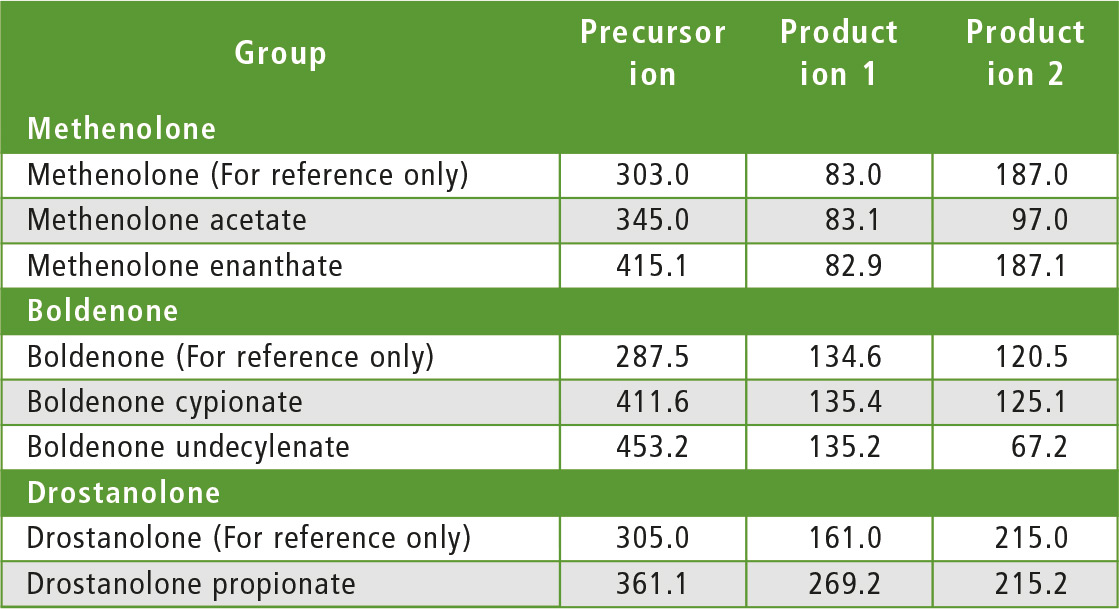 Table 2: Rationale for the choice of MRM transitions 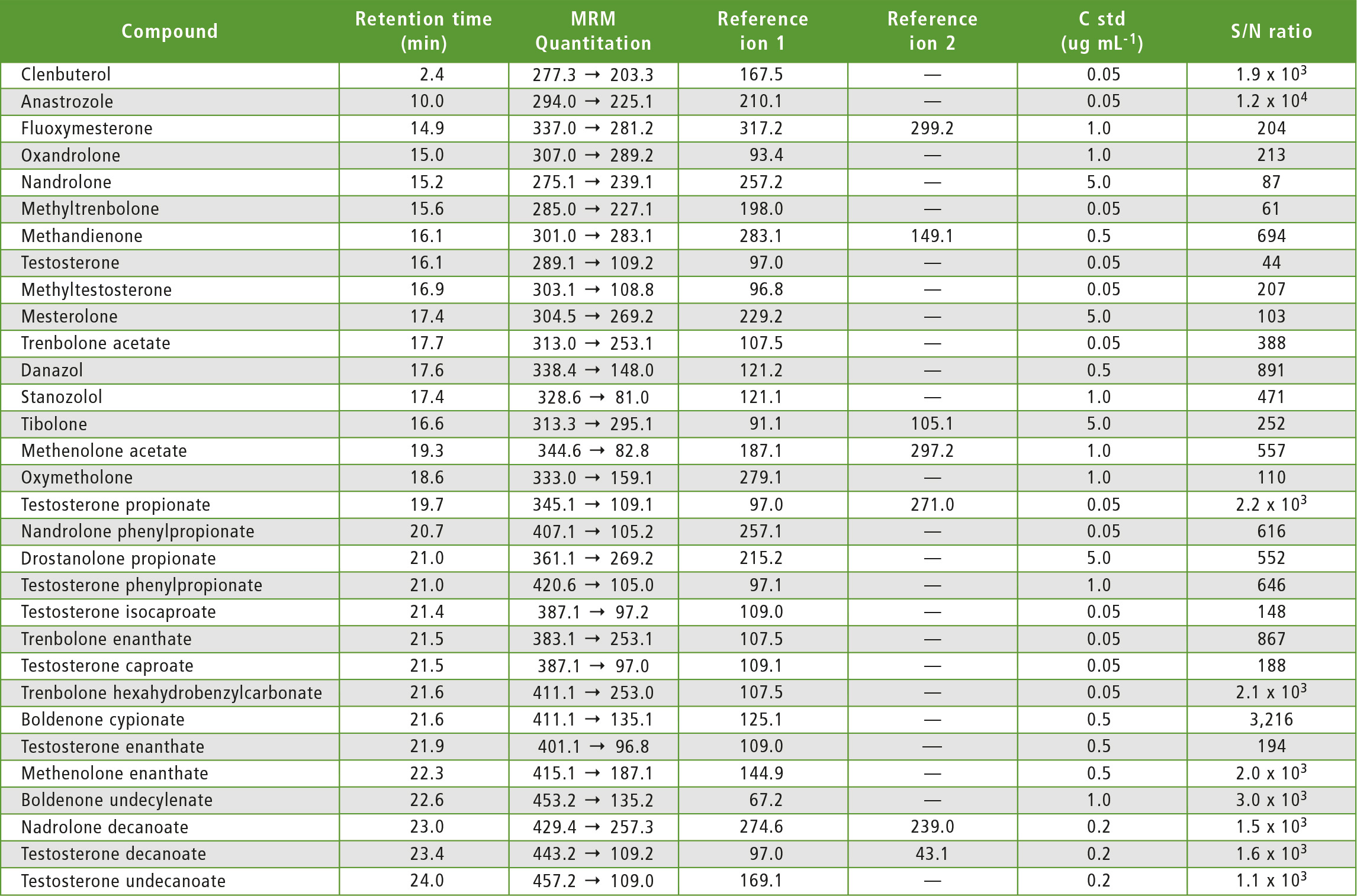 Table 3: MRM transitions for each compound

An analytical method was developed to identify 31 steroids in pharmaceutical preparations and food supplements. This is the first method to identify testosterone caproate in the presence of its isomer, testosterone isocaproate, and vice versa. Key parameters that affect the analysis of all 31 ste­roids have been identified and taken into account.