Biogas is an energy source of the future and can be used in energy generation and supply, or it can be fed into the natural gas networks as biomethane. Energy generation from renewable or regenerative energy sources including water, wind, solar and other biomasses, replaces the use of fossil fuels.

The Institute of Non-Classical Chemistry in Leipzig, Germany, works on the production of biogas from various liquid manures, corn silages and mixtures thereof. Methods for pretreatment of liquid manure and optimization of the fermentation process and biogas yield are investigated. For instance, it has been established that fermentation residues can be further utilized as fertilizers in agriculture. Research is also carried out in this application area, e.g. on methods for ammonia reduction.

Reactors with volumes of 1 to 100 liters are applied for production testing. The prepared liquid manure, or mixtures of other substrates, are used for fermentation. In the laboratory reactors, up to 16 tempered round-bottomed flasks are used in parallel (Figure 1). The biogas generated is diverted via pipelines, the resulting volume is determined pneumatically and the gas composition is analyzed. 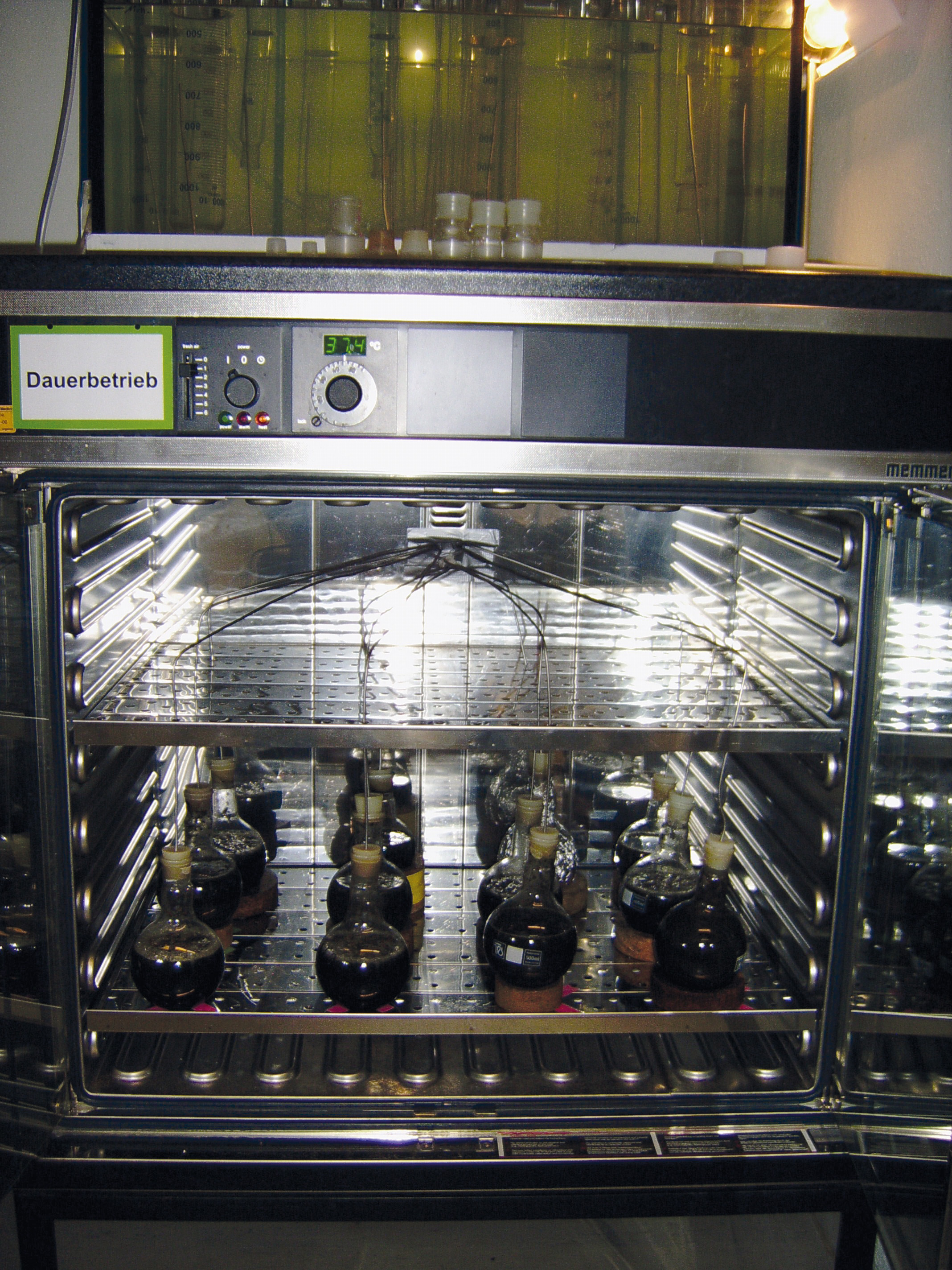 Figure 1: Experimental setup for biogas production in the laboratory

How to determine the initial concentration?

To evaluate the efficiency of the reactor and the method, biogas was subjected to different analyses. An important parameter is the gas chromatographic determination of the methane content. In order to compare the biogas yield of the various substrates, biogas volume or methane volume was expressed in terms of the organic dry matter present in the substrate (SL/kg ODM). This requires accurate determination of the initial concentration of the organic substance in the liquid manure.

For this determination, proven methods are available. The dry matter (DM) of the liquid manure is first determined at 105 °C. The dried liquid manure is subsequently annealed at 550 °C in a muffle furnace to a constant mass. The loss of mass during annealing corresponds to the organic content of the liquid manure. The ratio of methane gas concentration and organic content corresponds to the biogas production yield (fermentation). It is a key criterion for the fermentation of various biomasses and for estimating the efficiency of the fermentation process (Figure 2). 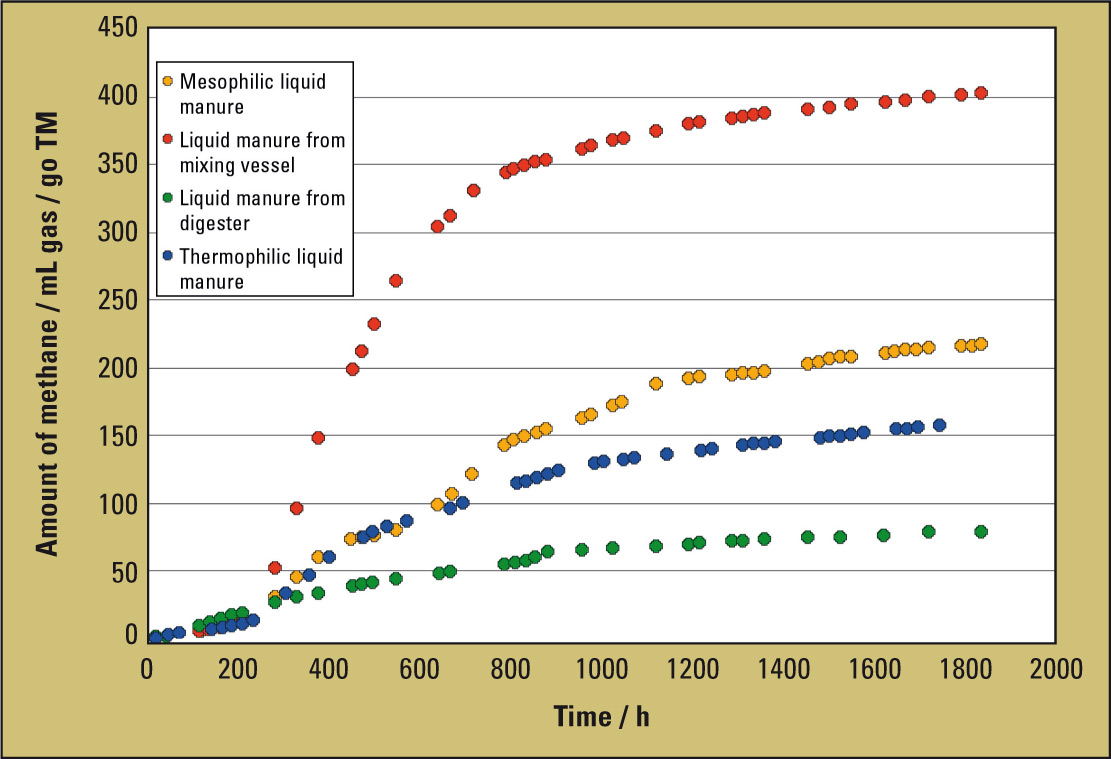 Figure 2: Formation of methane from various pretreated substrate mixtures and during thermophilic (50 °C) or mesophilic (37 °C) operation of the fermenter

TOC suspension as an alternative method

To avoid long annealing times for ODM determination, an alternative method for the determination of the organic substance was pursued. The TOC suspension method was considered as suitable. The dried sample was weighed into an Erlenmeyer flask and mixed with hydrochloric acid to convert the inorganic carbon compounds, such as carbonates and hydrocarbonates, to carbon dioxide. In the next step, a dispersion device was used to break up and homogenize the suspension (Figure 3). During this process, most of the carbon dioxide generated was also removed.

Figure 3: The suspension is dispersed

The final solution is subsequently transferred into the autosampler vials of the TOC-LCPN plus ASI-L system (Figure 4) and analyzed automatically. For this purpose, a small fraction is injected onto the 720 °C hot platinum catalyzer. The organic substances are converted into carbon dioxide and measured using an NDIR detector. 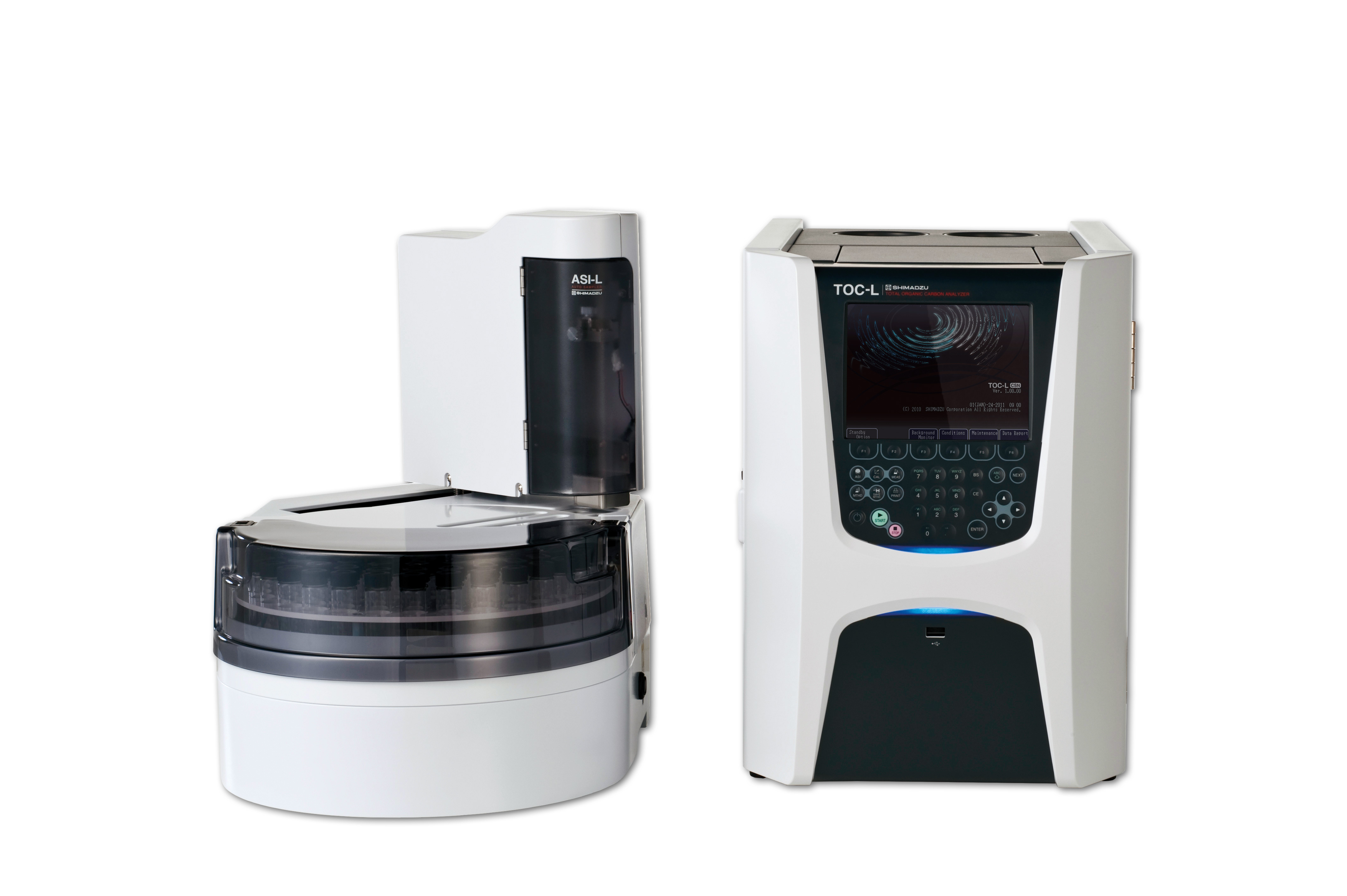 TOC method can be automated

The advantage of the alternative method lies in its suitability for automation. In this way, many samples can be processed automatically in sequence. With the possibility of multiple injections, the method also offers statistical reliability. In the muffle furnace, a combusted weighed sample yielded an ODM value. The suspensions are generally analyzed at least four times to establish a mean value. Figure 5 shows the peaks resulting from such a multiple determination.

Furthermore, TOC determination using catalytic combustion oxidation allows the simultaneous measurement of total bound nitrogen (TNb) because, in addition to the carbon dioxide from organic substances, NO is formed from nitrogen-containing compounds. For the conversion of NO to NO2, the measuring gas ozone was fed to the in-series connected chemiluminescence detector. The photons emitted during this reaction are detected and used in the calculation of the TNb value. Nitrogen compounds also play an important role in the case of liquid manure.

Further information on the Institute is available on the following website: www.uni-leipzig.de/inc/