This study presents the results of using HPLC-PDA-ESI-MS methodology to identify (specifically red) natural dyes used in 17th–19th century tapestries. Analyses were performed at the University of Milan using a Shimadzu LCMS-8045 equipped with a Nexera series UHPLC with photodiode array (PDA) detector, electrospray ionization (ESI) and triple quadrupole. The results showed excellent and fast identification of various species of anthraquinones in different types of dyes using only small sample sizes, even where the concentration of coloring matter had been reduced over time.

Antique and ancient tapestries are an important part of humanity’s heritage. In olden times, they served as important signifiers of wealth and position. In addition, they also conveyed a cultural story accessible to both the literate and the illiterate. In that way, they provided pictorial art similar to paintings, stone statuary, and stained glass.

Unlike some of those forms, however, tapestries (and textiles in general) are easily transportable. That meant that an important story of cultural continuity – of a famous victory or a foundational religious event, for instance – could be reinforced and reproduced wherever there was enough space to hang the tapestries.

But like all forms of pictorial art, tapestries are vulnerable to degradation over time, and most will eventually need the services of professional restorers. Their job is to safeguard the artefact by targeted interventions and/or to restore it to its original glory. In either case, they need to use historically accurate materials and techniques.

The challenge, however, has long been the sample size required. No one wants to cut out a large chunk of an historical tapestry simply to analyze it. As a result of this obstacle, there has not been nearly enough diagnostic analysis of historical dyes and materials. In fact, much is unknown about the materials used over the centuries or what types of dyes were used to dye the yarns. This has made proper restoration difficult in many cases.

The reason why samples have needed to be so large is that tapestries are frequently subject to degradation phenomena. These alter the dyes and reduce the amount to be found in the tapestry. In addition, the presence of chromophores with similar structures can make the identification of the coloring matter difficult. [1]

Researchers at the Department of Chemistry at the University of Milan wondered if there might be a better way to analyze the dyes. They knew that the best technique in terms of selectivity and efficiency is high performance liquid chromatography coupled with mass spectrometry (HPLC-MS) that also allows the resolution of complex mixtures of dyes. [2]. They also knew that the development of tandem mass spectrometers with the possibility to investigate the fragmentation pattern of a specific molecule represented an improvement in the capability of recognizing different compounds, particularly isomers. [3].

Working with other experts specializing in the restoration of textile artefacts, they decided to use these methods to test whether they could use smaller sample sizes to correctly identify the dyes used in tapestries produced between 17th and 19th century, including Profeta, Sogno Arabo, and Lucrezia. Specifically, they decided to focus on the red yarns.

The analyses were performed using a Shimadzu LCMS-8045. The instrument was equipped with a Nexera series UHPLC with photodiode array (PDA) detector, electrospray ionization (ESI) and triple quadrupole, which operated both in scan and product ion scan mode. A biphenyl column was used (2.1 x 100 mm, 2.7 μm) and the mobile phase selected was gradient of water (eluent A) and methanol supplemented with formic acid (eluent B); the gradient used is reported in Table 1.

Shimadzu equipment was chosen for two specific reasons. First, the equipment is highly regarded in the scientific community for its advanced technology and overall sensitivity. The latter point was particularly interesting for the researchers at the University of Milan, as they were testing whether a very small sample of degraded material would be sufficient to achieve excellent results. Second, Shimadzu Italia S.r.l. offered dedicated expert assistance in optimizing the ability of the researchers to exploit the full potential of their equipment.

The red dyes were extracted from the textile fibers and prepared accordingly to a methodology previously set up [4, 5] with an acid-methanolic mixture. Samples were treated with 3 mL of CH3OH and 100 µL of HCl. The solution was kept in a water bath at 70 °C for one hour. Then, the solution was dried under N2 gentle stream. The residual matter was finally dissolved in 120 µL of CH3OH before injection [5, 6]. 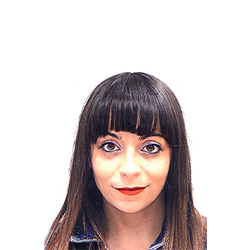 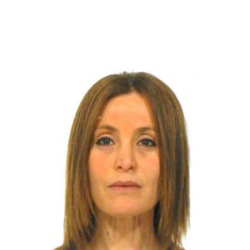 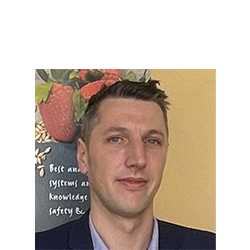 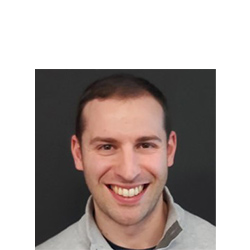 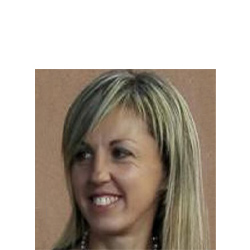 The red yarns belonging to tapestries of different historical periods show hues ranging from pink to violet (Figure 1). Samples were collected and investigated in order to understand the type of dyes involved and their chemical nature.

Initially, the focus was on fibers from a tapestry dated to the 17th century; the use of madder as the main dye was shown in all samples tested. Specifically, the presence of the anthraquinone compounds alizarin 239 m/z [M-H–] and purpurin 255 m/z together with other compounds was studied (Table 2). All of the identified anthraquinones were compared both with the database previously created and the literature data [7, 8, 9].

Analyses performed on yarns collected from tapestries from the 19th century (Figure 2) highlighted the use of a mixture of madder and cochineal in all the samples; the second of these was identified by the presence of carminic acid 491 m/z [M-H–], kermesic acid 329 m/z [M-H–] and flavokermesic acid 313 m/z [M-H–] (Table 3). All the identified compounds were compared both with the database previously created and with the literature data. [4, 10, 11]

Based on their work, the researchers concluded that the HPLC-PDA-ESI-MS technique was eminently suitable for the identification of various species of anthraquinones in different types of dyes, even in historical artefacts where concentration of the coloring matter had been reduced over time or where degradation processes had occurred. In addition, observations of the samples from the 19th century revealed that it is possible to highlight the use of a mixture of dyes. In particular, the possibility of collecting the fragment ions spectra was fundamental to confirming the attributions.

There were already techniques available for extracting color from fibers. What the researchers at the University of Milan discovered was that new techniques and technology now made it possible to increase the speed of data acquisition. They also concluded that it is possible to identify various species of anthraquinones in different types of dyes using only very small samples, even in artefacts where the concentration of the coloring substance has decreased over time.

This is extremely important news for the preservation and restoration of all historically significant textiles. Not only does the HPLC-PDA-ESI-MS method provide the information necessary for the correct restoration of an artefact; it does so with a minimally invasive approach that respects the integrity of the object under examination.

In addition to broadening the knowledge of historical textile manufacture, this study provides a much-needed tool for the ambitious exploration of a part of our common human heritage. It is of great interest to art historians and restorers, the entire scientific-diagnostic community, and to all those with an interest in learning more about the past.