Speeding up with Velox Core Shell

So far, the Shim-pack column portfolio has exclusively covered fully porous columns. The new ”Shim-pack Velox Core Shell“ series closes the gap in the range of columns and thus serves a larger number of application requirements than before. The word velox derives from Latin, meaning ”fast“ or ”quick“. It stands for columns with a fast separation performance leading to shorter analysis time when compared to conventional, fully porous columns.

Core shell means that the single filling material particles of the column are not fully porous as usual but have a solid core covered with the fully porous material, just like a shell (figure 1). Core shell literally means wrapped core. 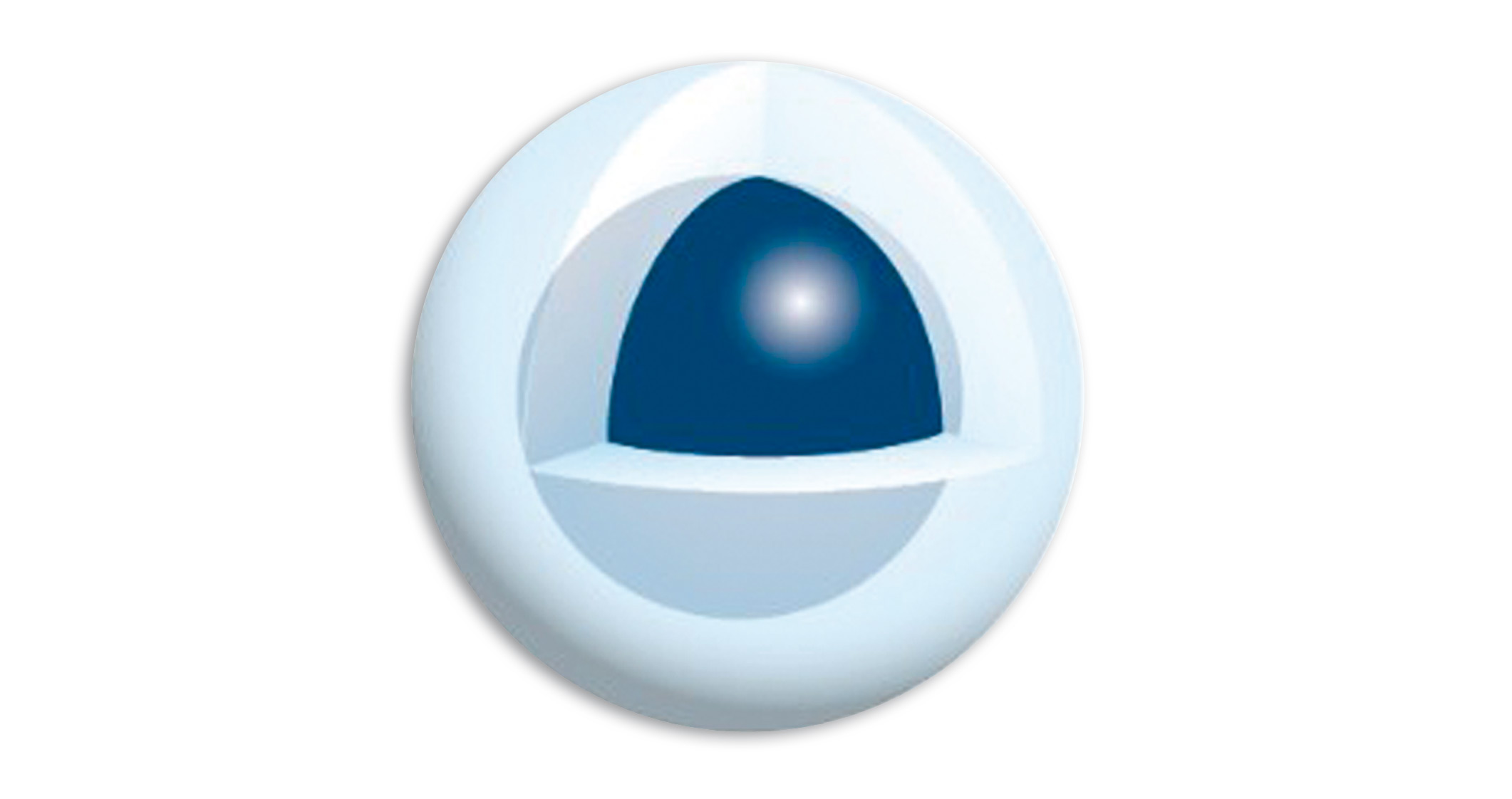 Figure 1: Schematic structure of a core shell particle with a solid core (dark blue) and the porous layer (light blue)

The solid core is impermeable to solvents and analytes. This results in a considerably shorter contact time between sample and stationary phase, thus leading to shorter analysis time and higher efficiency of the analysis. One of the characteristics is that the efficiency of a smaller, fully porous particle size (e.g. 1.9 µm) is comparable to a larger particle size of a core shell particle (2.7 µm).

Since system back pressure increases strongly with smaller particles, another benefit of core shell particles is a lower increase of overall pressure, especially when the HPLC system is not very pressure stable and a faster separation is desired. The flow rate can therefore be higher than for columns with fully porous materials. In the following text, these effects are tested in an application.

The two chromatograms in figures 2 and 3 demonstrate a comparison of a fully porous column and a Core Shell column. The methods were identical for both columns. The retention times are compared in table 1. 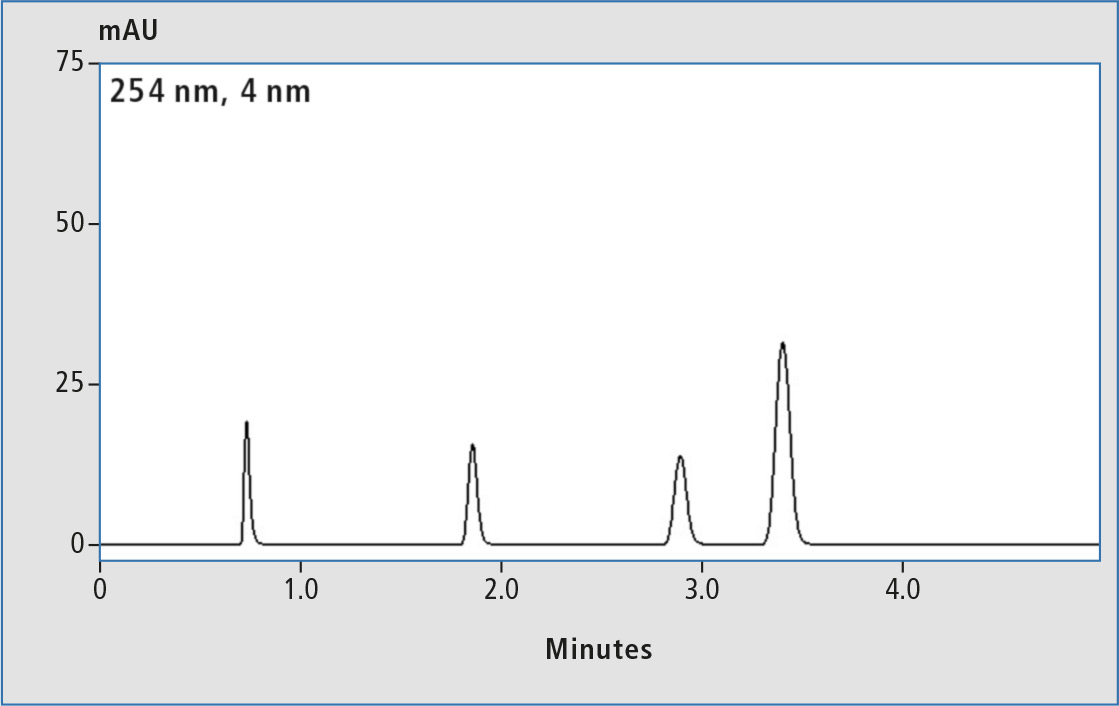 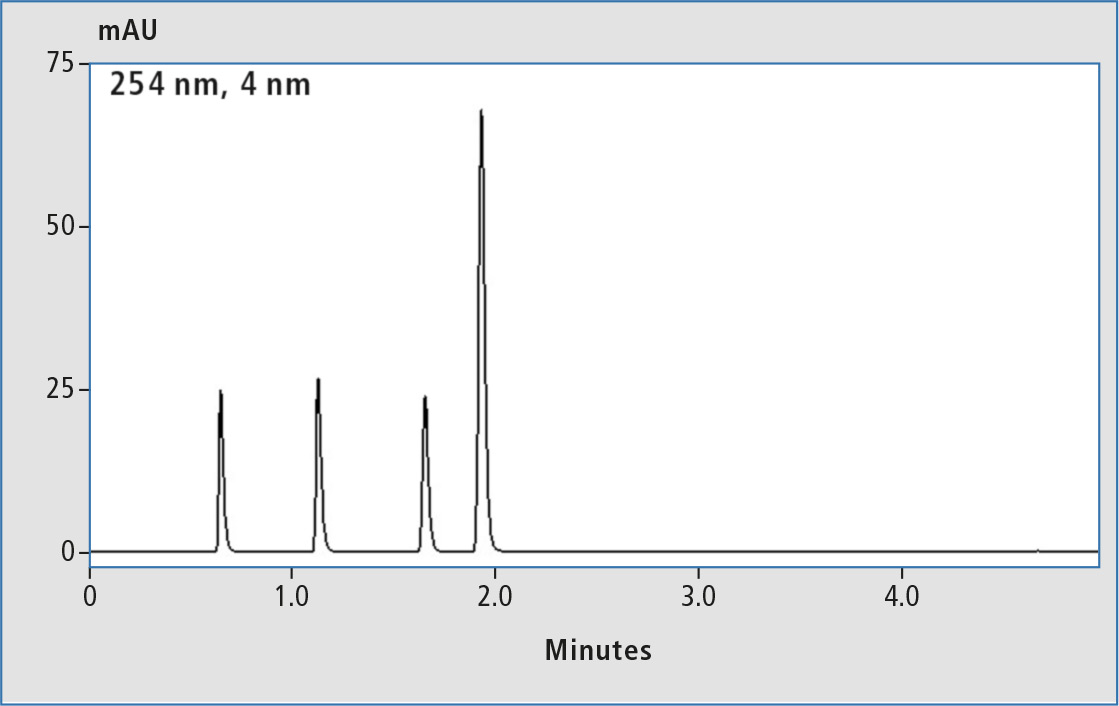 In the last peak (naphthalene), retention time and peak width differed significantly. Besides the effect of Core Shell Particles or fully porous particles, this is due to the role of carbon content and the surface of the columns in addition to the column type, which contribute strongly to the retention. The larger the surface area and carbon content on the column, the higher are the interactions between the analytes and the stationary phase, and the higher is the retention. Carbon content is 7 % for the Velox C18 column and 14 % for the GIST C18 column; surface area is 130 m2/g (Velox) and 350 m2/g (GIST). It is clearly visible that the peaks in the Velox column method are much narrower and higher than with the fully porous column.

The Core Shell Velox portfolio covers a wide range of stationary phases and dimensions. A suitable precolumn is also available for each stationary phase. Figure 4 shows all phases with their specifications.

In the following, the different types are shown individually:

Shim-pack Velox SP-C18
SP stands for “sterically protected.” Due to the steric protection, the column can be used very effectively for mobile phases in the strongly acidic pH range (pH 1-3). The retention profile is balanced, and the column is also suitable for LC-MS/MS (mass spectrometry) analysis.

Shim-pack Velox C18
This phase is the standard choice for reversed phase chromatography. The Velox C18 has the highest hydrophobic retention in the Velox portfolio. It is compatible with slightly acidic to neutral pH values of the mobile phase.

Shim-pack Velox HILIC
With Velox-HILIC (Hydrophilic Interaction Chromatography), polar analytes can be retained. The chemical composition of the stationary phase is pure silica. MS sensitivity is increased, partly due to the high organic content that can be used in HILIC mode.

When does it make sense to invest in a Core Shell column? As is often the case, this depends on the application, but also on the existing HPLC device to perform the measurement. Many users use Core Shell columns to convert an existing HPLC method into one with UHPLC characteristics. Fully porous columns with larger particles are replaced by Core Shell columns with smaller particles. The user then benefits from faster analysis without too much back pressure exceeding the limits of the HPLC system. Further advantages are large savings in costs and time.

Since the loading capacity of Core Shell columns is not as high as that of fully porous columns due to the solid core, there is less material in the column with which the sample can interact. If the sample is too highly concentrated, this has a negative effect on the peak shape.

In general, a Core Shell column is suitable if:

the analysis time should be shorter, without much investment,

a higher throughput is desired,

the current HPLC system does not have a system volume that is too high (narrow peaks are widened again by higher system volumes),

UHPLC columns have an excessively high back pressure or a short service life,

problems with clogging occur with the current method, or

loadability is not important.