Preparative purification of Ibuprofen and its related substances by Prominence UFPLC

Pharmaceutical companies are developing compounds of increased complexity – drugs with numerous functional groups in a single molecule, polymeric compounds, biopharmaceuticals such as peptides, proteins and many others – that must be purified, in production quantities. Regulatory agencies continue to press for more stringent requirements in purity of pharmaceutical products and, especially, drug substances. An acute need exists for other tools in addition to crystallization, the classic technique for purification, to address a growing number of purification problems.

This happens by automation not only of fractionation of the target compound but also the related processes of concentration, purification and recovery. This article introduces an example of preparative purification of a mixed sample of the pharmaceutical compound Ibuprofen and its analogs using Shimadzu’s UFPLC Advanced System (figure 1) [1]. 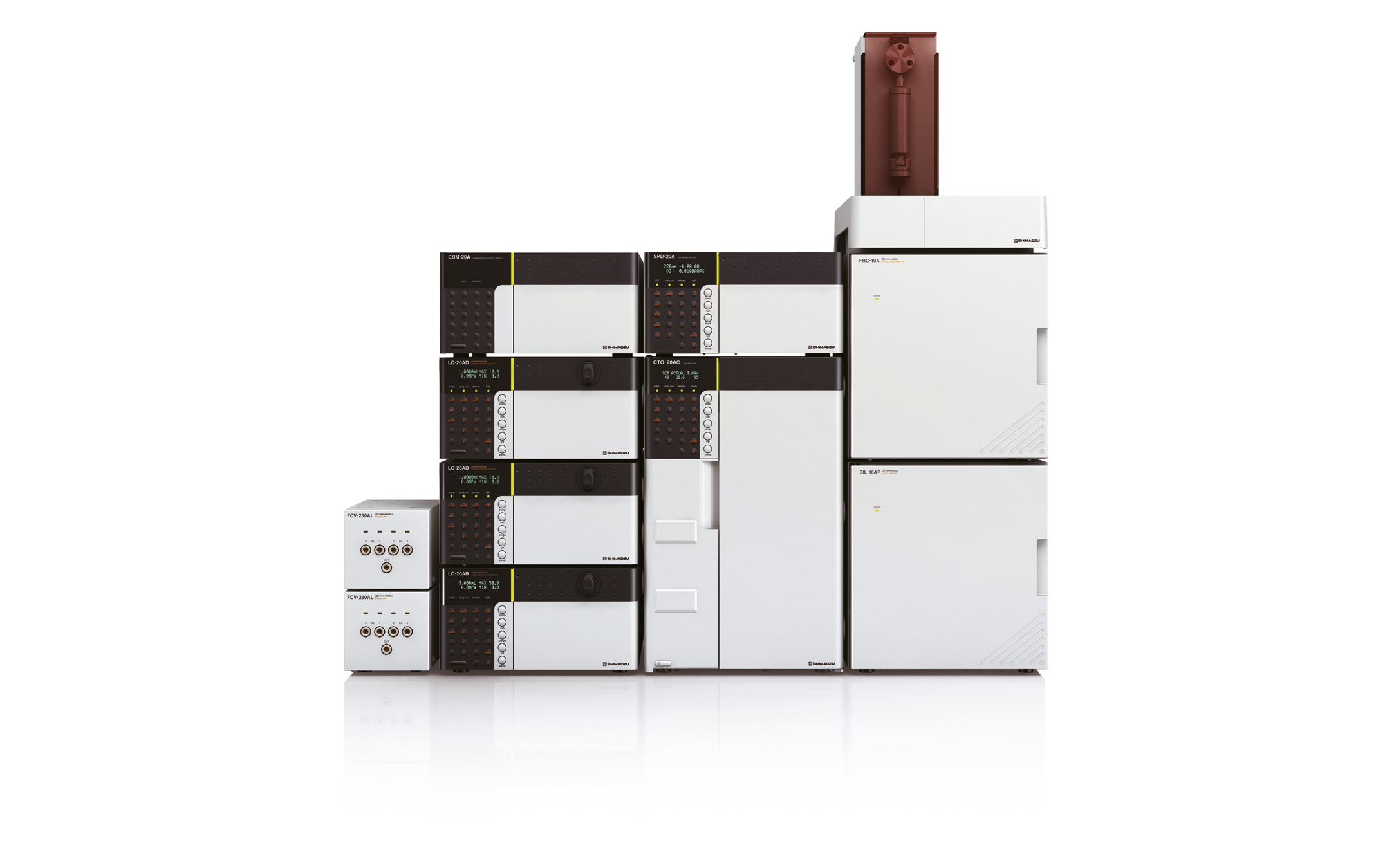 UFPLC automatically performs the various processes related to preparative isolation of target compounds using a combination of preparative LC and trapping columns. Details of these processes are as follows:

An outline of the respective processes is shown in figure 2.

The system integrates preparative LC with fraction trapping for up to five compounds of interest. It is controlled by a dedicated walk-up software designed to simplify the workflow also for non-expert users. It allows to easily set conditions for chromatographic separation and isolation of target compounds, trapping, eluting and collecting highly purified compounds in as little as 90 minutes. For applications involving the isolation of low concentration targets, replicate injection and collection to the same trapping column to increase the amount of compound trapped on column prior to elution is easily accomplished.

High purity compounds, optionally recovered as a free base

The Prominence UFPLC eliminates some of the problems associated with conventional prep LC, especially poor purity of collected compounds due to mobile phase additives, which become contaminants in the final collected fraction and inhibit powderization. Shimadzu’s “Shim-pack C2P-H“ trapping column strongly retains target compounds, allowing unwanted organic solvents, water and additives to be flushed away. Additionally, rinsing the column with an aqueous ammonia solution after trapping allows compounds to be recovered as free bases which are generally easier to powderize, typically providing better quality results when used in drug screening and pharmacokinetic studies. All eluted compounds are finally collected in a highly volatile organic solvent, which reduces fraction dry-down time by up to 90 % compared to conventional LC fractions.

Preparative purification of Ibuprofen and its analogs

Ibuprofen is one type of nonsteroidal anti-inflammatory drug (NSAID) used as a fever-reducing drug and analgesic. The United States Pharmacopeia (USP) provides analytical methods for Ibuprofen and its analog 4-isobutylacetophenone, using valerophenone as an internal standard [2]. This article describes preparative purification of these three components using the Shimadzu UFPLC system (figure 3). Preparative LC and purification conditions are displayed in table 1. 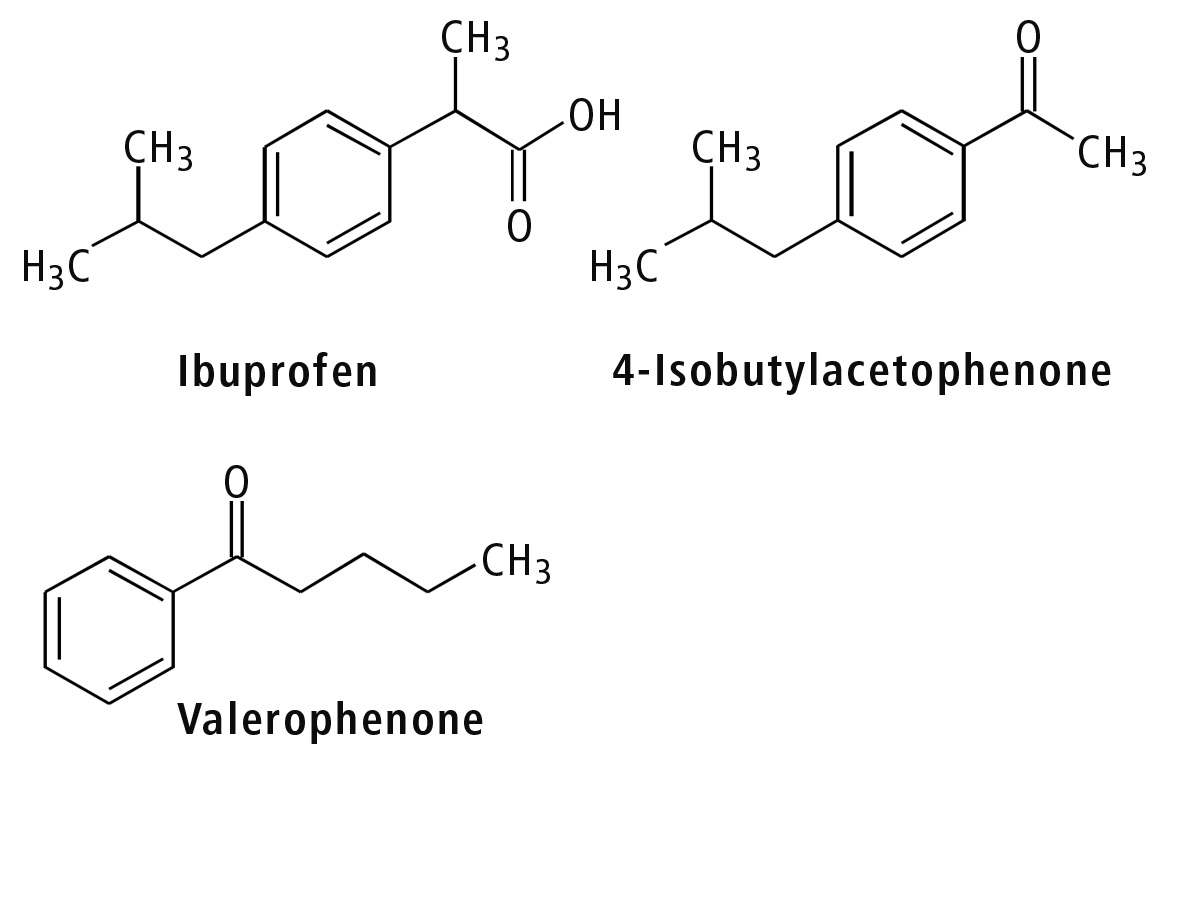 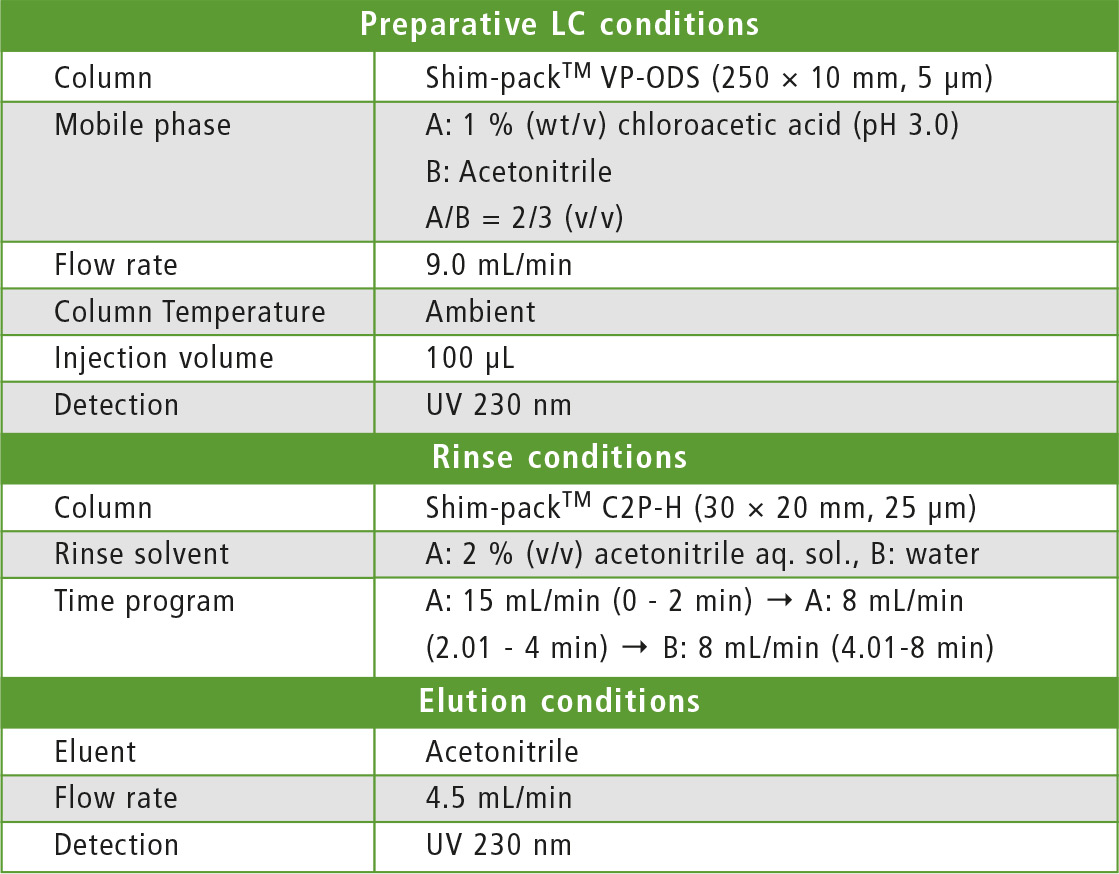 Figure 4 shows the preparative LC chromatogram of the mixed solution of Ibuprofen and related compounds. It was prepared by dissolving the three target compounds with mobile phases to a concentration of 5,000 mg/L. 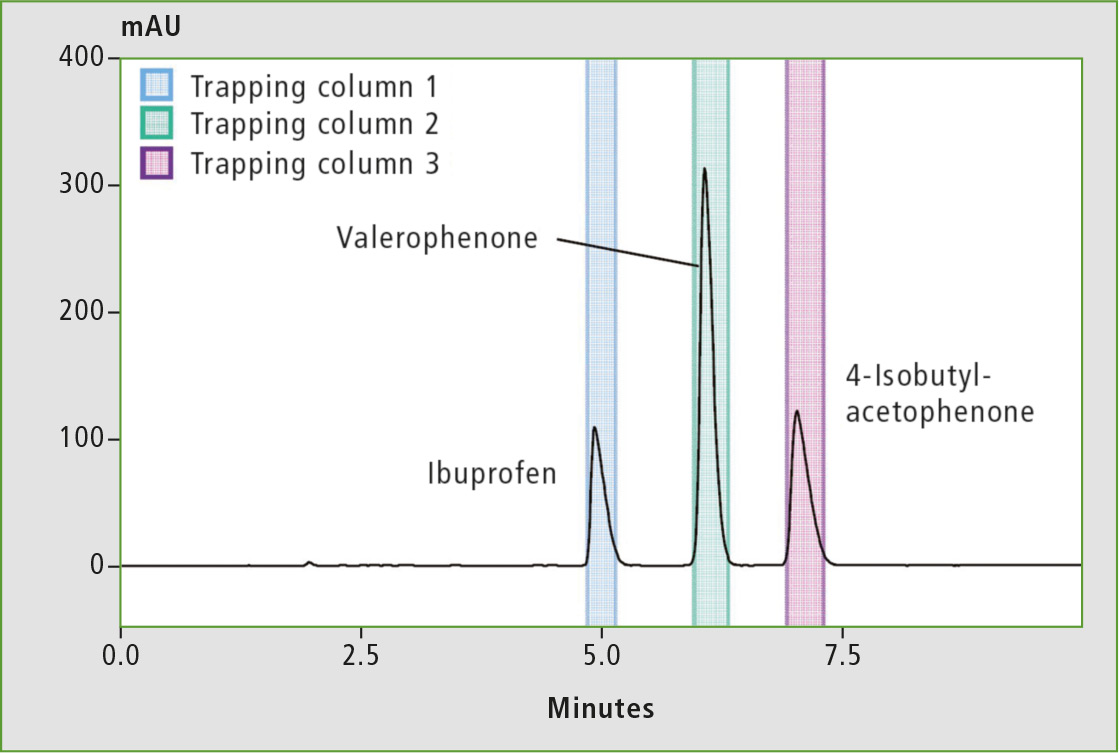 Figure 4: Preparative LC chromatogram of Ibuprofen and its analogs (UFPLC)

Verification of purity of Ibuprofen and its analogs

The fractions of Ibuprofen, valerophenone and 4-isobutylacetophenone collected by UFPLC were analyzed by standard HPLC to verify the purity of the compounds. Table 2 shows the analytical conditions and figure 5 shows the chromatograms obtained for each fraction. Purities of the target compounds contained in each fraction determined by area normalization at UV 230 are listed in table 3. 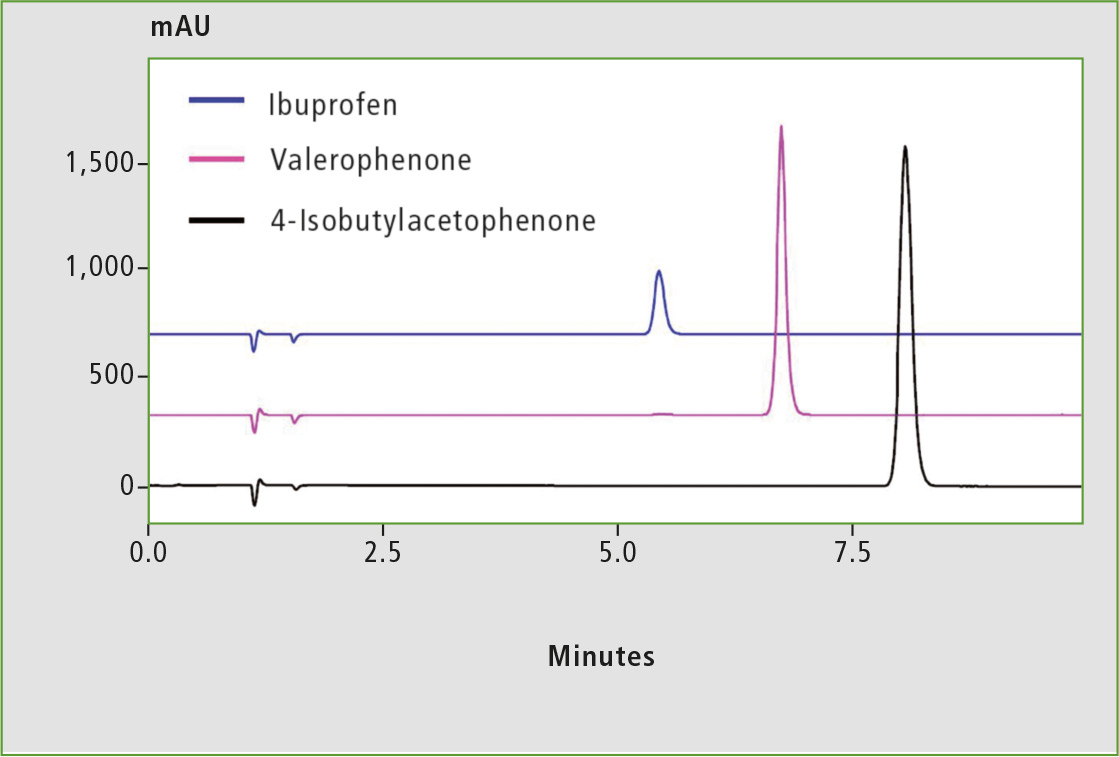 Figure 5: HPLC analysis of Ibuprofen and related compounds in fractions obtained by UFPLC

Prominence UFPLC Ultra-Fast Preparative and Purification Liquid Chromatograph was shown to enable fast recovery of highly purified target compounds in a simple automated workflow. Ultrahigh weight purity compounds can be obtained by implementing preparative separations and fraction purification. For powderization of the pure sample, an extremely long drying time is necessary using conventional reversed-phase preparative LC, due to a high amount of water in the mobile phase. Moreover, in cases where a nonvolatile buffer solution is used, the salt can precipitate after drying. In preparative purification using UFPLC, it is possible to remove the nonvolatile salt used in the separation process, as desalting is performed in the trapping columns. Drying time is substantially reduced by use of organic solvent for sample recovery from the trapping columns, contributing greatly to improved efficiency in any application requiring preparative purification.