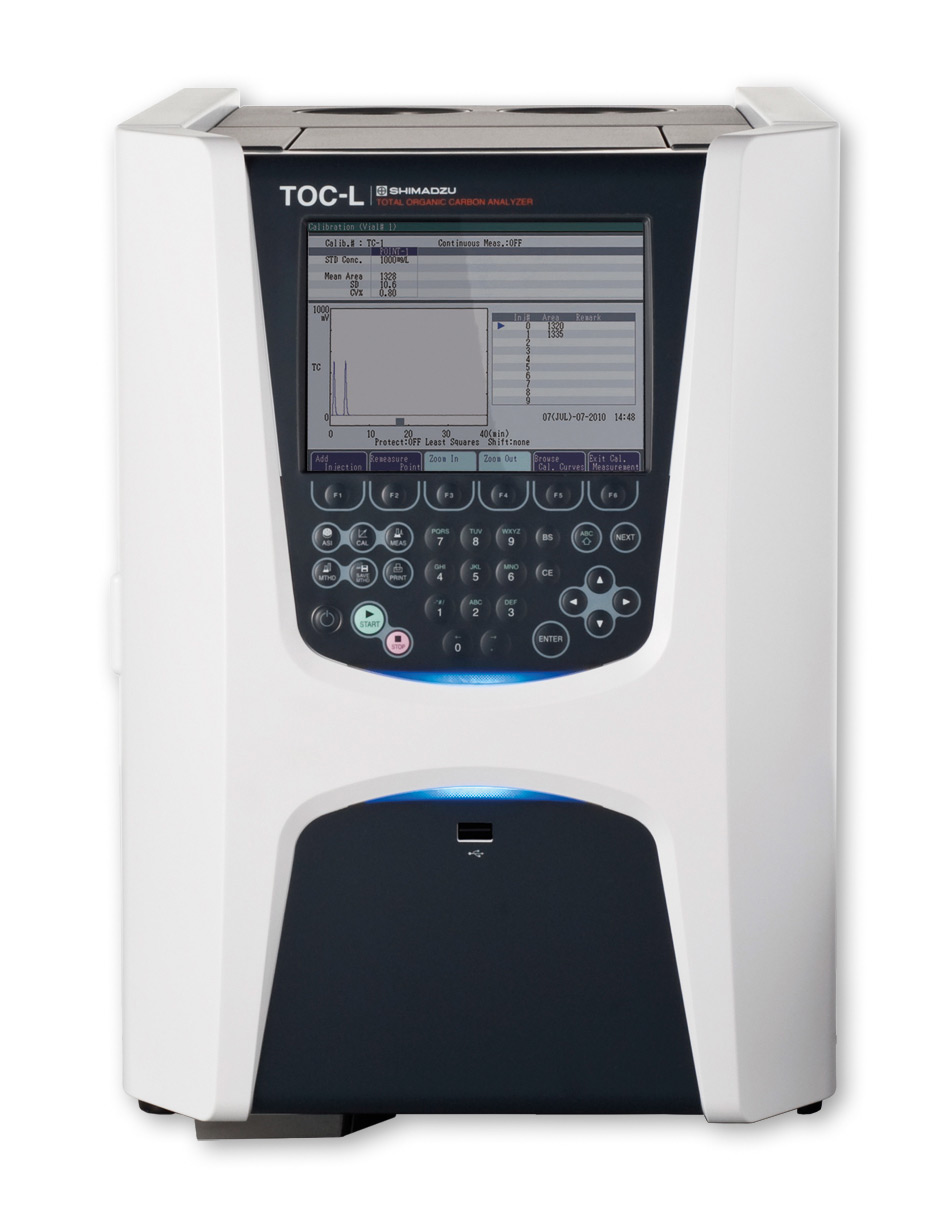 The determination of the TOC (Total Organic Carbon) parameter has become firmly established in many application areas. Whether in environmental analysis, pharmaceutical or chemical industries – TOC determination is used wherever contamination by organic components plays a role.

In the most frequently used TOC determination method, the sample is first treated with a mineral acid in order to convert the inorganic carbon compounds, such as carbonates or hydrogen carbonates to carbon dioxide, which is then removed via the carrier gas stream.

An aliquot of the sample is subsequently injected onto a hot catalyst where the organic components, in turn, are converted to carbon dioxide and transported to a NDIR detector via a carrier gas, which detects the resulting CO2.

Problem: effect of salt accumulation on the catalyst

While water evaporates during combustion oxidation and the organic substances present in water are completely converted to carbon dioxide, salts such as sulfates or chlorides accumulate on the catalyst with each injection.

Salt buildup on the catalyst or in the combustion tube is one of the most frequently occurring technical problem in TOC analysis. Depending on the combustion temperature, the salts can melt and clog the active surface of the catalyst. Residues of the molten salts on glass components, such as the combustion tube, cause destructive stresses upon cooling or heating. Samples with high-salt content thereby increase the need for maintenance and decrease the lifetime of the analyzer.

To prevent such problems, it is important to use combustion temperatures that are below the melting points of common salts. Already during the 1980’s, Shimadzu has developed the 680 °C combustion method. The TOC analyzers oxidize the organic compounds in combination with a highly effective platinum catalyst at a temperature of 680 °C. As shown in table 1, this temperature is below the melting points of common salts. 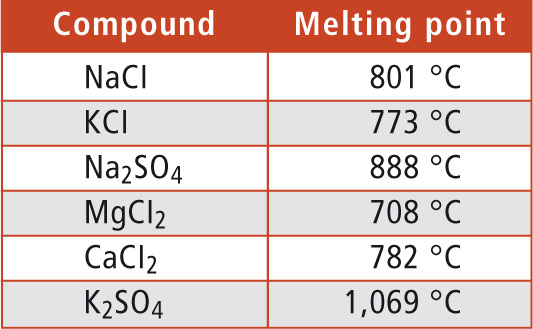 Analyzers of the TOC-L series also feature an integrated sample preparation module, which makes it possible to perform automatic dilution of the sample. The module cannot only be used to dilute the TOC content of a sample, but also to reduce the concentration of the sample matrix.

Sometimes, the low TOC concentration in samples such as seawater or pure salt solutions and brines, do not allow for dilution. Special kits for salt-containing samples are available for these situations. They consist of a combustion tube that has a special geometry. The tube is filled with differently sized catalyst beads that are fixed by a coarsely meshed ceramic lattice. This design allows the salts to crystallize and to trickle down the packing of the catalyst tube as well as the ceramic lattice without clogging the packed tube.

Figure 1: At 680 °C, the salts crystallize and trickle through the combustion tube into the salt trap (figure 1c). The figures show the catalyst before measurement and after measurement of a 9 % salt solution (600 injections).

A so-called salt-trap is situated underneath the ceramic lattice (figure 1c). The salt trickling down the catalyst tube accumulates here. Experience shows that the use of this salt kit enables measurement of sample amounts up to twelve times higher compared to the use of a conventional catalyst. Using a salt kit, it is possible to carry out about 2,500 injections of a seawater sample. It is even possible to carry out TOC analyses of highly concentrated sodium chloride brines (28 %) using such a kit. 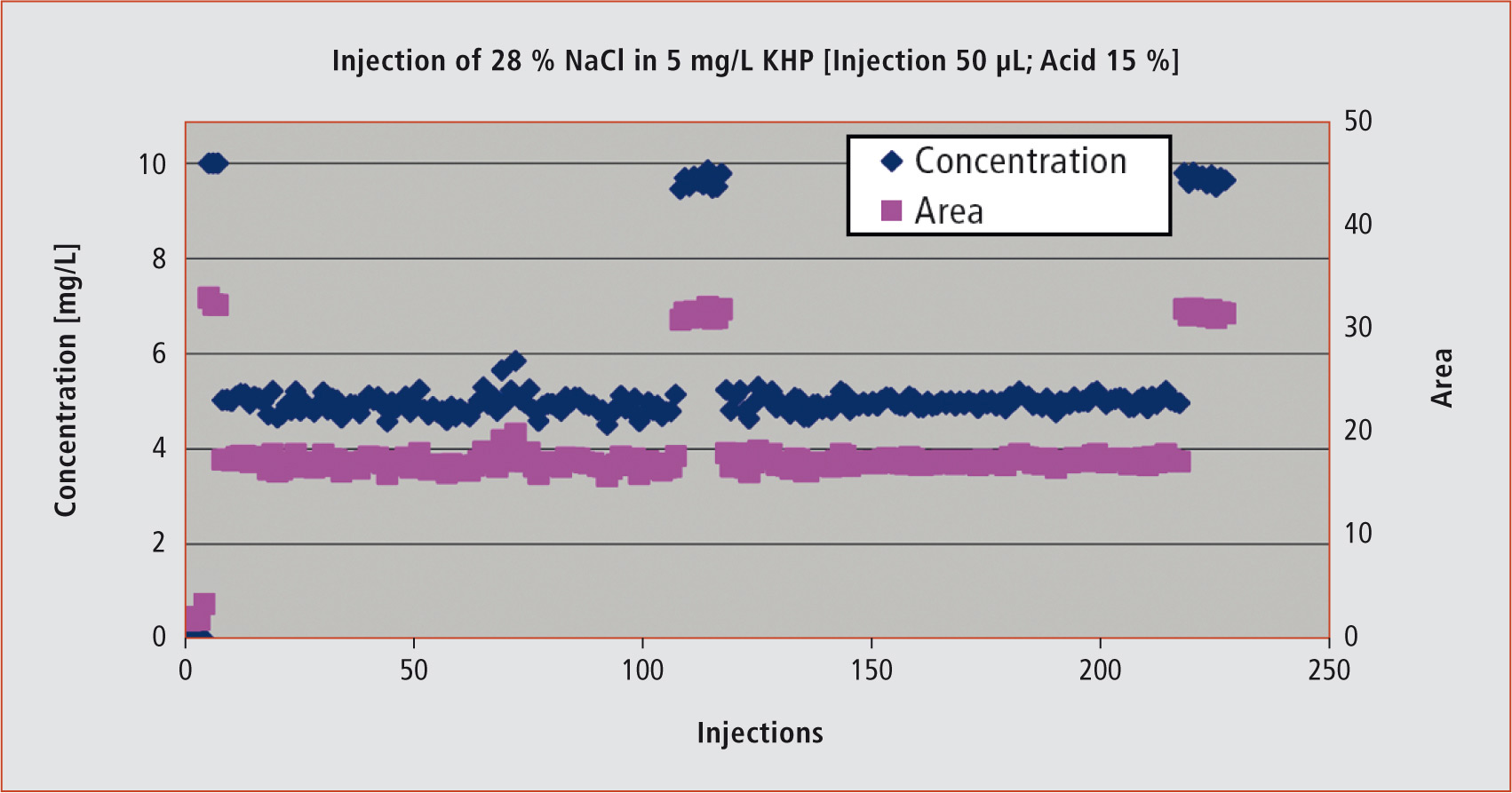 The use of a kit for salt-containing samples is, however, not only useful for laboratory analysis. Also in process analysis, in which online analyzers are working ‘around the clock’, these kits can be used in order to increase the lifetime of analytical systems.

The kits have been proven particularly suitable for use in wastewater control. To save water in industrial processes, part of the water is recovered from the wastewater. This is why the salt content in wastewaters is often increased.

Salt-containing samples cause salt buildup in catalysts during TOC determination and decrease the lifetime of the analyzer. A combustion temperature below the melting point in common salts reduces the occurrence of salt melts on the catalyst.

Additional kits for the determination of salt-containing samples enable failure-free analysis of samples with high salt loads, such as seawater or brines, and increase the lifetime of the analysis system – in the laboratory as well as in online analysis.