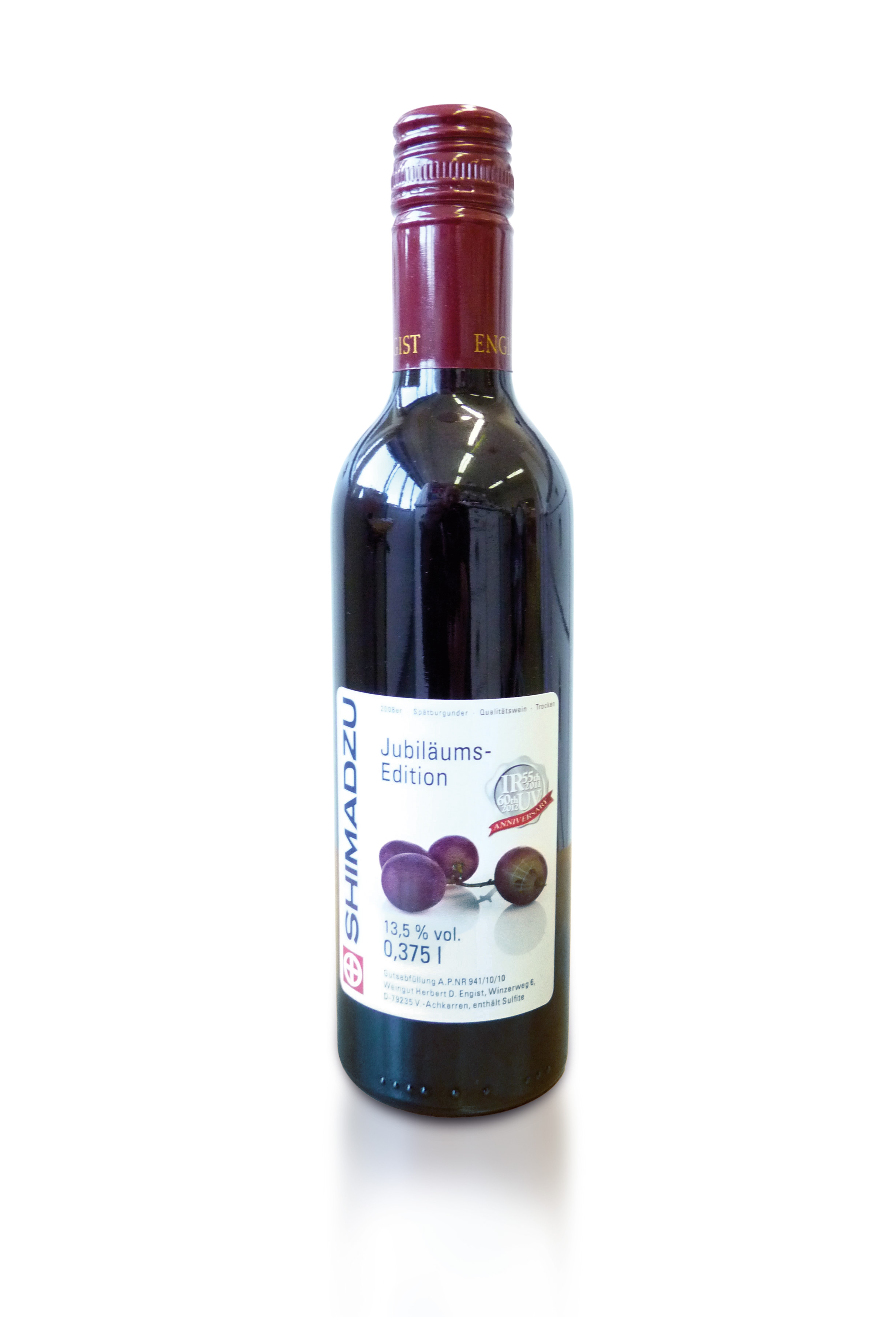 The substance resveratrol is a component of a plant’s innate immune system, which is produced under stress due to fungal attacks, bacteria, virus infections or harmful environmental influences. In chemical terms, resveratrol is a phytoalexin and belongs to the group of polyphenols. In addition to the anti-oxidative effect, it has more health benefits such as anti-inflammatory and chemo-preventive effects and is therefore the focus of current research.

Resveratrol occurs naturally as trans-resveratrol and as cis-resveratrol (see figure 1, structural formulae of resveratrol) and is present mainly within grape skins and – in lower amounts – in grape seeds, stems, vines and roots of the Grapewine. High concentrations are found mainly in vines whose immune systems are challenged by climatic fluctuations. To put it simply, German wines will contain larger amounts of resveratrol than French wines. Resveratrol is generally more pronounced in red wines than in white wines, as the mash remains in the pressed juices for longer. 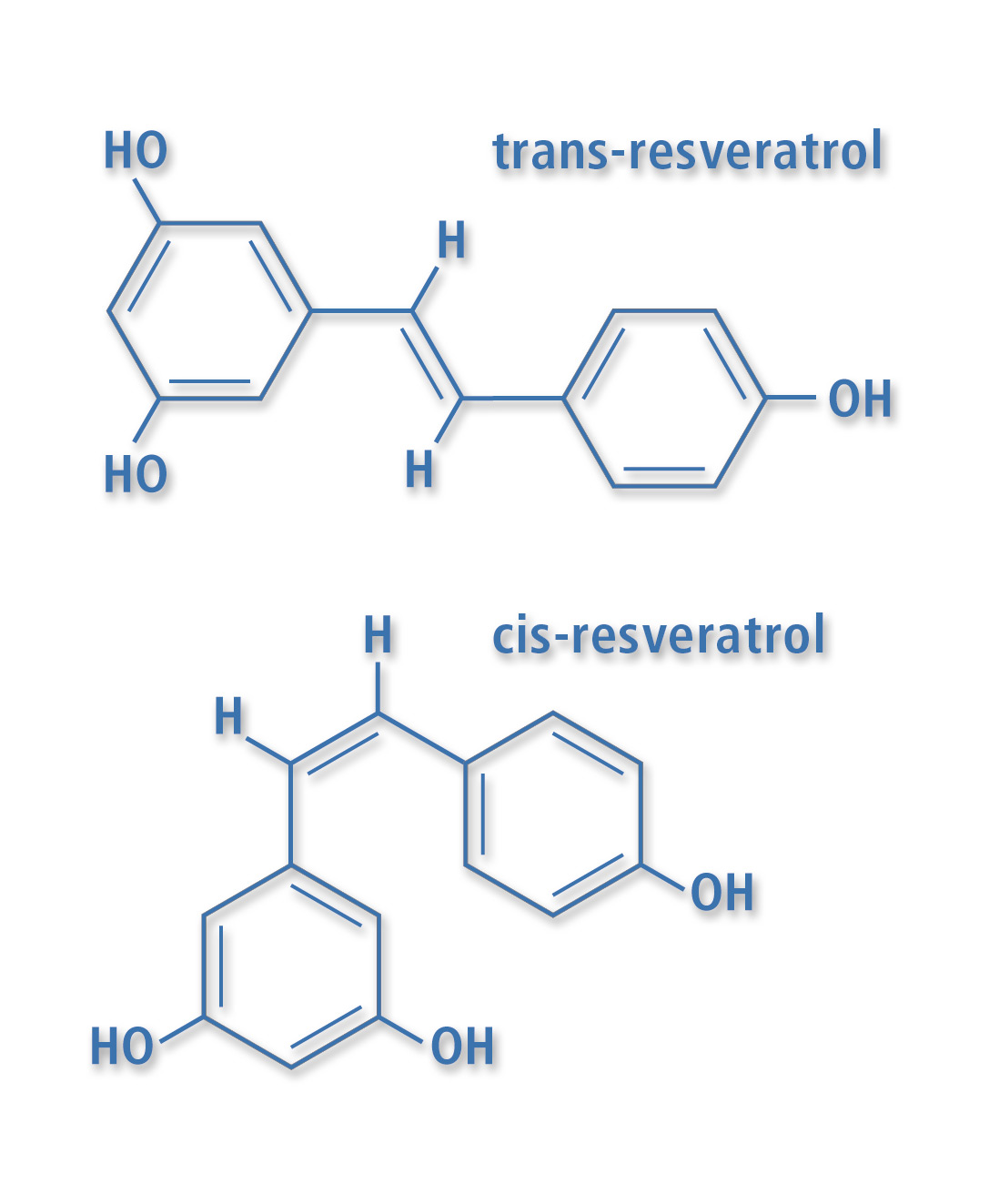 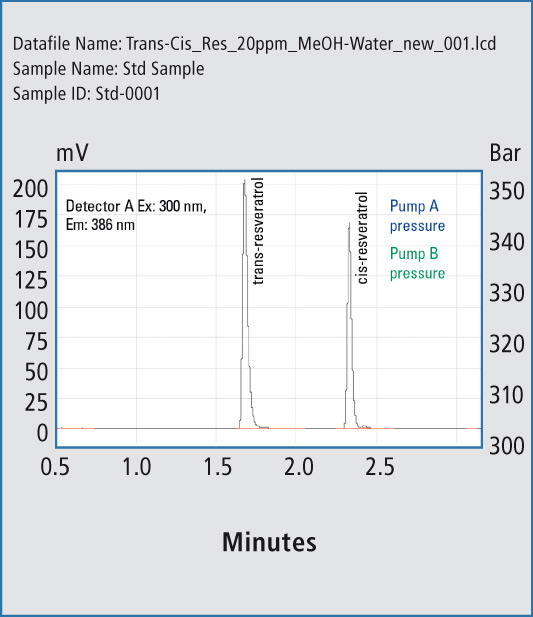 Figure 2a: Chromatogram of a 20 ppm standard mixture of trans- and cis-resveratrol (fluorescence detection) 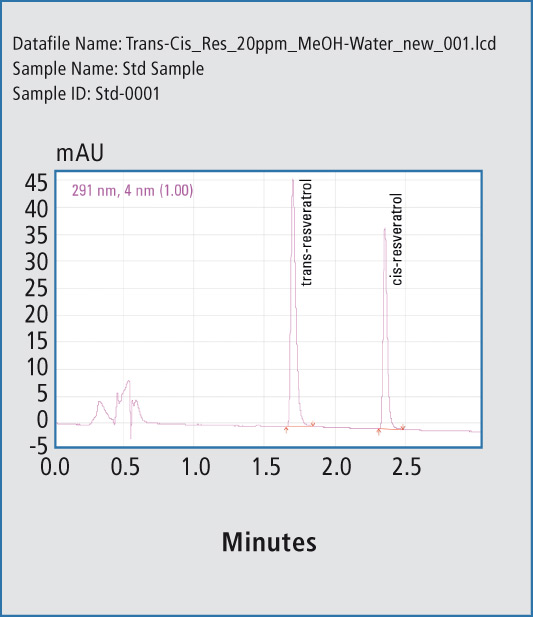 Figure 2b: Chromatogram of a 20-ppm standard mixture of trans- and cis-resveratrol (UV absorption SPD-M20A) 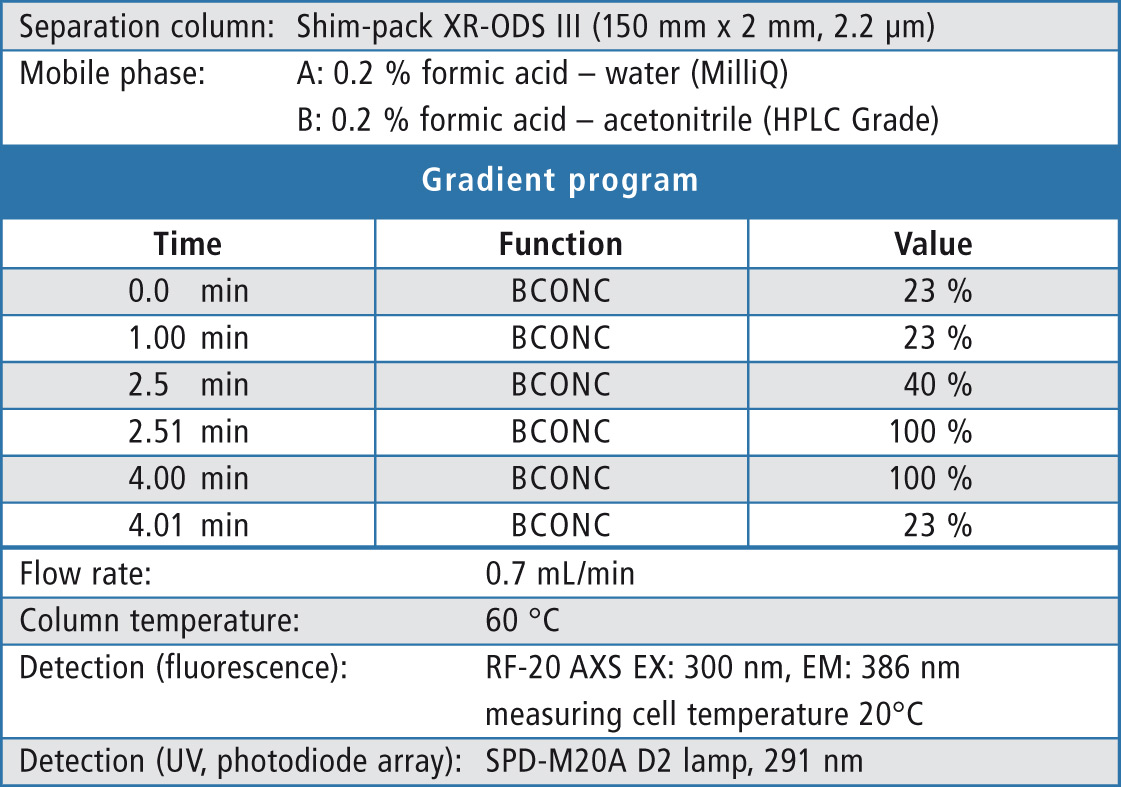 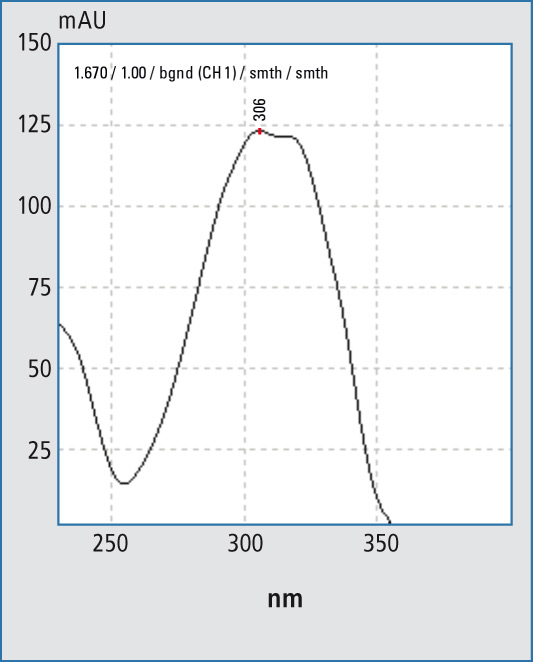 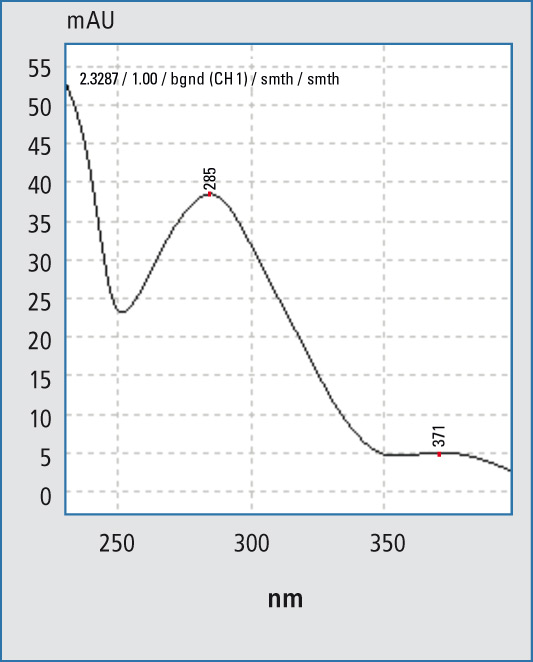 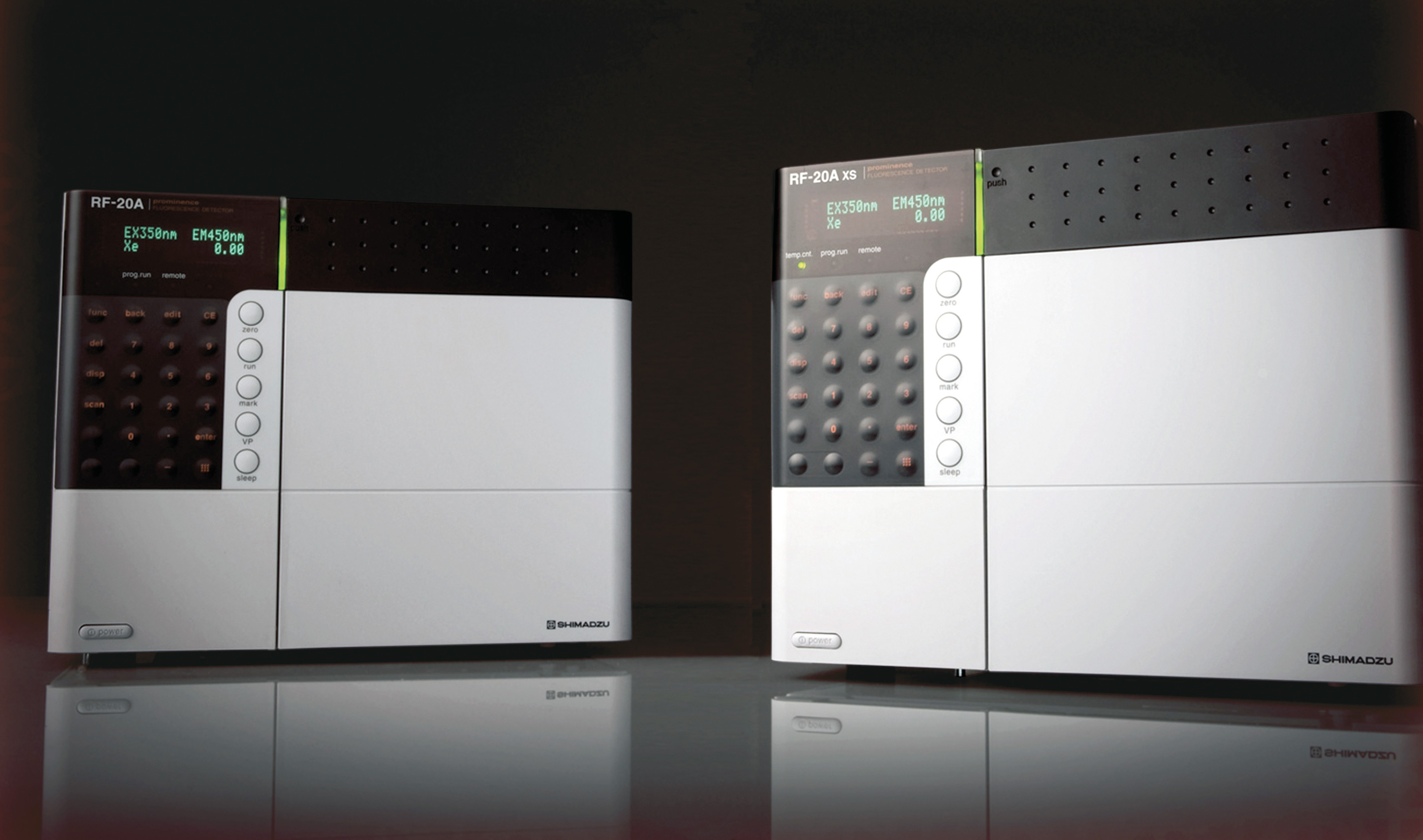 In addition to the extremely high sensitivity (signal-to-noise ratio of the Raman scattering of water > 2,000), the RF-20 AXS (Figure 4) also offers the possibility to thermostat the flow cell. By lowering the cell temperature, the temperature-quenching effects can be reduced and the sensitivity can thereby be increased even further. Figures 5a and 5b show an overlay of trans- and cis-resveratrol at various cell temperatures (20 °C, 30 °C and 40 °C). For both forms it can be seen that when comparing the absorption at 20 °C versus 40 °C, a sensitivity increase of more than 10 % becomes apparent. 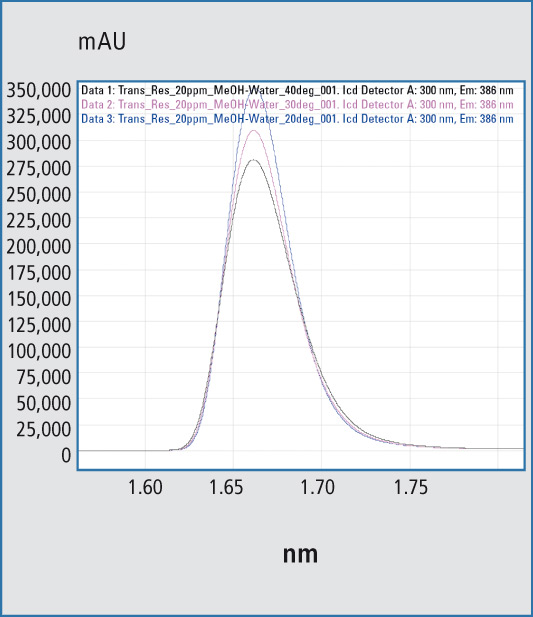 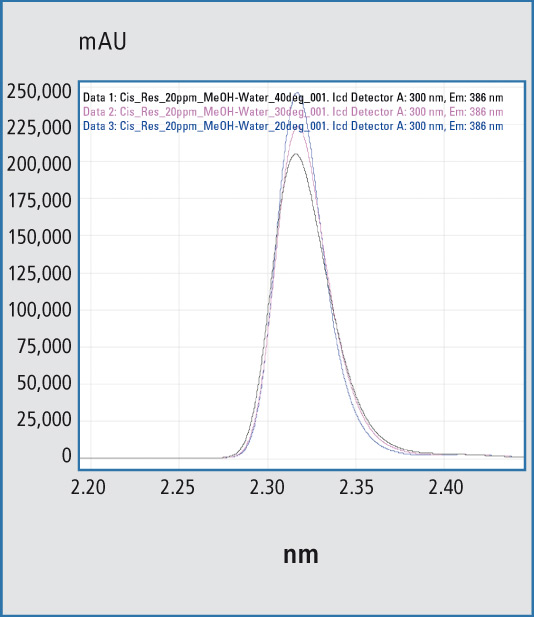 The sample put to the test

Shimadzu’s anniversary wine released at the occasion of the 60th birthday of UV spectroscopy and the 55th birthday of IR spectroscopy was analyzed for its resveratrol content. Wine sample preparation was carried out using liquid-liquid extraction according to the protocol in figure 6. 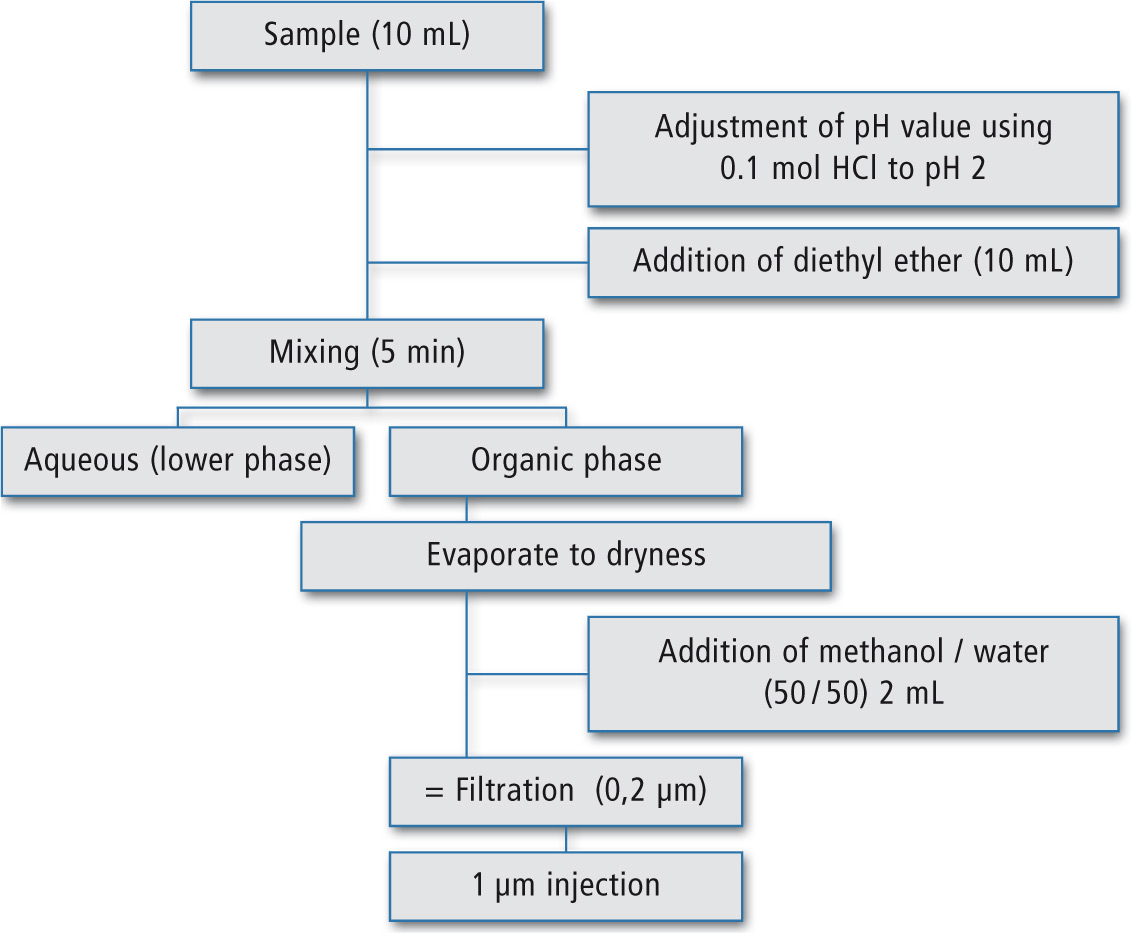 The fluorescence chromatogram for an injection volume of 1 µL is shown in figure 6.

This experiment, therefore, contributes to the scientific knowledge that red wine, when consumed in moderation, also has beneficial health effects.